14 Via Ferrate for Autumn

Ideal in October and November

After a summer with carabiners in your hands, autumn comes and inevitably you need to limit the via ferratas you can go. We go down to both the cold and the first snowfalls. On the other hand, if the first cold and short days limit some itineraries, the disappearance of the summer heat makes some low-altitude itineraries again viable. In this article we collect 14 via ferratas in increasing order of difficulties that we suggest to cover in the months of October and November.

Via Ferrata of Procinto and Ferrata Salvatori in the Apuan Alps

The so-called Apuan Alps they are a pleasant surprise whenever you have the opportunity to attend them. Their mix of wild and alpine environment a few kilometers from the sea make them something fascinating despite the low altitudes they develop. The autumn months are the most recommended months to cover, perhaps combining them, the Ferrata del Procinto and the Ferrata Salvatori with the Pania Forata. The starting point is the same and with a pleasant round trip you can take both. 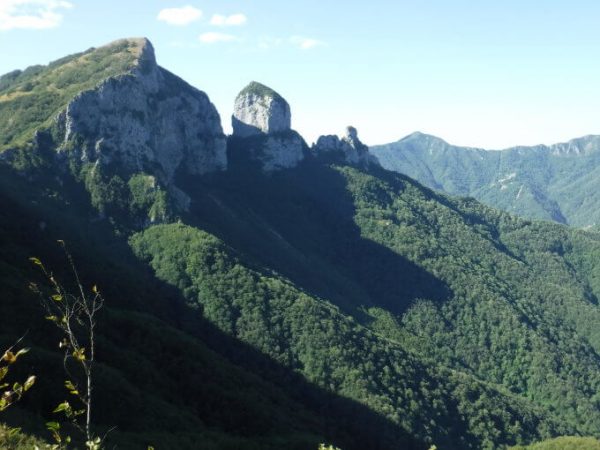 In the area of Lecco there are many aided routes. Some of these develop at low altitude and are ideal in the winter months. Going up in altitude, the Resegone offers some beautiful aided routes. The Ferrata del Caminetto or Buco della Carlotta is a fairly easy via ferrata that climbs from Passo Fò to Pian Serrada, climbing easy slopes into a chimney. Beware of the fog which, on still hot days, tends to rise from the plain and worsen visibility. 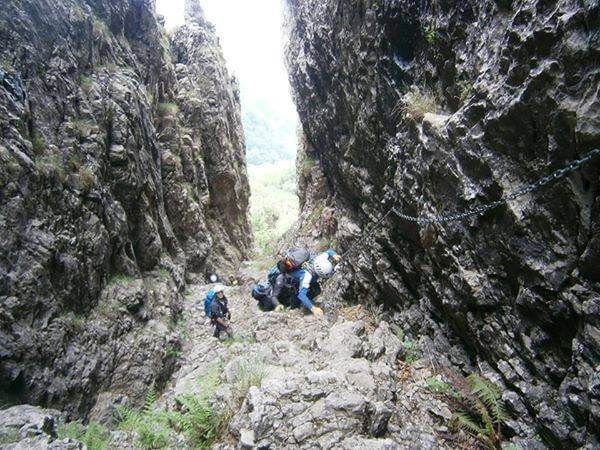 The Picasass Ferrata extends in the province of Verbania and rises on the western side of Lake Maggiore. From the ferrata you can enjoy a magnificent view of Lake Maggiore along the entire route, which generally remains of modest difficulty with a couple of more difficult passages, reaching Monte Camoscio above the built-up area of Baveno in about 2h 30 '. In 2019 the approach and return of the via ferrata were affected by the collapse of some trees and attention is needed along the paths. 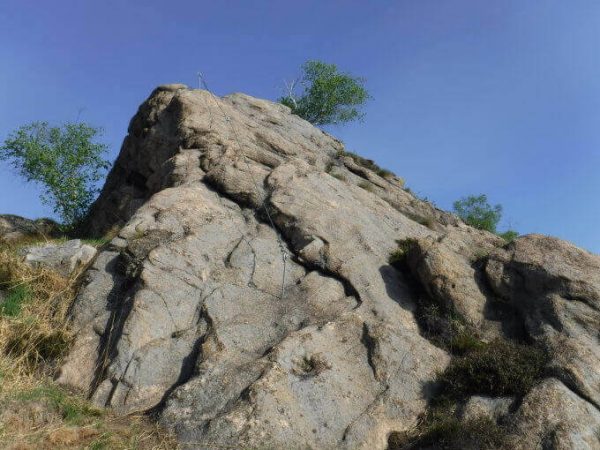 In the low Val di Susa we meet numerous via ferratas that, with the lowering of the temperatures, are a pleasure to go. The Ferrata Carlo Giorda ascending to the Sacra di San Michele is a rather long ferrata with a discreet difference in height that does not present significant technical difficulties during its journey. There are two suspension bridges and at the end of the trip it is possible to visit the Sacra di San Michele which, among other curiosities, is said to have inspired Umberto Eco for the book "Il nome della rosa". 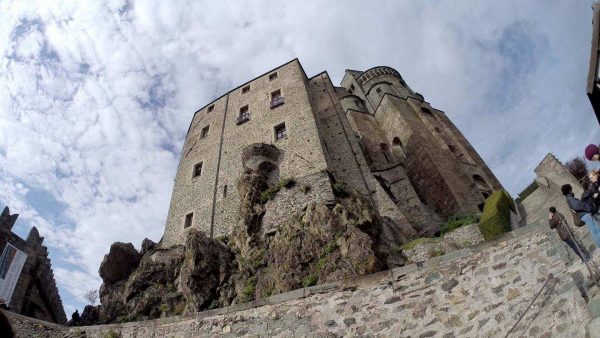 The so-called Small Dolomites along the border between the provinces of Vicenza, Verona e Trento they are a small corner of dolomite at low altitude. They have a particular microclimate and, although they do not present the dizzying precipices of their older sisters, they offer super walls for mountain lovers. In summer they are often shrouded in fog that inevitably rises from the plain in the afternoon. Autumn often offers the possibility to follow them with greater weather stability. It is possible to combine many itineraries in the area. We recommend the Ferrata Campalani ascending to the Carega from the eastern side. 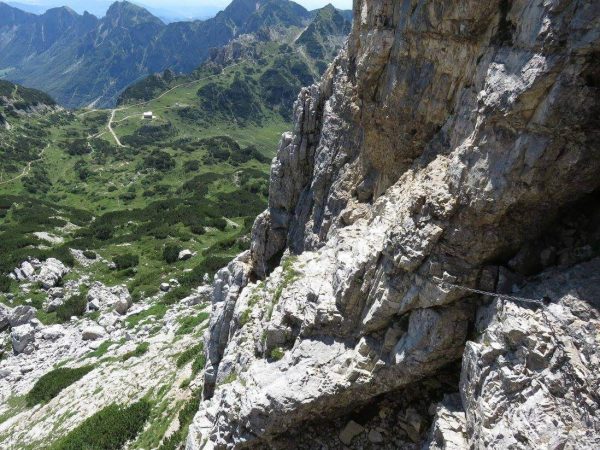 The long ferrata Che Guevara ascending to Val di Sarche at Monte Casale is ideally covered in the mid-seasons. We suggest to follow it in the autumn months with respect to the spring months due to the possibility, due to the melting of the snow, of falling stones which are not infrequently seen falling down as you walk down the route. The route is very beautiful, however long and with a long and demanding return. 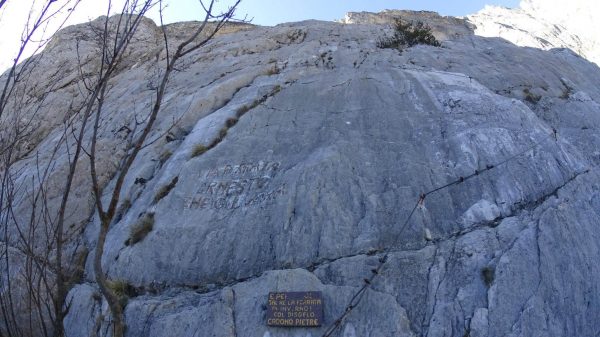 The recent Via Ferrata del Memoria al Vajont climbs up the steep slopes that rise steeply and demandingly from the gorge alongside the famous dam. The via ferrata is athletic and you need a good state of training to follow it. Excellent equipment, modern and in excellent condition. Given the low altitude, October and November are among the best months to go along it. 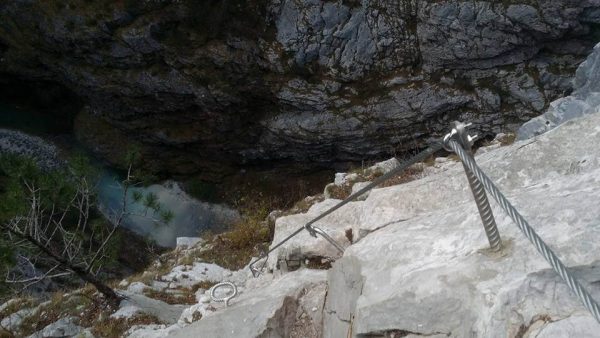 Via Ferrata Contessi at Monte Due Mani

Not far from Ballabio in the province of Lecco we meet this beautiful and demanding via ferrata that leads to Monte Due Mani. The via ferrata is made up of many sections where it is possible to go around the sections that you do not want to take. In Lecco style, it is aided with a chain and requires good climbing skills. The famous Torrione della Discordia is the most challenging and difficult variant of the route. The view from the summit towards the Grigne and the Bergamasque foothills is beautiful. 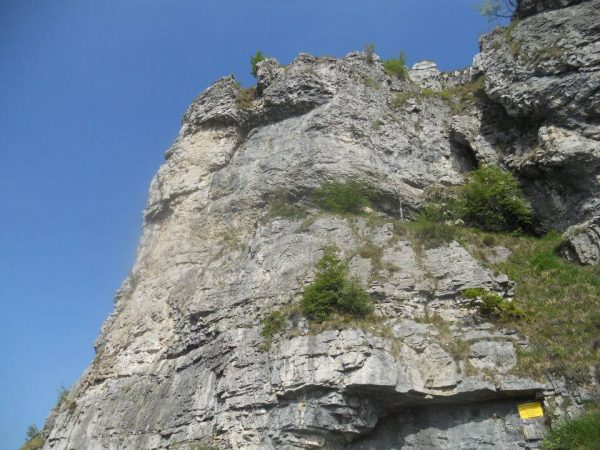 In High the Apennines of Reggio it extends this rather short but very satisfying way, landscape interesting and with a couple of non-trivial steps. The approach takes place in steep descent towards the bed of the Dolo Torrent and you go up a long sandstone blade until you return to the level of the car parking. A short itinerary that can be combined with the nearby via ferrata in the Reggio Emilia area. 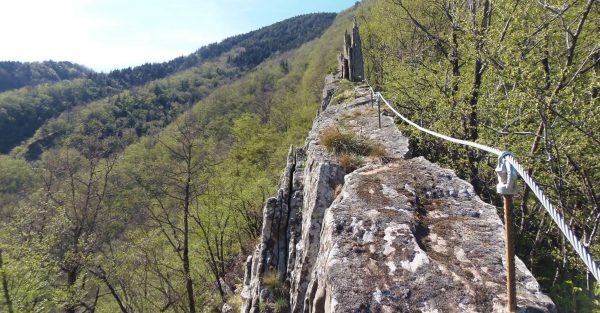 The Camoglieres ferrata in the province of Cuneo it is a vertical, exposed and athletic via ferrata. It extends at low altitude near the homonymous hamlet and climbs a steep rock face with an adrenaline-fueled itinerary and a long suspension bridge that will not let us miss some thrills. The itinerary is about 3 hours 30 minutes with a short approach. 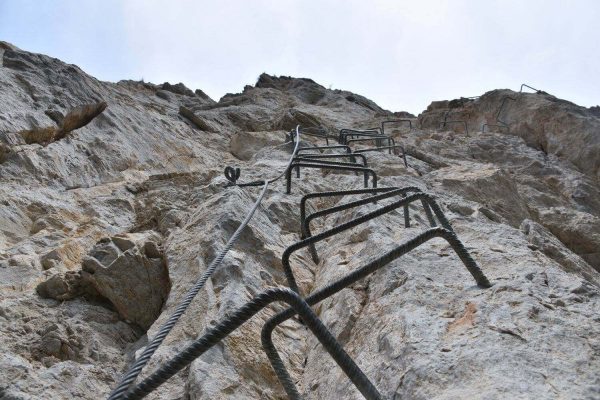 The Ferrata di Chiaronto in Val Varaita, province of Cuneo, is a modern via ferrata aided in an excellent way with athletic passages to be reckoned with. It is a via ferrata that does not reach a peak and has suspension bridges, networks of twisted cables to climb, overhanging passages. If from a technical point of view of climbing you can't talk about real difficulties, it requires a good physical shape. 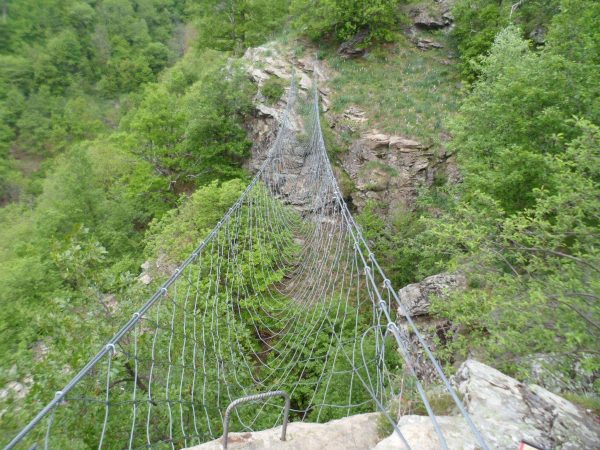 The Rocca dei Corvi via ferrata is a semi-unknown jewel. On the Maritime Alps, in the southern part of the province of Cuneo, the Rocca dei Corvi rises steeply in the sky. On the walls of this "mushroom" rises a demanding, exposed and adrenaline-filled route. Approach and return are short, making it ideal in the autumn months. 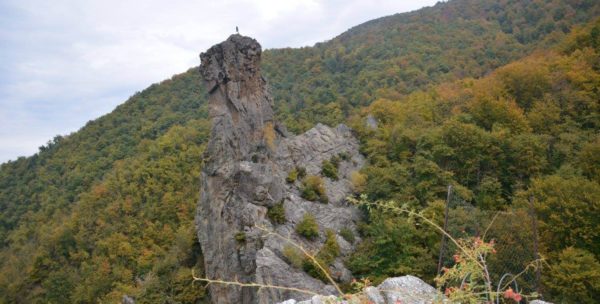 Ferrata Minonzio at the Zuccone Campelli

The Ferrata Minonzio allo Zuccone Campelli can be reached from the Piani di Bobbio or, possibly with a longer approach, from the Piani di Arteveggio in the province of Lecco. The via ferrata is of medium difficulty but generally exposed and with a couple of passages that are certainly more difficult. The return is by a gully which, in spring, is not infrequently covered by snow, making the descent more difficult, therefore we advise it to be covered in autumn. Obviously you have to pay attention to any snowfall at the beginning of the winter season. 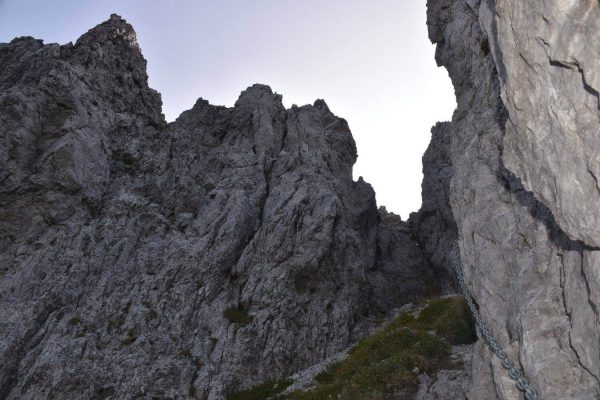 One of our favorite via ferratas. Gamma 2, the rock of Resegone, the need to climb, the objective technical difficulties of some passages and the satisfaction in finishing it. These are the sensations you encounter when you walk along it. One of the few via ferratas that deserve to be covered so many times to study every aspect of it. Not suitable for beginners and not to be underestimated by anyone. Range 2 in the autumn offers unique emotions before the winter period when the via ferrata is generally closed. In 2019 the via ferrata was closed for extraordinary maintenance and we are waiting for this beautiful route to be reopened. To the enthusiasts we suggest the Ferrata with Zucco Pesciola or the Ferrata to Monte Grona as two valid alternatives of similar difficulty level. 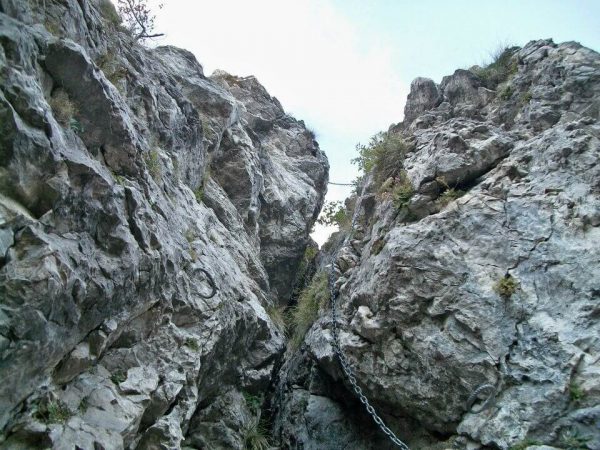