Via Ferrata or Aided path?

Although it seems anachronistic at first sight, it is useful to distinguish the via ferratas from the aided paths. As happens in everyday life, misunderstanding the meaning of words can lead to unpleasant situations, sometimes of real personal danger for oneself and others. We therefore try to shed light on the specific meaning of the two terms frequently used in the mountains and, specifically, on our site. 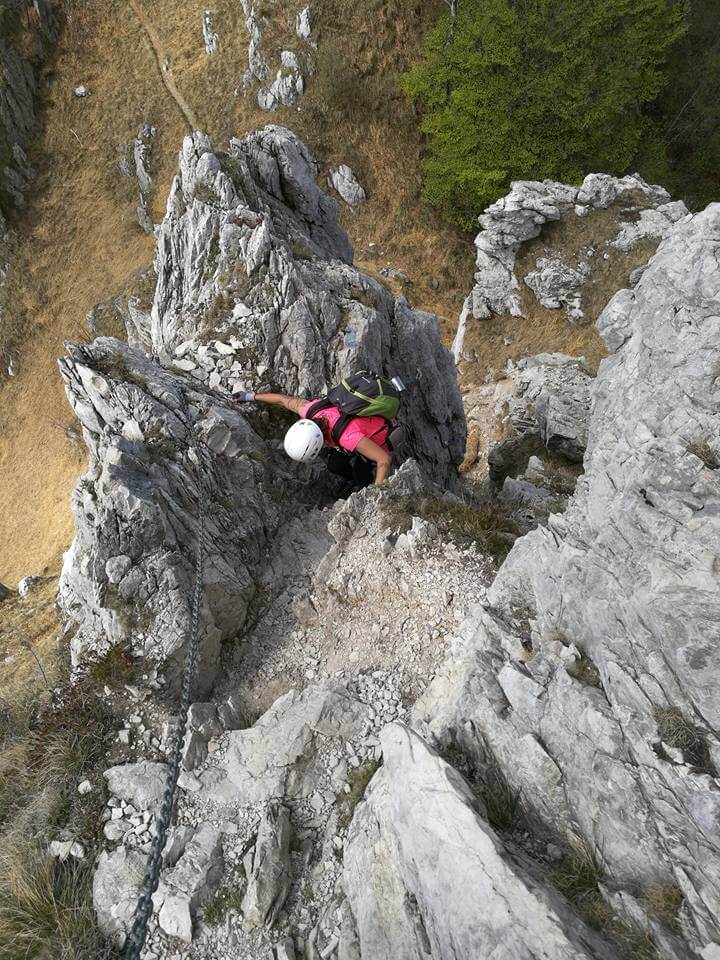 What is a via ferrata?

Let's start with synthetic definition indicated by the CAI:

“Set of structures and equipment fixed and / or artificially built on a rocky wall to facilitate safe ascent. This action, without the presence and use of artificial structures, would require knowledge and use of climbing techniques with individual climbing equipment (rock pitons, ropes and carabiners) or free body ".

Starting from this universally valid definition we try to elaborate some in-depth analysis.

First of all, to talk about a via ferrata you must have a series of structures and equipment fixed on a rocky wall. This equipment can be divided into two categories: 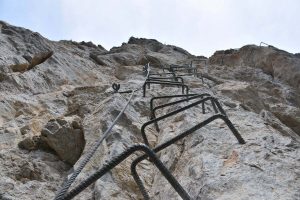 Without the presence of at least self-insurance facilities, we cannot talk about via ferrata.

The second part of the definition offered by the CAI, however, is the discriminant to distinguish the via ferrata from the aided paths. In via ferrata, the presence of metal equipment offers support for a progression that would otherwise be of a type mountaineering and would require climbing ability. Paying attention to the words one can guess that it is not theexposure or the feeling of emptiness to distinguish a via ferrata from an aided path. In fact, a via ferrata could develop at the level of the water surface of a stream, as happens for example for some via ferratas in gorges or ravines, and the progression in these stretches would require climbing ability without the metal structures.

And the aided paths instead?

The aided paths include metal structures and equipment to make sections of hiking trails easier and safer which, due to exposure, height difference, ground level or in specific atmospheric conditions, would be too exposed and potentially dangerous. The aided paths do not require climbing skills and do not have vertical stretches if not short and of modest difficulty.

We are in the Tofane above Cortina and from the Pomedes Rifugio we can undertake two itineraries with almost the same name that will surely have confused many hikers. We go up to Punta Anna with the Ferrata Olivieri or we reach the Rifugio Ra Vales under the Tofana di Mezzo col Aided path Olivieri?

We are talking about two routes which, apart from their name, vary significantly. The Ferrata Oliveri is a magnificent itinerary, vertical, climbable in some places, technical and difficult in others (see below the corner at the middle of the itinerary). To take this ferrata you need training and preparation. We feel, for example, to advise against newcomers and families with children or young children. 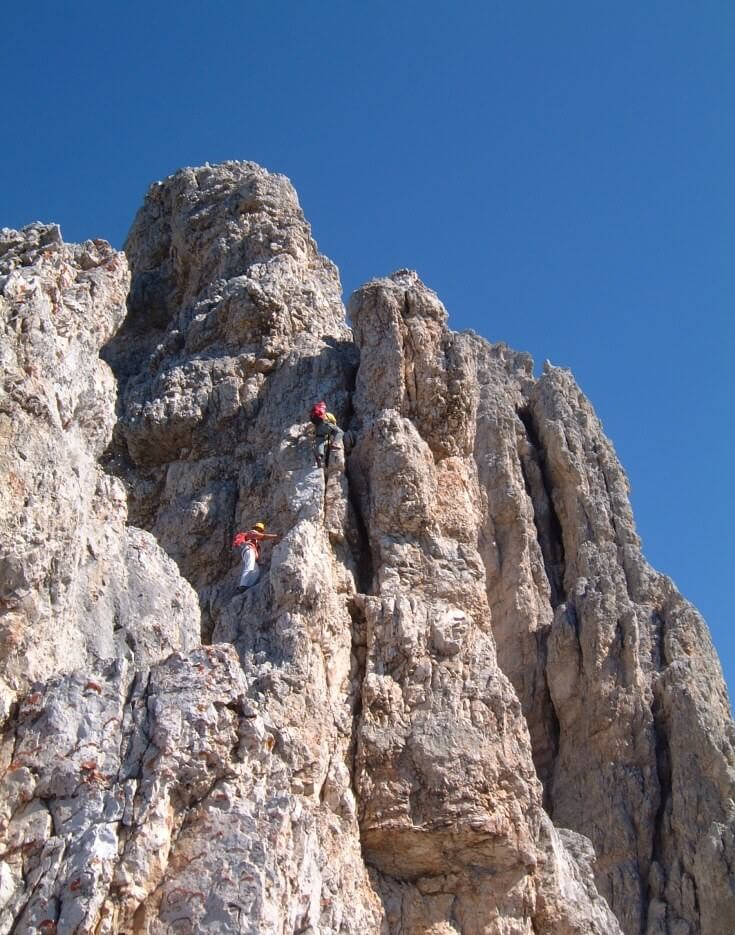 The Oliveri Aided path is one of the most beautiful aided paths we have traveled, not only for the view. The path is at times exposed and requires firm foot and good leg. However, the vertical part of the itinerary is very limited (a couple of jumps of a few meters) and is generally supported by metal ladders that cancel the technical difficulties. This itinerary can be undertaken by people who want to approach the aided routes, obviously observing all safety regulations and using all the necessary equipment.

In conclusion, awareness is a fundamental aspect

Whether it's via ferrata or an aided path, being in the mountains always serves caution, Preparation and awareness both of your own limits and the difficulties of the itinerary. It is essential to know the characteristics of the itinerary that you are going to cover and evaluate as objectively as possible if you are able to follow it safely. Clarifying the differences between via ferrata and aided path can help you better understand the characteristics of an itinerary.