Ideal as the first Via Ferrata

It is quite common to hear the question of what could be a good "first ferrata". Without the premise that on the one hand it is a subjective choice dictated by the accumulated experience and on the other that everyone knows himself better than any other person, we have made a short list of via ferrata which we suggest in this situation. On our site you can filter the easy via ferratas and these can be another starting point as well as some moderately difficult via ferrata you can lend yourself well to being a baptism for a hiker.

In the Ligurian Apennines in that stretch where the provinces of Piacenza, Parma and Genoa border two Via Ferratas develop - the Mazzocchie the Adolfo Ferrari - which can also be combined in a pleasant ring route. The Ferrata Adolfo Ferrari goes up a stretch of ridge and for large stretches it is more similar to an aided path than to a via ferrata. However, it has a couple of vertical passages that go well with being the first via ferrata experience. 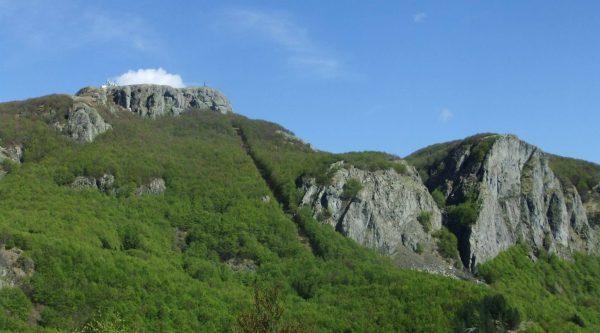 Ferrata of the Western Wall of Pietra di Bismantova

The recent Ferrata dell'Ultimo Sole overlooks the western slope of Pietra di Bismantova in the Reggio Emilia Apennines. This short ferrata is divided into two sections. A long stretch composed of ledges and low difficulty traverses that are well aided. At the end of this first section we ascend 100 meters with sustained verticality but well aided with brackets where the difficulties increase. And if "the appetite comes with eating" and at the end of this route we still have an appetite we can head towards the east wall where the historical one rises Ferrata degli Alpini to the Pietra di Bismantova. 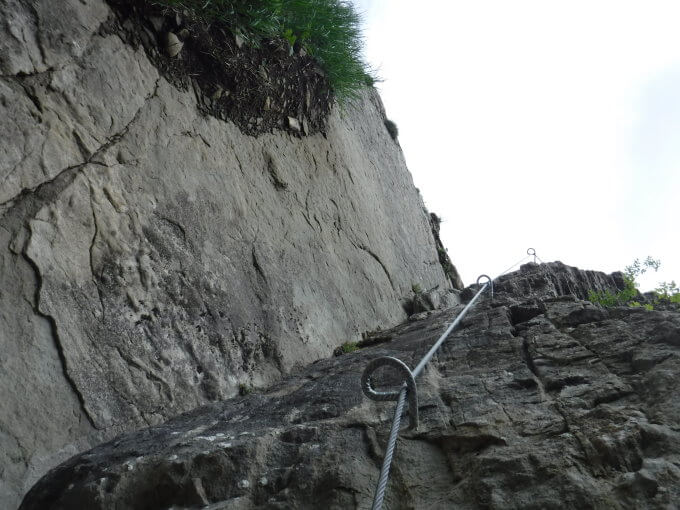 The short Ferrata to the Cascata di Ballino is a recent itinerary that runs parallel to the nearby waterfall. The itinerary is very beautiful from a landscape point of view and, given the limited technical difficulties, goes well with being the first climbing route. If on the one hand we will not test our desire to climb, given the numerous brackets, we will be able to walk a short suspension bridge and we will have to go back along the road disassembling it and this aspect is useful in view of the more demanding routes. 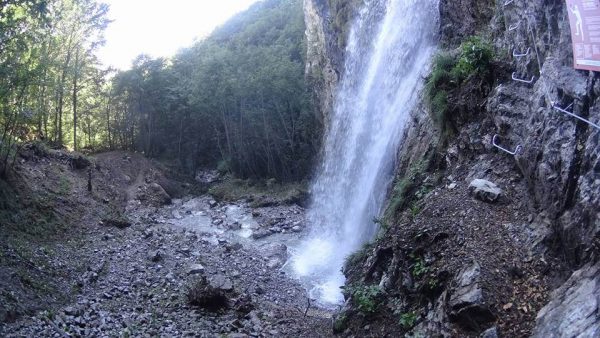 Ferrata to the Fanes Falls

The Ferrata at the Cascades of Fanes is the combination of several aided routes that run along the Forra del Rio Fanes: the Ferrata Giovanni Barbara, the Ferrata Lucio Delaiti and the Ferrata della Cengia di Mattia. The itineraries present limited technical difficulties and only a couple of challenging passages. The 3 routes can be traveled separately or all within the same day. Magnificent panoramas, pleasant approach and return without excessive differences in height. 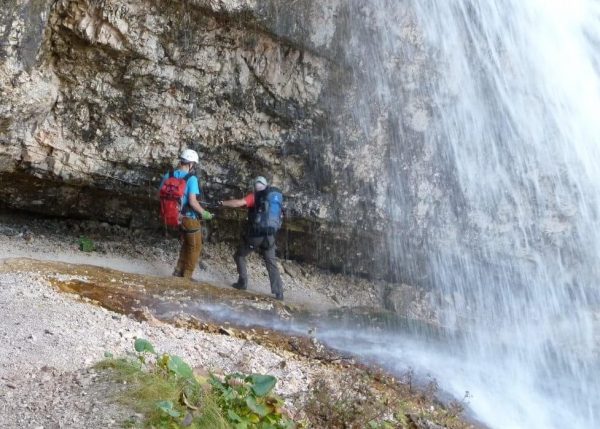 A few kilometers from Riva del Garda, near one of the climbing sanctuaries, the Ferrata Colodri extends. The Colodri is an easy, varied and, albeit with limited technical difficulties, it allows you to proceed trying to climb and sharpen your sight to look for footholds and supports during the climb. Attention in the summer months to the columns of tourists that travel along it. Ideal in mid-seasons. 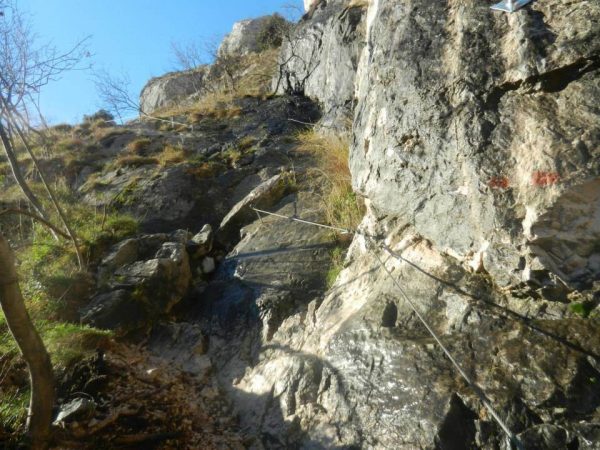 Ferrata Heart on the Cross of the Palabione

This via ferrata in the Valtellina climbs the ridge of the Monte Palabione without presenting technically difficult passages however remaining for large exposed stretches. The route is rather short and the route is very pleasant with the possibility of shortening the approach and return via the cable car. Pay attention to the loose cable in some places. 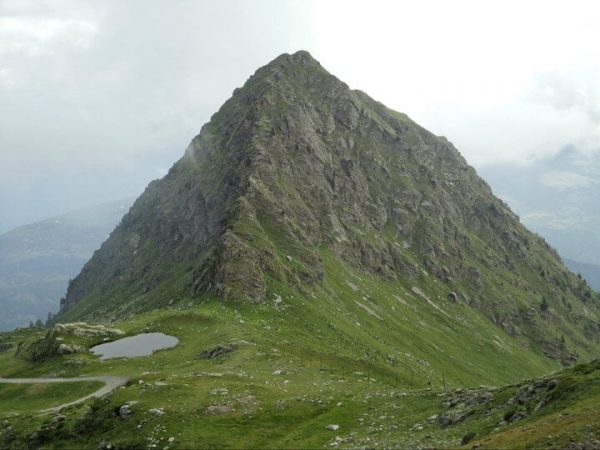 The Val di Susa it is rich in aided routes both downstream and near the passes along the border with France. The easy Ferrata della Ruceia is an interesting option as a first ferrata. The steep compact walls are aided with abundant pegs, brackets and sockets that support the progression along the 160 meters of elevation of the via ferrata. Short itinerary that, with approach and return, does not exceed two hours. 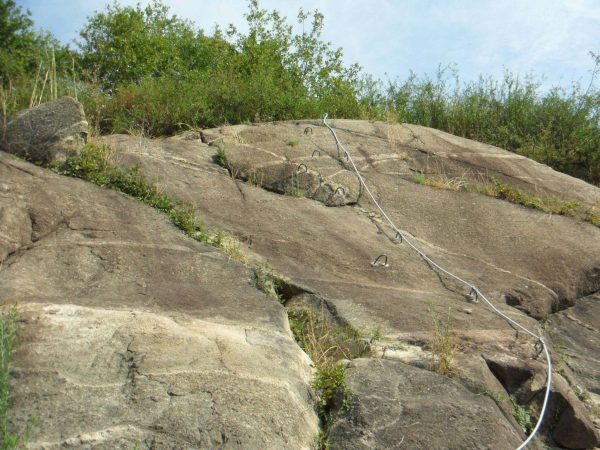 Near the Gardena Pass that separates the Val Badia from Val Gardena, we find in the northern slope the Cir, part of the Odle-Puez Group. The largest of the Cirs is home to an easy aided route that helps you climb the last few meters. Once the route is over, we will have a fantastic view of the northern reaches of the Sella Group, of Sassolungo, Val Gardena and Val Badia. For those wishing to add another itinerary to the day you can climb the Ferrata to the Piccolo Cir, however more demanding than that of the Grande Cir. 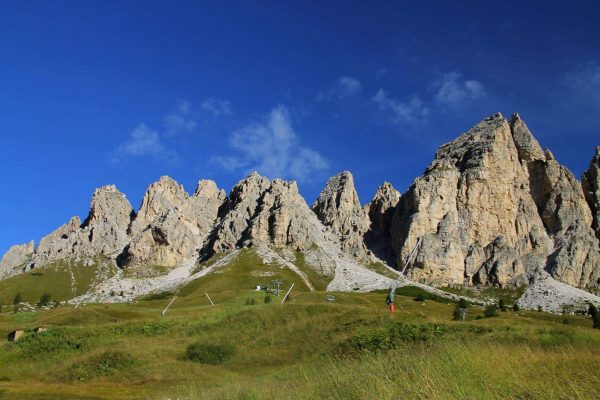 The recent Pra Catinat Ferrata has been opened in Val del Chisone. The via ferrata is short, ideal for a first approach to vertical aided routes. The steep and exposed stretches are well aided and the rope is always very well stretched. The view of the Val Chisone and the Rocca di Cavour is beautiful. 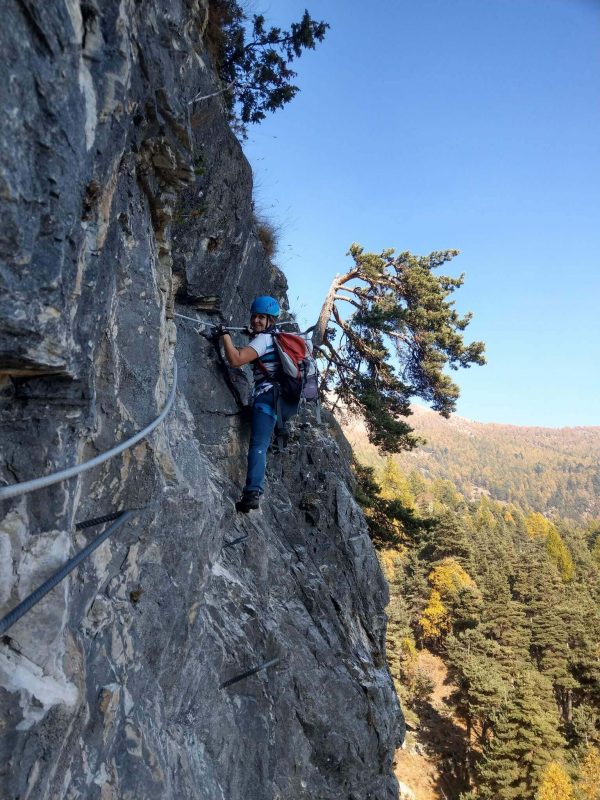 At the foot of the Tofana di Mezzo, near the Pomedes Hut, a new and easy via ferrata has been installed that climbs the Ra Pegna tower. This ferrata is the natural candidate for those visiting Cortina d'Ampezzo to be the first ferrata. Easily accessible by cable car, it offers the possibility of an easy climb, consisting of a slab supported for most of the itinerary. Breathtaking view throughout the trip. 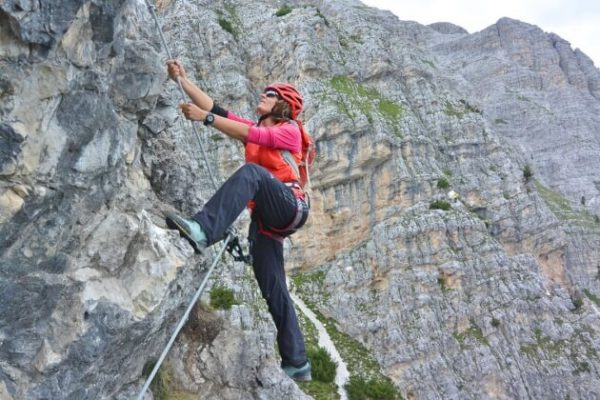 The easiest ferrata in the Agordino area is Sass de Rocia. The via ferrata is short, however exposed and vertical. Excellent grips both natural and artificial and, at the end, a marvelous panorama on the Marmolada, the Dolomiti Bellunesi, the Civetta, the Antelao and many other nearby peaks. 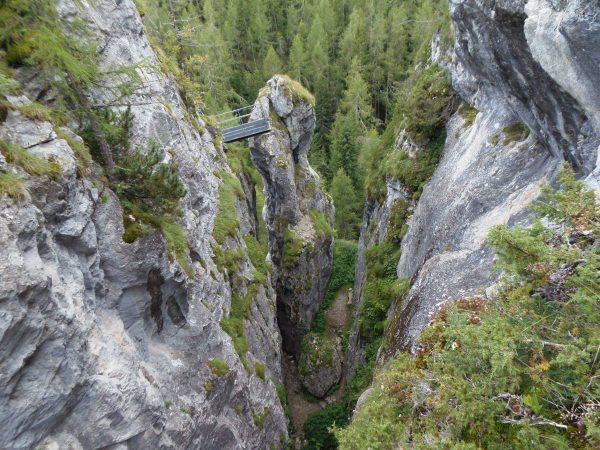 One of the most popular ferrate as "First ferrata of one's life" is the Ferrata Susatti in Cima Capi. The ferrata extends on a very logical itinerary with few brackets and pegs, easy grips and natural supports, a magnificent panorama on the Lake Garda and a peak to reach. Even the expert hiker appreciates this beautiful trip that can be combined with the neighbors Ferrate di Cima Rocca, to the Aided path Foletti and the Laste. Ideal in mid-seasons. Beware of summer overcrowding. 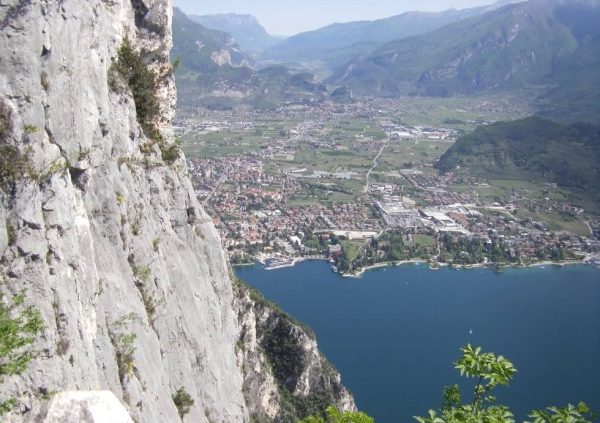