The Via Ferrata inaugurated in 2018

The 2018 is about to end and a thought certainly goes to the many areas of the Belluno area, of the Feltre area, of the Vicentine highlands deeply affected by the bad weather events that destroyed huge areas. Difficult, perhaps useless, to make reflections here on what are the causes that are inevitably due to a wider problem of coexistence between the human being and the aerialt in which he lives. The hope is that these areas, tremendously beautiful and just as terribly affected by the events, will rise again with the typical temper of the mountain dwellers and return to shine and dream.

Looking forward to 2018, 6 new climbing routes were inaugurated. The aided routes are very different from each other and are common to all of them being all in the Alps. For those who have not yet traveled, we collect them in this article.

Between the Passo Falzarego and the Passo di Valparola on the border between the provinces of Belluno and Bolzano we meet many aided routes. The new Ferrata Tenente Fusetti climbs on the southern slope of Sass de Stria and is an itinerary with an unreliable logic. The ferrata is of classic style with few metal fixtures and following a line of ascent with moderate difficulties. The environment in which it develops is rich in history and it is worth visiting it to remind us of the events and sufferings that took place in this area during the First World War. Medium difficulty ring route of moderate difficulty. 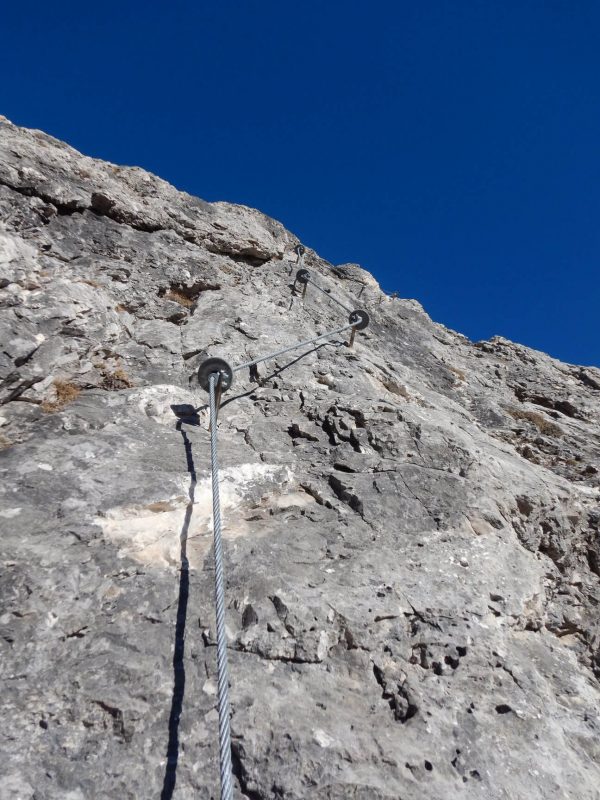 Ferrata of the Val di Scala to the Canal San Bovo

This new path was built in a rather isolated valley between the Lagorai and the Pale di San Martino. The via ferrata is very well aided, full of fixtures that significantly reduce its climbing ability. It is to be considered in many ways an educational ferrata and the greatest difficulty is the increasing exposure. Perfect equipment, shiny and abundant with a suspension bridge. Short itinerary that can be traveled comfortably in half a day. 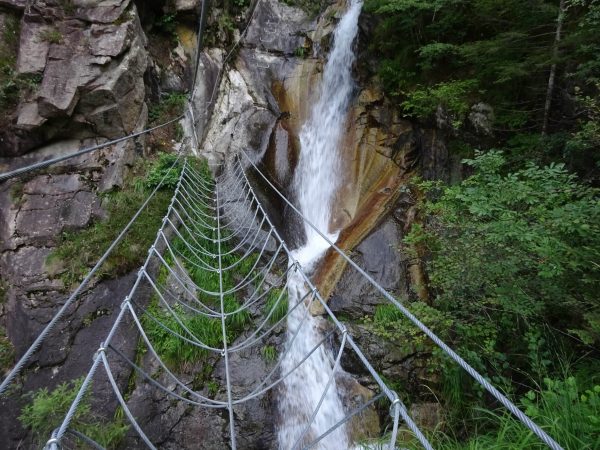 The Ferrata dei Laghi al Bombasel is the combination of two aided routes ascending to Bombasel, near the Alpe del Cermis in the Lagorai Group. The via ferrata consists of two routes ascending to the summit from two sides: the Ferrata Vertigo is of medium difficulty, the Ferrata Highway is easy and is largely similar to an aided path. The area is very beautiful and the via ferratas certainly deserve a visit even though the somewhat demanding Ferratists will find them too aided. 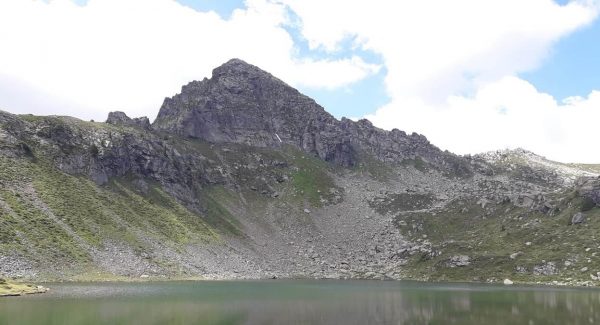 The Speikeboden Ferrata develops on the homonymous mountain on the western slope of the Aurina Valley at Campo Tures. The via ferrata is of medium difficulty, also very well aided, but it must be said that it follows a rather logical line of ascent that will also leave space to climb along the way. Present an adrenalinic suspension bridge. Very beautiful ring route with exceptional views over the mountains of the alpine ridge. 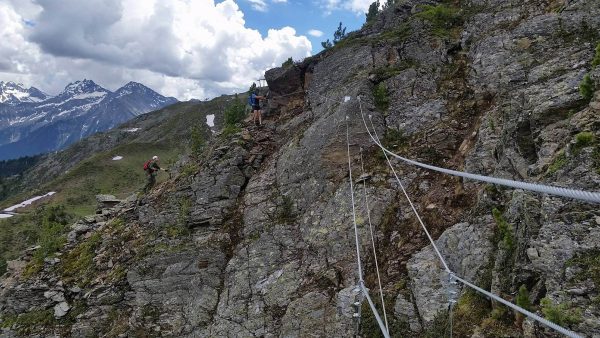 The Ferrata Anelli delle Anguane was installed in the Val d'Astico at a low altitude. The via ferrata is composed of some variants with difficulty levels from easy to difficult without, however, never becoming excessively demanding. Good rock and an intelligent use of the frames leave ample room for maneuver for those who like climbing in via ferrata. Attention to the summer months for high temperature. Ideal, in our opinion, in mid-seasons. 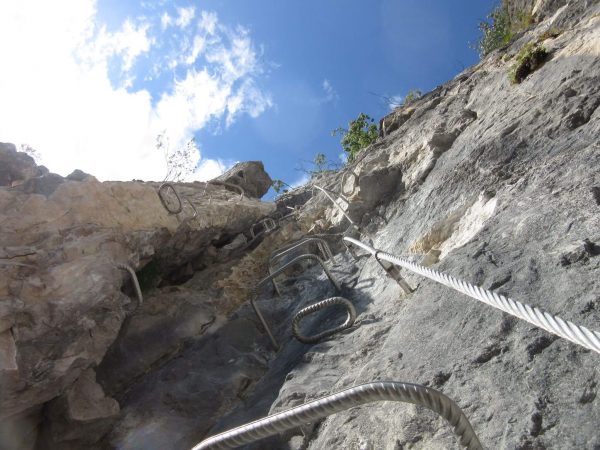 Ferrata to the Chaberton

Unlike the other new fixed-rope routes listed above, the Ferrata at the Caberton is a truly impressive itinerary, like the area in which it develops. Near the Montgenevre on the border with France, you can take the climb that leads from Claviere over 3000 meters to Mount Chaberton which, with its historic batteries, is a historical repertoire of the military border posts. Going up to the Chaberton can now be the combination of 3 aided ways: the Ferrata of the Batteria Bassa, the Ferrata of the High Battery and the last section of the ridge that runs along the historic Via Alpinista Perona. The itinerary as a whole is long, challenging and not to be underestimated. It could be said that the Western Alps now have their "Super Ferrata" like the Costantini for the Dolomites. To travel in good working order and with stable weather given the altitude, the height difference and the duration of the itinerary.