The Ferrata Adolfo Ferrari was inaugurated in 2004 and is an itinerary that runs along a ridge that leads up to Monte Roncalla (1683 m) between crags and pulpits. The itinerary is suitable for both beginners and experienced hikers who want to try out a fun climb avoiding the use of a self-insurance cable.

As often happens for routes that want to reach a summit, there are more possibilities as a starting point. In fact, it is possible to take the path aided both from the Genoese side (Rocca d'Aveto - 1280 m) and from the Piacenza side (Vincenzo Stoto Rifugio near the Crociglia Pass - 1468 m).

In this report we consider the climb from the Ligurian (Genoa) side. You will have to reach Santo Stefano d'Aveto and after the town take the road that steeply leads to Rocca d'Aveto. Park in the vicinity of the square from which the chair lift starts and take a paved road on the left.

The asphalt ends soon and after passing a gate continue towards the Tribolata Valley. We pass close to the walls of the Groppo Rosso until we come across yellow triangular signs. Before reaching the Tribolata Valley landslide, the first signs for the via ferrata begin to be seen. The ascent track is uncertain and needs attention. After a few minutes you reach the first rocks that will be covered free before reaching the start of the via ferrata (1h 15 'from the parking lot).

The via ferrata starts by climbing a rocky spur where easy and moderate stretches alternate which we recommend to tackle by climbing using the cable only as a self-insurance. Following that we meet a chimney that in its initial part is slightly more difficult as a technical level. Subsequently some metal equipment facilitates the progression and leads us between rocks and saddles at the base of a slab. The slab has grips and slots ideal for climbing. At the end of this slab we are near the last rocky pulpit that presents two options:

After this last rocky prominence we continue to the meadows that after a while lead us to the top of Monte Roncalla (40' from the start - about 2h from the parking lot).

After the via ferrata there are two options:

The Ferrata Adolfo Ferrari is an off-track itinerary that helps you discover an interesting corner of the Ligurian Apennines. The itinerary never presents sustained difficulties.

It is possible to insert them in a loop tour with the nearby Ferrata Mazzocchi for a longer itinerary (around 6 hours including stops) but very satisfying and varied. Although as the crow flies they are not particularly distant, the Via Ferrata Deanna Orlandini and the Ferrata alla Pietra Nera they are actually quite distant for the type of roads. Could be combined in several days stay in the area. 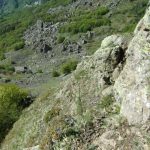 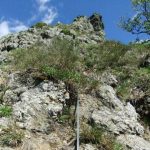 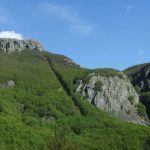 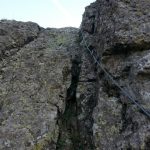 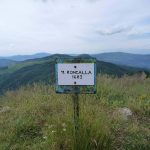 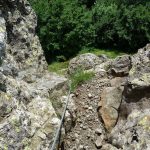 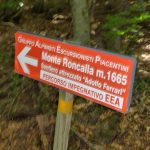 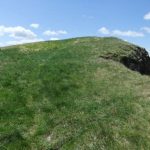 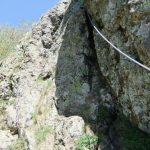 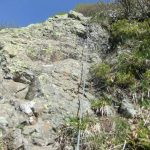 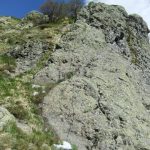 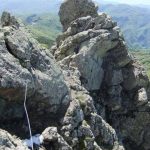 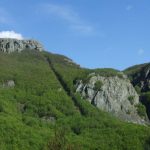