Via Ferrata Angelino to Monte Generoso

The Ferrata Angelino is an easy itinerary located in Switzerland, 30 minutes from the Chiasso border barrier. The itinerary has an approximate 2 hour approach and the via ferrata allows to go up the ridge of the Monte Generoso. The via ferrata has no difficult stretches even if 3 stretches can be defined as of medium difficulty compared to the rest of the easy route.

The starting point of the itinerary is near Mendrisio, 30 minutes by car over the border with Switzerland at the Chiasso barrier. Once in Mendrisio, you must reach the Trattoria Peonia where there is ample parking (for a fee - take coins with you) to the route side, on the left edge.

Follow the dirt road that enters the wood until you reach the Bellavista train stop (1223 m). From here we continue initially along the via ferrata then along the hillside to the arrival station of the train (1600 m). From the station follow the signs to the top of Monte Generoso. Shortly before reaching the summit follow the signs to Lanzo d'Intelvi that run along the northern slope of Monte Generoso until you reach the start of the Angelino Ferrata (2h from the parking lot). (2h from the parking lot).

The via ferrata starts with one short ledge towards right that leads us to a short, slightly overhanging staircase that deposits us on a small terrace. At this point we descend a couple of meters with the help of a chain and reach a second ladder, longer than the first. Once you finished the ladder, you see right away a second ladder and after that an exposed horizontal traverse where you proceed in adherence. You undertake a third ladder and you begin an easy ridge path with the rope that often serves as a handrail. We then come to a dihedral to be climbed using both artificial and natural grips. Cross some small rocks and continue along the easy stepped path until you reach a short vertical wall where you can climb it up again and then cross a suspended wooden bridge . We are now near the cross of the foresummit (1694 m) that we will cross. We continue initially descending a few meters and then along an aided path we complete the climb to the summit (1704 m - 30 'from the start - 2h 30' total).

Descend the obvious path in the direction of the train station and from there backwards along the forward path (1h from the top - 3h 30 'total).

The Angelino Ferrata is an easy via ferrata, with a couple of slightly more challenging passages (overhanging initial stairway, crossing between the two staircases, dihedral) which, however, can be considered a good baptism even for new Ferratists, ideally accompanied by someone more experienced.

Not far from the Angelino Ferrata in Italy there is the Centenary Ferrata of CAO Como on the right bank of Lake Como. Always going up that side of the lake, one could reach Chiavenna for the Ferrata Succetti and the Pietro Biasini via ferrata. 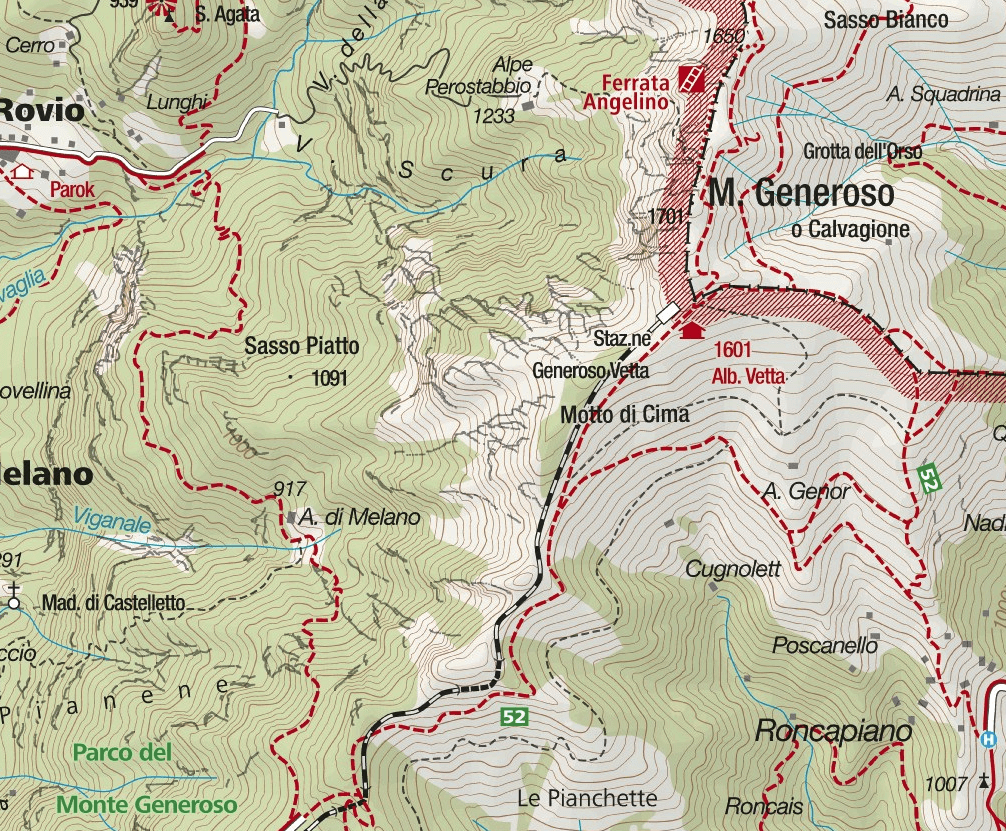 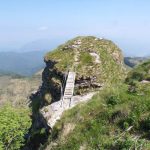 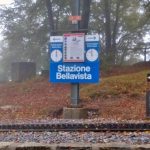 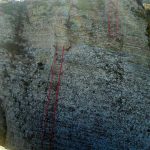 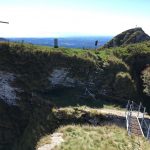 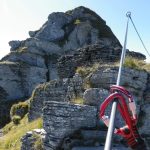 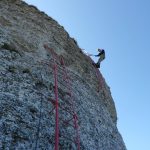 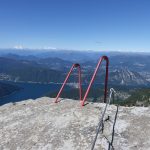 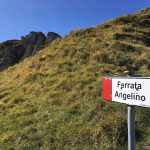 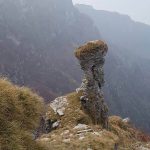 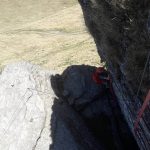 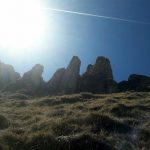 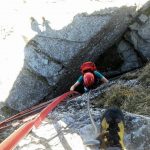 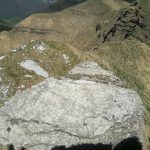 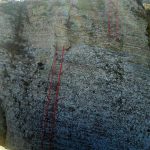 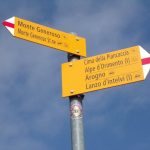