The Ferrata dell'Averau climbs the highest peak of the Nuvolau Group in the Ampezzo Dolomites. The via ferrata is short and presents generally easy passages except for a couple of challenging meters due to the lack of supports. The ferrata is quickly reachable from the nearby Rifugio Averau and can be easily combined with the nearby Ferrata Ra Gusela.

The Ferrata Averau can be undertaken either from the southern slope (Passo Giau) or north (Passo Falzarego) of the Nuvolau Group. The fastest option is to start from Passo Giau using the ski lifts that take us to the Averau Hut very close to the via ferrata. In this case, from Passo Giau - reachable from Cortina d'Ampezzo and Selva di Cadore - we descend towards Selva for about 3 km (5 minutes by car) where near a bend there is the Fedare Hut parking area and the lifts of ascent. Directions for Google Maps available here.

Starting from Passo Falzarego we park at the pass and on the southern slope we undertake the trip. Directions for Google Maps available here.

In both proposed routes we will have to reach the Averau Hut.

Going up the slope of the Giau Pass, you can use the ski lifts that go up directly to the Averau hut.

From the hut we follow the clear indications that with an easy path to the north-east there close to the walls ofAverau and lead us tostart of the via ferrata (15 'from the hut).

From the start of the via ferrata we can see theentire first section of the route in its development. Let's start with a traverse about ten meters diagonally to the left. Good grips make it quite easy. We continue for a few vertical meters in a fairly smooth wall without grips that make it the key passage of the route. Then we reach a crossroads:

It must be said that the option of the chimney is generally traveled downhill in situations that are anything but rare with traffic jams along the via ferrata that is traveled both uphill and downhill.

Let's continue now on a ledge until you reach the second vertical section of the route. We will have to go up a aided groove. After a first jump we continue on canalino of modest difficulty looking for the abundant feet support. We leave the groove and the equipment ends (15 'from the start).

From the summit cross descend backwards to the outward journey which naturally tends to be subject to traffic jams in the high season periods. Descend the via ferrata to the start where, based on the starting point of the itinerary, we will evaluate whether to return to the Averau Hut to take the chairlift in the direction of Passo Giau or whether to continue towards the Scoiattoli Hut and then take the path 440 towards the Falzarego Pass.

The Ferrata dell'Averau is generally considered an easy via ferrata suitable for neophytes. The number of people who travel through the high season (often without adequate protection) suggests this. However, while remaining an overall viable route without substantial and very short difficulty, it has a couple of steps that require attention and a single pass where the lack of holds will require some traction. In addition, the via ferrata will have to be traveled downhill and this is always an aspect to consider. From the summit there is a wonderful view of the various Dolomite groups of the Belluno area.

The Ferrata al'Averau is often combined with the neighbor Via Ferrata Ra Gusela at Nuvolau. You could avoid the ascent with the lifts from the Giau Pass and go up the Ra Gusela first and then reach Forcella Nuvolau head towards the Averau for the Ferrata, combining them in the shortest possible time. Alternatively, from Passo Falzarego you could first take the cable car up to the Cinque Torri and then first reach the Ra Gusela and then the Averau and then return to the top station of the cable car.

The area of the Falzarego Pass is very rich in aided itineraries. On the Lagazuoi we meet the Aided path Kaiserjager and the Via Ferrata Alpina at the Col dei Bos. Going down towards Cortina we also meet all the Tofane ferratas, among which many routes depart from the Dibona Hut: the Ferrata Ferrata Aglio to the Tofana di Mezzo and Olivieri at Punta Anna , the Via Ferrata Lipella to the Tofana di Rozes, the Aided path Astaldi and many others. Continuing in the direction of Val Badia we also meet the challenging one Ferrata Tomaselli and Aided Path Tru Dolomieu. If instead we went south towards Alleghe and the Agordino we could undertake the Ferrate al Civetta: the Ferrata degli Alleghesi, the Ferrata Tissi, the Ferrata Costantini at Moiazza to the Moiazza or the Via Ferrata Fiamme Gialle at the Palazza Alta. 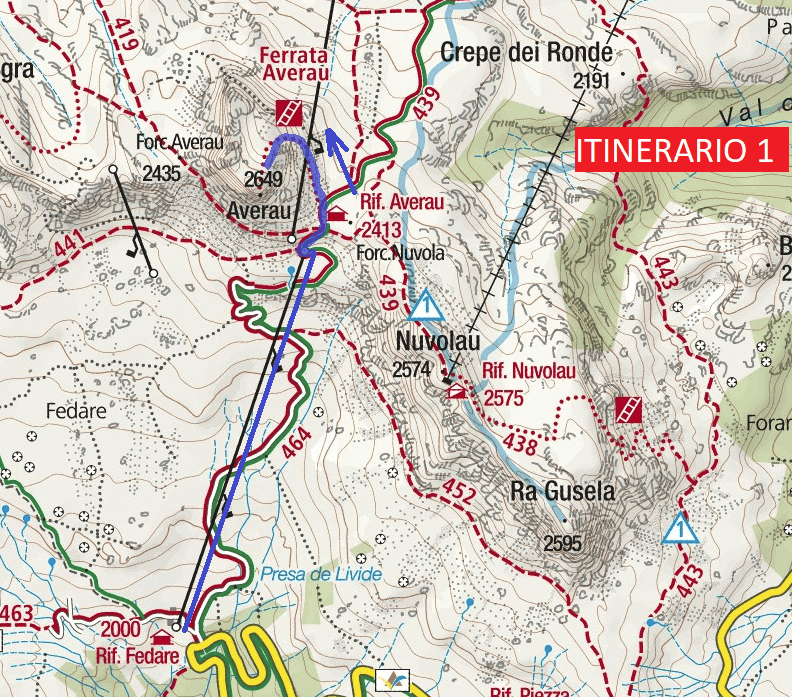 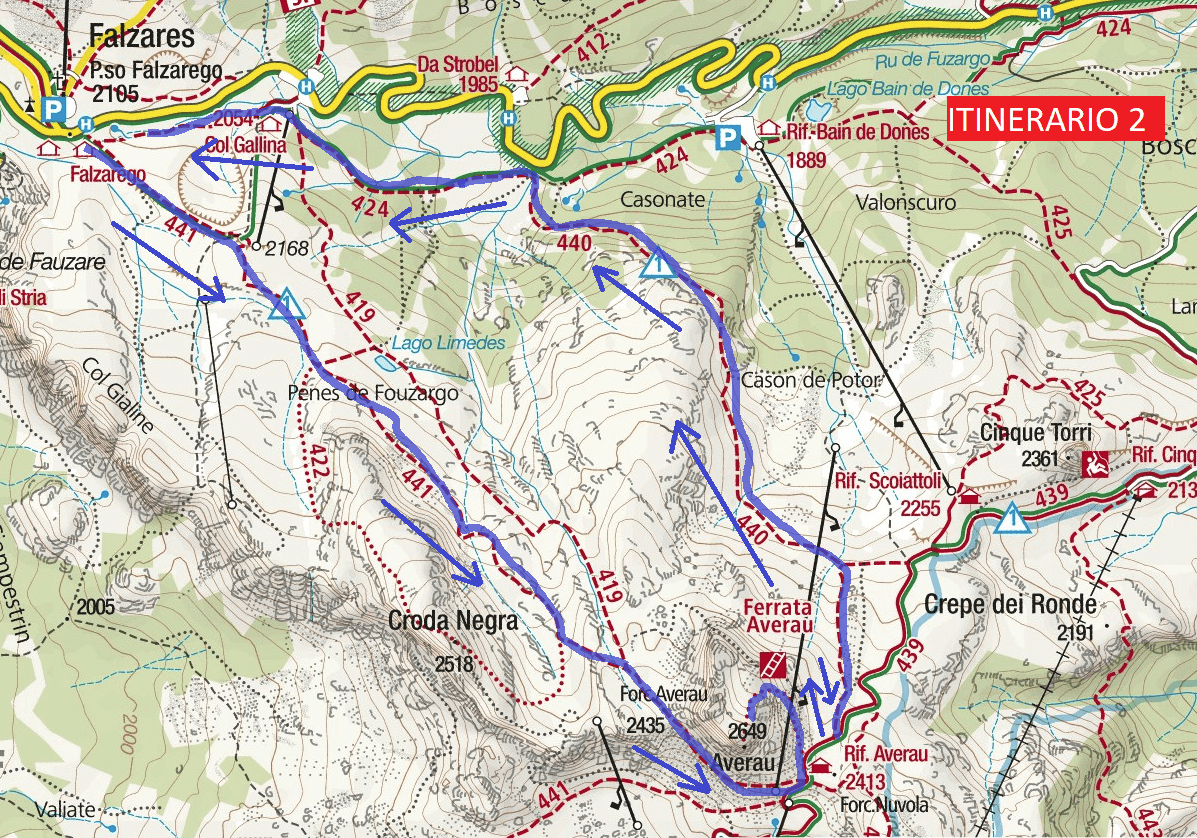 Images Ferrata Averau. The images included in the report were sent to us by the users of the site. If you are interested in sending us photos, use the form on the left or send them to our Facebook page. 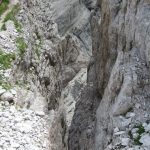 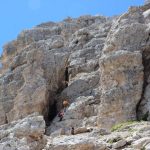 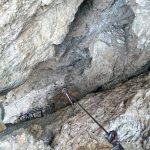 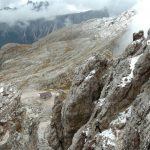 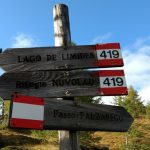 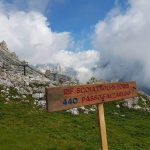 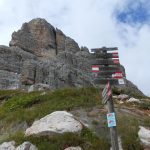 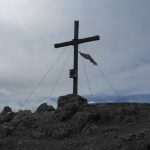 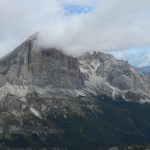 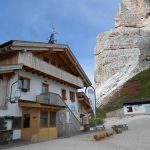 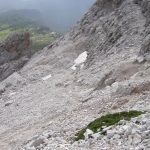 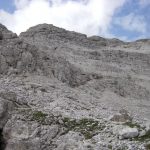 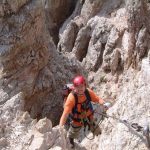 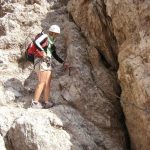 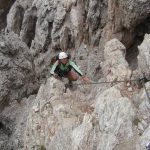 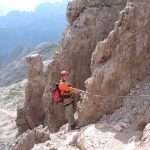 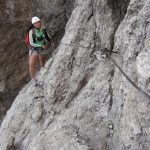 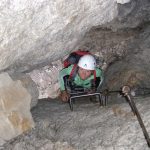 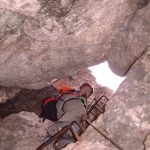 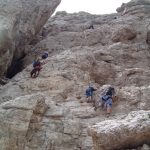 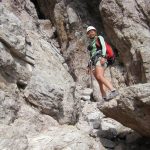 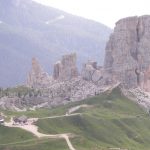 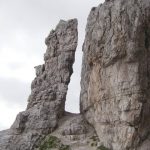 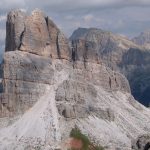 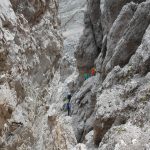