The Ferrata della Balma is an athletic via ferrata that extends on an old abandoned rock quarry. This recent itinerary recovers and converts an area previously exploited for industrial purposes, now instead available to mountain enthusiasts. The climb is short, vertical and exposed but never difficult. It is a pleasant itinerary that can easily be combined with one of the other via ferratas present in the Biella area during a day.

The starting point of the itinerary is near a former quarry in the municipality of San Paolo Cervo in the province of Biella. Going back about 10 km from Biella along the valley crossed by the Cervo torrent, having reached the Balma area, you will turn left onto a bridge that crosses the stream. Immediately after, turn right to find a parking space, seeing on our left a rock wall on which both the ferrata and the cliffs are present.

You immediately face a vertical wall leaning gradually towards left with brackets in support. At the end of the first wall turn left to cover a short ramp and then go up another vertical wall similar to the previous one. You proceed on an exposed traverse towards left where the feet are on metal brackets. We end the traverse then we climb up a vertical wall and after that are ending termporarily the equipment. You immediately see the wall where the next section is.

Attack a diagonal traverse to the right where the feet lay on a metal cable. Once ended the traverse, we climb up a wall to the right. The wall becomes then vertical with a couple of meters overhanging leading to the righe. We pass the overhanging section then we lean to the left till we reach with an horizontal traverse to the left we are at a bridge with 3 wires. The bridge is short - about 7 meters per stable. Once the bridge is finished, go around a boulder that then rises from the left and then attaches a dihedral with abundant equipment. This trait is quite athletic even if technically not difficult given the abundance of the brackets present. At the end of the dihedral it bends to the left bypassing an unmarked edge beyond which we will ascend a first vertical aerial wall then bend again towards the left for a traverse facilitated by long brackets for the feet. After the traverse it attaches vertically. Pay attention to the cable that in a passage passes first from right to left with respect to our ascent line. Go up the whole vertical wall until you reach a short ramp behind which you climb the last meters aided on a grassy path until you reach a tree on which the wire rope is anchored and where ends this short but intense via ferrata ends (30') from the start - total 35').

The Ferrata della Balma is a short, intense and athletic via ferrata in the ascent. There are no technical difficulties that require climbing skills. The only difficult passage is a short overhanging section where the brackets help the progression and a quickdraw could help those who are not sufficiently trained or at ease in this type of passage.

Images of Ferrata della Balma. The images included in the report were sent to us by the users of the site. If you are interested in sending us photos, use the form on the left or send them to our Facebook page. 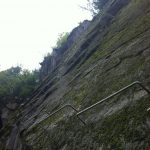 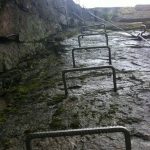 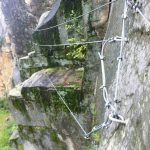 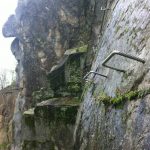 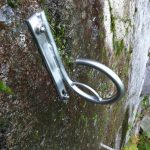 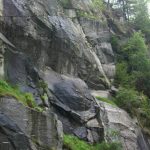 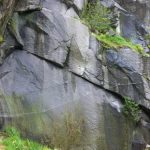 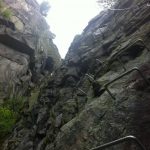 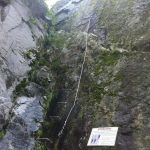 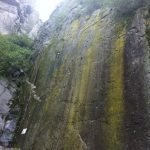 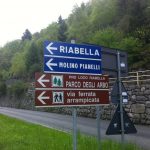 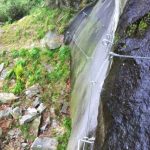 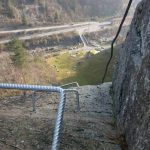 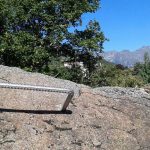 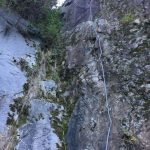 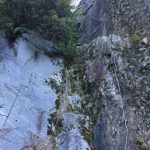 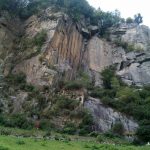 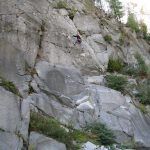 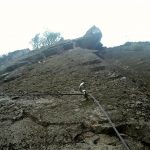 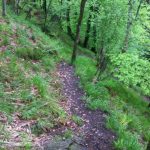 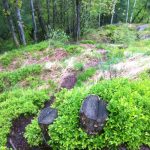 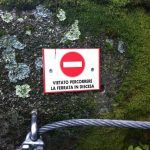