Via Ferrata of the BEC Valletta

The new Ferrata of the BEC Valletta extends in the valley of San Giovanni sopra Limone in the province of Cuneo. The via ferrata uses abundant brackets and technically it is not particularly difficult. The major difficulties are the section in the climb at the end of the road (Raumer nails for safe in pairs) and the edge before reaching the top. The ferrata also has two Tyrolean runners.

The starting point of the itinerary is the Vallone di San Giovanni near Limone in the province of Cuneo. Once in Limone, at the roundabout in Piazza Risorgimento, take the second exit for Via Valleggia and follow the whole route, then continue to the left along Via Almellina which runs all the way to the ski lifts. Then turn to Via San Giovanni and follow it until the end of the climb and, before it starts to descend, turn right and shortly afterwards go left up the road which gradually becomes a dirt road after passing the Church of San Giovanni. Continue to where traffic is allowed and then park.

Continue along the dirt road until you reach a pasture that you cross. We will keep the left towards the valley of San Giovanni and soon we will reach the start of the Ferrata del BEC Valletta (15' from the parking lot). In this picture you see the itinerary and the return.

The Ferrata of the BEC Valletta begins by climbing some vertical walls and rocky leaps in which there are good holds and they are not avilable you will find brackets to help you proceed. Turn left and soon the metal cable ends. After a connection path we come to a characteristic stretch of the route: a stupendous slab of eroded limestone by the action of water. Go up the inclined slab in adherence. Continue on some rocky outcrops aided with plenty of brackets and pegs. You come off the cable for a short stretch of path and you come back after a short while on a section that is at first horizontal and then to climb and you reach the ridge. Follow the ridge path in a stretch that descends some hairpin bends bypassing a rocky tower. In this area there are the two zip lines (tirolenne) who reach a pulpit and from there they allow to return. The two zip lines are optional. In the same area there is an escape route that descends towards the valley. Here ends the first part of the itinerary.

The second section begins with a stretch of unprotected climb that requires some climbing sections, then it goes up an edge very exposed. You climb the dihedral by using a long series of metal brackets in marked exposure. We then reach the top of the BEC Valletta. From here it shrinks (useful a piece of rope to make sure with a companion and Raumer nails). Pay attention to the friable rock going down to a ledge where the via Ferrata of the BEC Valletta ends (2h 45' from the start - about 3h total).

At the end of the via ferrata, descend into the valley of San Giovanni on the left side, or alternatively descend along the slopes of the Alpetta on the right side. From the valley of San Giovanni the trail is not well signposted. You will have to go down to the left along the valley and before the torrent turn left until you reach the start of the via ferrata and then backwards for the path approaching the car (45' from the end of the ferrata).

For those who decide to use the pulley we need a specific model (CAMP Flyte, CT Duetto or Petzl Tandem) calibrated for this type of zip line. It is possible to rent it in the center of Limone (here for the address). For a guide on the Via Ferrata with Tyrolienne, click here. The plaque before the start of the via ferrata requires hikers to carry a piece of rope for insurance on the sections of the path without the metal equipment. In fact, there are some Raumer metal anchors (spring-loaded carabiners) that allow hikers to proceed in pairs and then conserve at a distance (suggested) of 10 meters. The stretches connecting the sections of the via ferrata are not particularly difficult, therefore the suggestion to use the progression in conserves seems particularly aimed at inexperienced or young hikers.

In about an hour's drive from the BEC Valletta parking lot there is the Via Ferrata Funs. Between via ferrata and aided paths in Cuneo which we suggest to deepen there are also the Ferrata Rocca Senghi, the Ferrata to the Rocca dei Corvi, the Via Ferrata Chiaronto and Camoglieres in Val Varaita and the longest and most demanding Ferrata degli Alpini at the Dronero. Moving south instead you can reach the beauty Via Ferrata of the Artists in the province of Savona.

Images Ferrata of the BEC Valletta. The images included in the report were sent to us by the users of the site. If you are interested in sending us photos, use the form on the left or send them to our Facebook page. 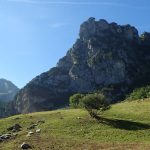 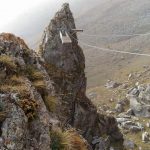 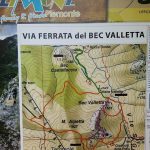 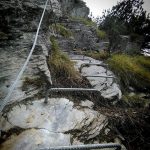 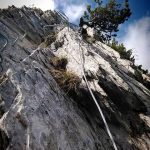 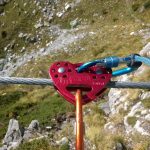 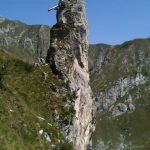 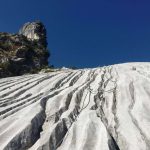 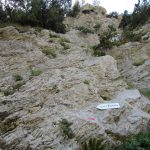 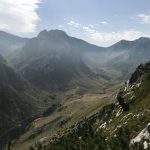 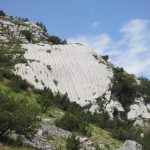 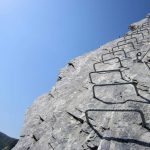 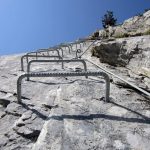 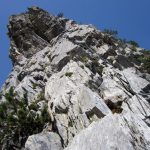 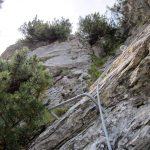 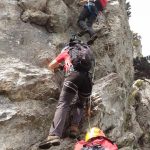 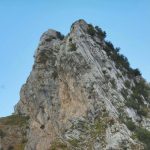 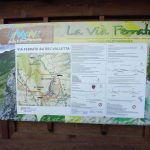 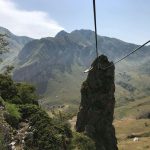 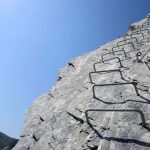 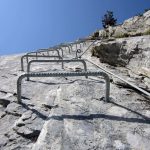 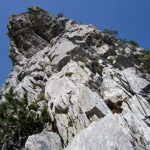 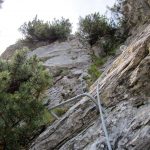 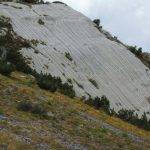 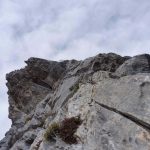 Meteo Ferrata of the BEC Valletta in the locality of Limone Piemonte (Cuneo).

Webcam Ferrata of the BEC Valletta in the locality of Limone Piemonte.