The Ferrata Biasini is an athletic via ferrata, vertical and exposed but without any particular technical difficulties. The via ferrata climbs long vertical slabs abundantly aided with very tense rope and brackets. Given the low altitude it could be enjoyed practically all year round, except following snowy periods.

The starting point is in the road that connects Chiavenna with the town of Pianazzola. Once in Chiavenna from the SS36, go up again between the hairpin bends and near the last one you will notice on the left a fountain and a slight widening on which a couple of cars can park.

From the car park, go up a short ramp and notice a sign indicating the route of the Ferrata Biasini. From that point, turning left, we can see the summit cross, the destination of our itinerary. From the sign follow the path paying particular attention to the white-red signs (not always evident immediately) and you reach the white sign indicating the start of the road (20' from the parking lot).

We start with a sloping ramp and we reach a vertical wall with a lot of equipment that makes us gain altitude. After this long vertical wall we come to a horizontal traverse to the right to go in adherence and reach under another vertical wall that goes up first vertical then bending to the left and then to the right to avoid a protrusion. We then come near a long dihedral that we will follow on the left side in strong exposure. The abundant brackets help the progression but the exposure is strong and in this stretch attention must be paid to the rock that could be damp in the days following the rains. At the end of the dihedral you reach a panoramic terrace where you can catch your breath and enjoy the view over the valley.

You then come to another vertical wall that climbs up to a panoramic terrace. Go up a few rocky leaps and you come close to a vertical wall more supported than the last. Go up some rocks and gradually the rope becomes more a handrail along a path. We reach a ramp along an unmarked dihedral and we are near the end of the equipment. We will follow the path that soon leads us to the summit cross of the Sench of Dalò (1h 45 'from the start - 2h 10' total).

The descent begins on the opposite side where there is a cross in the direction of some stone buildings. To the right we take a path with signs for Pianazzola. The path initially descends gently, but gradually becomes steeper with several steep and slippery rocky steps (useful hiking sticks). From Pianazzola you go down the road towards Chiavenna until you reach the car near the fountain (1h from the end of the via ferrata - 3h 30 'total).

The Ferrata Biasini is a French style ferrata therefore with plenty of brackets along the climb. It is a vertical and exposed ferrata that presents a few more difficulties than the nearby Ferrata Succetti. The return is a bit tiring and attention must be paid to the rocks along the path. 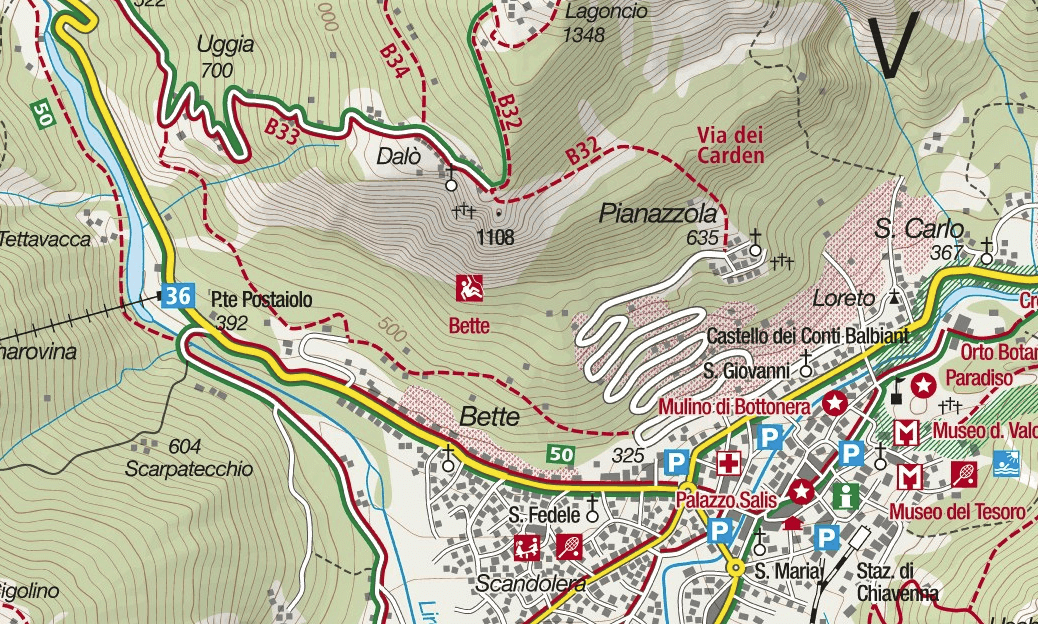 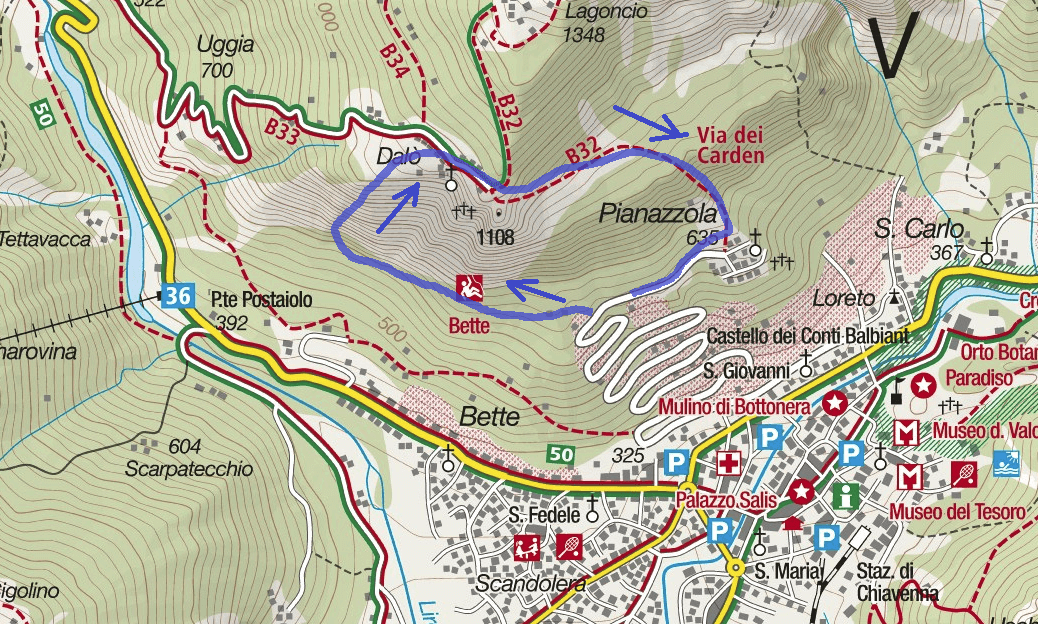 Ferrata Biasini images. The images included in the report were sent to us by the users of the site. If you are interested in sending us photos, use the form on the left or send them to our Facebook page.