Via Ferrata at Mont Chetif

The Ferrata del Bicentenario at Mont Chetif is part of a beautiful and pleasant trip to the Mont Chetif above Courmayeur. The view will range towards the Mont Blanc with majestic landscapes. The climb is never difficult and the aided sections are technically easy. The greatest attention is to be given to the ground, in the event of humidity, and to the signs of the path at the top.

The starting point of the itinerary is Courmayeour, province of Aosta, near the ice palace. We suggest parking near the Via dello Stadio so as to cross the car park on the ring return path.

From the car park, go up the path behind the sports hall (trail marker 4) which leads up to a rock climbing wall. Continue to the left going up the wood between hairpin bends up to the start of the via ferrata (40 'from the parking lot).

The via ferrata begins with a traverse in the east direction that in the middle crosses a wooden bridge that crosses a slit. The equipment present (chains) is not necessary for the progression, however it makes the path safer, especially in case of damp conditions. Go up some steps in the rock up to a coniferous forest. You pass a rocky prominence aided with metal brackets up to a stony ground. We then come to a vertical slab and then to another bridge and then we reach a last 3 meter wall that a chain helps us pass. Continue along the aided climb path along two slippery couloirs and a short traverse under the Chetif peak.

Go back along the ridge path to the last saddle and take the path to Corba Dzeleuna (path 5). Descend along a debris canal and then towards the Pra Neyron mountain pasture turning left and returning towards Dolonne and then to the parking lot (2h 15' from the top).

The Ferrate of the Bicentenary of Monte Chetif is in many ways more similar to an aided path within a beautiful and rewarding trip. The climb is long but not strenuous, covering long stretches in the woods away from the heat. The red and yellow trail markers are not always easily visible in the upper part of the path. The aided part is not continuous and alternates with sections of normal paths. 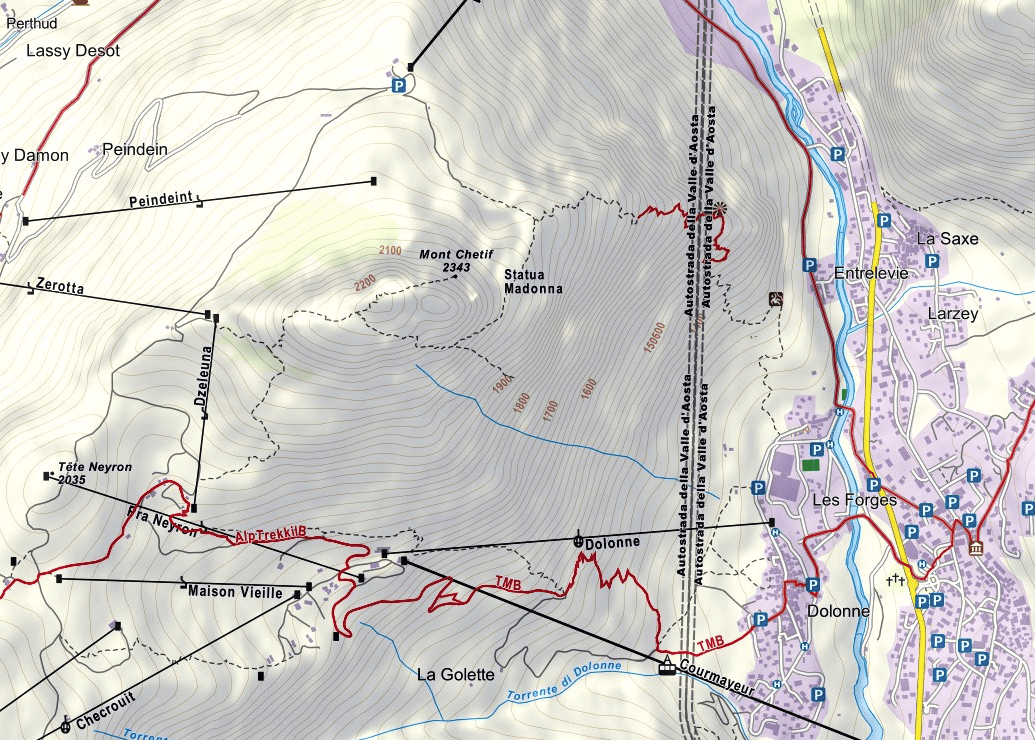 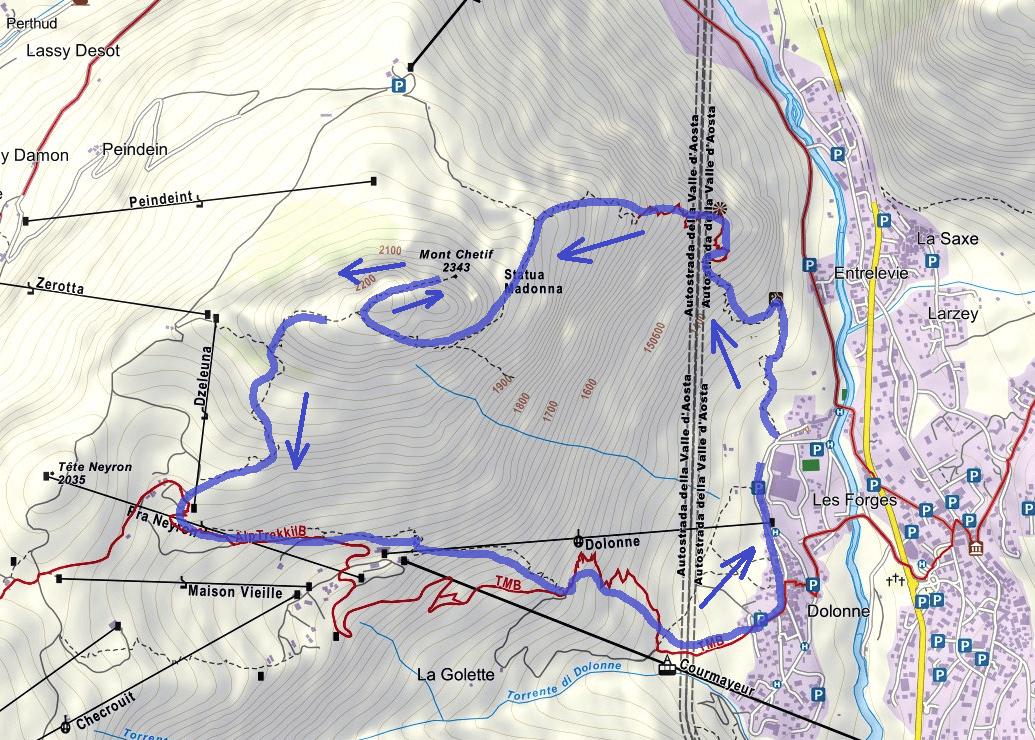 Images Ferrata of the bicentenary at Mont Chetif. The images included in the report were sent to us by the users of the site. If you are interested in sending us photos, use the form on the left or send them to our Facebook page. 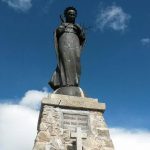 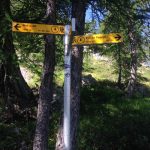 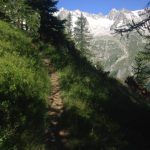 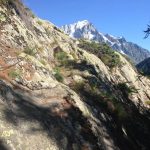 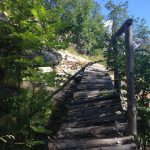 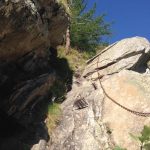 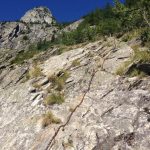 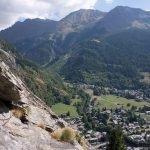 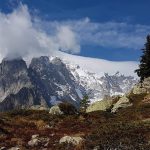 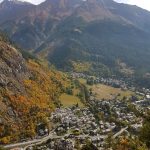 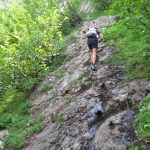 Ferrata Weather of the bicentenary at the Mont Chetif in Courmayeur (Aosta).

Webcam Ferrata of the bicentenary at Mont Chetif in the Courmayeur Plan Chécrouit area.