Review of the Ferrata Biondi at the Rose d'Inverno ("Winter roses") in the province of Trieste. Training itinerary that takes place at low altitude. Very varied ferrata which in some places requires good training.

The starting point of the itinerary is located in the municipality of San Dorligo della Valle in the province of Trieste. Coming from outside Trieste you reach Basonvizza and follow the signs for San Lorenzo. You pass the small hamlet (2 Km from Basonvizza) and on a narrow paved road you will come to a bend to the right of which there is a clearing on which there is a ban on transit. Parking for 1, max 2, car. If there were no parking you can park upstream towards San Lorenzo. In this case we will lengthen the approach and shorten the return of about 1 km. Directions for Google Maps available here.

On the opposite side of the road you will start a path with good signs leading you to the beginning of the via ferrata in about 15 minutes.

Clearly visible the usual start red CAI sign for aided paths and one commemorative plate. The start starts by climbing a vertical wall a few meters up to a tree after which the cable continues to the right on easy diagonal steps. Resume with a pass to the left and then a traverse to the right. We reach a series of rocky jumps to the left. We continue on a traverse slightly downhill to the left with which we bypass a rocky shoulder.

We now climb on a more vertical line. After a few rocks supported we meet a couple of more sustained leaps. The rock is good and very solid and it is generally possible to try to proceed by climbing. We now reach a exposed horizontal traverse to the left. The via ferrata extends in this section mainly along traverses. Apart from a few short vertical passages yes continues to the left alternating uphill crossings with others downhill. A peculiar downhill passage requires more attention than is developed on rather smooth rock.

We move along the trail until we reach a curious wooden bench. Now let's go up a nice vertical stroke and we cover a narrow ledge on the left which in some narrow passages or downhill takes on the characteristics of a new traverse. We continue cutting across the wall until we meet a short groove that we ascend. The cable now bends to the right and soon rises vertically on a series of vertical passages of a certain commitment. We finish these steps and reach a new ledge to the left.

Finish the ledge and walk a series of downhill passages first on a small wall then up cross traverses on slab in which proceed in adherence. These passages stimulate the arms although not excessively difficult. We continue on the last steps and after a few rocks the ferrata ends in a meadow and panoramic area where we can stop (1h 30 'from the start - about 2h from the parking lot).

Moving to the right and following a path that runs along a rocky ridge between trees and stones, we reach the second part of the ferrata, which is more demanding than the first. Let's go up one long metal ladder without rope (secure yourself on the pegs). The ladder is initially vertical then more supported. We leave the staircase on a ledge under a beautiful vertical wall that we attach to the left using some foot holds. We are now at the base of an interesting dihedral with cable on the right side. We go up the dihedral and moving to the right we reach perhaps the most difficult passage on the road. A rather narrow rocky roof with a slightly overhanging start. Pay attention to the head in this step. We leave the roof on the left.

Let's now walk a few steps to the left alternating easy rocks with stretches of path. We climb a few meters and continuing through the vegetation until we reach a ledge on the left until we reach a rocky gully beyond which this part of the route ends. (2h 30 'from the start - about 3h total).

This ferrata is generally considered a training ferrata. Not necessarily due to the level of difficulty - moderate - but due to the variety of passages present which allows you to try yourself in traverses, ledges, rocks, slabs, stairs, dihedrals, short athletic passages and climbing. This variety of steps is excellent as a preparation to tackle routes in more mountainous environments and with greater difficulties. New equipment and of excellent workmanship. The ferrata extends in the area of the Rose d'Inverno ("Winter Roses") where there are also caves and cliffs for those wishing to continue the trip.

In the direction of Basonvizza we meet the monument for the fallen of the local foiba. A visit is recommended.

The Ferrata Biondi is set in the hills behind Trieste and therefore quite far from other Italian aided routes. Trieste hikers generally head north towards the Julian Alps to meet many interesting aided routes. In the Canin group we meet the Ferrata Grasselli and the Ferrata Julia. In the Montasio group we meet the challenging one Ferrata Via Amalia, the Aided path Leva, the Aided path Ceria Merlone. On the nearby Jof Fuart group there is the Ferrata Anita Goitan and Aided path King of Saxony. Finally on the Mangart we meet the Italian Ferrata and the Slovenian for the summit or further north the Via Ferrata Vita.

Bionata Ferrata images. The images included in the report were sent to us by the users of the site. If you are interested in sending us photos, use the form on the left or send them to our Facebook page. 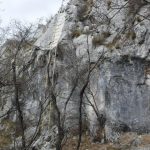 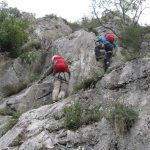 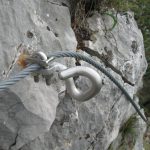 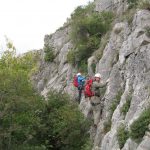 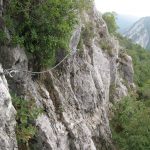 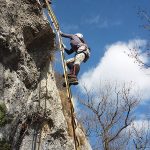 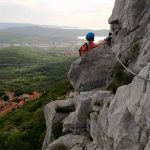 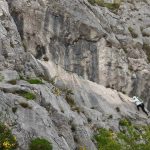 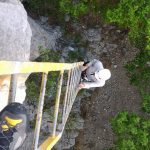 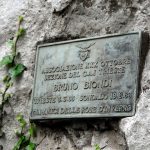 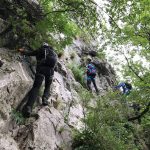 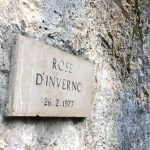 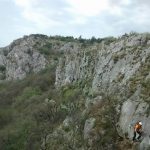 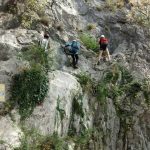 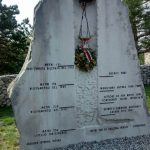 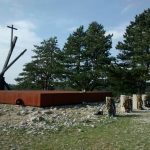 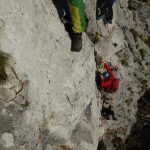 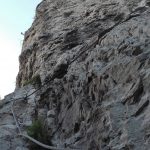 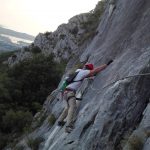 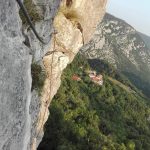 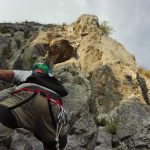 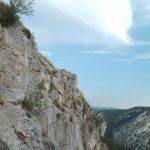 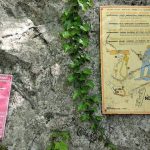 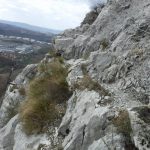 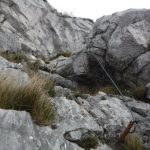 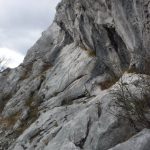 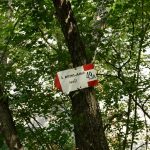 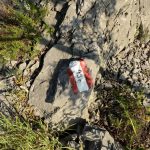 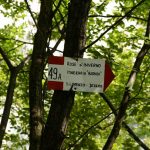