Review ofthe Ferrata Brizio on the Corno Grande del Gran Sasso. Route that connects the north and south sides avoiding the ascent with the normal route or the direct route. A medium difficulty route with a hillside that is definitely exposed.

The starting point is Campo Imperatore in the province of L'Aquila in Abruzzo.

From Rome or Teramo: A24 motorway to the Assergi tollbooth, then Statale 17bis to Fonte Cerreto, then always with the 17bis state road arriving at the Campo Imperatore car park. In the town of Fonte Cerreto it is possible to leave the car and reach Campo Imperatore in about 7 minutes with the cable car open every day in summer and winter. Always inquire about opening and closing times and days, taking care to organize well with the times so as not to risk losing the last race.

From Pescara: highway A25 to Popoli, then state highway 17 to Bresciano and L'Aquila to Assergi. Then as above.

From Campo Imperatore our goal will be to reach first the Sella di Monte Aquila (2423 m) via the tourist path 101. Initially we ignore the deviations to the left for the nearby Hut Duca degli Abruzzi and continue towards the saddle without difficulties. At the saddle it will be important to keep the path 103 to the left in a northerly direction in the direction of the Sella del Breccecaio, ignoring the path 104 which to the right leads to the Sella del Corno Grande.

Leaving the Sella di Monte Aquila we will soon reach another crossroads where we continue straight (on the left we can reach the Garibaldi Hut). We continue on the path that cuts the southern walls of the Corno Grande. We stay on path 103 until we reach the Sella del Brecciaio (2506 m - ca 1h 15 'from Campo Imperatore) where begins the Via Ferrata Brizo.

The Via Ferrata Brizio has a particular development: you will lose altitude in the first part until you reach a downstream point and then ascent it to reach the northern slope of the Corno Grande.

We start by following the path until we reach the metal cable. The cable, which runs to our left, descends diagonally on a sloping ramp and then descends on a colander rich of good holds. We go down to reach a narrow ledge that leads us to an edge that we bypass. Now we go down on a diagonal ledge until we reach the first metal ladder. We go down it and we are on a wide ledge that leads us to the second longer ladder metal. We descend it in strong exposure, we proceed to the left in a short stretch of connection and we go down another metallic ladder. The ladders are naturally devoid of technical difficulties but undoubtedly they are exposed and adrenaline.

The snowfield actually indicates the end of the descent and the beginning of the ascent. We now climb a rock edge that is full of nice passages, fun to climb. We continue on a ledge and then on a downhill stretch. Now we begin a stretch without difficulty where diagonally we go up the rocky wall until we reach a traverse uphill. We continue on last sections of the route until the end of the metal equipment (1h 15 'from Sella del Brecciaio)

Apart from the option of following the backward via ferrata, the shorter return consists of continuing uphill following the signs for the Sella dei Due Corni (2547 m). When you reach the saddle, keep to the right following the steep red-and-white marks and where you need attention in a couple of free climbing passages (1st degree) towards Passo del Cannone (2679 m). From the Passo del Cannone you can enjoy a beautiful view. We set off to the right on track 103 in a south-westerly direction for about ten minutes to the signposts (signpost 154) to reach the summit of Corno Grande with the Via Normale. The climb to the Corno Grande (2912 m - 1h a / r) is optional and not considered in the timing of this report.

At the crossroads we therefore ignored on the left the Via Normale for the summit and we remain on the 103 downhill. We meet a new crossroads, where to the left it detaches with trail sign 154 A the path of the West Ridge. We ignore it and continue downhill to the Sella del Brecciaio (about 2h 30 'from the end of the via ferrata).

Back to the approach path you can return to Campo Imperatore (40 '- 5h 30' total) eventually lengthening for a break at the nearby Rifugio Duca degli Abruzzi or at the Garibaldi.

In 2018 the equipment was renewed, however a winter landslide damaged one of the two stairs in the itinerary. To date, the via ferrata is not officially open although the equipment is in good condition and the scale in question is not seriously damaged. If you decide to take the road at the beginning of the season, since the route is mainly north facing, you should consider the possibility of facing a snowfield on which crampons are needed. The route is particularly useful for long routes, perhaps returning from the ascent of one of the two Horns to return to the car.

Traccia GPS per Ferrata Brizio. Itinerary: as per description above. 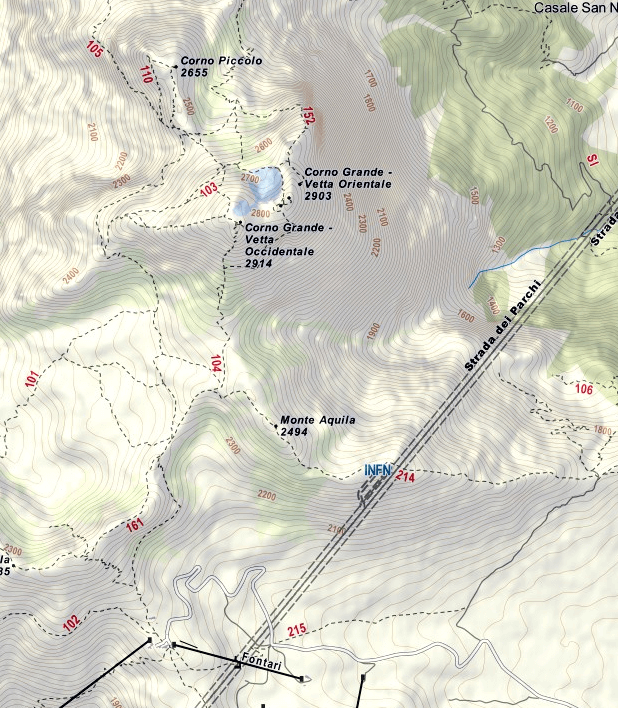 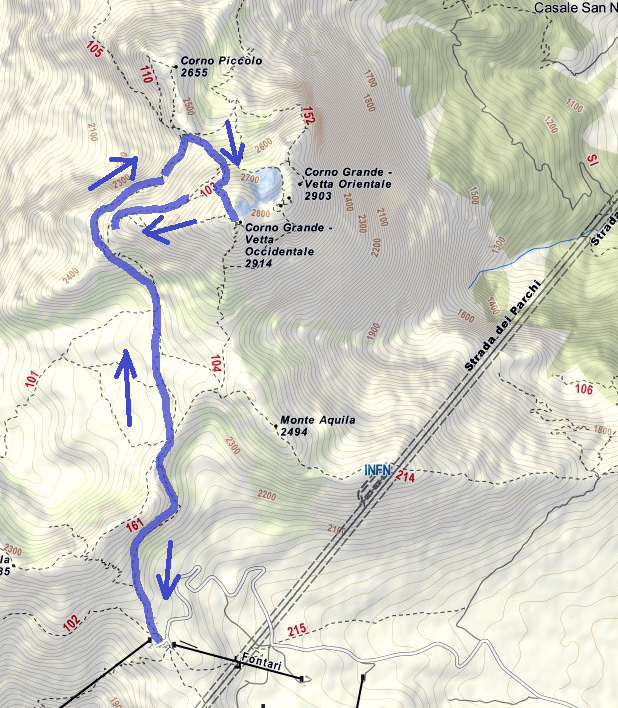 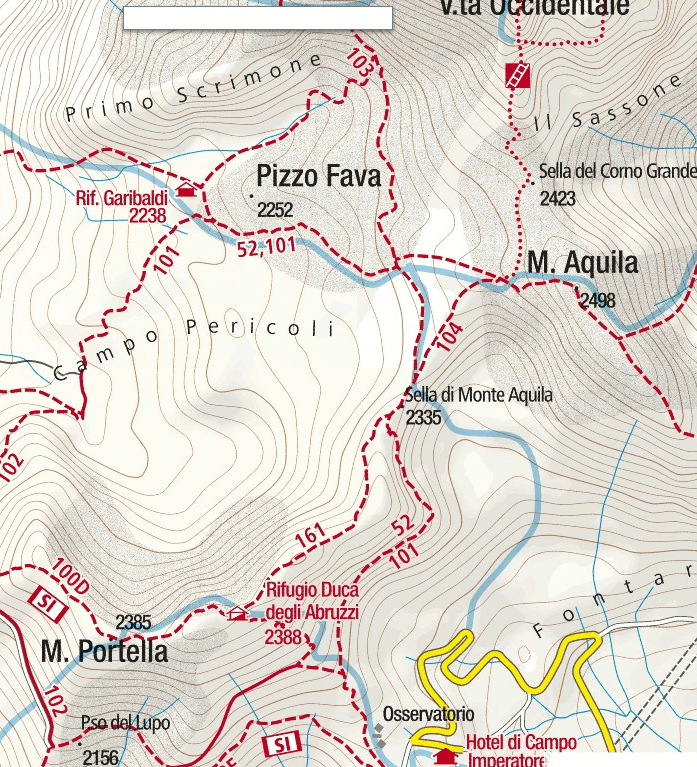 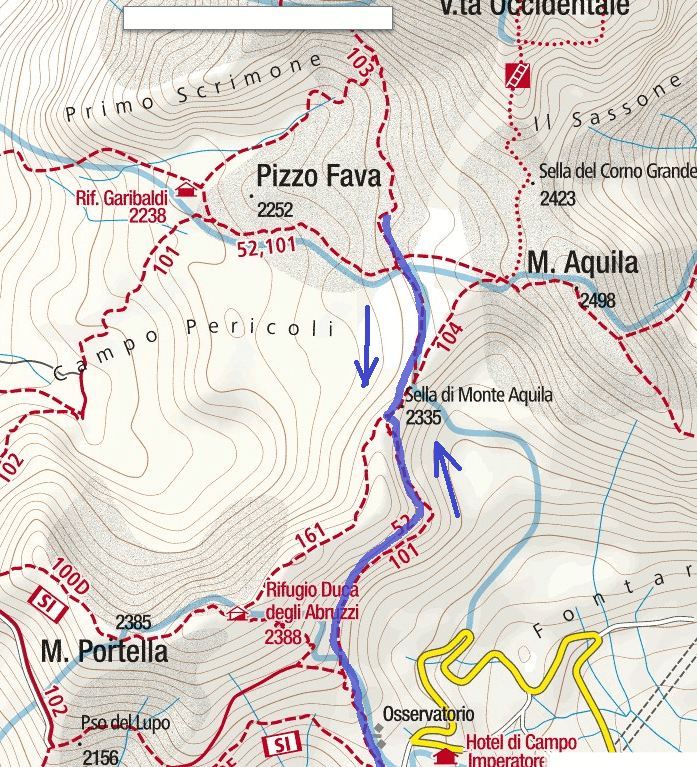 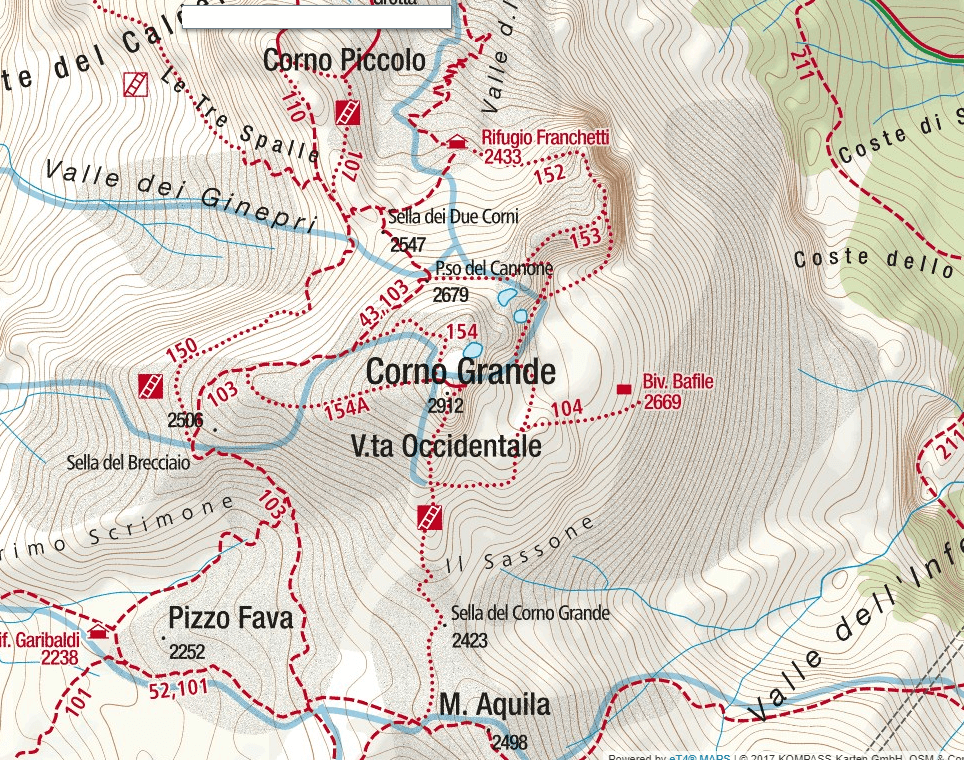 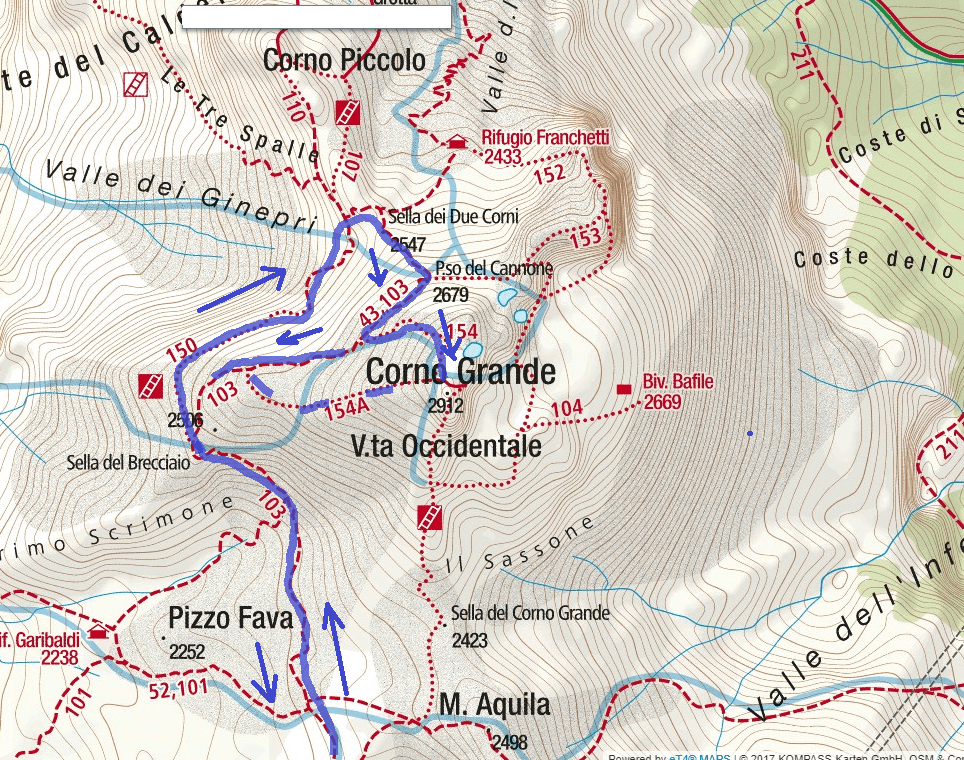 Images Ferrata Brizio. The images included in the report were sent to us by the users of the site. If you are interested in sending us photos, use the form on the left or send them to our Facebook page. 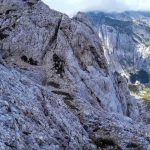 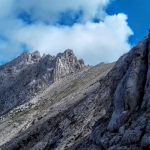 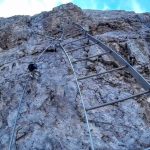 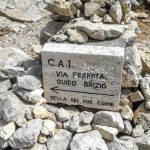 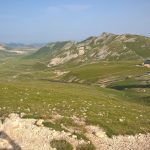 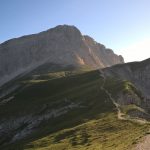 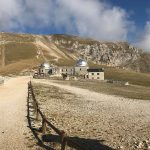 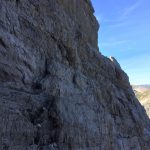