Via Ferrata at Palombino

Route report with ascent to Monte Palombino in the Carnic Alps using the Ferrata Camoscio. Very beautiful and panoramic medium difficulty route on the border between Italy and Austria.

The starting point of the itinerary is Val Visdende in the province of Belluno, near the Italian-Austrian border. Coming from the south you will have to go up all the Cadore and, once in Santo Stefano di Cadore, follow the signs for Sappada on the Friulian side. After about 7 km on the Piave, before a tunnel, we will have to turn left to cross a bridge with indications for Val Visdende. We go up the road and at the first junction we will keep the left continuing for 800 m to the parking lot where we start the trip.

Leave the car in the car park (approx. 1300 m) and continue along the forest road which is a wide path that enters the wood with a signpost 167, reaching the Bivio Ciadon in the Val di Londo. Now turn right uphill on CAI 170, or the Strada delle Malghe. The path is still quite wide and now rises more decisively in the woods making us gradually see the Palombino that rises in front of us. We reach Malga Dignas (1676 m), pass it until you reach a new fork where we leave the CAI 170 and keep to the left following the signs for the Forcella Dignas. Just before reaching the obvious fork, we turn left following the CAI 172 which leads to the summit of Palombino via the Ferrata Camoscio. The trail it continues on meadows initially then on scree reaching then the attack of the via ferrata (1h 30 'from the parking lot).

The Via Ferrata al Palombino begins with a diagonal equipped ramp that leads us into a groove in the left direction. Back up the gully we move again to the left going up some easy rocky steps definitely climbable on a wooden ladder. The way is traveled very logical and follows the abundant weaknesses of the rock. Climb up this part of the way we reach an edge that we bypass and following the many red and white signs we ascend some easy leaps. The rock results very climbable and and it is a succession of movements to the right and left along the climb trying to gain meters without excessive difficulties. After about thirty minutes the equipment ends and to reach the summit we go up a stretch of path where we face any easy rocks between meadows and pebbles. The path leads us to the ridge where the state line is marked. On both sides there is a summit cross, including that Austrian surely it is the master for size and solidity (1h 30 'from the attack - about 3h total).

From the Palombino cross we descend backwards on the Italian side for a few tens of meters until we reach the path CAI 142. We descend along the "Muri del Palombino" towards a saddle where a pole with CAI signpost will show us the way back. There is still abundant evidence of trenches present in these areas. We follow the path south along the ridge up to a saddle where on the right we follow the path that goes down the Palombino valley with the "Traversata Carnica" path. The path takes us back to the Malga Dignas and here backwards on the outward path to the car park (6h total).

The itinerary is very pleasant as a whole, it covers a nice gap and reaches a beautiful border peak. The very climbing ferrata, never difficult though at times exposed. The sections on the ridge, both uphill after the via ferrata and downhill, are unprotected and therefore require attention. To be avoided with wet soil.

The Ferrata del Camoscio climbs a peak of the Carnic Alps in the province of Belluno. The closest route that can be easily combined is the Equipped trail of Ambros alla Cresta di Pitturina.

However, the area is rich in equipped itineraries, including the Ferrata al Chiadenis, the Via Ferrata Sartor at Peralba, the demanding one Ferrata at Coglians on the Austrian side and the Via Ferrata Contin. If you wanted to travel along easier aided paths, we suggest the Aided path Cuestalta and Aided path Olivato.

Traccia GPS per Ferrata del Camoscio al Palombino. Itinerary: as per description above. 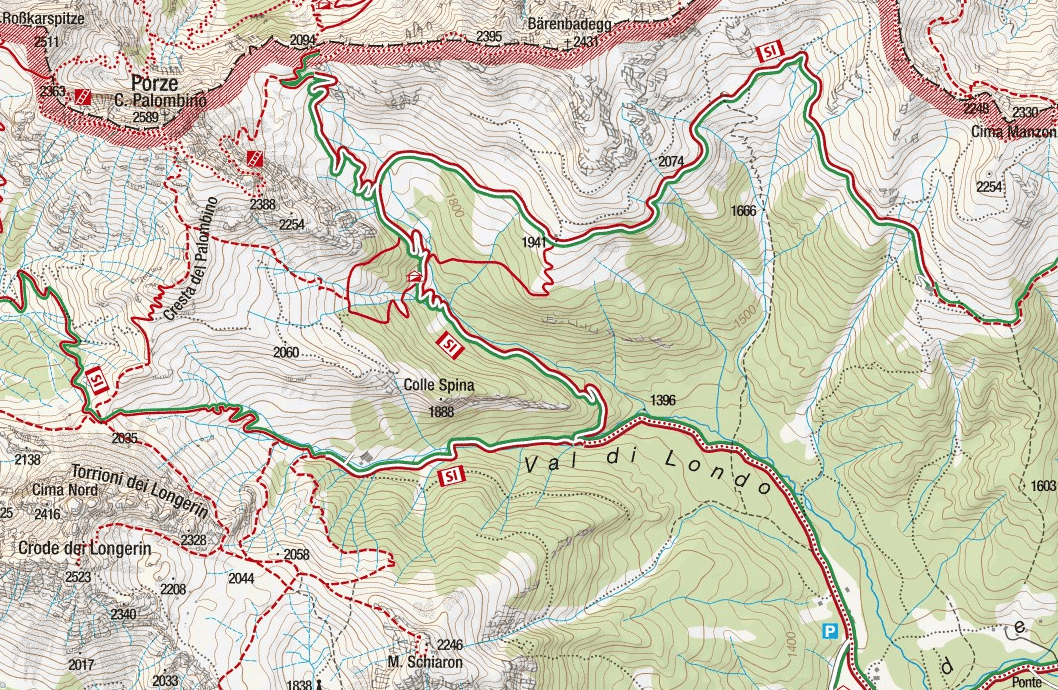 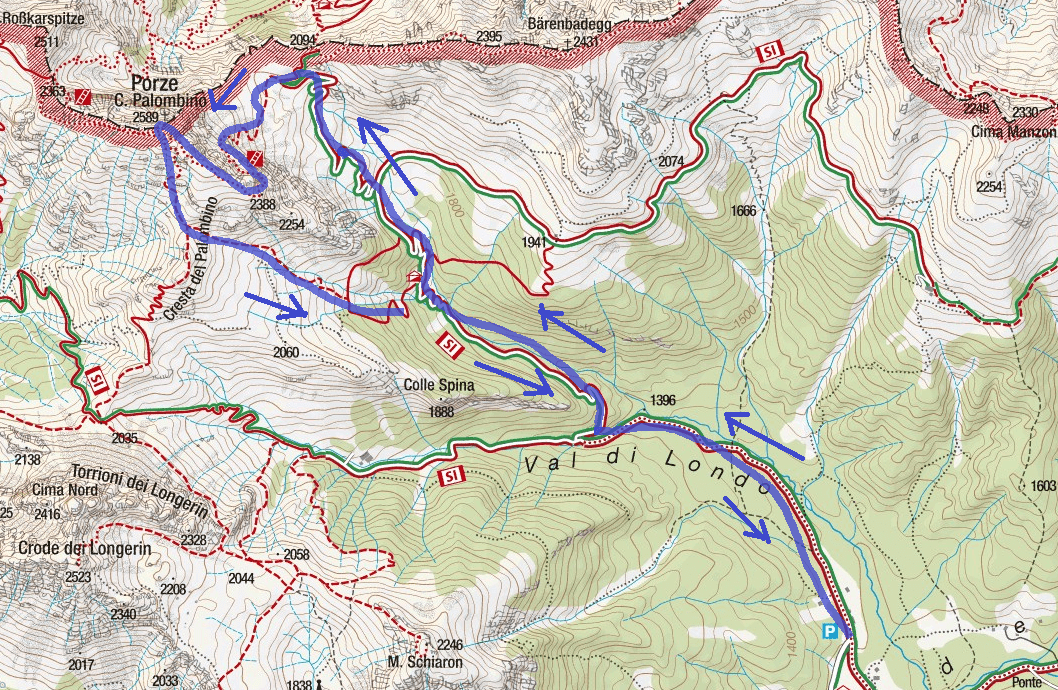 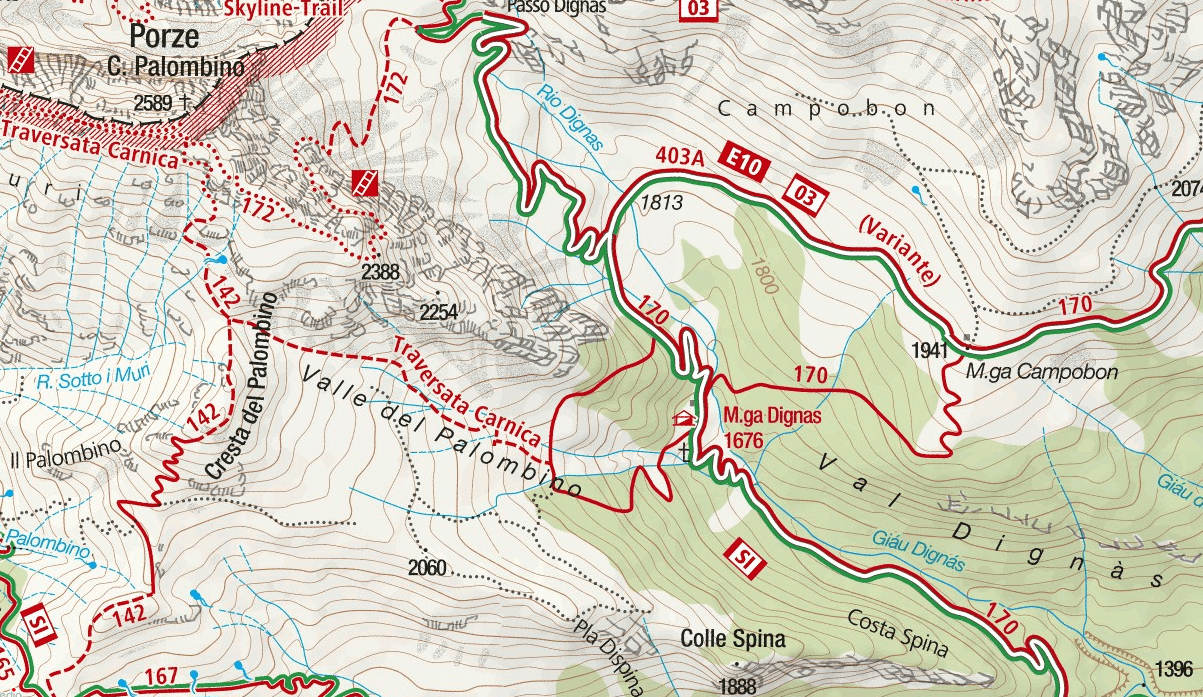 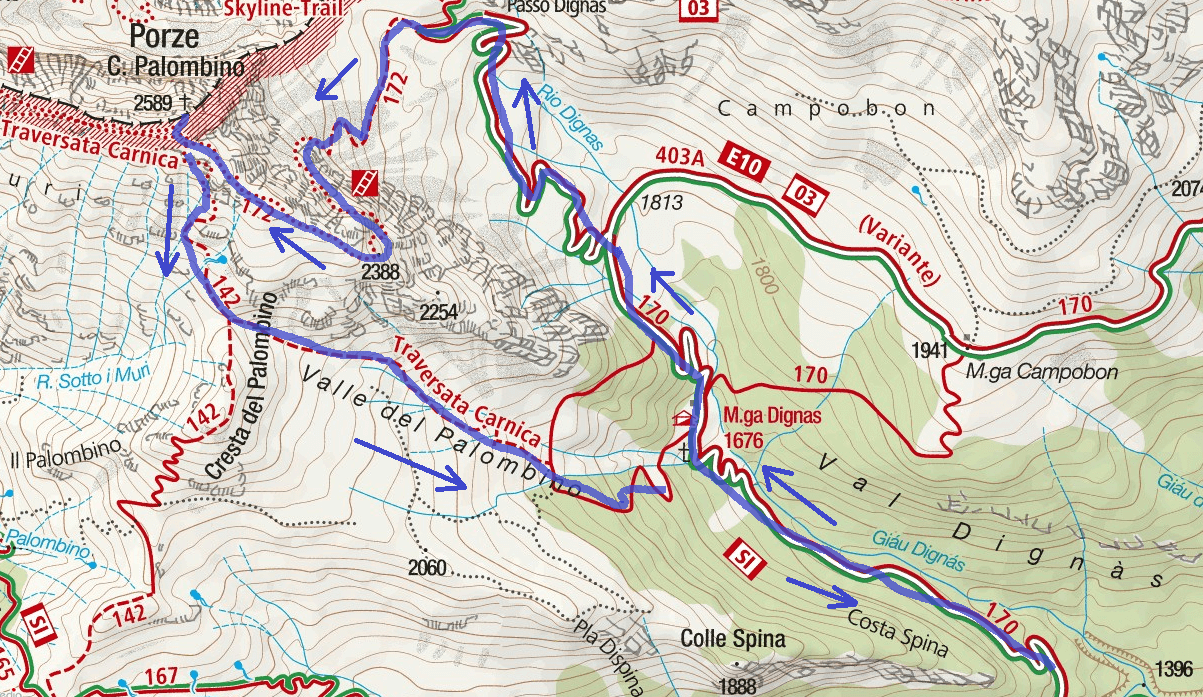 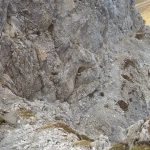 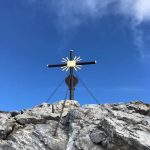 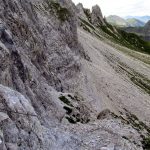 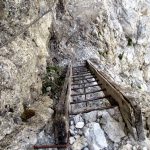 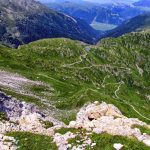 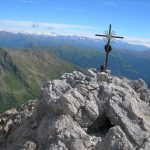 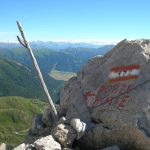 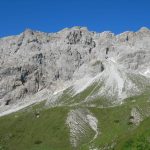 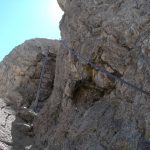 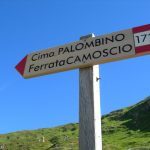 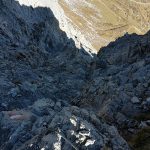