This Via Ferrata ascending to Monte Piano in the Sesto Dolomites has been named after the memory of Captain Bilgeri. The ferrata is of limited difficulty. The itinerary is quite long and the approach covers quiet some gap in a short time.

To take the hike you must reach the road that connects Misurina with Dobbiaco. Going up from Misurina, proceed driving for about 4 km and, after a sharp bend to the right, we continue until we find a track that goes up into the woods. We park the car in one of the road widens.

From the car park (about 1600 m) we follow the steep track that climbs up into the woods with a few bends. We meet some paths and we always keep the left continuing in the direction of Rifugio Bosi at Monte Piana (2205 m). Once you reach the hut, the path reduces the slope. At this point we avoid the aided path ascending to Monte Piana (left) and we remain in a slight slope towards the Open-Air Museum of the Great War. Proceed north to a crossroads of paths where we continue straight in the direction of the Ferrata to Captain Bilgeri (2h from the parking lot).

From the yellow sign which indicates the beginning of the via ferrata, we initially climb diagonally until we reach a dihedral where some pegs help the progression. We continue slightly uphill, we cross an edge that leads us on one comfortable ledge. We continue for a few minutes until we reach a series of easy rocky jumps that lead us to a wooden bench where it is possible to stop and enjoy the view.

We start again on a ledge on the left until you reach a nice chimney to be traced back to split, probably the most beautiful and challenging passage of the climb. We continue climbing on a first gully and we reach a second narrow gully where we proceed in split. Further, we go up a wall standing on the right side until you reach a saddle. We go up to the right some rocky leaps without difficulty until we reach the ridge. We walk along it and we are on summit slabau of Monte Piano (2305 m - 1h from the attack - 3h total) where you can enjoy, among other things, a magnificent view of the nearby 3 Cime di Lavaredo.

From Monte Piano (2305 m) we now follow path 6 (or Alta Via 3) towards the south, which runs between aided sections and war trenches down to a saddle. We go up towards the summit of Monte Piana which we reach (2324 m) and then descend to the Rifugio Bosi encountered on the way. From this stretch, downhill on the approach to the parking lot.

Via ferrata rather simple and never athletic. The rock allows to be well climbed and the many brackets do not create problems even in the absence of technical skills. The historical interest of the route with remains of the Great War is remarkable. 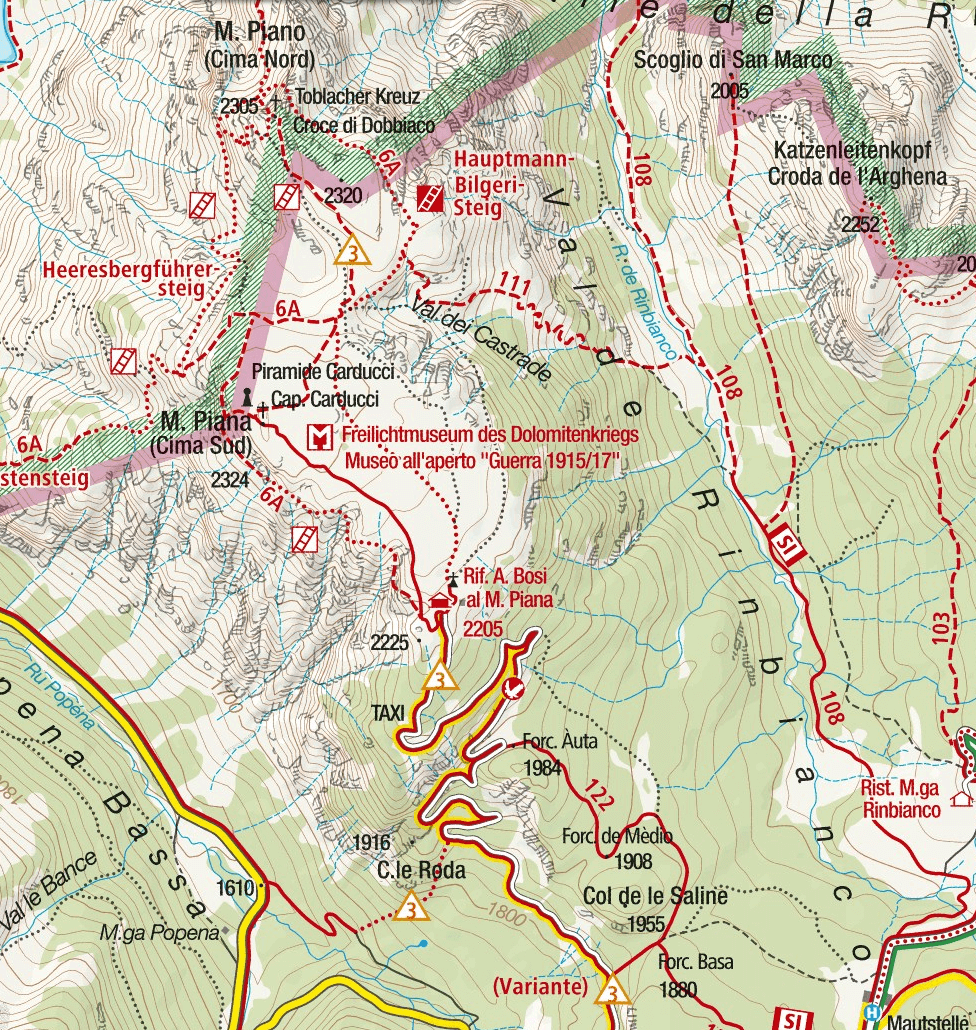 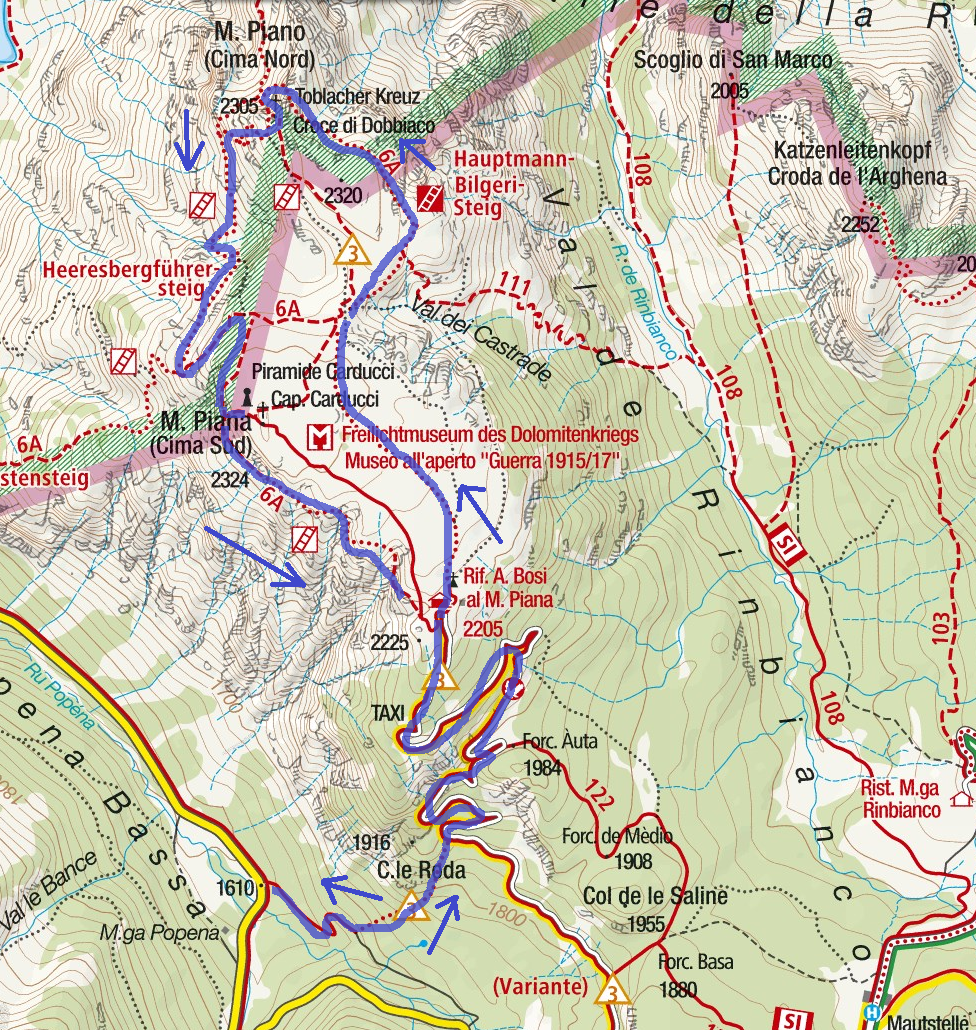 Images Ferrata Captain Bilgeri. The images included in the report were sent to us by the users of the site. If you are interested in sending us photos, use the form on the left or send them to our Facebook page.

Ferrata Weather Captain Bilgeri in the locality of Misurina (Belluno).