The Ferrata Carlo Giorda at the Abbey of the Sacra di San Michele winds along the northern slope of Monte Pirchiriano. The ferrata is long but never difficult, pleasant and varied in its succession of rocky crags. There are two new suspension bridges, where the first is particularly long and adrenaline-fuelled.

The starting point of the itinerary is Chiusa San Michele in the province of Turin. On the SS25 of Moncesio between Sant'Ambrogio di Torino and Ponterosso you will notice a clearing in front of a fishing pond with a wooden notice board and behind the mountain with the Sacra di San Michele at the top. Park in the clearing.

The start and the development of the route are already clearly visible from the parking lot as well as the long suspension bridge. We set out on the wide path to the start where there is a clear white sign with safety indications. After a few easy rocks we reach the very obvious metal cable from which the ferrata begins (5' from the parking lot).

The first section of the ferrata climbs diagonally up a first ramp and then some easy rocks where it is possible to climb the rock without particular difficulties, except for the sensation of slippery glaze that the rock will present along the whole climb. The grips and the holds are abundant and the modest slope help to proceed without pulling the sheathed metal cable. We end this first part of the route and continue on a connecting stretch. The climb continues along an edge of rock up to an aided rock chimney and then a traverse to the right with a beautiful view of the Val di Susa. Then you face the only vertical slab of the route which will be adrenaline-pumped, if climbed without pulling the rope, however not difficult from a technical point of view. We quickly gain altitude and exposure and climb a new series of rocky plains and leaps with the rock becomming smoother and concentration is required to find natural holds to assist the progression. Then we reach the end of the first section where we find an escape route on the left.

If you decide to continue, keep to the right along a aided path with ups and downs that are exposed but not difficult. We then reach the long suspension bridge. This bridge has wide pegs for the feet and is about 80 meters. The bridge swings more in the first part up to the first big metal U and then it becomes more stable until its end. It is possible to avoid the bridge using a metal cable with a yellow sheath on the left side of the gully. At the end of the bridge we go up a vertical wall aided with brackets, then we go past an edge and we continue to the right on a short ledge. We cover a connecting stretch and begin to climb the north-west face of Monte Pirchiarano in a succession of ramps, easy dihedrals and chimneys, gullies that will offer the possibility of being completely climbed for the quality of the rock and plenty of solid holds. This stretch, of about 1 hour, is probably the most rewarding and varied of the climb. We meet a second signposted escape route.

We continue along the via ferrata, now at the foot of the Sacra di San Michele. We face a new series of medium difficulty passages up to another suspension bridge, this time on four ropes. The bridge is about 15 meters and leads us to cross an oblique not difficult traverse. We continue the ferrata with the last stretches of rocky leaps and we reach the foot of the high walls of the Sacra di San Michele (about 3h 30 'from the parking lot).

From the end of the ferrata we follow the track to the right that goes around the west wall of the church peak. The path is steep and in some places aided with large green tubes that protect towards the exposure to our right. After about 5 minutes we meet a sign "exit of the ferrata" and we follow it. After about 10 minutes we will exit on the paved road that leads to the Sacra di San Michele, above our head to the left. Straight to our eyes instead a mule track descends into the woods and we follow it. The path is wide and goes down to the hamlet of San Pietro. As soon as we enter the hamlet we keep the left on a concrete road. After a few minutes we leave the township and enter again the mule track which now descends towards the valley in a long succession of switchbacks. We gradually lose altitude until we reach the village of Sant'Ambrogio. We now follow the road to the main route of the town where we keep the left along the walls of the Pirchiarano Monteain. We continue for about 10 minutes finding a canal on our right. We continue and in a few minutes the wall appears on our left where we have attached the route and on the right the parking lot where we left the car (about 1h 20 'from the end of the ferrata - about 5h total).

The Ferrata is pleasant and almost all easy to climb. The two suspended bridges, recently added, add exposure and a certain adrenaline to an overall very satisfying trip. Attention in the hot summer: the teamperature can easily get unbearable (best suited for spring, autumn and winter trips). The rock appears in some areas smoothed by the many passages. With a little experience and technique, you can still get on without too many problems. On the way back there are two water springs. The Sacra di San Michele is considered to be the inspiration abbey for the Umberto Eco "The name of the Rose" book and movie.

The Carlo Giorda Ferrata to the Abbey of San Michele can be easily connected to the nearby Via Ferrata Ruceia or at Via Ferrata Rocca Bianca. Going up the Val di Susa instead we meet the two beautiful via ferratas in the gorges: Ferrata dell'orrido of Foresto and Ferrata of the ravine of Chianocco. 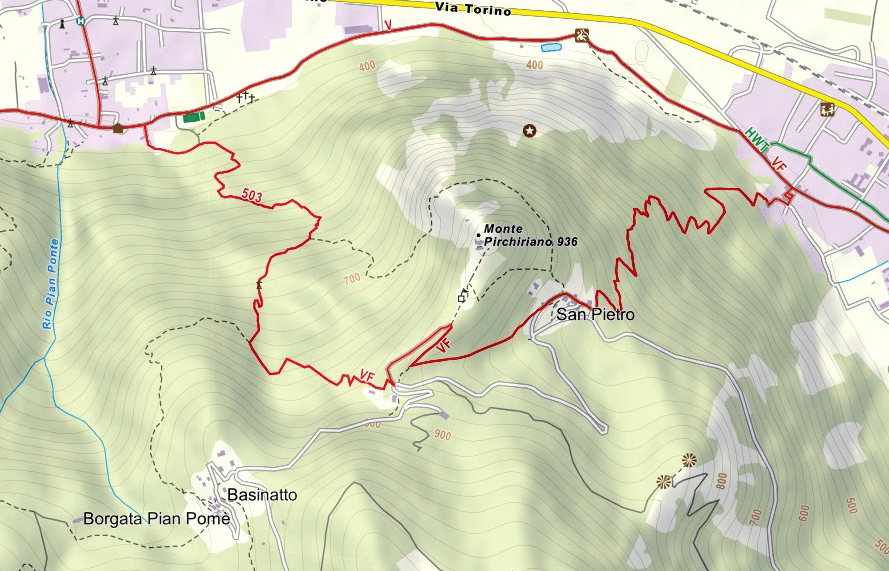 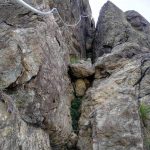 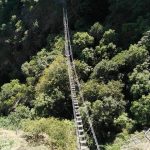 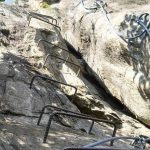 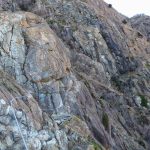 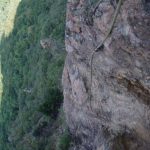 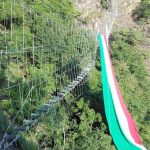 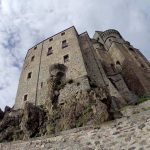 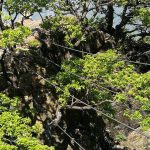 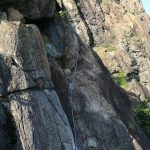 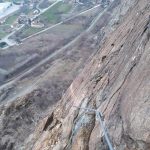 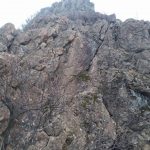 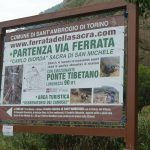 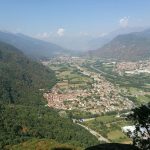 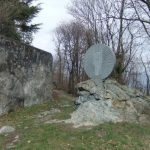 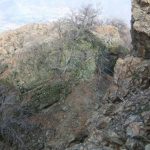 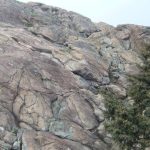 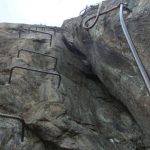 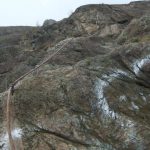 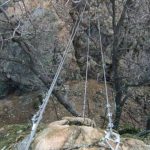 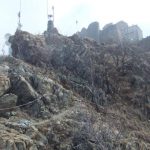 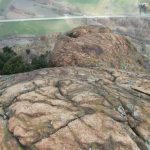 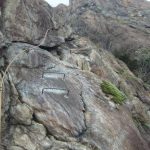 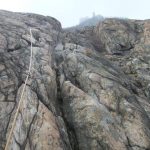 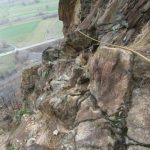 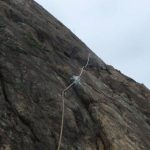 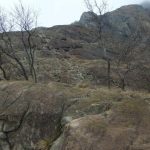 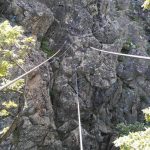