Review of the short Ferrata Biasin at Passo Pertica in the Small Dolomites. Ferrata in a short itinerary. Very aided climb that takes place largely inside a chimney. Technical difficulties are contained by the abundant use of metal frames, however, due to their layout, the climb requires some interesting moves and correct use of footholds in the rock. Easy to combine with other aided routes ascending to the Small Dolomites peaks.

The starting point of the itinerary is the Revolto Hut (1355 m). To reach the hut you have to go up the Val d'Illasi. Coming from the south, exit the A4 at Verona Est or Soave and reach Selva di Progno. Go past it until you reach a saddle where you will keep your right, still climbing up the valley to reach Giazza. In the village we stay on the main road passing a wide hairpin bend to the left. We stay on the road and continue for about 7 Km along the road, sometimes narrow but always well paved, until we reach the Revolto Hut. Directions for Google Maps available here.

From the Revolto Hut we will have to reach the Rifugio Pertica Pass (1530 m). You can reach the pass either with the forest road that starts from the barrier where the road ends or by a path that cuts through the road in the woods and leads you to the pass (20' with a forest path - 30' with forest). On the right of the hut we see theentire ascent route running along a crack that cuts through the rock. We set off from the hut towards the rocky rampart following the easy path that leads us to thestart of the Ferrata Gianni Biasin (10 'from the hut - 30' from the parking lot).

The wire rope starts 3 meters from the ground on the left of the commemorative metal slab. The first three meters must be climbed free of protection. The free climbing pass (grade II) is short and we reach the wire rope that starts immediately vertical to theinside of a long chimney. The first meters are vertical but rich in footholds and they move us from the left side of the chimney to the right one with the cable that brings us eight a long series of vertical changes. The initial part of these changes is overhanging and one must climb without delaying too much to avoid unnecessary fatigue in the arms. We earn quickly altitude and, by using two metal nails as handholds, we prepare to move back to the right side of the chimney.

We spread our legs in split and we pass on the right side of the crack where we immediately meet a short vertical leap in strong exposure with 3 metal brackets. We are now on a narrow terrace from which we take up the always climb vertically is always using large metal exchange. We climb to the right of a protruding stone. This stretch of the road sometimes tends to move a little away from the rope with the result of raising the arms uphill. We are now on the left side of a crack that we ascend in a marked exposure. We use a pinnacle as a support for the feet and we climb vertically paying attention inside the crack where a nail offers excellent support for the climb. The upper part of the chimney pokes slightly and it is advisable to also look inside the slot for some handles to proceed without excessively pulling the rope that would tend to push out. We move inside the crack near two stuck pebbles that offer excellent support for the feet and then we continue to climb vertically inside the crack that is now tightening (watch out for bulky backpacks). The ascent continues always characterized by strong verticality and exposure even if inside the crack.

We continue uphill inside the crack, gradually bending to the right following its development up to meet a second stucked stone in a passage where agility is needed. We continue for the last metal brackets before finally geting out of the gorge. We are now in a rather aerial passage that lasts a few meters. We bend to the right and reach the book of signatures. We climb a leap to the left of the book going up a series of rocks and jumps leaning up to the end of the metal equipment with which the Biasin Ferrata ends (3rd from the start - 1h from the parking lot).

We continue following the red signs until we meet a saddle:

The Ferrata Biasin was modernized a few years ago and the difficulties previously present have been significantly reduced with the addition of many metal brackets. However, the via ferrata remains athletic, intense and aerial, albeit short. Moreover some sections of the ferrata are aided following a particular line of ascent where one tends to be thrown out using only the brackets and it can be useful to look for the holds even on the rock a few centimeters from the metal frames. This significantly increases the progression and reduces effort of the arms. Be careful to walk the way with bulky backpacks for the stretch in the narrow gap and, finally, watch out for stones that tend to fall along the entire crack.

The short and aerial Ferrata Biasin can be easily traveled through an itinerary that also runs along another aided route in the Carega area. It is indeed convenient to continue towards the neighbor Aided path Pojesi or proceed towards the Scalorbi Hut and then reach the start of the Ferrata Campalani. Extending the itinerary further you can reach the Via Ferrata of Vajo Scuro or proceed in the direction of the Gramolon where the Via Ferrata Viali and Via Ferrata Ferrari. In the northern part of the Small Dolomites we also meet the Aided path to Monte Cornetto and it is amazing Aided path Falcipieri. From Pian delle Fugazze it is also possible to undertake the Aided path Baglioni.

Traccia GPS per Ferrata Biasin. Itinerary: as per description above. 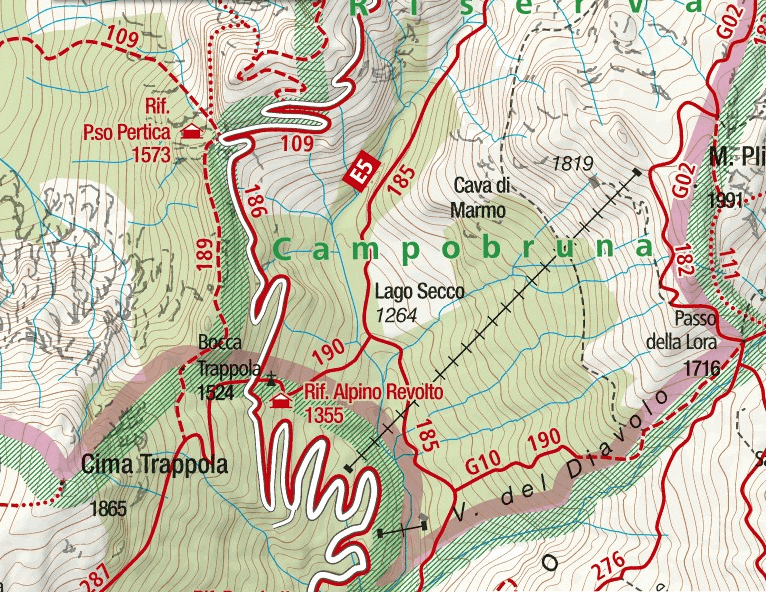 Images Ferrata Biasin. The images included in the report were sent to us by the users of the site. If you are interested in sending us photos, use the form on the left or send them to our Facebook page. 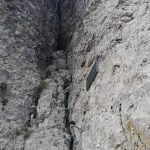 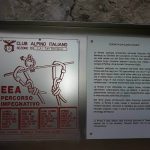 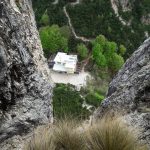 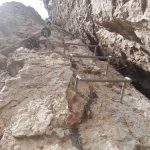 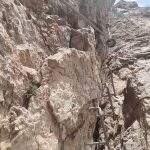 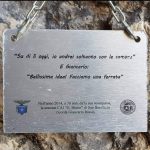 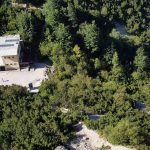 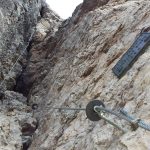 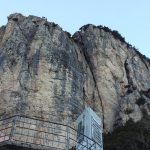 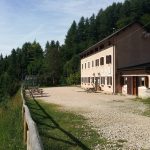 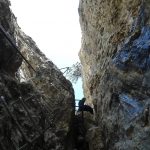 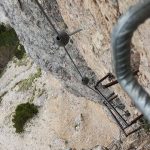 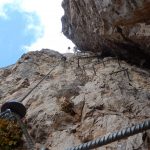 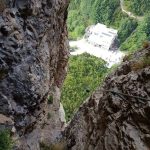