La Ferrata Ciao Miki (literally "Goodbye Miki") is a short and intense via ferrata with a nice variety of passages that make it very interesting. We are talking about 4 towers with vertical walls to climb and different sections in horizontal and slight descent and some slightly overhanging sections. However, the hike is long up to Monte Mars and the ridge path from the end of the via ferrata to Monte Mars is not to be underestimated and it is absolutely better not to go along it in case of rain given the many exposed and narrow stretches where you climb without protection. The ferrata is dedicated to a local alpinist passed away.

The starting point of the itinerary is the mountain station of the Oropa-Lago Mucrone cable car. You reach Oropa from Biella and when you reach the town, park in the large square where the cableway starts.

Leaving the cable car station, follow the path D23 going to the left and passing the Savoia hut. Head in the direction of the Mucrone lake and shortly afterwards follow the D23. Follow the signs and the path climbs steeply up to the top in the vicinity of Colle Rosso and Laghetto Rosso. Continue towards Colle Chardon (2221 m). Near the hill there is a junction where the path D23 continues on one side and we continue on the other in the direction of the start of the Via Ferrata Ciao Miki with a white sign (1h 15 'from the top station of the cable car).

The Ferrata starts with a first vertical wall in which you stand on the left side of a corner going up the abundant metal equipment. Go up the first vertical wall and continue on a series of steps with mixed rock-earth diagonally to the left, starting to follow the ridge that leads to Monte Mars. Climb a wall about fifteen meters slightly overhanging at the beginning until you reach and round the top from which you go down slightly. Another vertical wall is faced with abundant metal brackets. At the end of the wall we begin a short traverse to the left and reach a rocky cliff. The rock is usual and where there are no brackets it offers good grips for the hands. Go up diagonally to the left and around an edge. It faces a short exposed stretch of descent along the left side of the ridge. It goes around a downhill edge in strong exposure (delicate passage) and proceeds in a traverse. This leads to a new vertical wall with good good holds for both hands and feet, both artificial and natural, up to a slight overhanging stretch due to a belly of the rock. We pass this most challenging stretch and proceed along the vertical wall in strong exposure using the excellent and abundant series of brackets until reaching a notch in the rock. Go past it and go up the rock for another series of passages between rocky steps and small vertical jumps up to a white sign where we understand that the via ferrata is about to end. You make some delicate downhill steps and you start to walk along a more ridge path between stones, earth and tufts of grass (attention to the bottom if wet). This last section is airy but much more laid down than the first section of the ferrata. The iron rope at a certain point stops and a rope begins which in fact indicating the end of the via ferrata (1h 30' from the start - 2h 45' from the top station of the cable car).

Go along a ridge path in some places tight and exposed towards Monte Mars. Where the cable stops in front of a rock blade we will have to look towards the slope to the right of the ridge to get around the blade. The path then proceeds always beautifully exposed until the ridge widens and it becomes easier to proceed even without rope for a few meters. The ridge returns to be narrower and we will have to follow the slender track and face some sections on rocks (1st degree) with limited difficulty but strong exposure. At some point the rope reappears for the last section of the ridge that runs along inclined rocks particularly smooth in case of humidity. You reach a point where the rope ends again and you go down slightly. You start again along the path between up and down until you reach a panoramic pulpit in which we finally see the goal. The last stretches of ridge - where the most daring are protected with a rope - and we reach a crossroads where you can proceed on the more comfortable path D23 or continue the ridge with characteristics similar to the stretch just traveled. You now come to a slightly easier stretch of the route, still climbing a challenging stretch till to the coveted summit cross of the Monte Mars (2600 m - 2h 30' from the end of the ferrata - 5h 15' from the top station of the cable car).

The descent from Monte Mars takes place following the path D23 which leads from the top to Colle Chardon and then to the cable car (1h 30 'from Monte Mars - 6h 45' total).

La Ferrata Ciao Miki is an exposed ferrata and in some places challenging. It is not technically difficult, but it is very varied in the passages that it presents. Certainly the following ridge path deserves a lot of attention: although it is not an alpinistic trail, it certainly preserves some sections of alpinistic nature. It requires a firm footing and experience in this type of routes both due to the absence of escape routes and to the airy single passages. Not recommended in the event of unstable weather.

The province of Biella on its site offers the possibility to download the maps and the traces of the paths of the province. A commendable activity that really helps those who are not from the area to plan their trip. This is for those who want to plan a trip to these areas, as the signage along the paths is not always in good condition and is in many cases obsolete or torn.

The Ferrata Ciao Miki is a via ferrata with a long itinerary and a big gap. It could be combined with the Via Ferrata del Limbo which extends on Monte Mucrone - a mountain that in fact is seen along the entire ridge path to our left. The two connected itineraries require high experience and excellent training.

Downstream you could walk the Via Ferrata Nito Staich, or not far from Oropa you will find the simplest Via Ferrata Balma and Aided path of the Infernone. 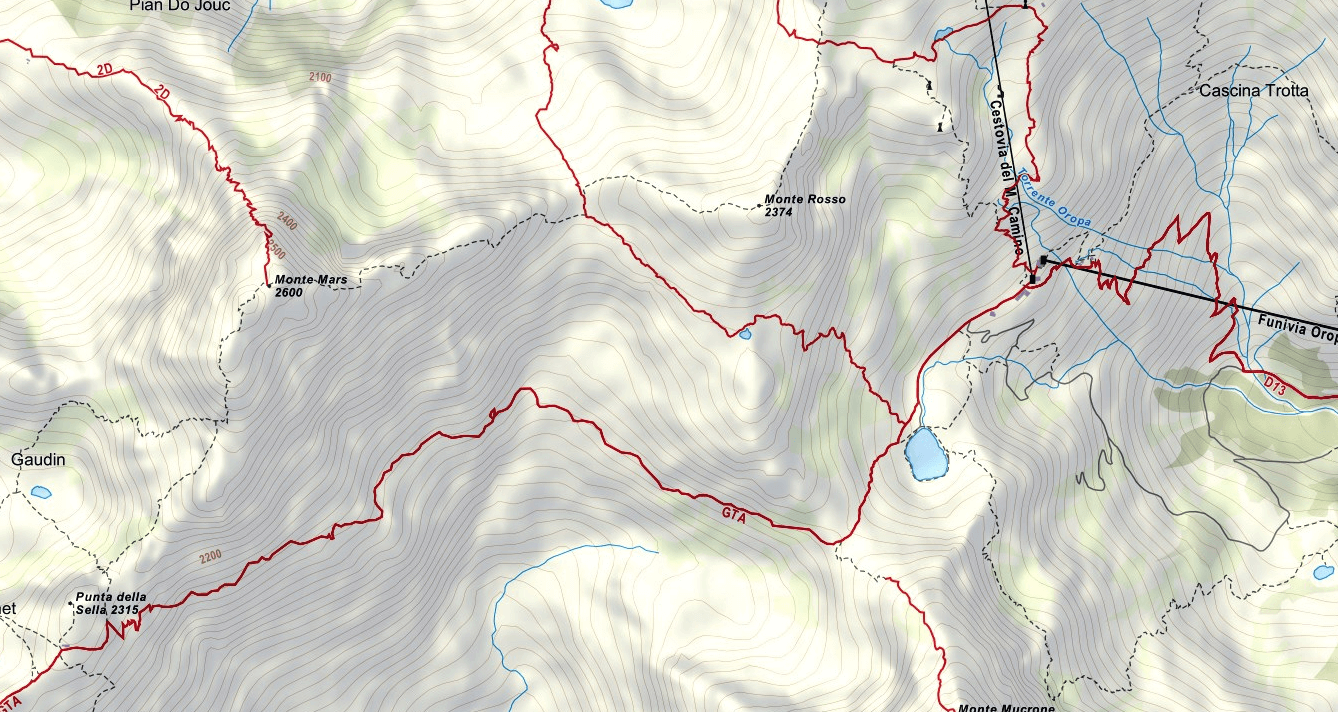 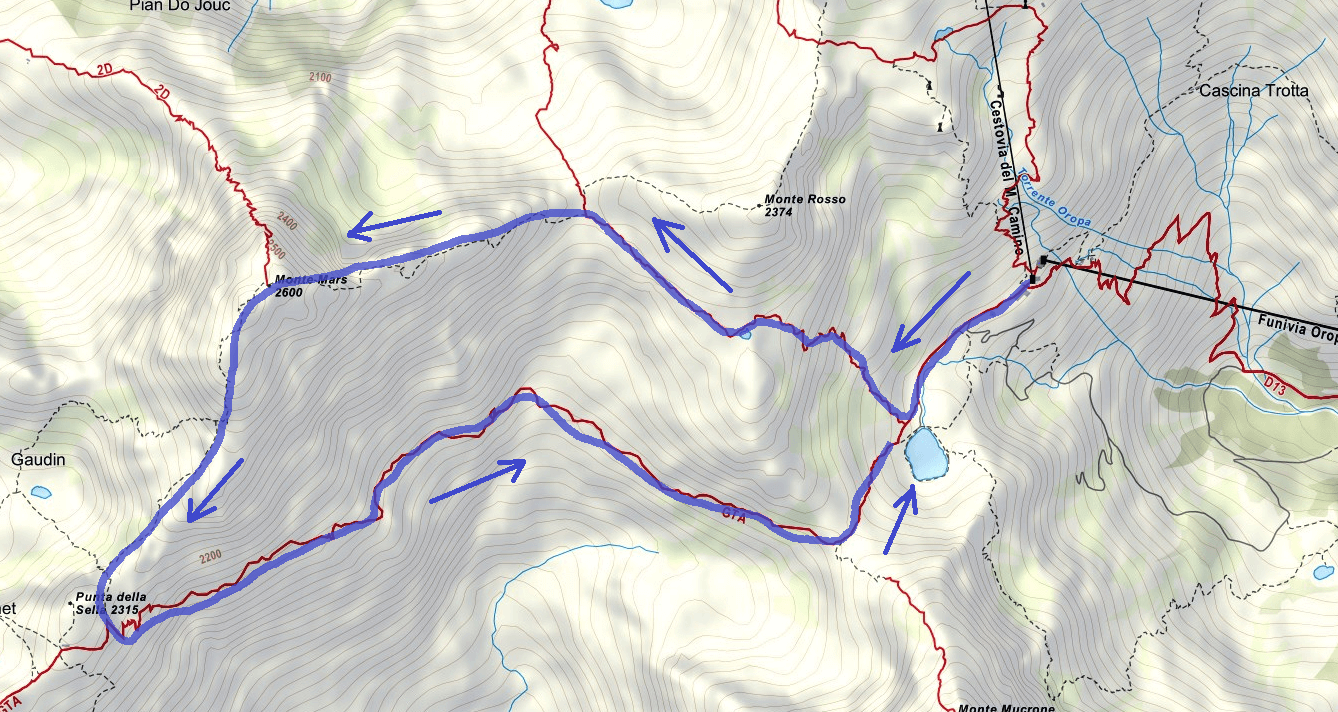 Ferrata Images Hi Miki. The images included in the report were sent to us by the users of the site. If you are interested in sending us photos, use the form on the left or send them to our Facebook page. 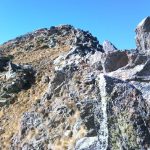 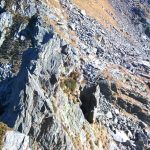 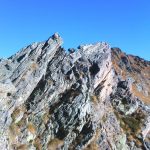 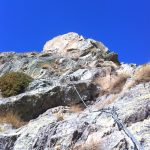 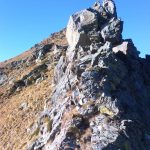 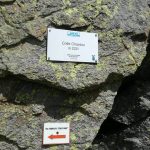 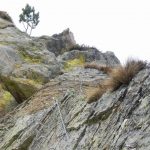 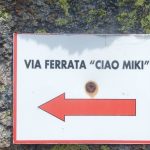 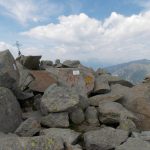 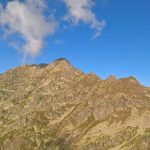 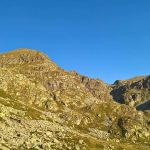 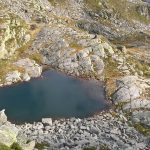 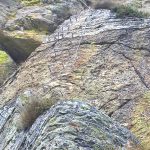 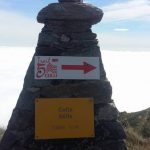 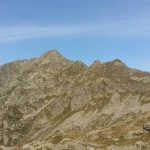 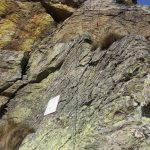 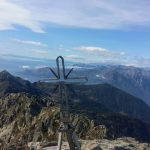 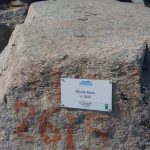 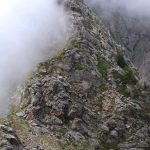 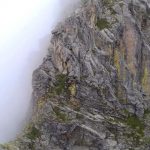 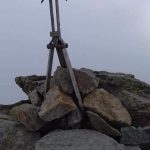 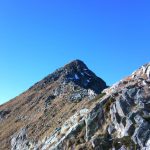