The Ferrata di Cima Rocca is a short ferrata that extends along the war path that leads to the top of the homonymous mountain. You go through tunnels dating back to the great war - well marked - that will allow us to gain altitude reaching the top of this mountain from which we will enjoy a beautiful view on the Lake Garda, Monte Baldo, the Giudicarie Valleys and the nearby massifs.

There are at least 2 approach options to reach the start of the Cima Rocca via ferrata:

From the church we climb some steep hairpin bends following the CAI 471 until we reach the first tunnel where a sign indicates the beginning of the aided section (10 'from the church). We enter the gallery and the directions inside they will lead us to the exit above one we find a metal ladder of 13 meters. We leave the tunnel and we are in the woods. We continue along some steep earthy canals and some rocky aided leaps past which we continue on the path that leads us to the second tunnel. The second gallery, like the first, has good signs inside to take the right path. We leave the tunnel and take the path, sometimes aided.

We reach the third tunnel uphill but we ignore for the moment following the indications that with the CAI 471A lead us towards the summit of Cima Rocca along a war trench. This last aided stretch leads us to finish the climb a Cima Rocca (1090 m - 45 'from the church of San Giovanni - 2h total).

From Cima Rocca we can descend along the ascent route to the Church of San Giovanni and there we evaluate the descent on one of the two proposed itineraries.

An alternative is to descend along the aided path that descends the north wall towards Bocca Pasumer. This stretch is aided in the most exposed and difficult points but is not particularly difficult. We reach a crossroads with the entrance to a long war tunnel on the left (300 m - the torch is necessary) which leads us to the entrance of the third untrained tunnel. If we opt for this tunnel we will then follow the path back to the church.

If we continue straight, ignoring the tunnel on the path, we come to a subsequent saddle marked with the CAI 460B path on the left that leads us back to the church. Once at the church we return to the village using one of the two options suggested for the approach. All the foreseen itineraries have a return of about 1h 30' from the summit of Cima Rocca (3h total).

In this ferrata it is absolutely necessary to have a torch with it, ideally frontal, to have your hands free in proceeding. The Ferrata is not difficult and is characterized more by historical interest and war galleries than by real technical difficulties. Watch out for the heat in the summer months.

As indicated above, the Ferrata a Cima Rocca can be easily combined with the aided path of the Laste uphill or downhill. For those who also want to reach Cima Capi it could be combined with Ferrata Susatti (to go first) and then to Aided path Foletti. With this itinerary we will reach the church of San Giovanni in 3 hours from which we will be able to take the climb to Cima Rocca. Moving to the Passo di Tremalzo we can follow the Aided path Mora Pellegrini to Monte Corno.

The area is full of other routes and there are many Vie Ferrate around Lake Garda, among which one can evaluate the Via Ferrata at Cima Sat or going up the valley the Ferrata Rio Ruzza Waterfall. 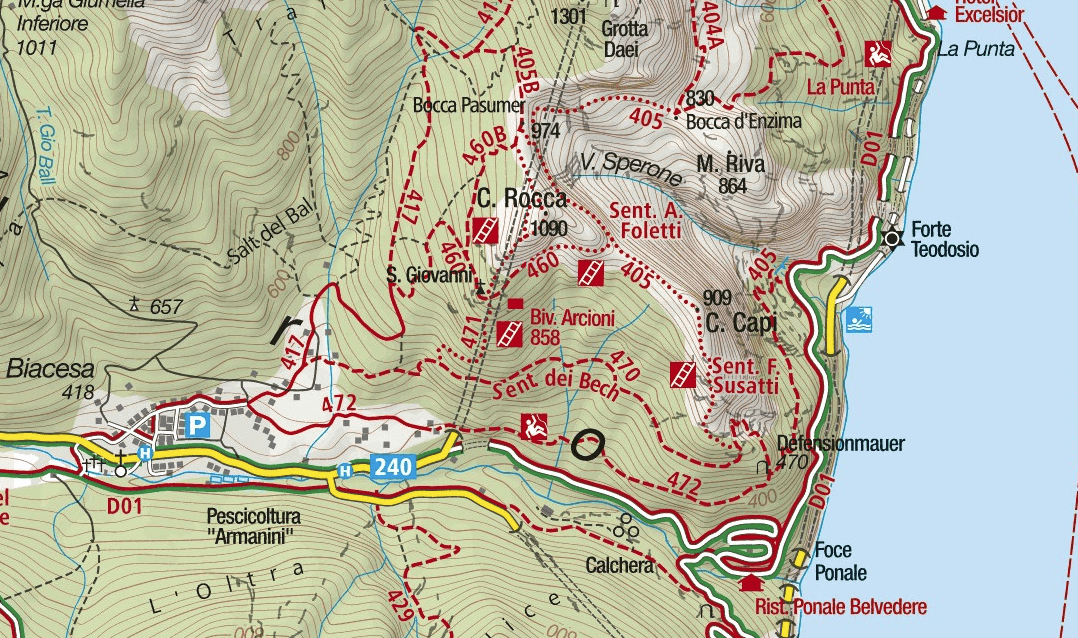 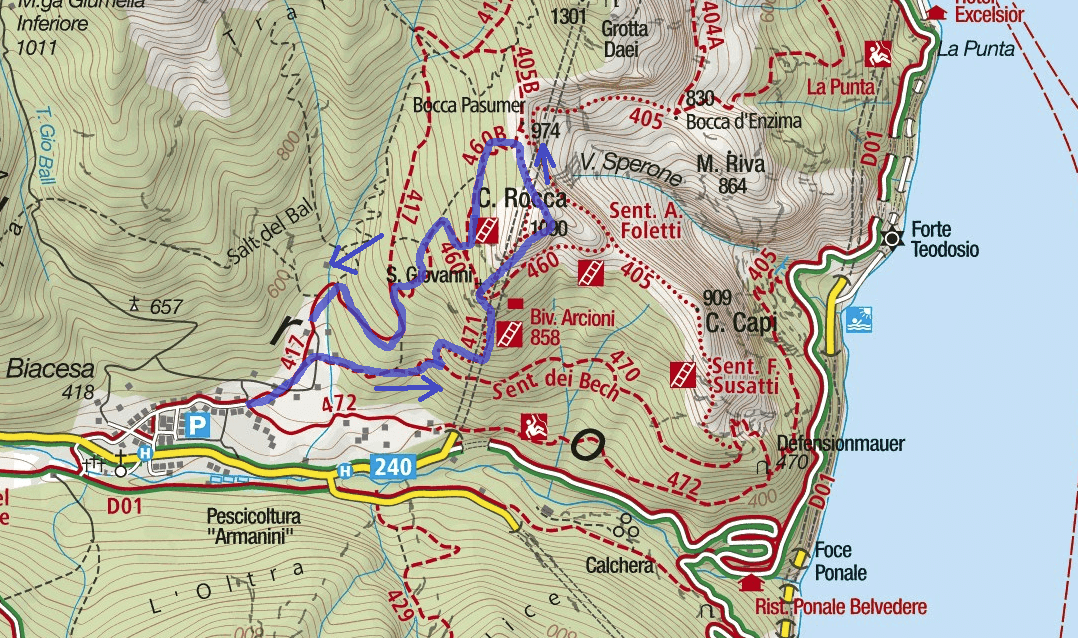 Images Ferrata Cima Rocca. The images included in the report were sent to us by the users of the site. If you are interested in sending us photos, use the form on the left or send them to our Facebook page. 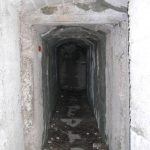 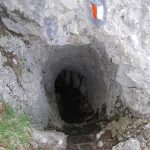 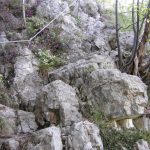 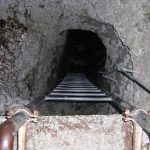 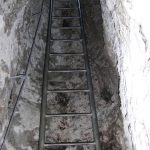 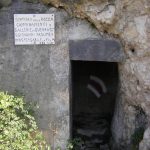 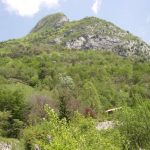 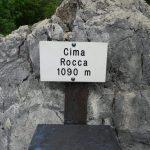 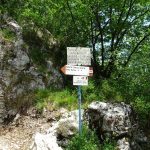 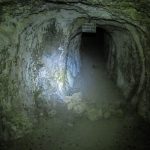 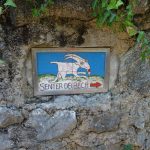 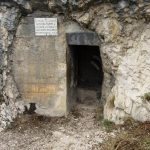 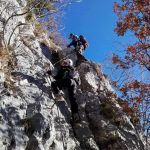 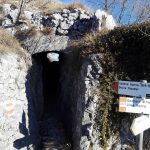 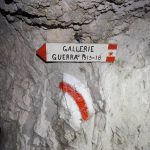 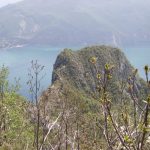 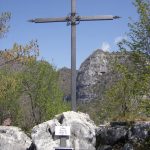 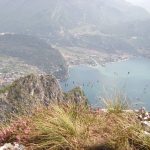 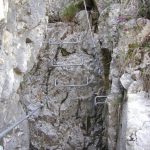