The easy Ferrata Colodri extends on the eastern walls of Monte Colodri that overlooks Arco in the province of Trento. The via ferrata is not particularly difficult and is ideal for beginners and people who want to approach the world of via ferrata. Particular attention must be paid to discharges of debris from above and therefore it is advisable to use a helmet already during the approach. The route develops close to notorious walls famous for free climbing routes.

The starting point of the itinerary is Arco in the province of TrentoOnce you reach Arco, cross the Sarca river on the bridge and then take Via Maini on the right, continuing straight until you reach a campsite on the right. Immediately afterwards we will notice on the left a notice board and on the right an open space where some cars can park. We leave the car there and begin our trip with Cima Colodri already visible ahead of us.

Once in the park we follow the red-white signs of CAI for Cima Colodri and for the via ferrata which we soon reach with a white sign and CAI signs (10 'from the parking lot).

he via ferrata starts on a stepped ramp where you can climb comfortably without pulling the safety cable. By climbing up these first steps, we cross an easy traverse to the right and continue uphill on a stepped ramp where the cable is comfortable as a handrail. Once this ramp is finished, we continue to the right on a large ledge that leads us to a first vertical strech however not difficult with excellent holds. We go up this short stretch and bend to the left going obliquely between small rocky jumps, ledges and path sections. The development of the route is now mainly in a sloopy ground on smooth ledge but without technical difficulties towards left. Let's go up a a couple of slabs leaned and aided with brackets and pegs. We go up a couple of diagonal stretches, we enter an easy crack with a simple diagonal traverse to the left and we approach the last section of the route.

We are at a dihedral of about ten meters in which the difficulties are in fact canceled by brackets present where the natural holds were not extremely evident. We cover the last leaned slab and the equipment ends beyond which with a short path we reach Cima Colodri (400 m) with its cross cross and characteristic Madonna (30 'from the start - 40' total).

From Cima Colodri the path goes down to the opposite side (west) up to a junction with CAI 431. For the return we continue to the left in the direction of Santa Maria di Laghel from which we will take the small road to the left that leads us downhill towards Arco. From Arco we will have to retrace the paved road that leads us to the car park (1h from the end of the via ferrata - 1h 45 'total).

If you want to take a longer, ring route, you can take the right at the crossroads with the CAI 431 that we will keep to Monte Colt and the Croce di Colt. We always go down keeping the 431 in the direction of the Aided Path of the Scaloni (2h from the end of the Ferrata Colodri), part of the Aided Path of Cavre. We climb the easy Sentiero Degli Scaloni trail and at the end we reach a crossroads where, keeping to the left, we enter the CAI 408 which, with a long route, sometimes takes us to the church of Santa Maria di Laghel from which we can descend to Arco. then to the car (4h from the Ferrata Colodri - about 5h total).

In this via ferrata, as in others with rock and similar climbing conditions, it is essential to prepare yourself with the equipment and helmet before reaching the start due to possible discharges of debris that could have dramatic consequences. However, the via ferrata remains very basic and is an excellent itinerary to approach aided paths.

The Ferrata Colodri extends in Arco, an area rich in rock climbing walls and cliffs. For via ferrata enthusiasts, the area of Lake Garda has many climbing routes for all tastes and technical levels. In the area of Cima Capi there are many aided routes such as the Ferrata Susatti, the Ferrata di Cima Rocca or the Aided path of the Laste. Near Riva del Garda you could climb the Ferrata dell'Amicizia to Cima Sat. For experienced hikers you could opt for the exposure Ferrata a Mori or for the very difficult Via Ferrata Pisetta in Sarche. Moving to the north we will be able to follow the Ferrata to the Rio Ruzza waterfall or the Ferrata Artpinistica in Preore.

If you are looking for an accomodation close to this route, we recommendAppartamento Via Ferratain the historical center of Mori. Apartment of 103 sqm, 5 beds and 1 cot. Follow this link for more info and Federico's contact details.

Traccia GPS per Ferrata Colodri. Itinerary: as per description above. 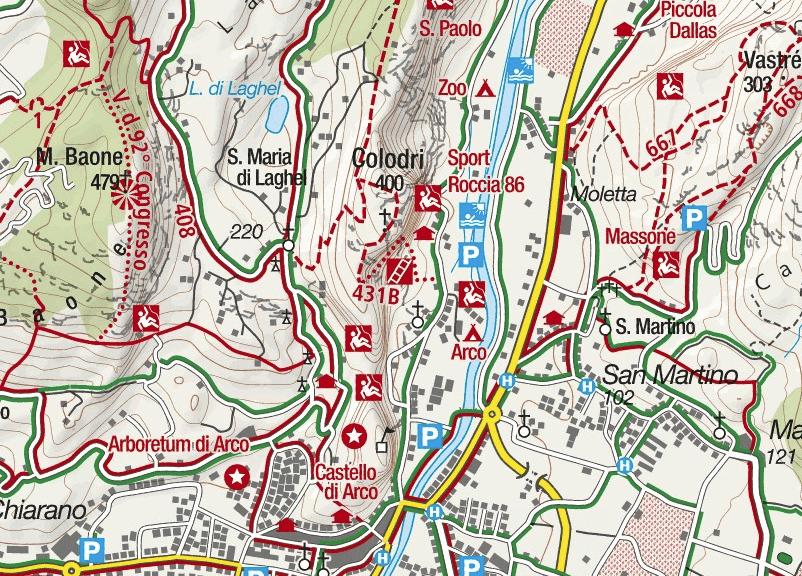 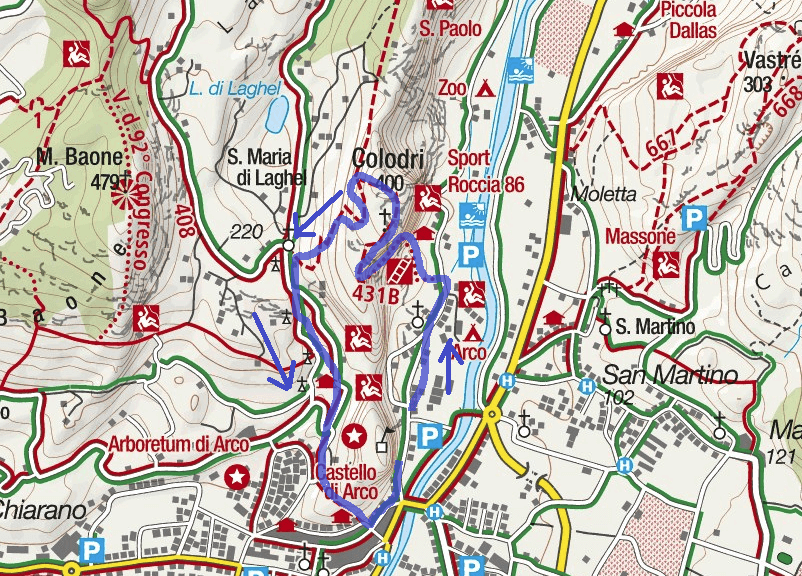 Images Ferrata Colodri. The images included in the report were sent to us by the users of the site. If you are interested in sending us photos, use the form on the left or send them to our Facebook page. 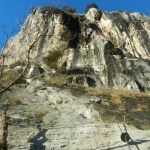 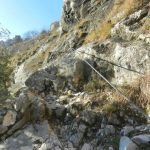 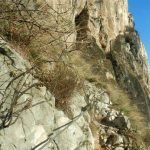 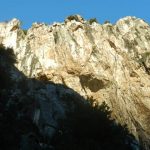 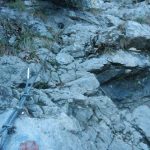 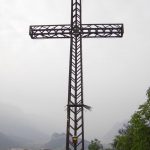 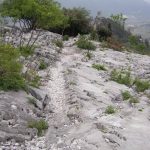 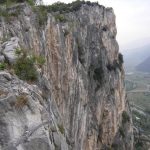 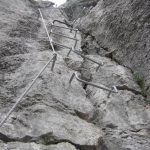 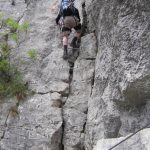 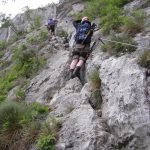 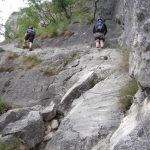 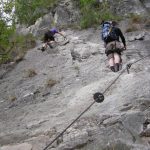 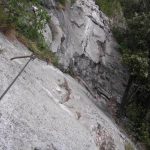 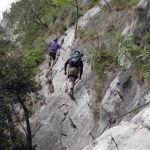 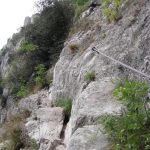 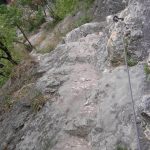 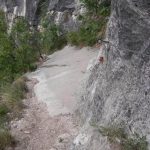 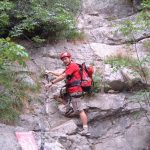 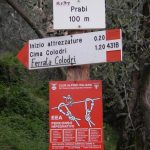 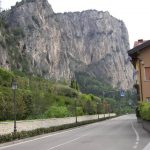 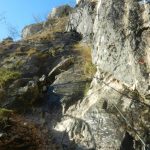 Meteo Ferrata Colodri in the locality of Arco (Trento).