Via Ferrata to the Croda Rossa di Sesto

Ferrata dei Costoni at the Croda Rossa di Sesto. The ferrata initially consists of a series of stairs to win a first rocky wall and then for some small rocks and a groove to climb. The via ferrata is not difficult but it extends in a long and demanding itinerary not to be underestimated also for the exposure to the north and the possibility of finding snow even in late season.

The starting point of the itinerary is the mountain station of the chairlift that takes us to the Prati di Croda Rossa from Moos near Sesto in Val Pusteria. Directions for Google Maps available here.

We climb a stretch of steep path until we reach a vertical jump that we go up with some metal stairs. The first ladder is the longest, then more follow some shorter helping us to quickly gain altitude. We proceed uphill on screes until we reach some some aided rocks that we go up to one saddle where a path leads to the left. We are near a terrace where we meet some remains of barracks from the First World War. We proceed straight downhill to then climb up to meet new remains of the Great War.

We now see the summit cross that we reach after climbing a vertical section of the via ferrata and some rocks (2936 m - 2h 15 'from the start - 3h total) with magnificent panorama.

The Ferrata dei Costoni of Croda Rossa is the simplest itinerary among those aided that reach the Croda Rossa. At times it is exposed but never particularly difficult and its aided sections are also suitable for beginners and people with reduced experience of via ferrata. Beware of snow which, in some places, is still present even late in the season as the prevailing exposure to the north.

The Ferrata dei Costoni of Croda Rossa extends under a peak that is also reached from the Via Ferrata Zandonella and from the Ferrata del Castelliere, both more demanding than the ferrata subject of this report. Still in the area of Sesto Dolomites we meet other wonderful aided routes, including the Strada degli Alpini, the Via Ferrata Roghel, the Ferrata to the Cengia Gabriella and the recent Ferrata Saverino Casara. 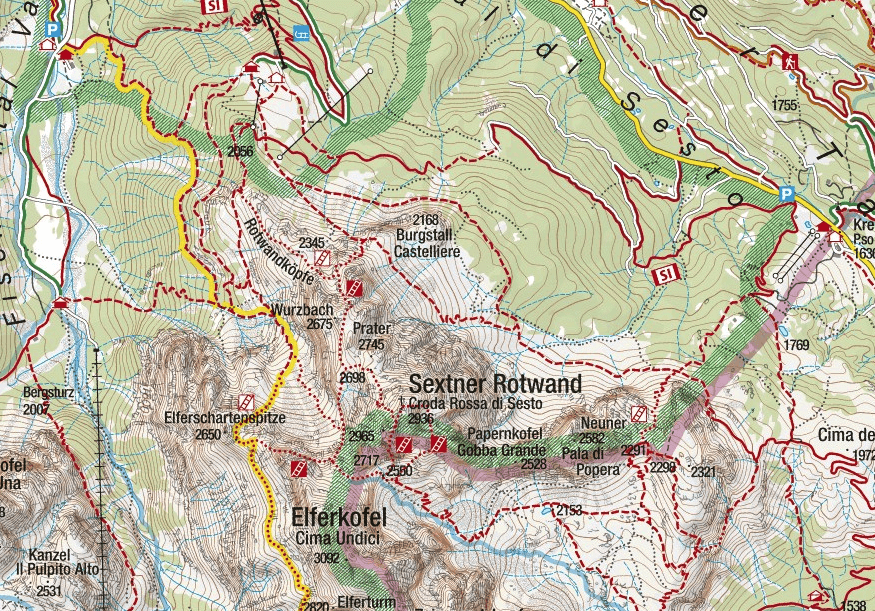 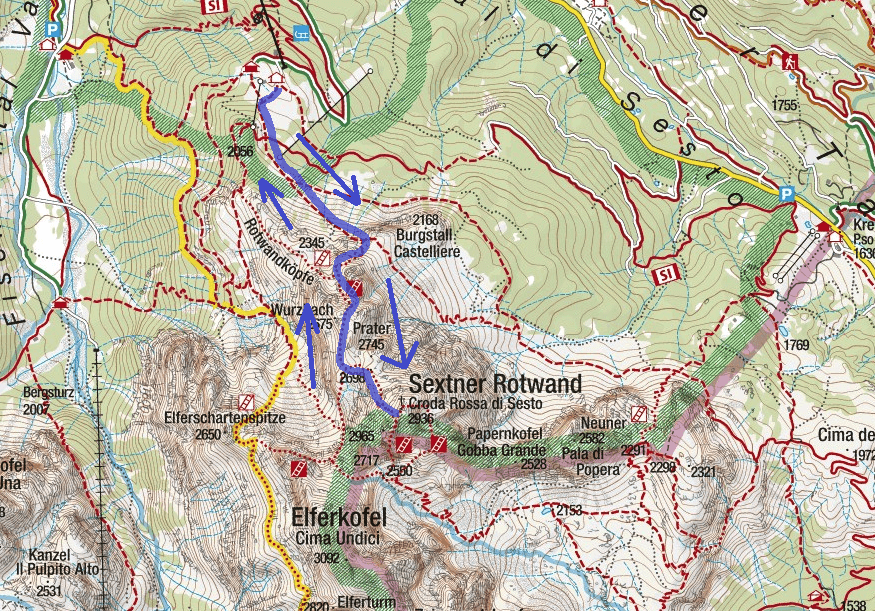 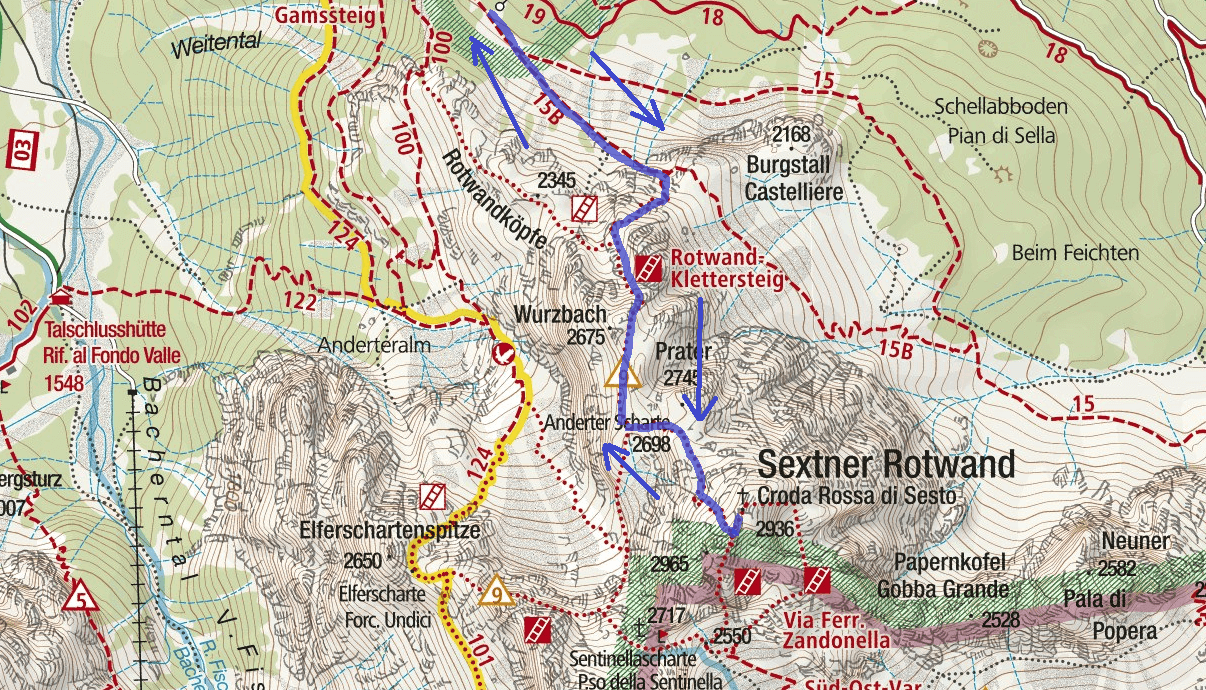 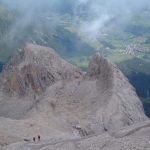 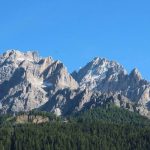 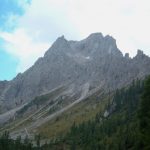 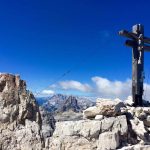 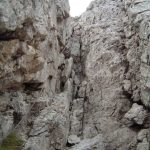 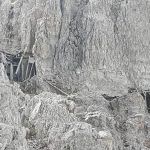 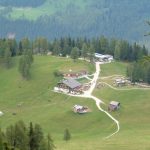 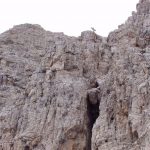 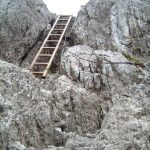 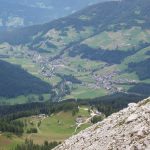 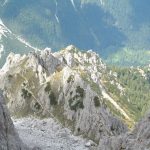 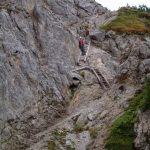 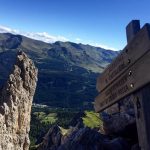 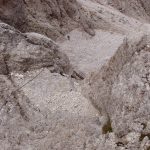 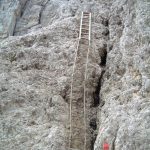 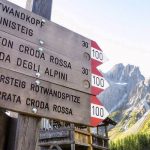 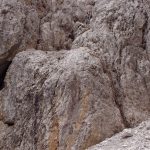 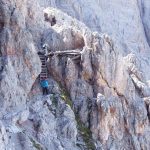 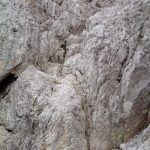