Via Ferrata Danesi at Gran Sasso

The Via Ferrata Danesi allows you to go up the Corno Piccolo in the Gran Sasso massif. It is often traveled as a continuation of the Ventricini Aided path. Partly along the normal route to the Corno Grande and then continue between ropes and steps in the direction of Corno Piccolo. To reach the top it is necessary to do some steps of I and II grade not aided.

There are a couple of alternatives to take this route. In this report we propose starting from Prati di Tivo from which the Prati di Tivo cableway departs. To reach it you can use the A24 that connects Rome to Teramo, exit San Gabriele - Colledara, take the SP 491 up to Montorio al Vomano from which we take the SS 80 of Gran Sasso towards L'Aquila until the junction signposted for Prati di Tivo . For those coming from Rome, you might prefer to go up from Campo Imperatore and take a different route.

The itinerary we suggest requires taking the cable car from Prati di Tivo towards Madonnina. We start to climb up to a junction that offers us 2 choices:

The Ferrata Danesi immediately goes up a steep path on gravelly and slippery ground to lead us to a series of ups and downs that in fact lead us to the beginning of the ferrata. The ferrata goes up a series of steep rocky canals with both cable and ladders. In many places the via ferrata is pleasantly climbing with stretches that are generally on the II degree. In 2019 the via ferrata has been renewed.

After a short time, you reach the "hole" (key passage) in which it is necessary to remove the backpack (it may be useful a quickdraw or tape to attach it to the harness). This hole is an embedded stone that does not facilitate progression in a stretch where the rocks are smooth. It is passed more easily from the inner side than the outer side. After the "hole" another stretch of rocks is faced and then we will reach the saddle that separates us from the summit of Corno Piccolo. Descend a few meters on the opposite slope and climb a particular passage in a gap between two boulders. Once you reach a small terrace, the metal equipment starts again with which we go up a few slits after which the cable ends.

We do not enter the "hole" but we move towards a slab on the left which we shall climb. We reach some rocky steps and downclimb a few meter on the opposite side of the wall until we reach a couple of big stones to climb in good exposure. Soon the metal cable ends.

We walk a few meters on the flat crossing some rocky outcrops reaching a notch in the rock that is exceeded with the aid of a fixed rope. At the end of the cable we have the last meters diagonally and we reach the summit of Corno Piccolo (1h from the start - 3h 15' from the cable car).

The descent takes place via the steep normal route which requires particular attention having unprotected passages I and II grade in free climbing (45' from the end of the Ferrata Danesi). The route of the outward journey including the Ventricini path is traced back to the cableway (2h 30 'from the end of the via ferrata - 5h 45' total).

The Ferrata Danesi is of medium difficulty except for a couple of steps with a higher difficulty level (for example the "hole"). An aspect that is certainly not to be underestimated is the alpine environment in which you climb and above all the way down (via normale). A steady feet is required, no vertigo and some unprotected passages, therefore not recommended in case of uncertain weather. That said, the ascent to the Corno Piccolo is one of the most beautiful, rewarding and engaging trips that can be done throughout the Apennine range.

As already described in the report, the Ferrata Danesi is the natural continuation of the Aided path Ventricini. An interesting option is to go up the valley where the normal route descends to the Sella dei due Corni (45 'from the end of the descent from the normal route) and descend to the Franchetti hut. From there, on the right there is a track that cuts the scree going down towards the Cornacchie valley and in short the start of the Ferrata Ricci to the Corno Grande. Once the itinerary is complete, it is possible to return with a loop tour to the cable car and then to the parking lot. Consider the option of staying overnight at the Franchetti hut due to the length of the full trip. If you wanted to reach the southern slope of the Corno Grande you can use the Via Ferrata Brizio and from there reach the Bafile shelter with the homonymous Ferrata. On the south side of the massif the magnificent is also encountered Path of the Centenary and the Ferrata Famigliari. 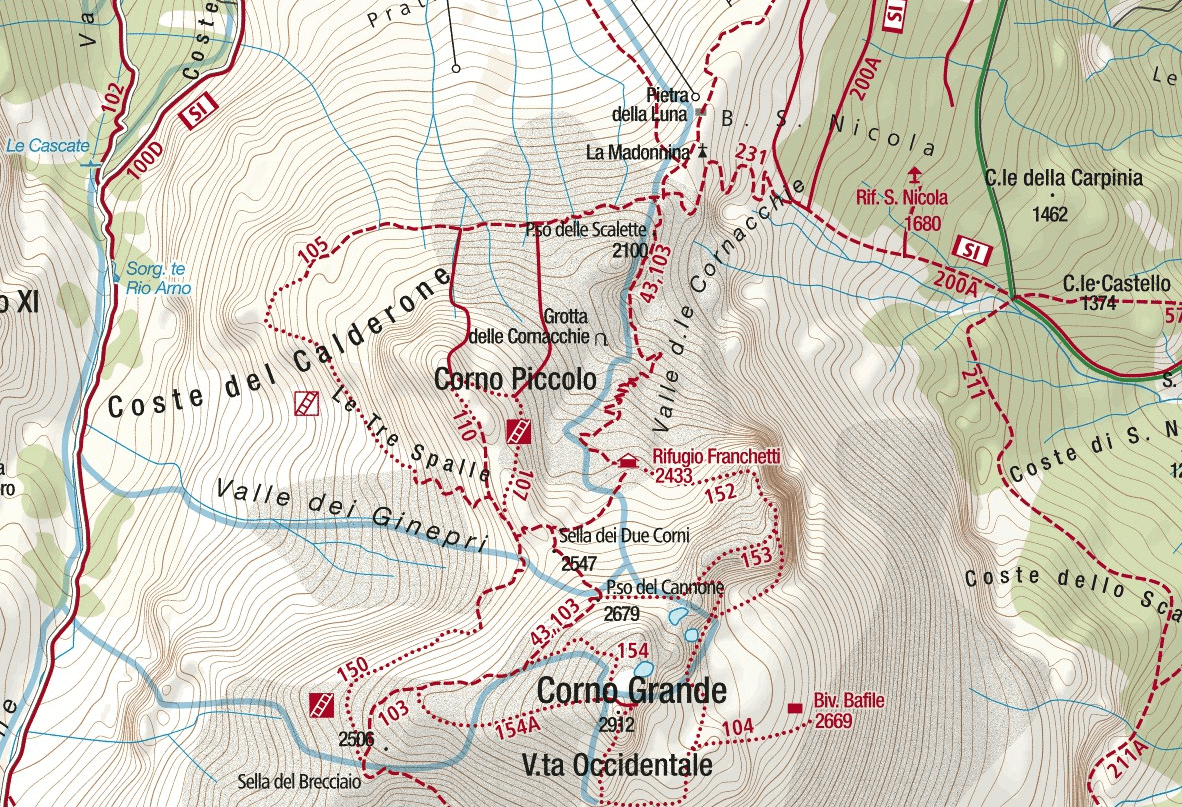 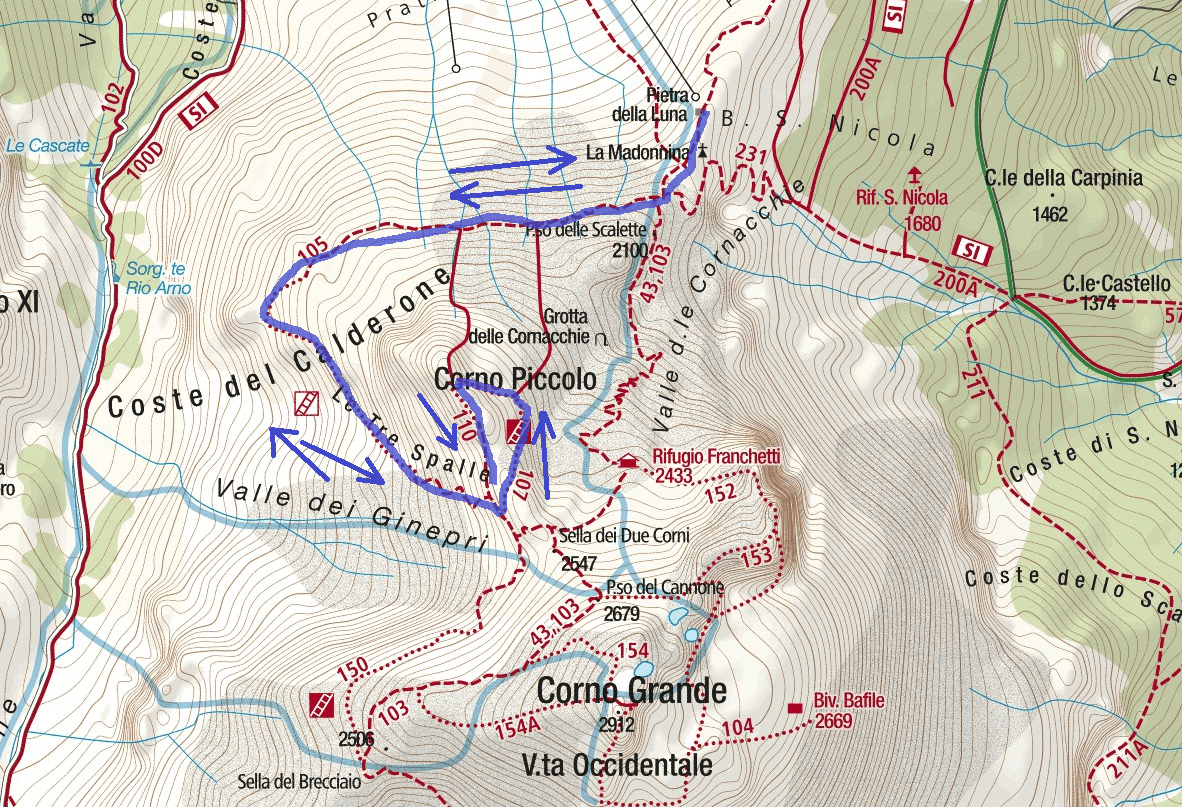 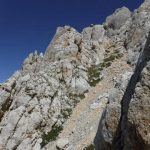 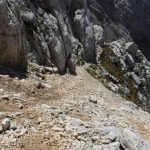 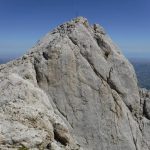 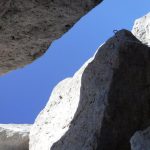 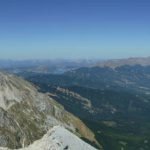 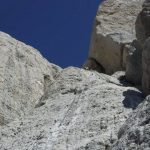 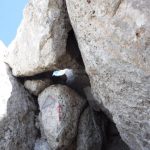 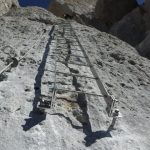 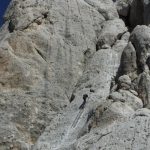 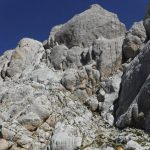 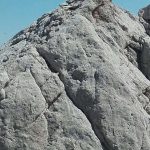 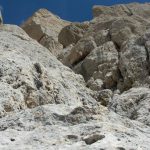 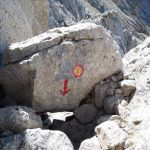 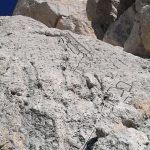 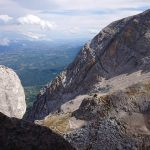 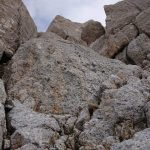 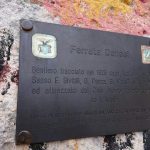 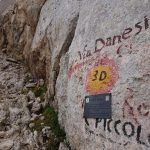 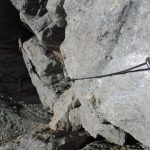 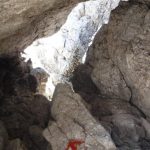 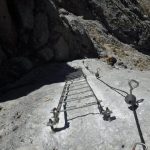 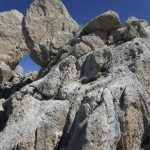