Review of the brief Ferrata degli Alpini to Zuc della Guardia in the Carnic Alps. Short itinerary and not particularly difficult. Ideal to combine with other aided routes in the area.

The starting point of the Ferrata allo Zuc route is the Cason di Lanza Pass (1552 m) in the province of Udine. The pass can be reached both from Paularo and Pontebba with an approximately equal distance in both directions. The conditions of the asphalt road are generally better going up from Pontebba. Pontebba is easily reachable with the A23 from the homonymous exit. Once in the village we must follow to Studena Bassa and continue on the road that runs along the valley for about 13 km up to the pass. Ample parking space with the possibility of both board and lodging. Directions for Google Maps available here.

Leave the car in the Cason di Lanza car park (1552 m), cross the road heading south and follow the dirt road that leads to an abandoned white barracks with green windows. While we are on this dirt road we ignore a sign with clear deviation to the right for ilo Monte Zermula and its ferrata. A little further on we meet instead one clear indication for the Forca di Lanza. We follow it along the path 442a. The climb is constant and never excessive with it Zuc della Guardia already clearly visible before our eyes. After a stretch in the woods, we follow the directions and reach a first junction (ca 1700 m - ca 30 'from the parking lot): on the right rises the normal road to Zuc della Guardia. We ignore this route - which we will use as a return. We continue on the path 442a until we meet a new crossroads (1815 m - ca 15 'from the previous crossroads). In this case we keep to the left, we reach the saddle that separates the Zuc della Guardia from the Monte Pizzul, and so in short we are atstart of the via ferrata located near a war tunnel and near an obvious metallic staircase (approx. 1h from the parking lot).

Put on the harness in the comfortable area next to the metal ladder and the commemorative plate, let's start the climb up the ladder. This ladder is initially slightly overhanging then instead become more supported. We go back up without problems and, following the cable we climb a series of rocks resting towards the left. We finish the rocks and we are at the base of a gully which we ascend, sometimes broken, standing on the right side. Back up the gully we are in good exposure and the path just traveled is evident approaching.

From the end of the stretch just traveled, we reach the ledge of a red box on a ledge. Now we follow a ramp ramp uphill to the left. We reach one series of pleasant rocks to climb. The frames of the original via ferrata are evident in this section. Let's climb a more vertical stretch with excellent presence of natural supports. The cable now takes us to a saddle. We go down on its opposite side for a couple of meters and, following the cable on the right, we carry ourselves to the base of a aided cable couloir to the right. We then follow it without particular difficulty in the first part. This goes up a couple of more pronounced leaps in the upper part that lead us to climb a small wall. After this stretch we follow a stretch of aided path without difficulty that ends a few meters below the ridge on which one is positioned simple wooden cross which represents the high point of the Zuc della Guardia (1911 m - 40 'from the start - ca 1h 45' from the parking lot).

Under our eyes is clearly visible Passo del Cason di Lanza. We then begin the descent along the normal route that follows the track that descends towards the north. Although the descent is more supported than the climb, some metal cables help us in the most exposed sections. Watch out for gravel in some places. They end the equipment and, following some yellow marks, we reach the crossroad ignored in the approach. Going back along the path already traveled, you go down to the parking lot (1h from the summit - 2h 45 'total).

The Ferrata at the Zuc della Guardia is a fairly difficult medium-grade via ferrata. Pay attention to the downhill section which, although remaining at medium difficulty levels, has a treacherous bottom that requires caution, especially if damp.

The Zuc della Guardia Ferrata is often combined with the neighbor Ferrata Amici della Montagna at the Zermula. If you wanted to follow other routes aided in this corner of Carnia, we recommend the Uiberlachersteig via ferrata or the Ferrata Crete Rosse to the Crete of Aip, Moreover clearly visible from the peak just reached. Moving towards the Pramollo Pass we meet the Via Ferrata Contin and the Ferrata to the Clampil Tower while to the east we meet the Aided path Cuestalta. 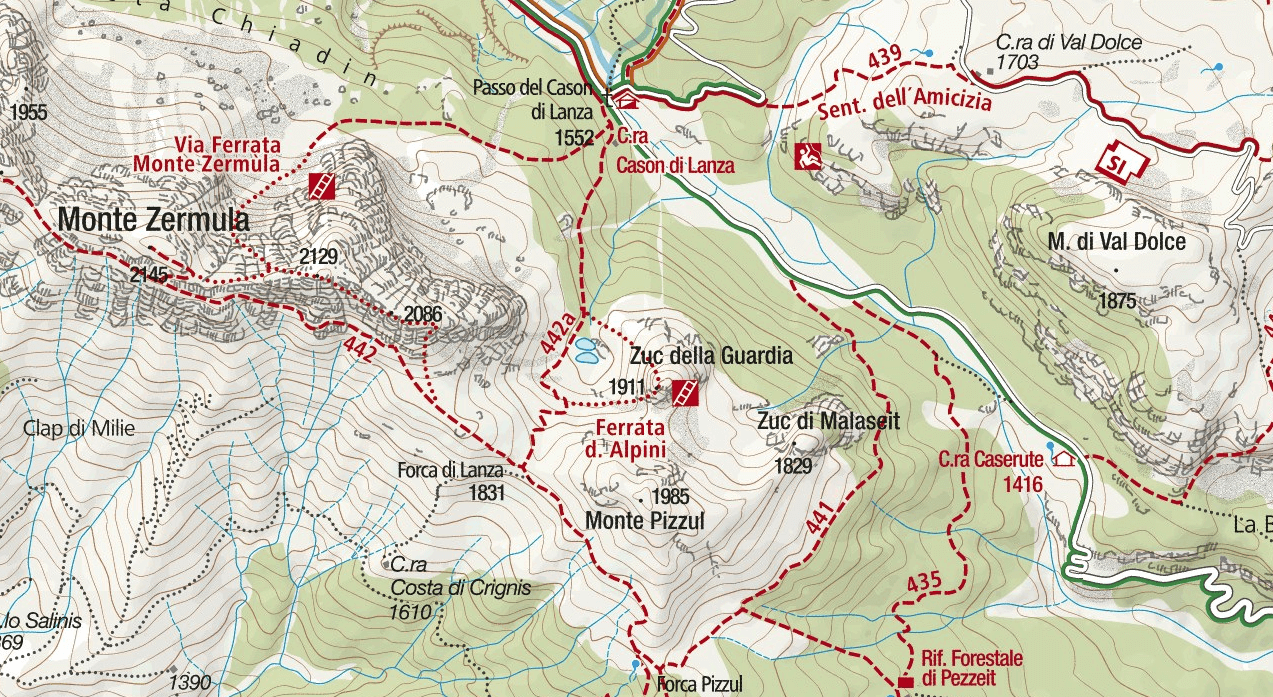 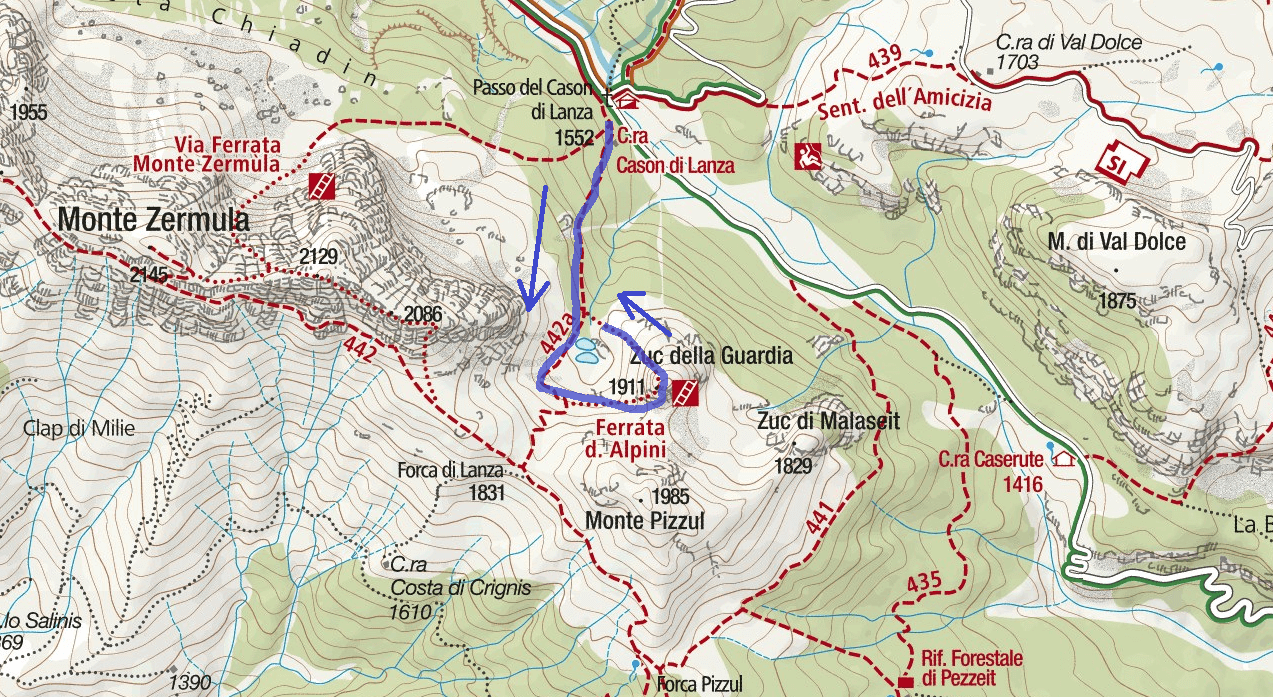 Images Ferrata Zuc della Guardia. The images included in the report were sent to us by the users of the site. If you are interested in sending us photos, use the form on the left or send them to our Facebook page. 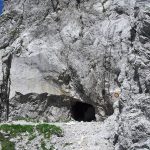 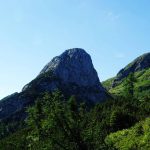 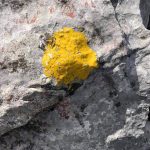 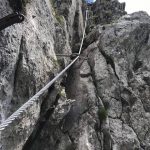 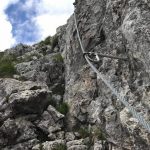 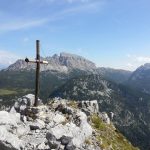 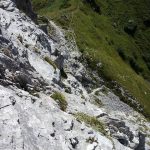 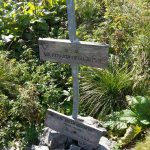 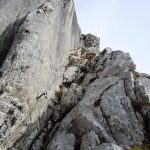 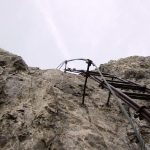 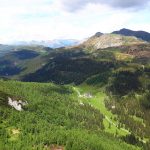 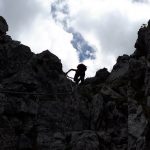 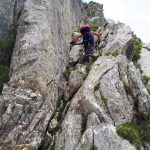 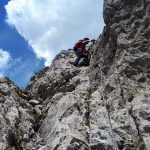 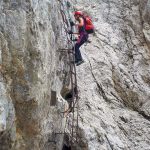 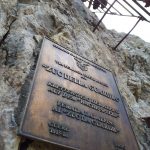 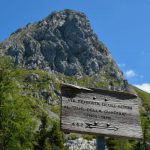 Webcam Ferrata Zuc della Guardia in the Austrian Cableway in Crete of Aip.

Webcam in Austrian Cable Car in Crete of Aip