Review of the Ferrata del Canalone ascending to Punta Desperazione (literally "Ferrata of the Gully of Deperation Peak") in the Val Canali. The via ferrata is short, vertical, very climbable without climbing to a real peak inserted in a long trip, thus making it an anomalous aided route in the Pale di San Martino complex where the routes are generally quite long. Return in part aided and exposed.

The starting point of the Ferrata del Canalone is located in Val Canali, a valley within the Pale di San Martino group. To reach Val Canali we will have to take the Strada Statale 347 of Passo Duran which connects the eastern slope of the Dolomites of the Pale di San Martino with the western slope. Coming from Fiera di Primero (Trento) we follow for about 5 Km towards Agordo up to a wide hairpin bend with clear indications for Val Canali. We follow the road going up Val Canali, we walk all the way, we ignore a left-hand bend and continue straight. We reach a crossroads near a small church and we keep to the right until we find Malga Canali, near which there is a parking lot where to leave the car. Directions for Google Maps available here.

The goal of the approach to this via ferrata is the Rifugio Treviso, historic hut of the Val Canali. After leaving the car near Malga Canali (1302 m) we continue on the wide dirt road that continues into the wood initially on a slight slope. We reach a couple of crossroads: to the right for the Troi del Todesch path and to the left for the Minazio Shelter. We ignore both and continue along path 707 which crosses the Canali stream and, still on an easy path, climbs steeply with a long series of hairpin bends until it reaches the Rifugio Treviso (1631 m - 1h from the parking lot).

The via ferrata extends along an edge that rises to Punta della Disperazione, spur of rock clearly visible from the hut. Left the shelter, we follow one first indication to reach the via ferrata. From the hut we climb to the right on a clear track. At some point from 718 in which we are off the track for the ferrata on the right (left one of the return routes) and up steep but short climb we reach thestart of the via ferrata with the characteristic sign (15 'from the hut - 1h 15' from the parking lot).

The region ofstart of the via ferrata immediately shows us some features of the route. The rock is very sticky and solid, whoever has traced the way suggests us to climb rather than pull the cable. In fact, to reach the first wire rope we have to climb 4 meters from the ground on rock very well set but without protections. It is immediately visible the development of the first section of the route: we initially climb on the right side of the edge in a vertical line and gradually move towards the edge of the edge in the upper part. After the first few meters of ascent we face a wall in which some metal boxes have been added with which we ascend a short overhanging leap. As we go up we move to the left and, in strong exposure, we get on the edge of the edge. The rock is excellently attached and allows a very pleasant climb in climbing albeit aerial, with behind us clearly visible the Rifugio Treviso.

You continue uphill along the edge trying to find the holds and trace this exposed section. At this point we will move to the left towards the Punta della Disperazione side facing the Canalone. Move away to the left horizontally with a cross with some brackets and change to support the progression, the cable now starts up again vertically in the last challenging section of the route. We proceed vertically up to face a overhanging stretch which, compared to the previous version of the route, has now been aided with wider cambras and therefore less demanding. Climb up this challenging and exposed passage we bend to the left and then to the right for alast series of steps beyond which we reached the end of the ferrata at Punta della Desperazione (1h from the start - 2h 15 'total).

For a short aided track we reach Punta della Desperazione. At this point we follow the cables to the left which they go down slightly and then begin to traverse the rocky wall horizontally where one is present and clearly visible wooden walkway. Let's start by going through theexposed gangway and therefore one ledge. We proceed downhill going to reach a gully with rocks to descend paying attention to the fund is not always stable. We then return to the start and then back to the Rifugio Treviso. From Rifugio Treviso backwards for the approach path to the car park (1h 30 'from the end of the via ferrata - 3h 45' total).

The Ferrata del Canalone is a short and technical via ferrata. The excellent rock makes it largely climbable despite the strong exposure along practically the entire climb (and part of the descent). The equipment has recently been modernized and is currently in good repair. Approximately short approach and return make it an ideal way to travel on days of weather not 100% stable where other routes in the Pale di San Martino - generally long - may not be viable.

Traccia GPS per Ferrata del Canalone. Itinerary: as per description above. 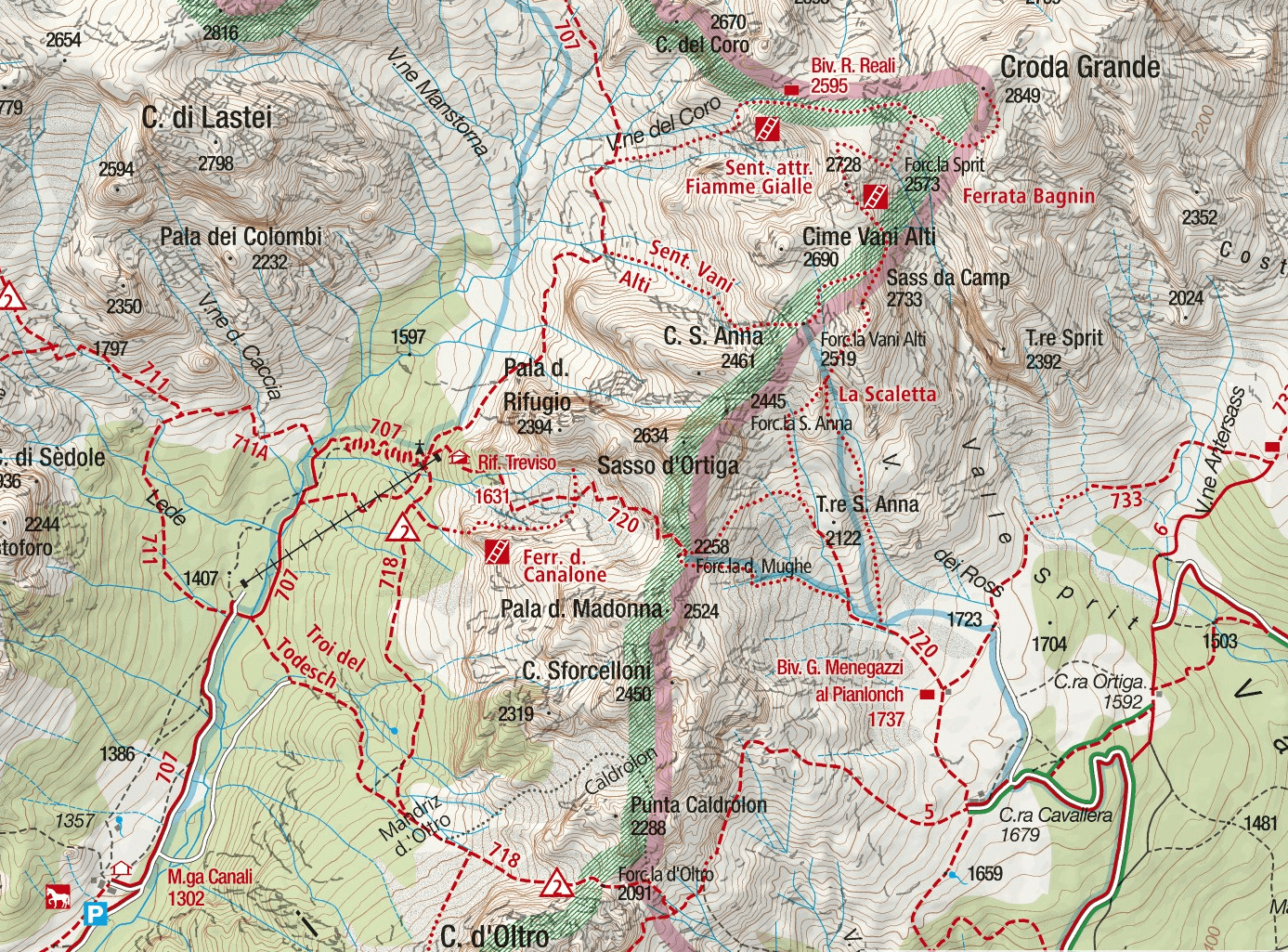 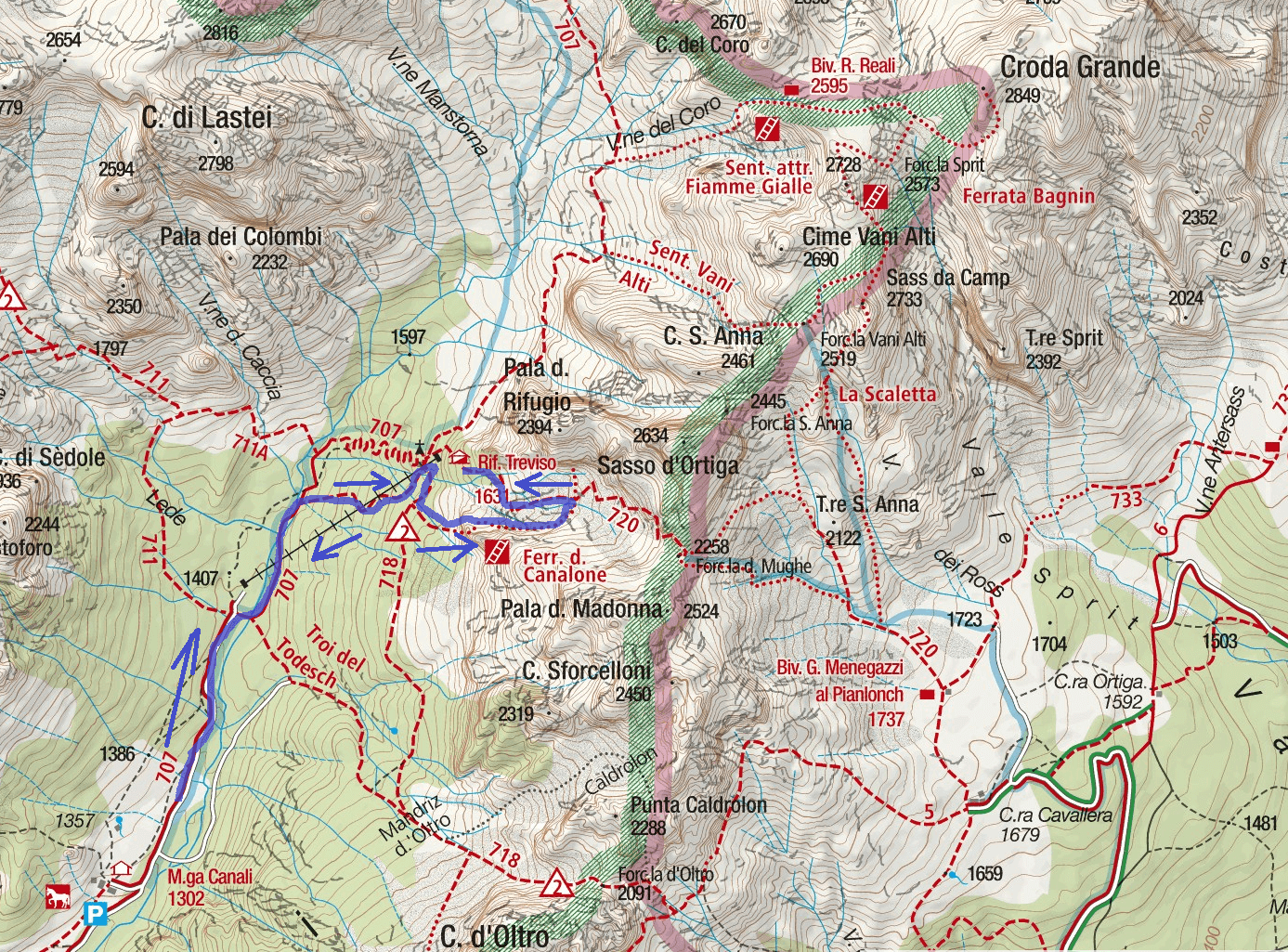 Images Ferrata del Canalone. The images included in the report were sent to us by the users of the site. If you are interested in sending us photos, use the form on the left or send them to our Facebook page. 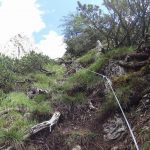 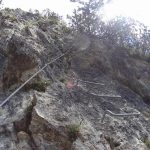 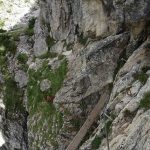 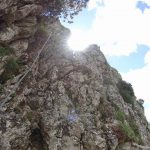 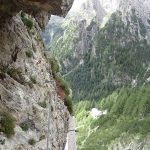 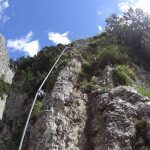 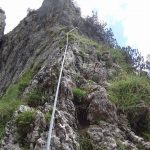 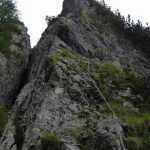 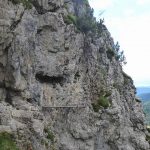 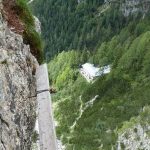 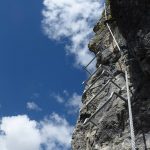 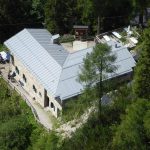 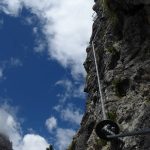 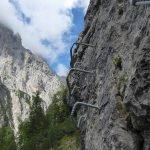 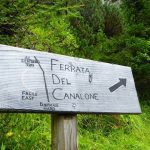 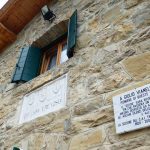 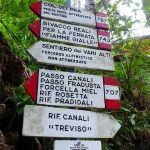 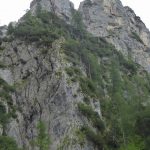 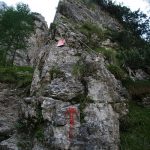 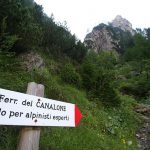 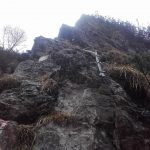 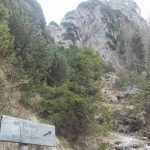 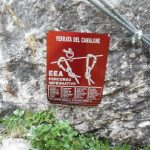 Ferrata Weather of the Canalone in Fiera di Primiero (Trento).