Via Ferrata of the Antelao Glacier

Review of the Antelao Glacier tour including its Via Ferrata. Wonderful itinerary ascending to the Forcella del Ghiacciaio that separates the Lower Glacier from the Upper Glacier in the Antelao. Technically of medium difficulty ferrata in a severe and high mountain environment.

The ascent of the Ferrata of the Antelao Glacier is a long way with the disadvantage that wherever you undertake it, in order to get back to the car, you will travel a long return route. Our report considers the departure from the Capanna degli Alpini in Val d'Oten reachable by car (jeep) or by public transport in the section between Praciadelan and the Capanna. This itinerary is probably the less long among the various options available.

Up to this point the climb has not presented any problem but the surrounding environment has gradually changed, increasing the grandeur meter by meter and from the Rifugio Galassi it opens on the top of the Antelao and on the north side where there are still two ice - on the right the lower glacier, on the left the upper glacier (not visible initially).

From the hut the normal route starts with path 227 initially to the right and the road that heads towards the Upper Glacier (trail sign 250) which also leads to the Ferrata del Ghiacciaio which ends at the Forcella del Ghiacciaio.

We follow the path 250 that remains to the left of rocky walls gradually more and more majestic as we go up. Initially you climb on mixed meadows and rock to gradually leave more and more space to the rock. Stones initially and rock smoothed by the action of the ice appear before us with the Lower Glacier in the distance. We follow the signs that lead us, before reaching the Lower Glacier, to cut traversely the valley to take us to the opposite side of the valley in the direction of a long inclined slab where the ferrata extends (1h 30 'from the Rifugio Galassi - 3h 15' from the Capanna degli Alpini).

The via ferrata appears before us in all its simplicity and logic. You will have to go up a slab of about 200 meters diagonal with a slope of about 45 degrees until you reach the overlying saddle. It starts with a rather leaning diagonal stretch which is followed by a horizontal line with which we approach the south western foothills there Cima Cadin. At one point the ferrata bends to the right and the slab ascent begins where they alternate smooth strokes on slab with some rocks e some gullies. A groove in particular it is more pronounced than the others e si procede in spaccata tuttavia con difficoltà modeste vista la pendenza e l'abbondanza di appigli e anche alcuni pioli metallici presenti. Proseguiamo la salita sulla placca raggiungendo la parte superiore maggiormente verticale tuttavia non difficile e dove è comunque possibile arrampicare. Usciamo sulla Forcella del Ghiacciaio (2584 m - 45' dall'attacco - 2h 15' dal Rifugio Galassi - 3h 45' da Capanna degli Alpini).

Magnificent view from the saddle that opens on Upper Glacier and underlying lakes arising from the melting of the glacier. On the opposite side we can see the Galassi hut at the bottom of the glacial valley.

We begin the descent along a short stretch of exposed ridge to then take the descent on the opposite side of the climb. We go down into the valley keeping the glacier to our right in which many crevasses are clearly visible. The descent is evident along the screes that will descend into Val Antelao. We will keep on left side of the valley below the ridge that leads to Cima Cadin. The descent presents a couple of delicate points downhill in which it is necessary to have a standing foot given the smooth rock. After the first unprotected meters we reach a short aided section where is the cable acts as a handrail on our left. Terminato questo passaggio le difficoltà tecniche dell'itinerario sono praticamente esaurite. Nota valida dal 2021: la parte di discesa è stata maggiormente attrezzata riducendone le difficoltà tecniche ma da affrontare con attrezzatura da ferrata.

Proseguiamo in descent along the scree reaching i below the Antelao pastures. Along the descent you might notice a track that comes off to the left. It is an option to shorten the return slightly but presents a difficult passage. Avoiding this shortcut we remain on the 250 until you reach the turnoff for the Cason Antelao and Pradacielan along the CAI 258. We take this saddle to the left and reach the village without any particular problems along the descent into the valley (3h from the Forcella del Ghiacciaio at the end of the ferrata - about 7h total from Capanna degli Alpini).

Some notes are needed when taking an trip to the slopes of what is considered the King of the Dolomites. The Antelao is a very demanding mountain from all points of view and requires good mountain experience to take an trip to its slopes. The hiker should not be misled by the moderate technical difficulties he will encounter on the via ferrata. The environment is very severe and the descent on the opposite side to the via ferrata presents two challenging and difficult passages. The environment is majestic and this via ferrata offers the thrill of being on the slopes of one of the most beautiful mountains in the Dolomites.

The Antelao Ferrata is the only aided route that climbs this magnificent mountain. Going up towards Cortina we meet the Ferrata Vandelli and Berti at Sorapiss and beyond the various via ferrata in Cortina (ex: Sci Club 18, Ferrata Aglio to the Tofana di Mezzo, Olivieri at Punta Anna etc). Continuing north-east instead in the direction of Lozza di Cadore we meet the Aided path of the Alpine Jau Tana (challenging itinerary) and the Da Prà Aided path. Descending instead along the valley we meet the Ferrata del Vajont. 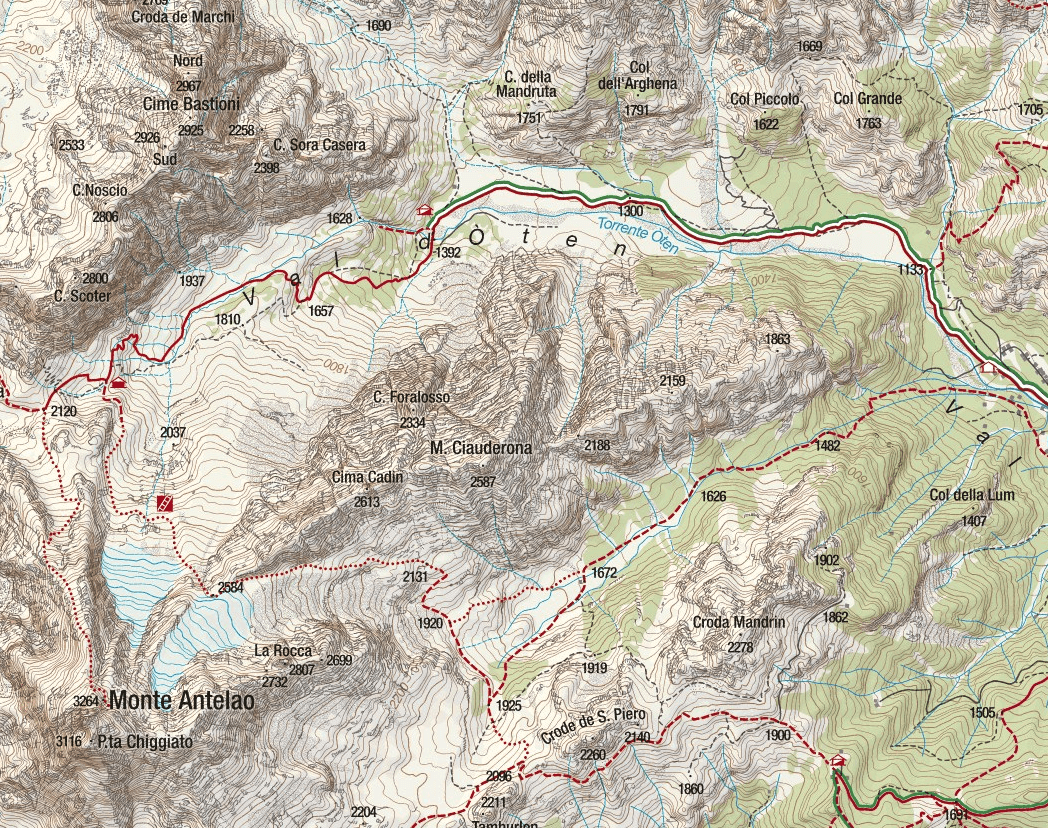 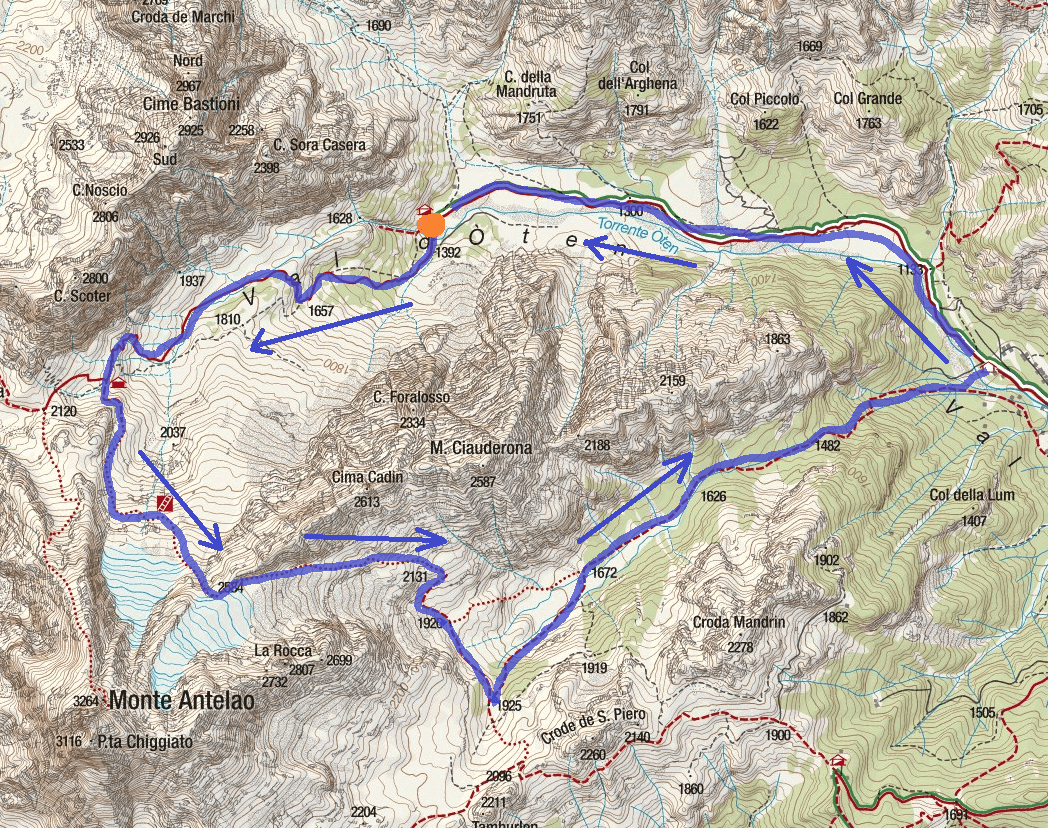 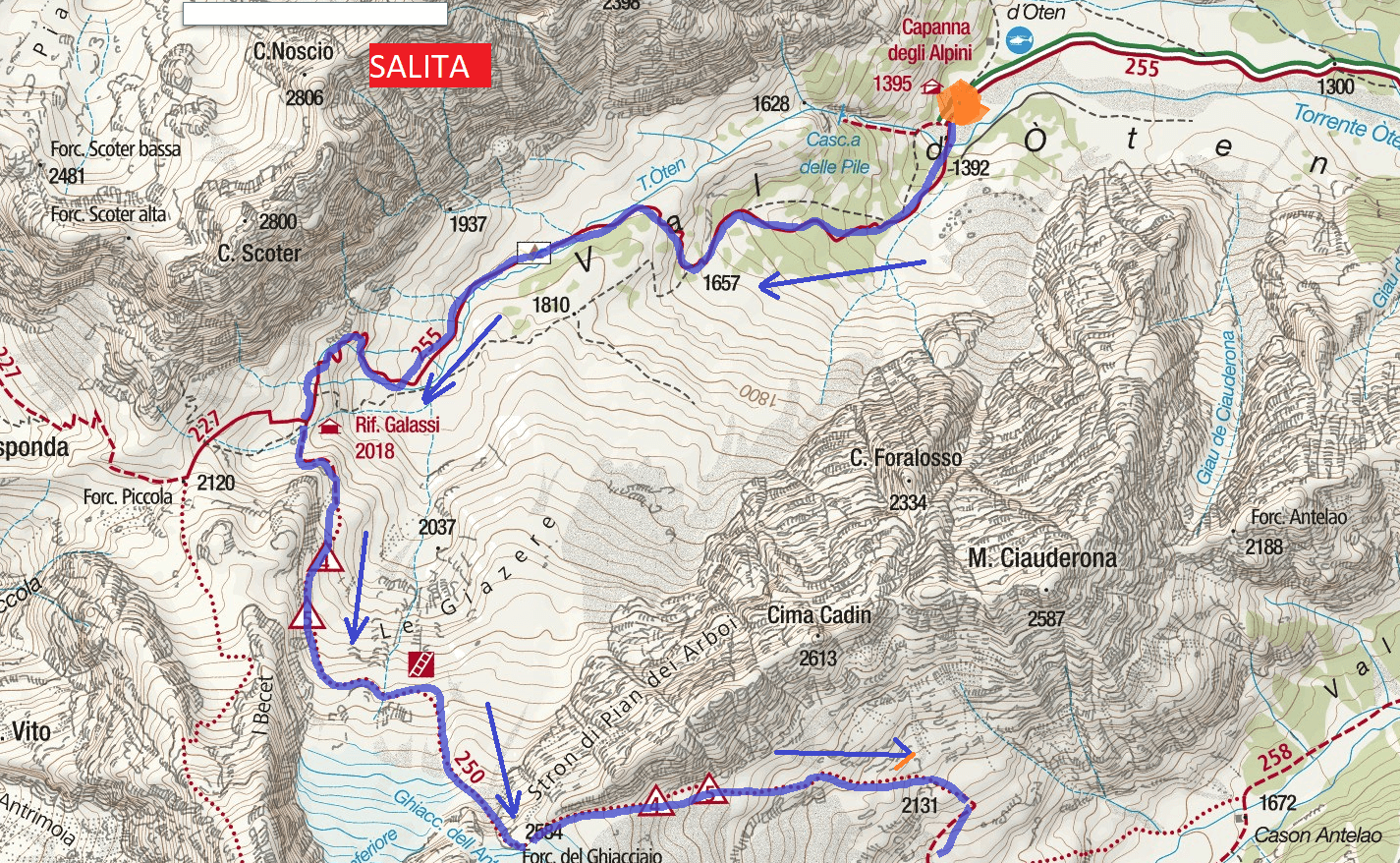 Images Ferrata of the Antelao Glacier. The images included in the report were sent to us by the users of the site. If you are interested in sending us photos, use the form on the left or send them to our Facebook page. 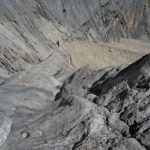 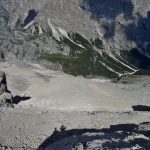 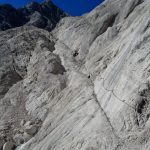 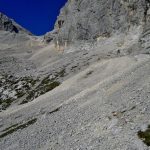 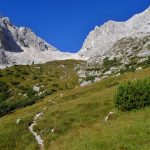 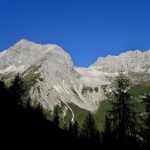 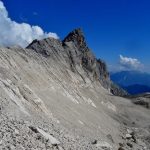 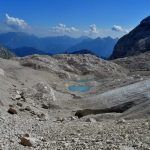 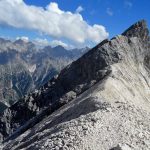 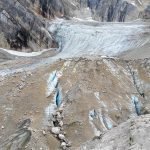 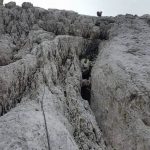 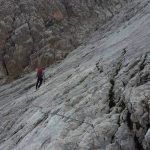 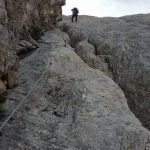 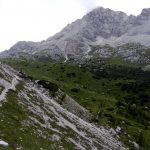 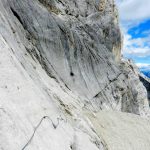 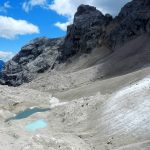 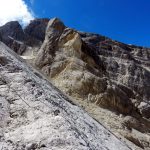 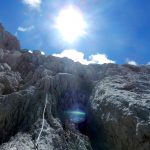 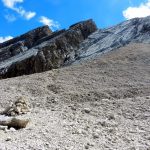 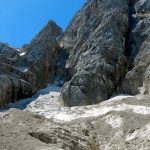 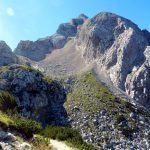 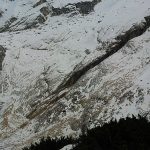 Ferrata Webcam of the Antelao Glacier in Rifugio Galassi - Antelao.