Via Ferrata of Vallon

The Ferrata del Vallon is located on the east face of the Sella Group connecting the Kostner Hut to the Piz Boè. The via ferrata does not present substantial difficulties except for the last wall of twenty meters more vertical, exposed and demanding. Ferrata that has been re-aided at the beginning of the 2000s with modifications compared to the original layout.

The starting point of the itinerary is the top station of the cable car from Corvara - Val Badia - first up to the Crep de Mont and then to the Vallon (2537 m). Directions for Google Maps available here.

If you wanted to avoid the cable car you can reach the Campolungo Pass between Arabba and Corvara and from the car park near the Alberto Boè (1860 m) go up the wide CAI path 638 up to the junction that leads to the ferrata just before the Rifugio Kostner (2500 m - 1h 30 'from the pass).

From mountain station of the cable car follow to the right the sign indicating the Ferrata Piz da Lech and Vallon. We continue in a slight slope up to a detour where on the right we climb towards the start of the Ferrata Piz da Lech while we continue along the hillside on a detrital slope entering the Valun staying on the right side until you reach the start of the via ferrata marked with large red signs at the bottom of a magnificent glacial cirque surrounded by impressive rocky walls (45 'from the mountain station of the chair lift).

It is also possible to follow the directions for the Kostner hut and the Ferrata Piazzetta (CAI 638) where we will pay attention before arriving at the hut ai signs and to the trace that detaches towards inward entering the glacial cirque.

Let's start the via ferrata going up diagonally an easy traverse beyond which we face a series of well-set rocky leaps with the cable to our left that can only be used as self-insurance and proceed trying to climb the not difficult passages present. We reach an easy chimney in which a crack presents us with many holds to go up this passage in split. We continue now in an easy stretch where we climb along an aided path, first to the right and then to the left in the direction of the yellowish black bastion that surmounts the valley. continue under the wall to the right until you reach a series of rocks that we always climb with the cable on the left. We reach a new short fireplace with characteristics similar to the previous one. The cable runs to the left and the well-secured rock allows us to break out of it without any particular problems to quickly reach the most iconic point of the trip. We are near a suspended bridge near one waterfall. Originally the route continued on the left of the waterfall while now it develops on the right side. They are still visible the old equipment.

Past the bridge we are in the second most challenging and interesting section of the itinerary. We find an exposed and vertical wall twenty meters in front of us. We climb a first rocky belly and then bend slightly to the left and then to the right with good holds for hands and feet. Anyone familiar with climbing can proceed without pulling the cable. We proceed next to a diagonal stretch that recalls the characteristics of a supported dihedral. We go up this last stretch and we are at the last meters of rocks with which we reach the rocky terrace from which we dominate the newly ascended glacial cirque (45 'from the start - 1h 30' total).

The Ferrata del Vallon is an ideal via ferrata as a first ferrata for those who are mountain experts and high-altitude hiking trails. For a large part of the route, the via ferrata is technically easy and presents a couple of more challenging passages in the final section after the bridge along with a fair exposure. From the summit, a marvelous panorama over the Sella Group and its internal valleys. Equipment in good condition and renovated with respect to the original route.

La Ferrata del Vallon is certainly the least known ferrata of the Sella Group and technically the least demanding. It can be easily combined with the neighbor Ferrata del Piz da Lech just as it could be traveled on a multi-day itinerary together with the flight Ferrata Piazzetta ascending to Piz Boè from the slope of the Pordoi Pass. Staying on the Sella Group, you can also go through the increasing difficulty Ferrata Tridentina at Pisciadù and the Via Ferrata of Mesules at the Piz Selva. Descending into Val Badia we reach the Aided Path Tru Dolomieu and the Via Ferrata of Peace.

Moving instead towards Canazei you can reach some wonderful itineraries: the Ferrata dei Finanzieri at Colac al Colac, la Ferrata delle Trincee at the Padon and the Ferrata Piazzetta at the Piz Boè. 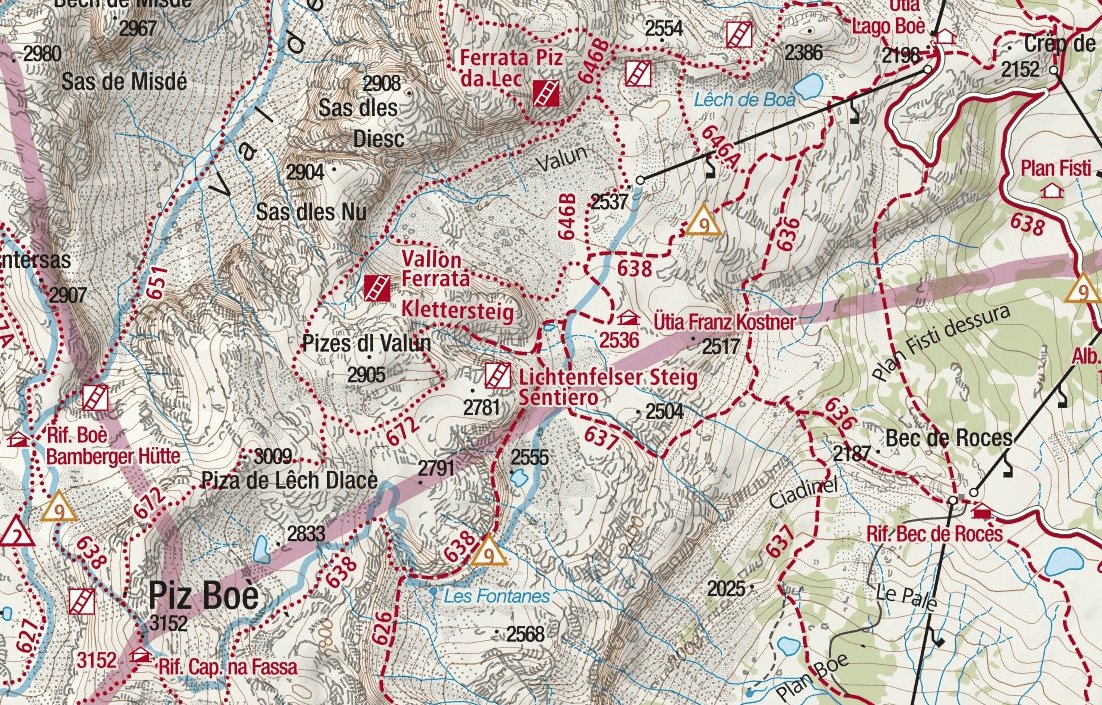 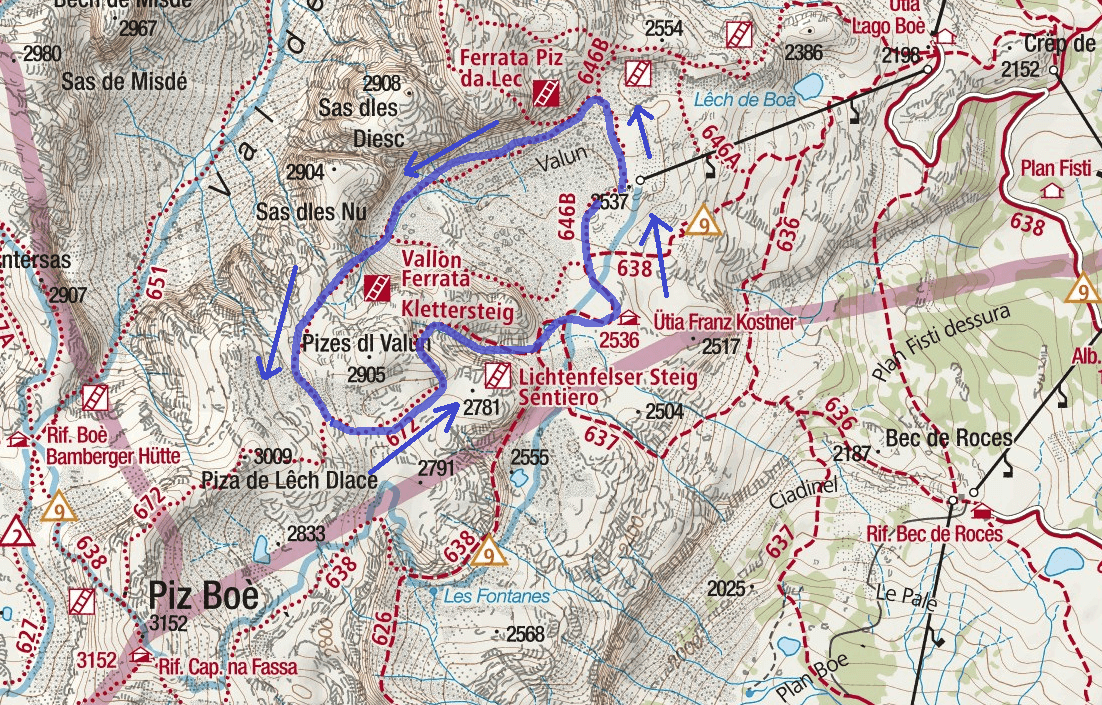 Images Ferrata del Vallon. The images included in the report were sent to us by the users of the site. If you are interested in sending us photos, use the form on the left or send them to our Facebook page. 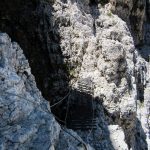 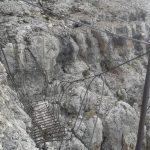 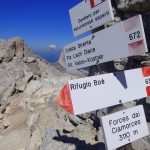 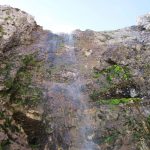 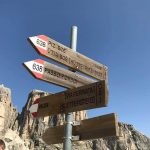 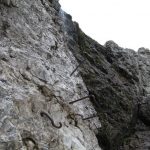 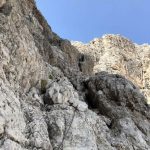 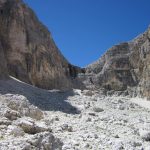 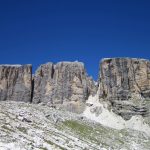 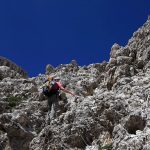 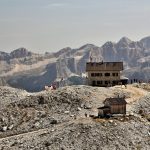 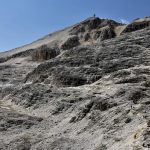 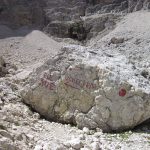 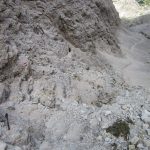 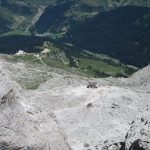 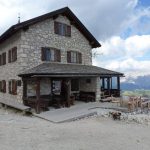