Via Ferrata of the Tavolara island

The ascent route to the top of the Tavolara Island is one of the most amazing routes that you can ever go on Sardinia. The characteristics that make it unique are different, starting with the fact that one has the feeling of making a true alpine climb in the middle of the sea. In fact, the island has such a vertical and sharp orography that the views are always exciting and the summit - if it is not wrapped in its cloud cap, not at all rare - offers a view that amply repays you from the fatigue of the long climb. The final section of the ascent, protected by fixed ropes, suggests to tackle this route with good experience in progressions of this kind.

The starting point of the itinerary is near the pier where the boats that come to the island of Moor dock Tavolara in front of Olbia and Gallura. Take the boat from Porto San Paolo that will quickly take us to the island (for times click here).

From the landing pier, follow the path to the right, along the coast, past the buildings of some restaurants and bars. After 120 meters you reach a stretch of beach that must be followed up to its end where, between some rocks, a trail of a path climbs. After a hundred meters this track joins a wider and more obvious path that will be followed to the right (south-east) for a further 80 meters, that is to say until reaching a minor track that branches off to the left and abandons the beautiful trail right into correspondence of a large holm oak in the bush. The trail climbs more and more steeply, squeezed between the maquis and the sparse trees to reach (after 120 m in altitude - 40 'from the pier) the first rocky front where some fixed ropes help in overcoming the stony passages.

When you reach the top of the first large terrace, the path changes direction and begins to lead north. In short you cross a vast stony ground perpendicularly and you continue more or less along the level curve, alternating false slabaus with some more moderate ascent. In short, we arrive at a sequence of other easy steps on rock (fixed ropes) until we reach a large suspended terrace (446 m - 1h 40 ') after which the via ferrata begins.

From this point, in the dizzying wall which leads to the ridge, two uphill ways are detached, both exposed and protected by steel ropes or cables. The route suggested here goes up the northern path and goes back down the other.

From the terrace you go to the left slightly uphill, and heading towards a large amphitheater you pass a stony ground, until you reach a characteristic tree stretching out over the void. From here it starts up again supported rock slabs up to a spur, apparently not overcome, where the first sections protected by steel cable are located. Some passages on rock are not particularly difficult, but where it is absolutely necessary to protect oneself with a harness and a via ferrata lanyard. The use of helmets is also useful as stone falls are frequent, especially if other hikers are on the course.

At the end of the short section protected by cable, continue to view towards the ridges, always along the rocky slopes. Once on the ridge (2h 15 ') cross to the left (north-east) to reach Punta Cannone (565 m - 2h 30' total - about 1h from the beginning of the via ferrata), recognizable from afar for the presence of a madonnina.

To go back down from the summit along the same path made to climb up to the south ridge, that is the large arch that is located between Punta Cannone and Punta di Lucca. Here it is necessary to identify some signs (red arrow and not easily visible stone cairns) that indicate a rocky passage where the descent begins, fully aided with steel cables until reaching the large grassy terrace already covered during the ascent.

The rest of the descent will not pose any doubts given that it traces back the same steep path made for the approach. Total return in about 2h for a total trip of about 4h 30'.

The ferrata is magnificent from a landscape point of view and, although not difficult, it should not be underestimated. Exposure is present throughout and the difference in height required requires good fitness. In difficult stretches there are metal equipment that help.

The descent from the summit takes about two hours, and must be taken into account so as not to miss the return ferry, especially in the seasons when the last trip to Porto San Paolo travels in the afternoon.

The island of Tavolara offers some opportunities for climbing on long routes in a suggestive environment. The Ferrata in Punta Cannone was flanked by the Via Ferrata degli Angeli. The start on this route was dismantled in 2018 and its travel is not recommended.

However there are no other climbing routes. If you want another via ferrata you can go from Porto San Paolo to the Ferrata of Badde Pentumas, the Ferrata of the Castle of Medusa, the Via Ferrata Giorrè, the Ferrata Regina or the Ferrara del Cabirol. Moving to the south instead we meet the Ferrata of Gutturu Xeu and Pan di Zucchero in the province of Carbonia Iglesias.

Review of the Hiking Guide Corrado Conca (www.corradoconca.it), author of the Guide "The top of trekking in Sardinia".

Traccia GPS per Ferrata dell'isola di Tavolara. Itinerary: as per description above. 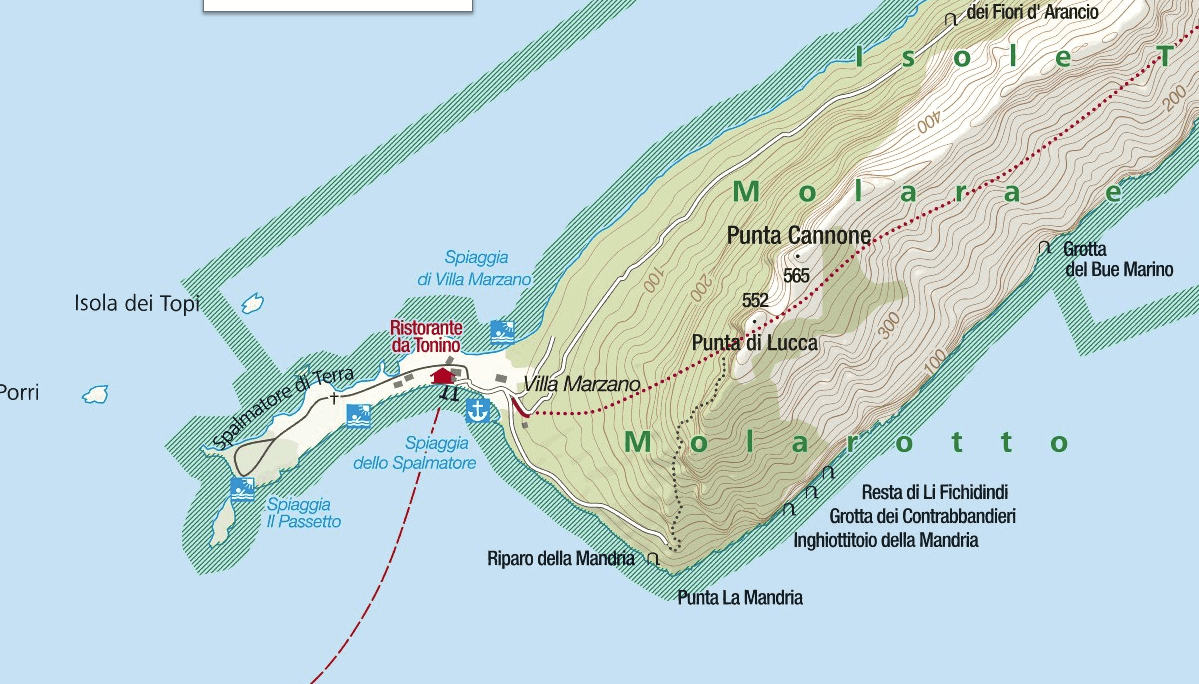 Images Ferrata of the Tavolara island. The images included in the report were sent to us by the users of the site. If you are interested in sending us photos, use the form on the left or send them to our Facebook page. 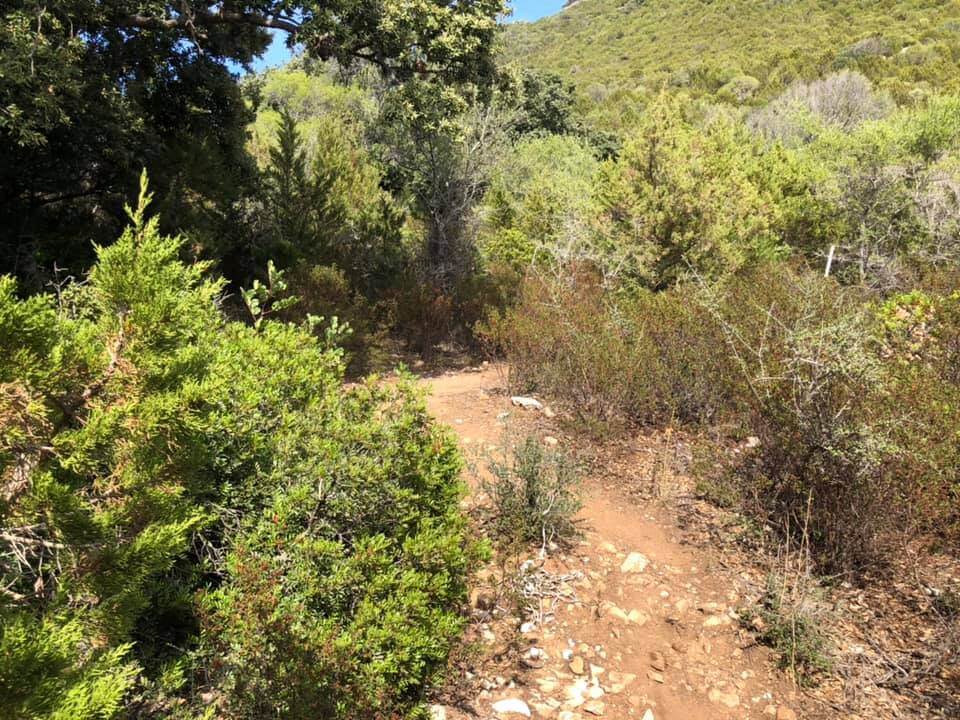 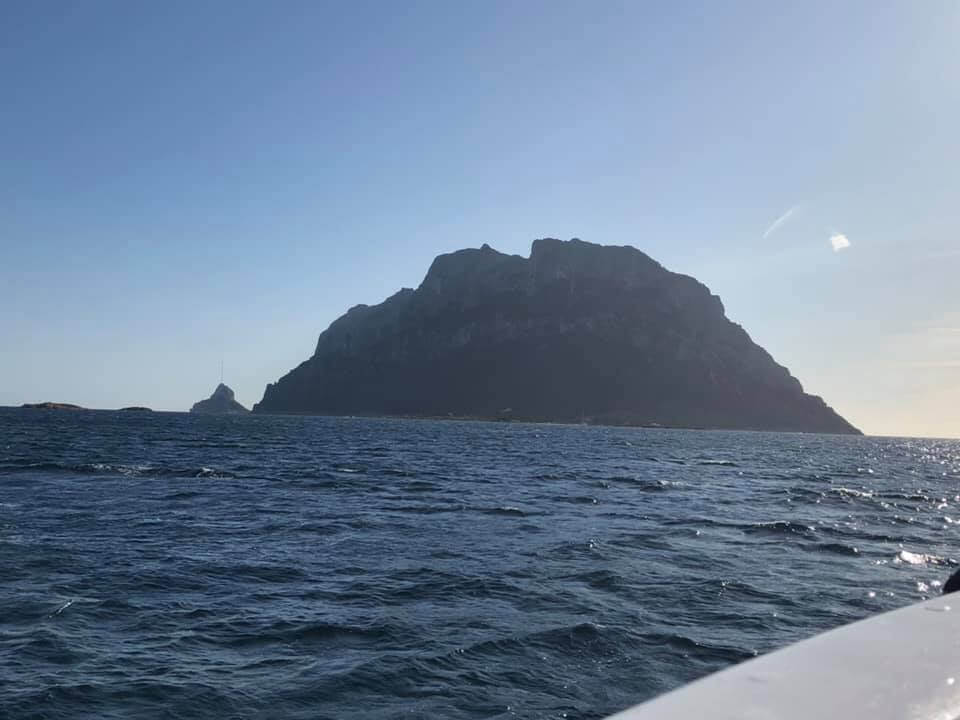 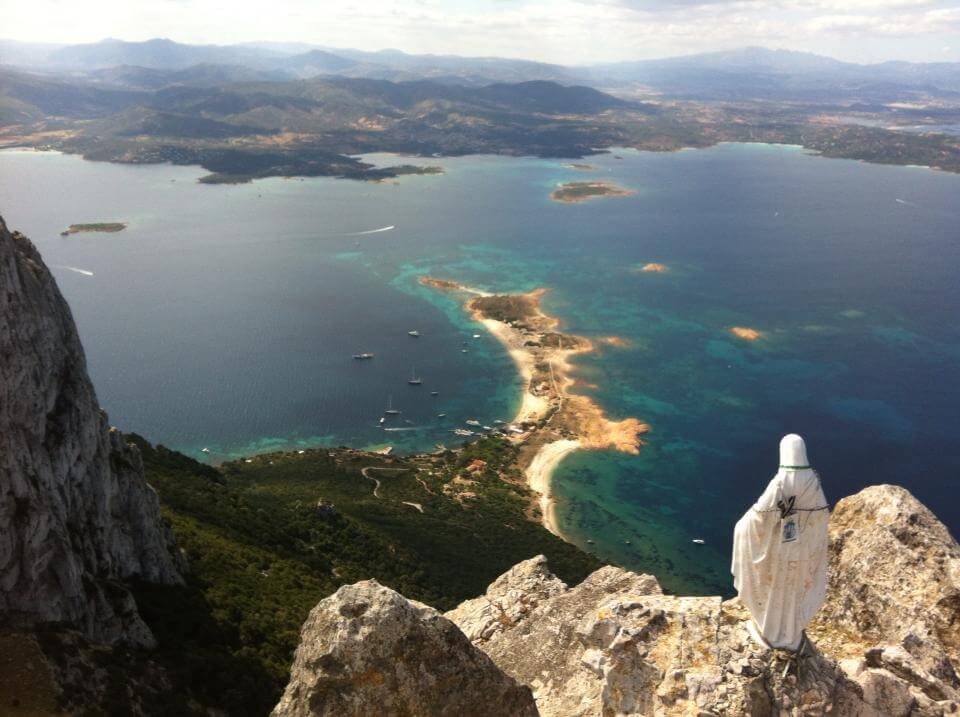 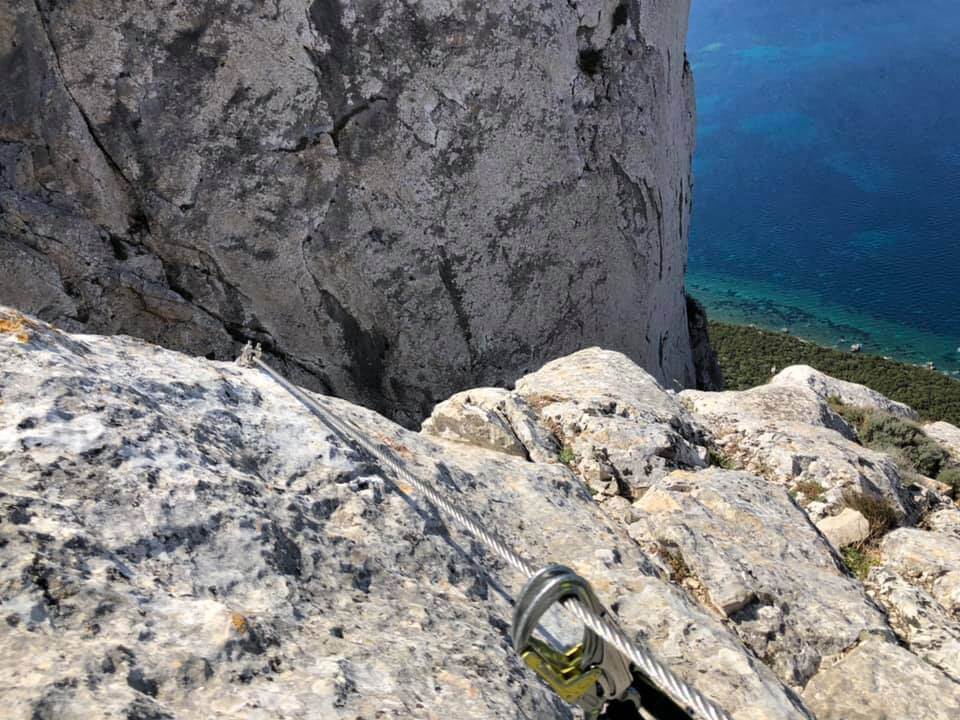 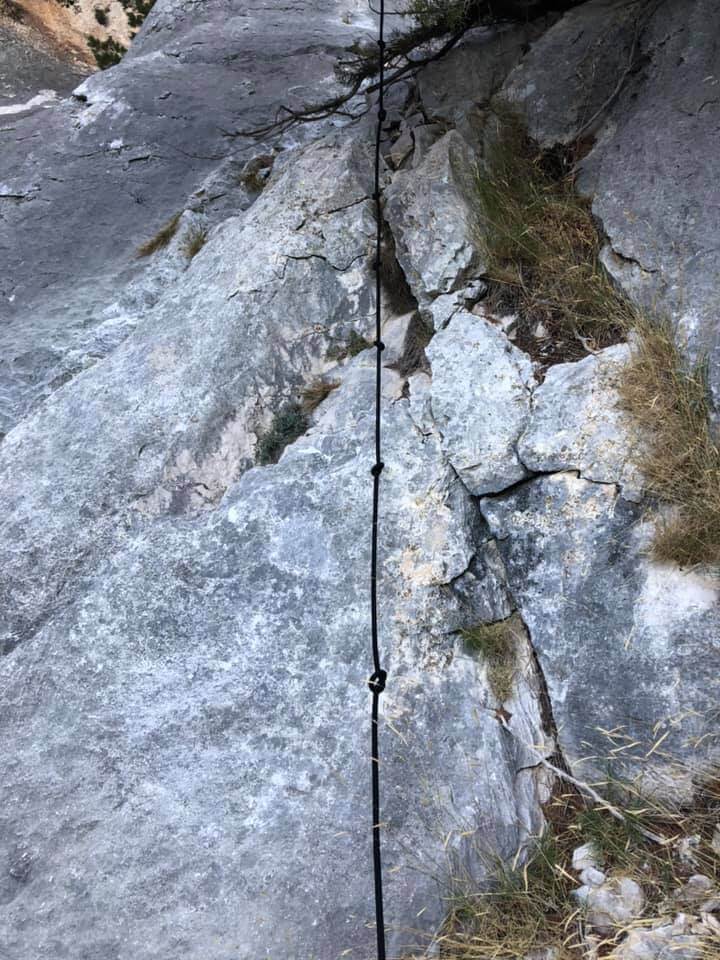 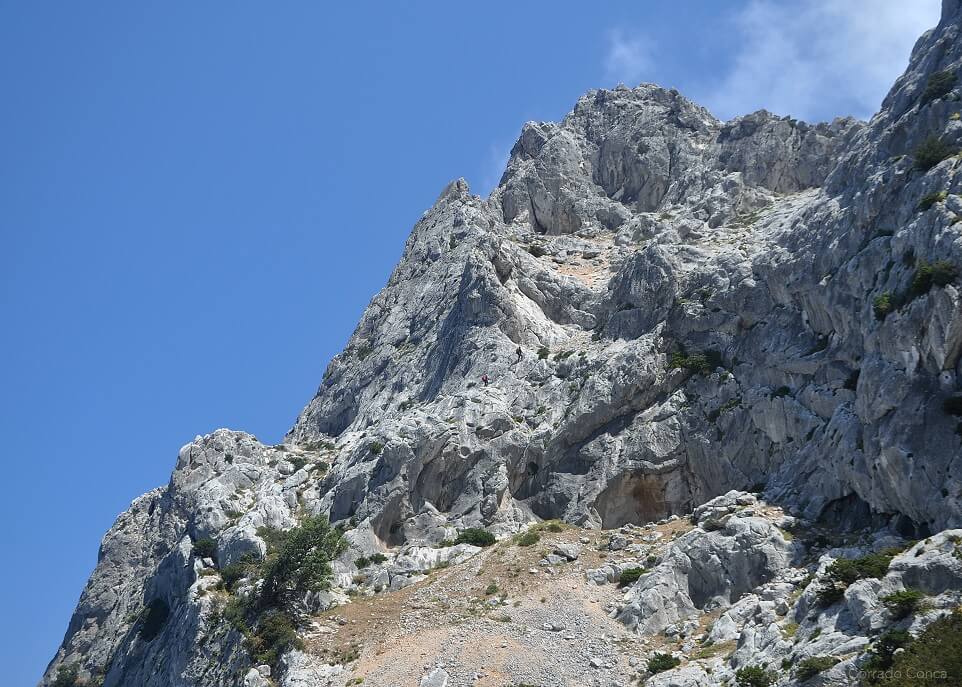 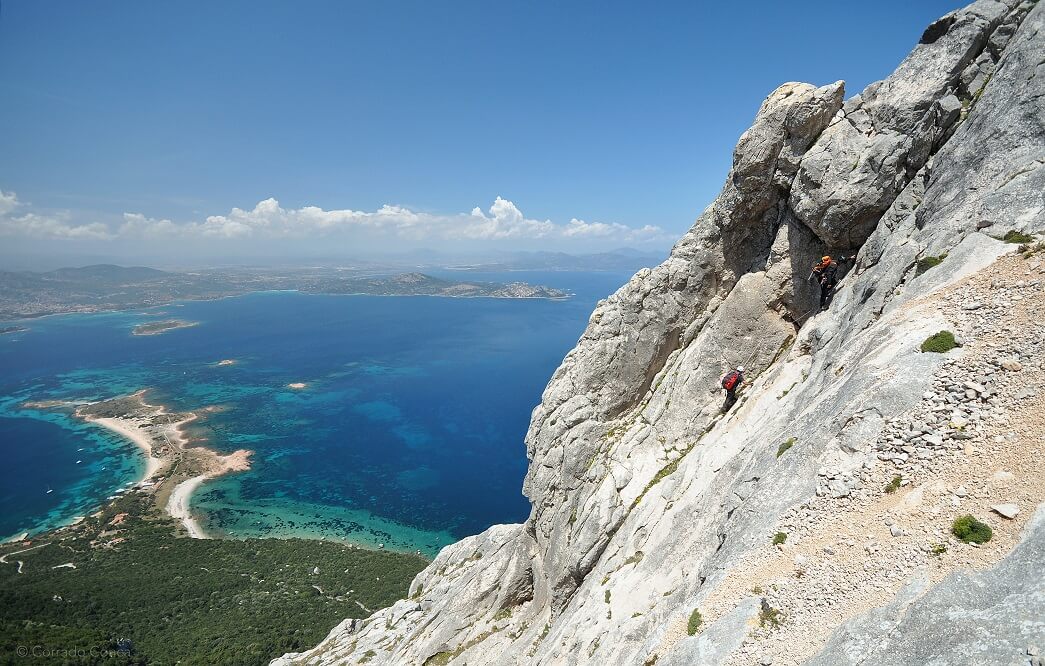 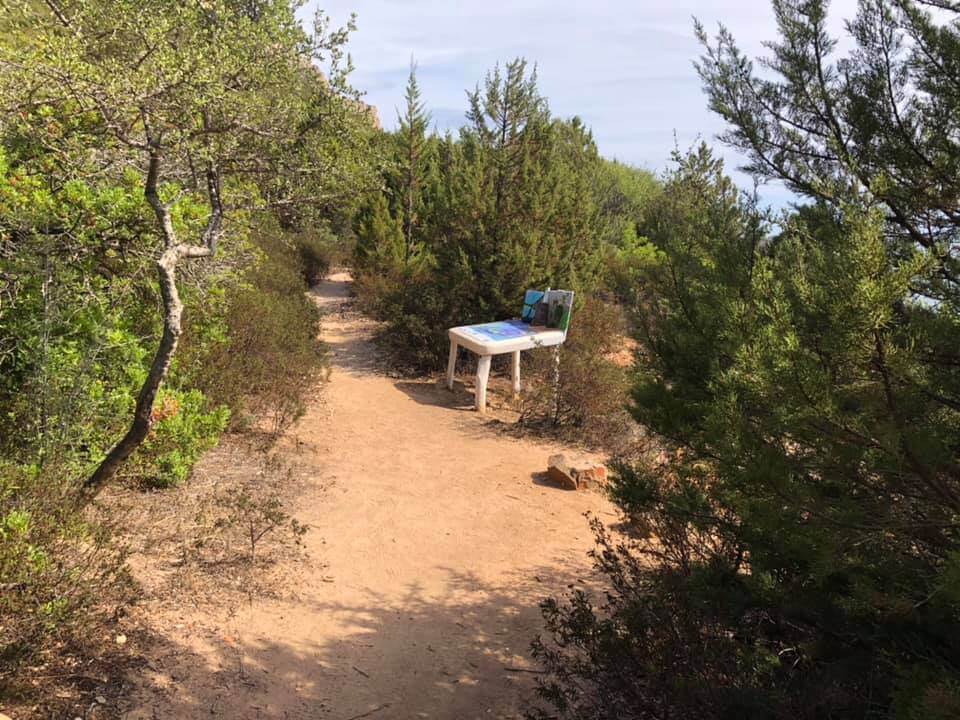 Ferrata Webcam of the Tavolara island in the Porto San Paolo area.