The recent Ferrata della Falconera is located in a vertical wall above Varallo in the province of Vercelli. The via ferrata is challenging and athletic. Due to exposure, the presence of overhanging and athletic stretches should not be underestimated and should therefore be recommended for experienced hikers in good conditions. In this type of climb a quickdraw or lanyard is definitely recommended.

The starting point of the itinerary is Varallo, in the province of Vercelli. Arriving in the village, park in the large square near the "Casa Serena" rest home.

Leave the car in the parking lot and cross the road towards a mule track and a notice board that leads to the via ferrata. Go up for about ten minutes to a crossroads where a half-hill path in the woods leads us to an easy aided stretch, then to the sign for the start of the Ferrata della Falconera (20' from the parking lot).

From the start you make a couple of meters horizontally to the right and go up a first wall of rocks fairly supported by bending to the right. Soon the abundant brackets that guide us to the top begin to make us gain altitude and exposure giving us right from the start a very first taste of a small and little accentuated overhanging wall. We will reach a traverse to the right, initially horizontal then more diagonal. At the end of the traverse we will reach a ledge that will lead us under a first more challenging vertical wall. The wall rises vertically up a wall towards a rocky roof. Under the roof we will have ropes on both sides. We will go around the roof from the left side a section that briefly reminds of a dihedral.

We are now in strong exposure and we reach a ledge that again leads us to the right under a more vertical wall where the two most difficult passages of the road are present. We will go up the vertical wall reaching a first very striking rocky roof that forces us to proceed easily, without delaying the change of the carabiner to avoid tiring our arms too much. The passage is short - 2 meters - but challenging and exposed. Climbed up this first roof we continue vertically following the pegs and soon we come to another roof similar to the previous one but that a waving effect towards the outside. We go up again in strong exposure and continue the last part of this long and demanding wall. Then we come to a panoramic terrace where you can catch your breath, rest your arms and look at the view behind us. The two overhanging passages tend to throw out and in these two sections a lanyard can be very useful.

We go up a couple of simpler walls, we begin a long stretch of ridge with rocky stretches sometimes grassy, and we reach the suspension bridge. As happens in other via ferratas in upper Piedmont, for example la Ferrata Detomasi in Cimalegna, the bridge is 4-string and fairly stable, however the ropes with which it is intertwined tend to make progression more difficult, having to climb over it in some places. It is also possible to walk the bridge using two ropes, like a monkey bridge. From the end of the bridge we continue in an easy but exposed horizontal traverse to the right and we are near the last passages of the ferrata. We go up a short vertical wall, we face some rocks and a couple of rocky leaps, thus reaching the book of signatures that indicates the end of Via Ferrata Falconera (2h from the start - 2h 20 'total).

The most immediate descent path to Varallo is to take the 636C path in a north-eastern direction, then take the 636B in the direction of the Scarpia lake. Once at the lake, take path 636 downhill towards Varallo (40 'from the start - 3h total).

If you want to stop for something to eat, you can use one of the 3 stone tables along the route in less than 10 minutes from the end of the via ferrata.

The Ferrata della Falconera is excellently aided. It is a more athletic ferrata than technically difficult. We go up a high gap with two key passages that are difficult from a physical point of view. Technically it is not a difficult via ferrata since the equipment present drives along the entire ascent and the climbing is therefore very reduced. The exposure is high along the entire route.

Falconera Ferrata images. The images included in the report were sent to us by the users of the site. If you are interested in sending us photos, use the form on the left or send them to our Facebook page. 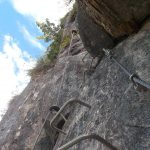 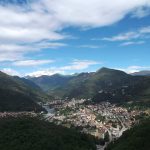 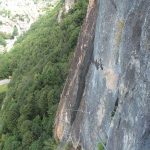 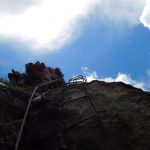 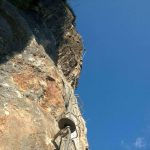 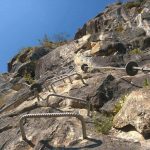 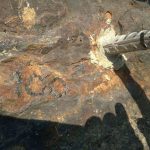 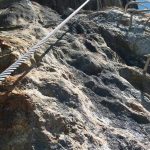 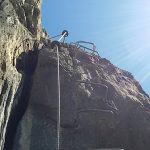 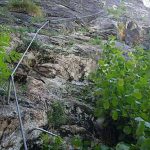 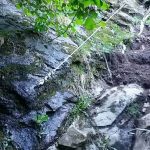 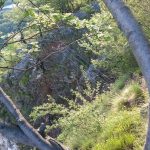 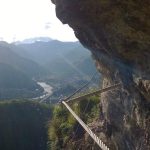 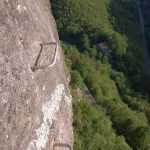 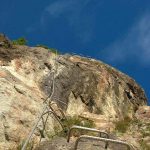 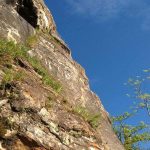 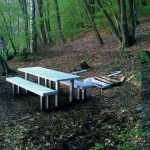 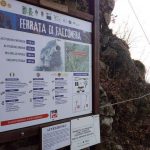 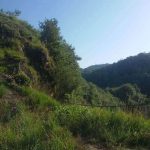 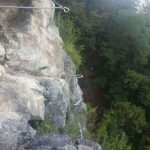 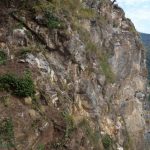 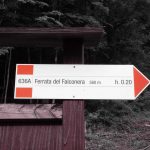 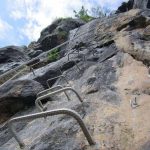 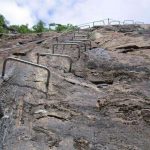 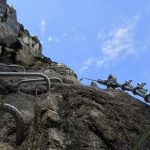 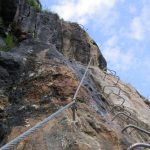 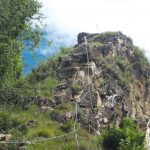 Ferrata Webcam of the Falconera in Varallo - Val Sesia.