The Via Ferrata called "La Farina del Diavolo" is recent and rises a rather vertical and smooth wall alongside the Radime waterfall, one of the highest in Europe, but generally dry. The ferrata was inaugurated in 2019.

The wall is poor in natural holds and forces you to always climb with the help of the brackets. The exposure is present in almost all of the route. The starting point of the itinerary is behind the cemetery of Villa Santina (q.363 m) to end on the plateau of the village of Lauco (q. 710 m).

The starting point of the itinerary is behind the cemetery of Villa Santina in the province of Udine (q.363 m), located before the town on the right if coming from Tolmezzo. Possibility of parking adjacent to the cemetery. Coming from the Amaro exit of the A23 motorway, follow the SS 52 Carnica signs for Tolmezzo and then for Villa Santina, about 15 km for 20 minutes by car.

Theapproach starts behind the cemetery (indication) after 10 minutes of walking in a grove the appears a sign which shows us the attack on the via ferrata.

The via ferrata starts with a small ladder ('welcome ladder') on a vertical stretch, bending slightly to the right to then bend to the left on a grassy ledge, which leads us towards a diagonal traverse to the left rather long but well equipped with numerous changes and several natural holds that facilitate ascension. Now the ascension is more vertical but never difficult even for the numerous brackets available. At the end of the ramp section there is a spike of rock very suggestive and vertical that leads us to Tibetan bridge (actually the bridge leads us on the left to a view point which is optional for completing the via ferrata). After enjoyed the view, you continue to a group of trees and you arrive at a very suggestive aerial traverse (perhaps the most gratifying part of the via ferrata). Then continue with a new section vertical with very close brackets and you get to an artificial ledge with a wooden walkway. Subsequently we face a vertical section and a horizontal passage in a narrow ravine between two rocks which brings us to a new one vertical section always well equipped that will lead us to the summit book. Last spur and here we are at the end of the via ferrata. (1h 50 'from the car park - 1h 35' from the attack)

Immediately after the end of the via ferrata there are the directions for the return directed to Villa Santina. It is possible to continue for the inhabited area of Lauco (very nice) and then return by path with signs for the cemetery (30 'of return - 2h 15' total).

The via ferrata "The flour of the devil" is an interesting and well-equipped route (perhaps too much). It is ideal for half a day and as a training for more demanding equipped routes at high altitude. Exposed to the south and at low altitude, it is not recommended during the summer period.

The via ferrata of the Farina del Diavolo is located at the entrance of Carnia. Going up the Carnia it is possible to reach other interesting via ferratas, among which we signal the Ferrata Adventure Climb at the Clap Varmost, the Via Ferrata Cassiopea at Torrione Comici, the Via Ferrata 50 of the Clap and Simone at the Creton de Culzei. Moving instead to the Slovenian border in Pontebba we could climb the difficult one Ferrata Tenente Ruffano.

Traccia GPS per Ferrata la Farina del Diavolo. Itinerary: as per description above. 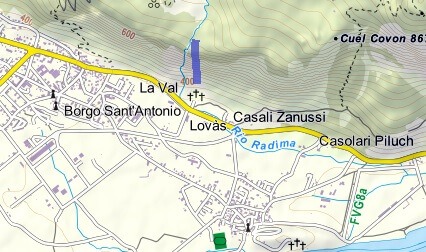 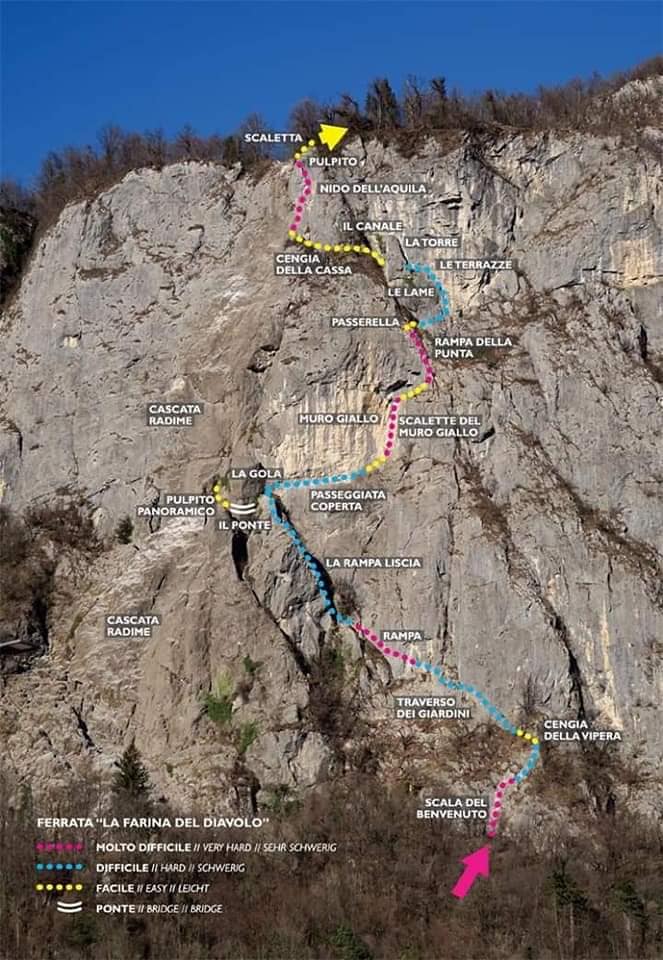 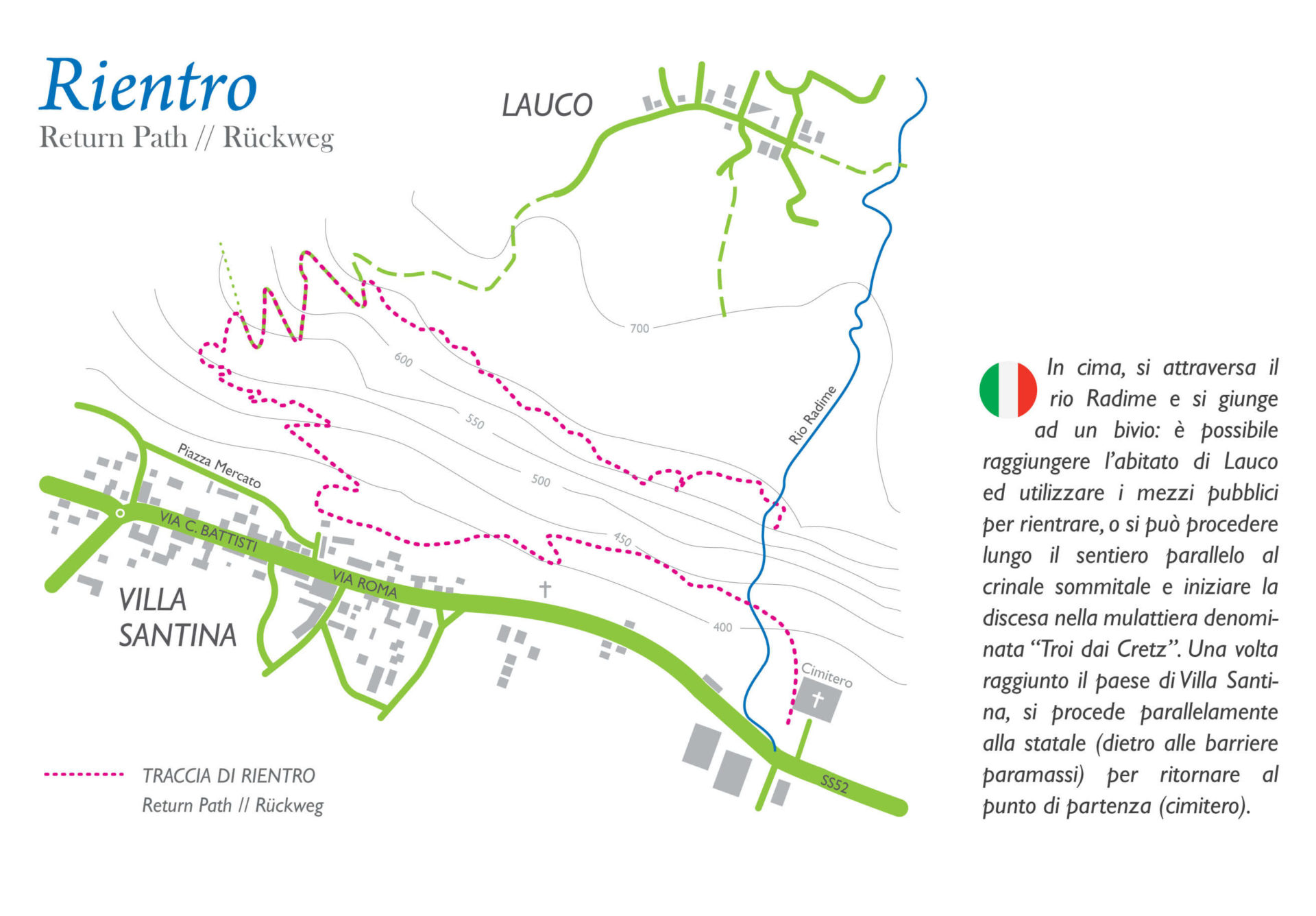 Devil's Pictures Ferrata. The images included in the report were sent to us by the users of the site. If you are interested in sending us photos, use the form on the left or send them to our Facebook page. 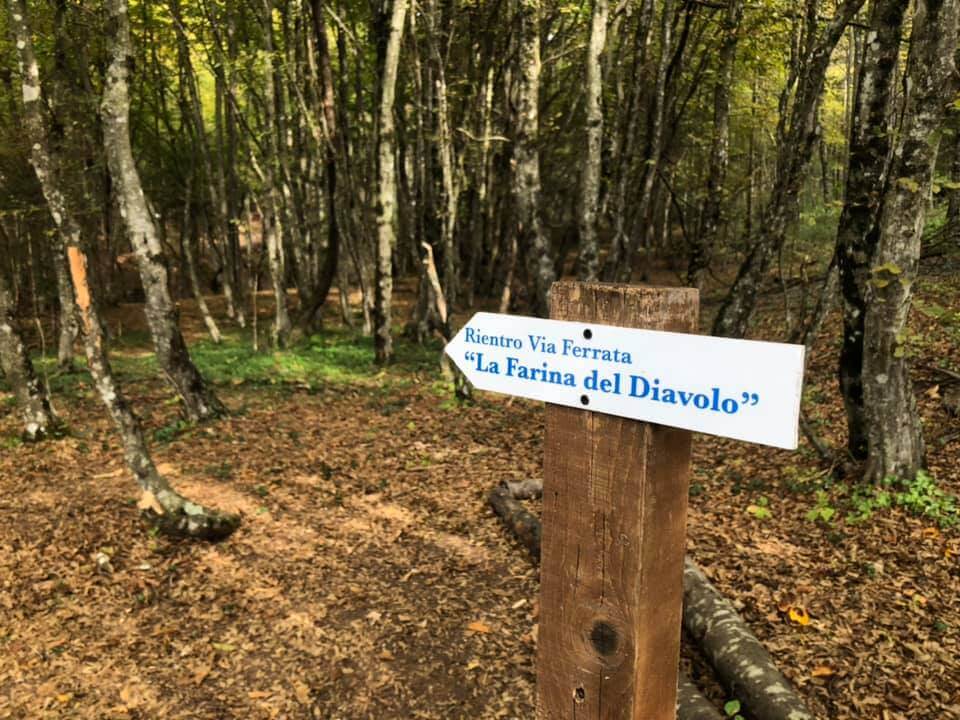 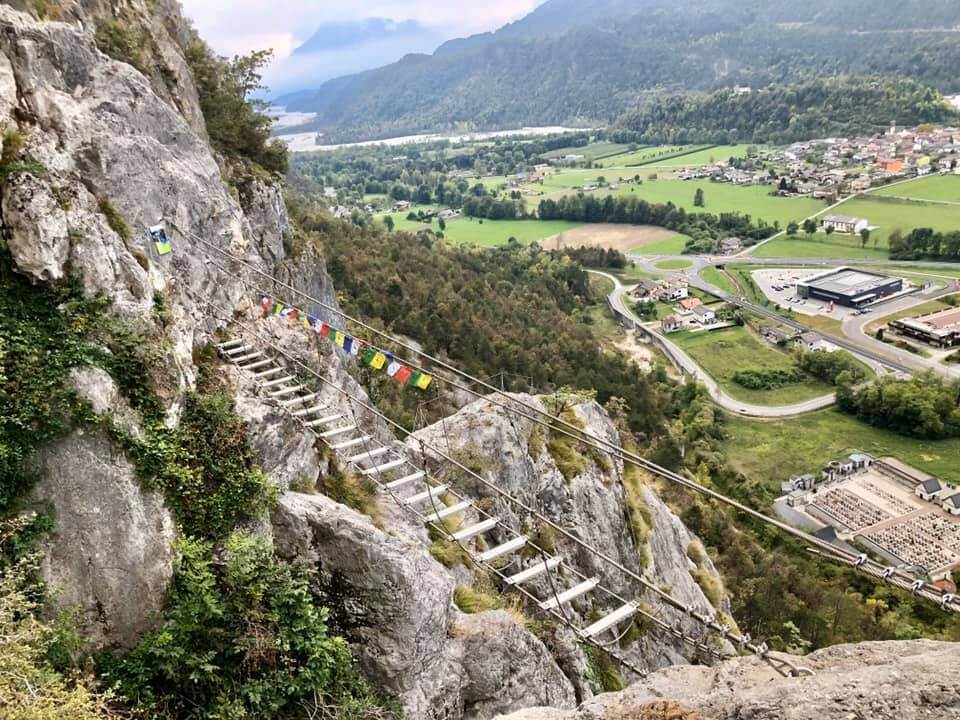 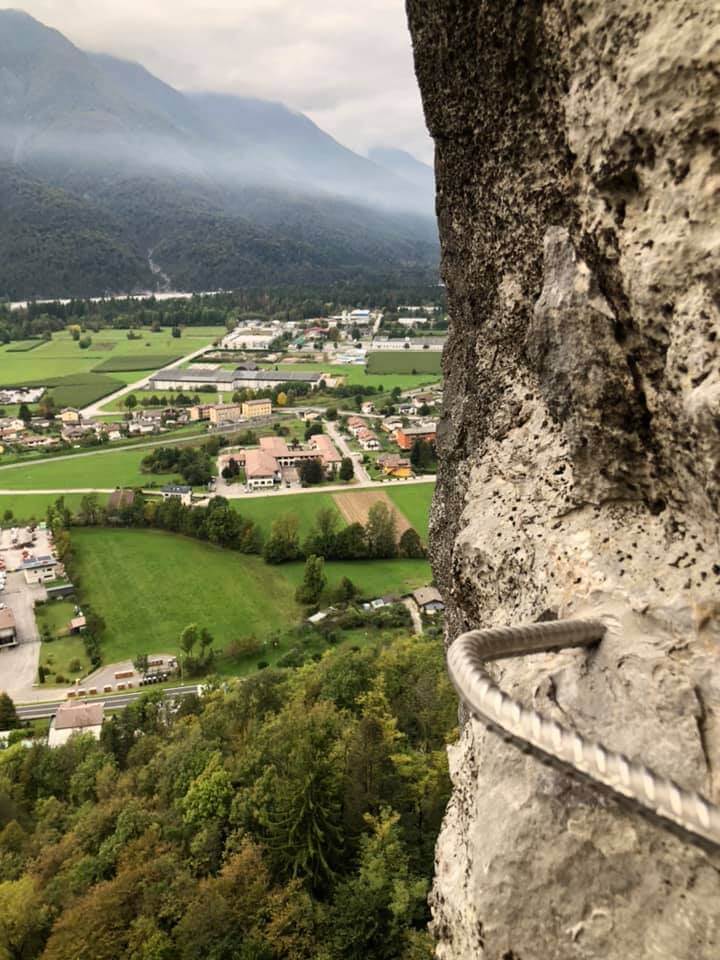 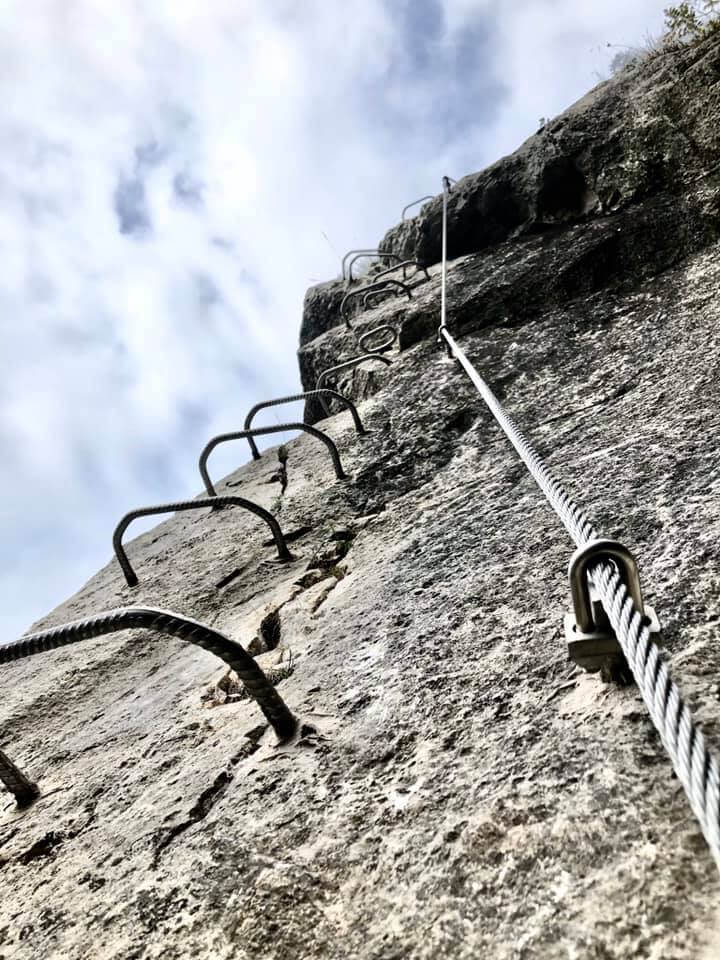 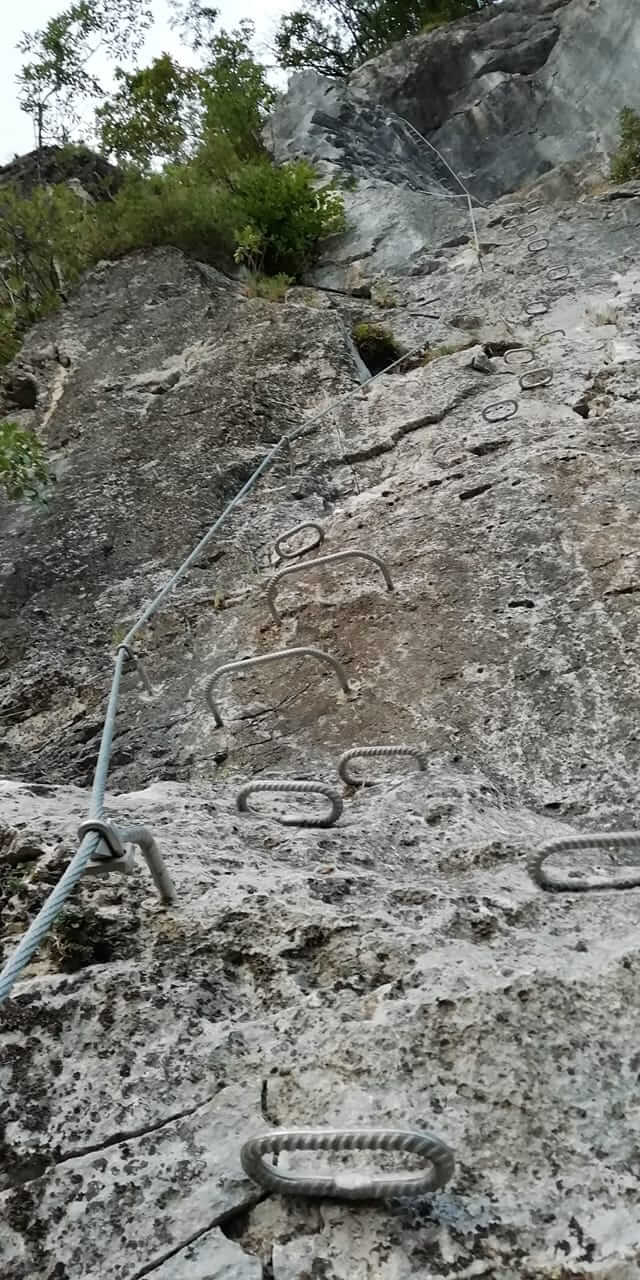 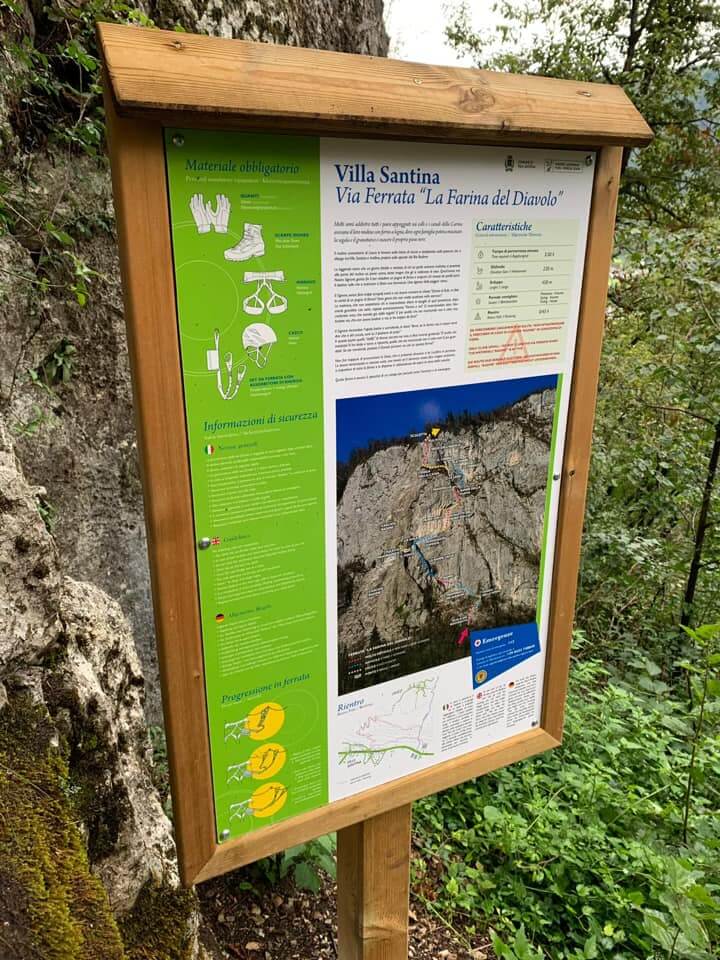 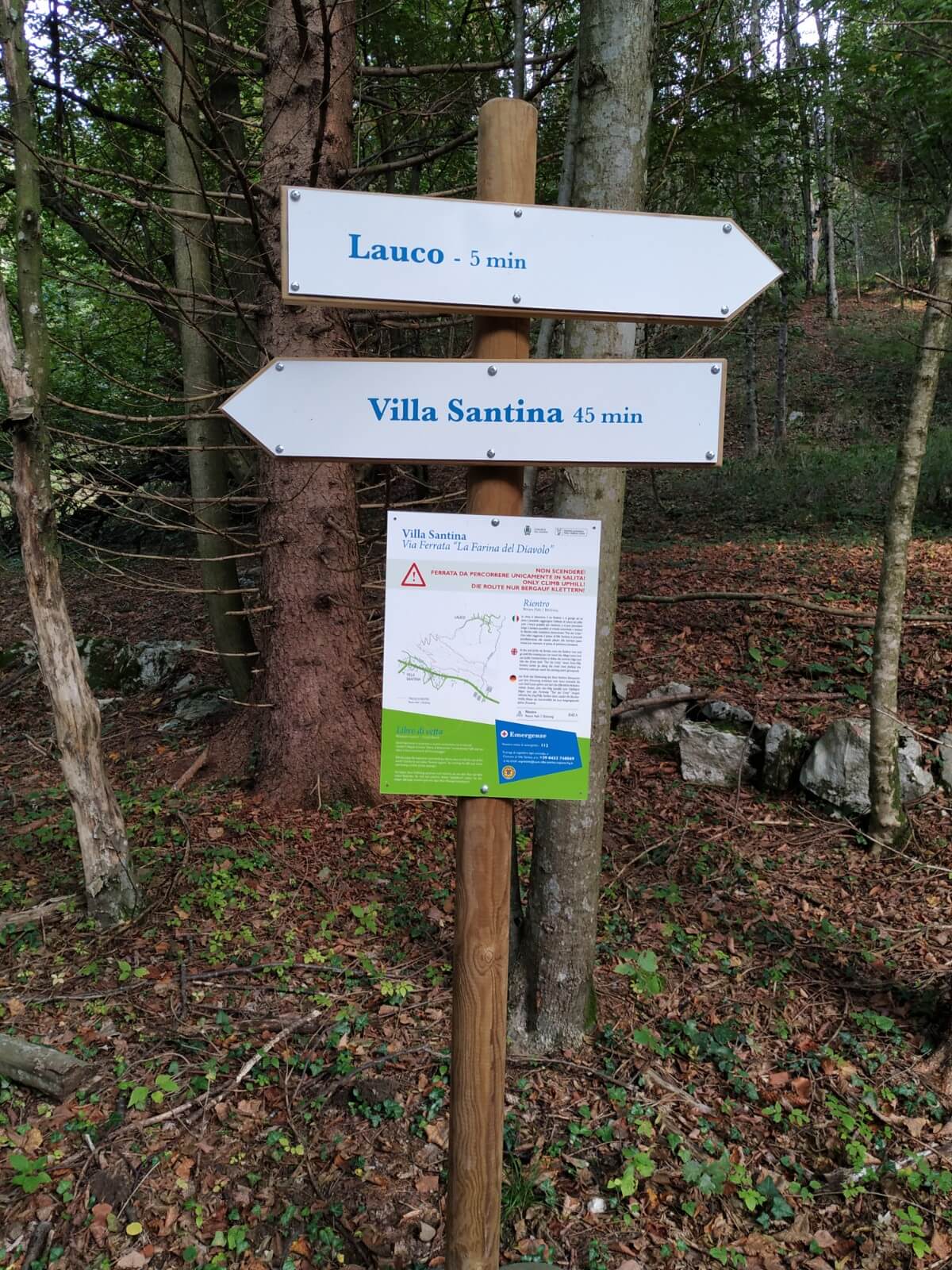 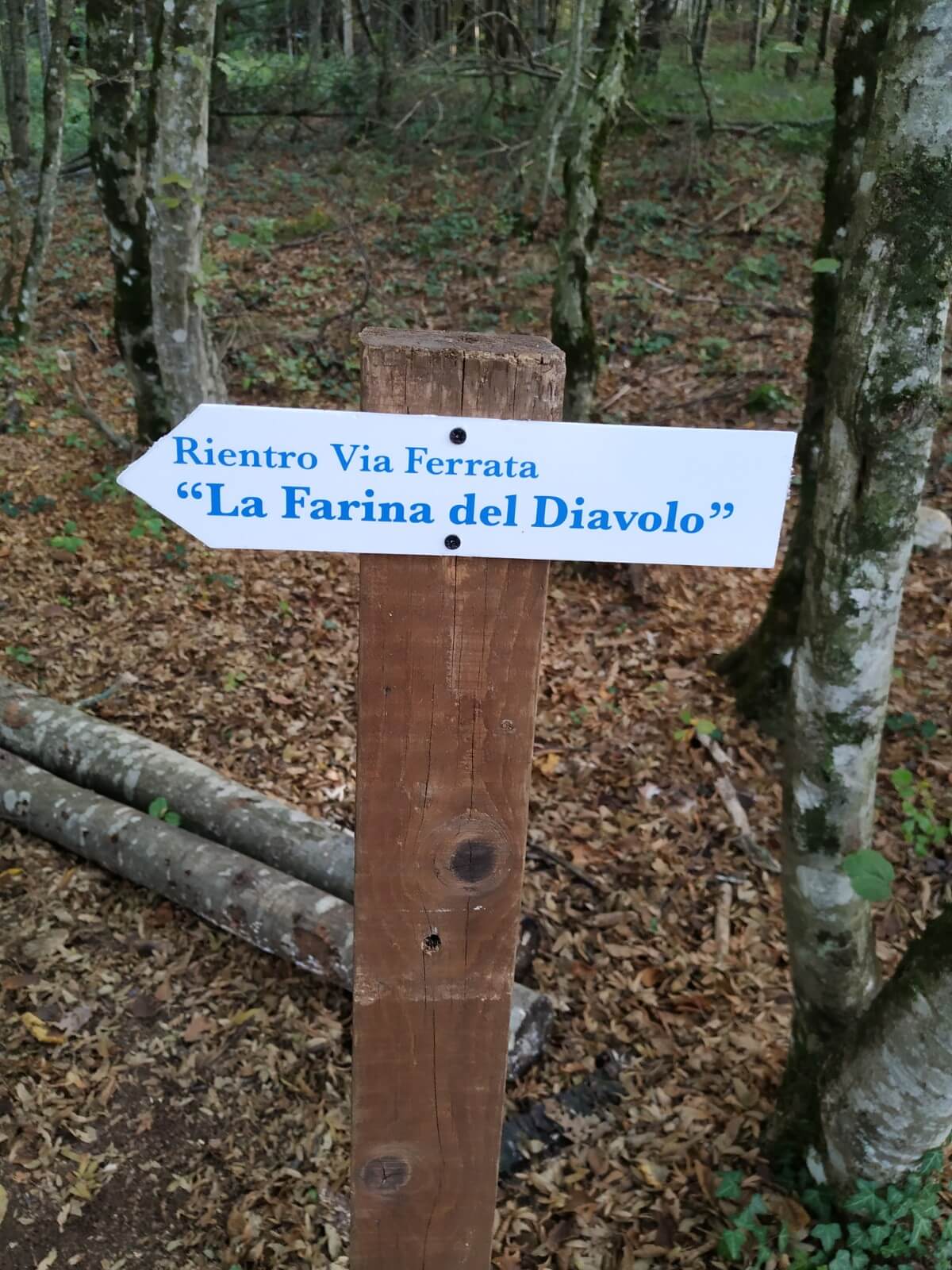 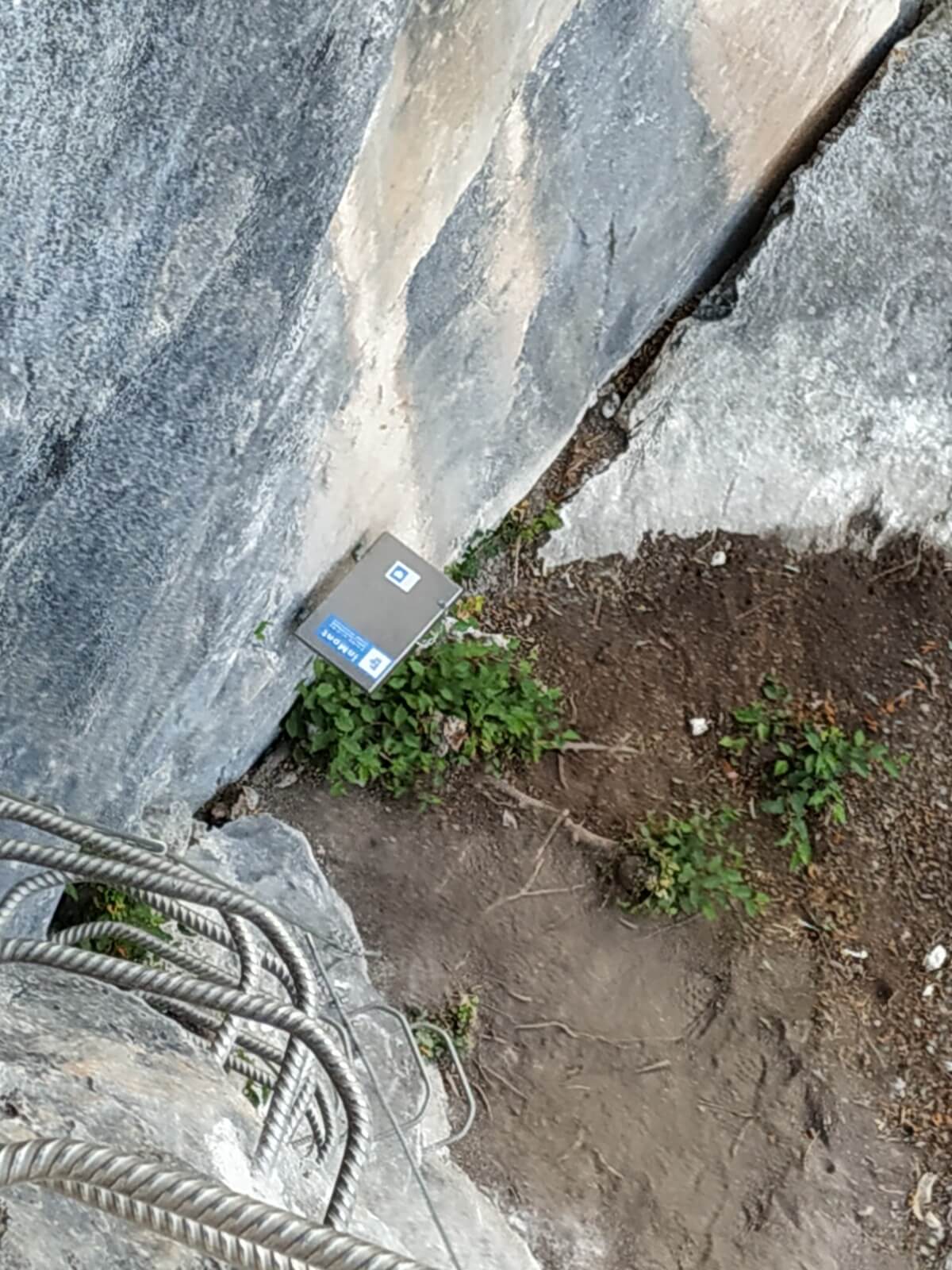 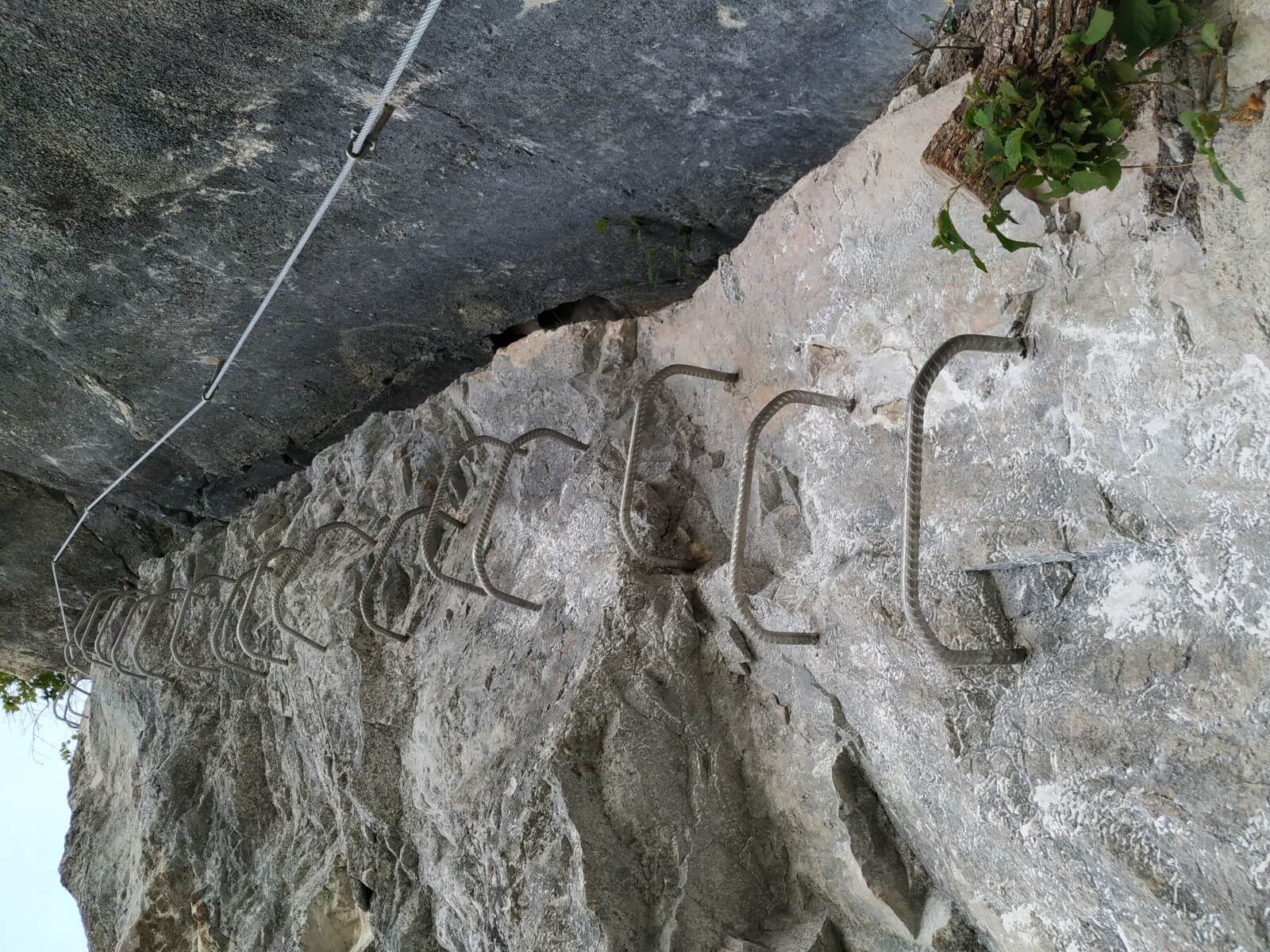 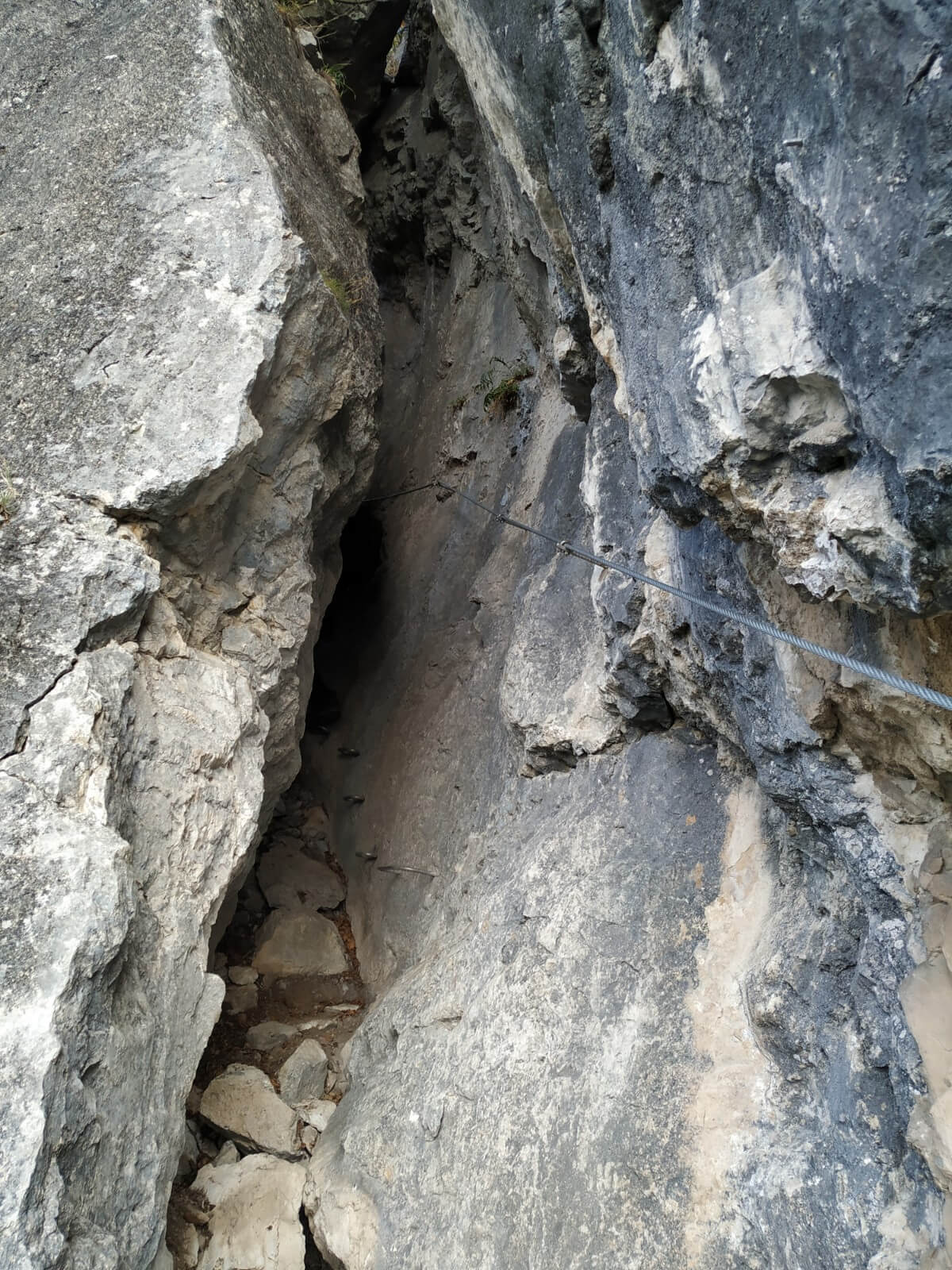 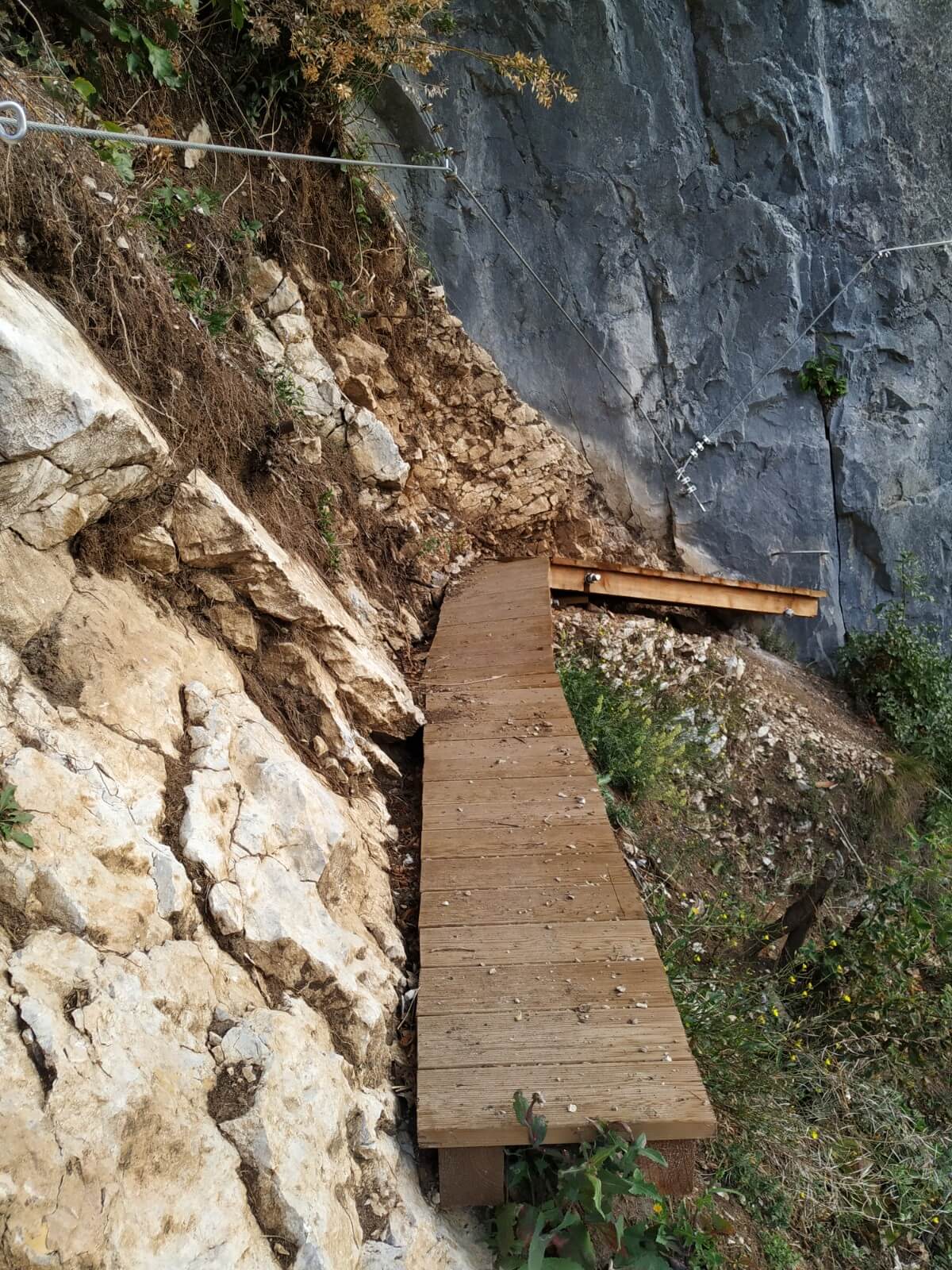 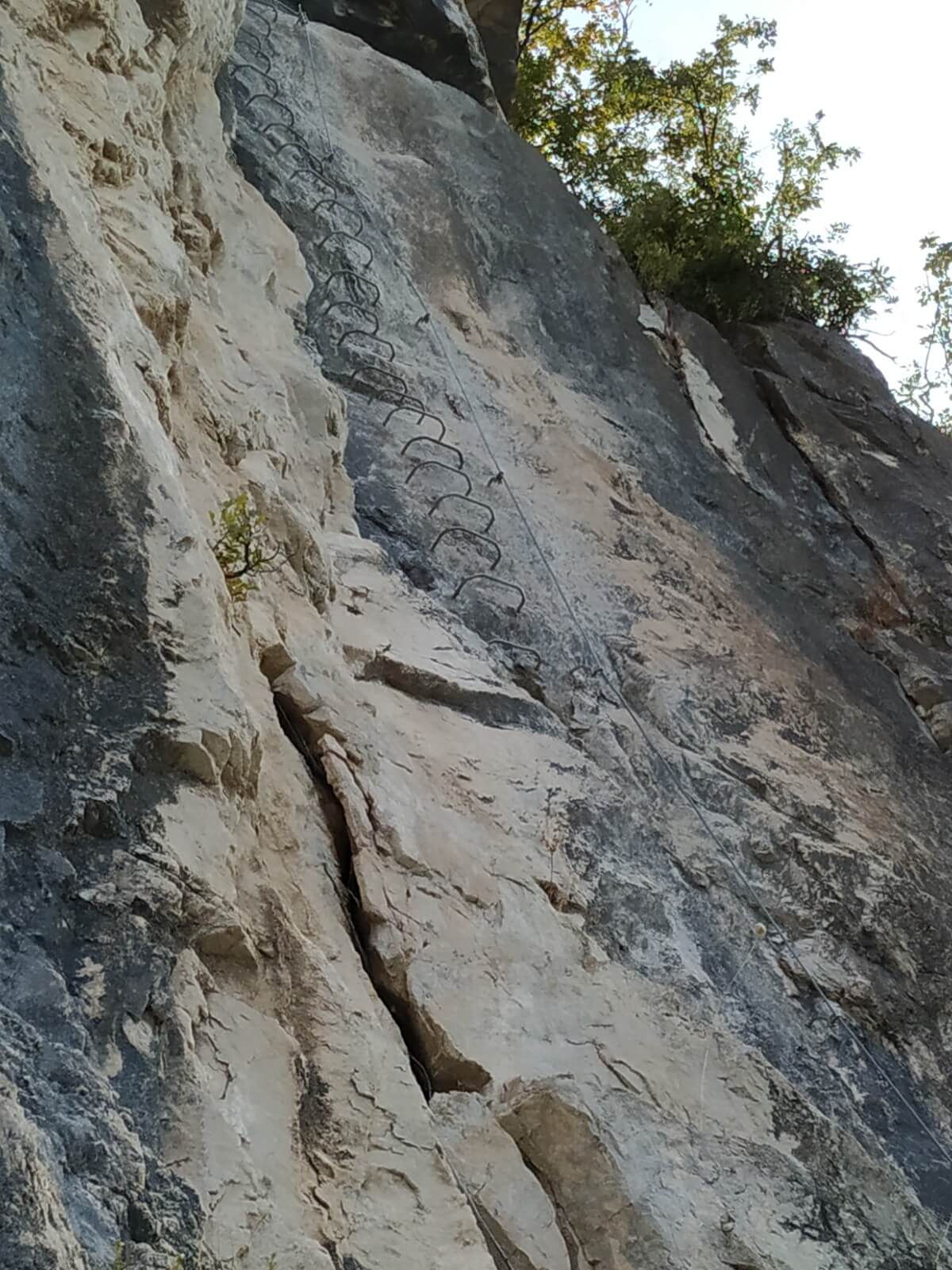 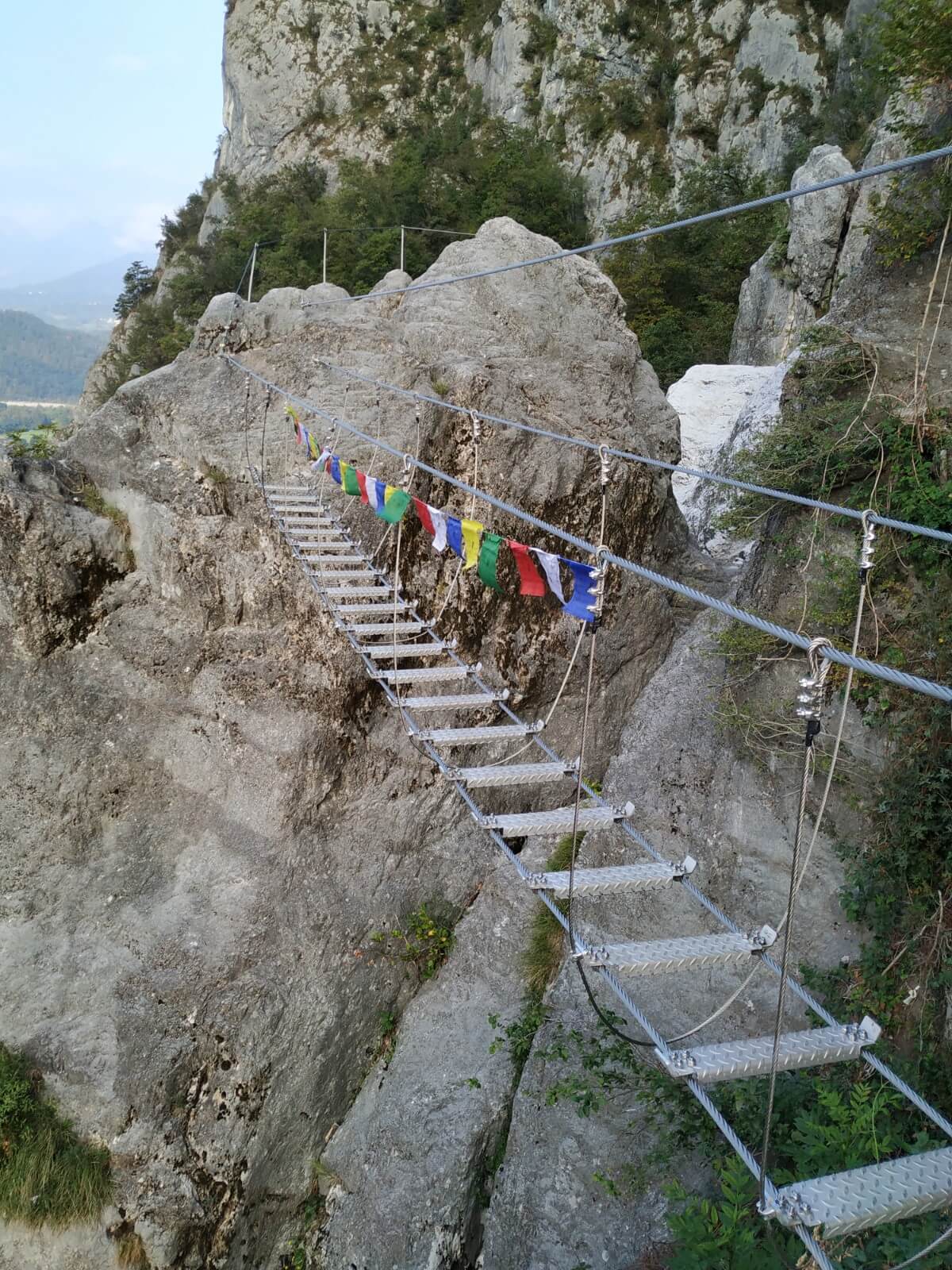 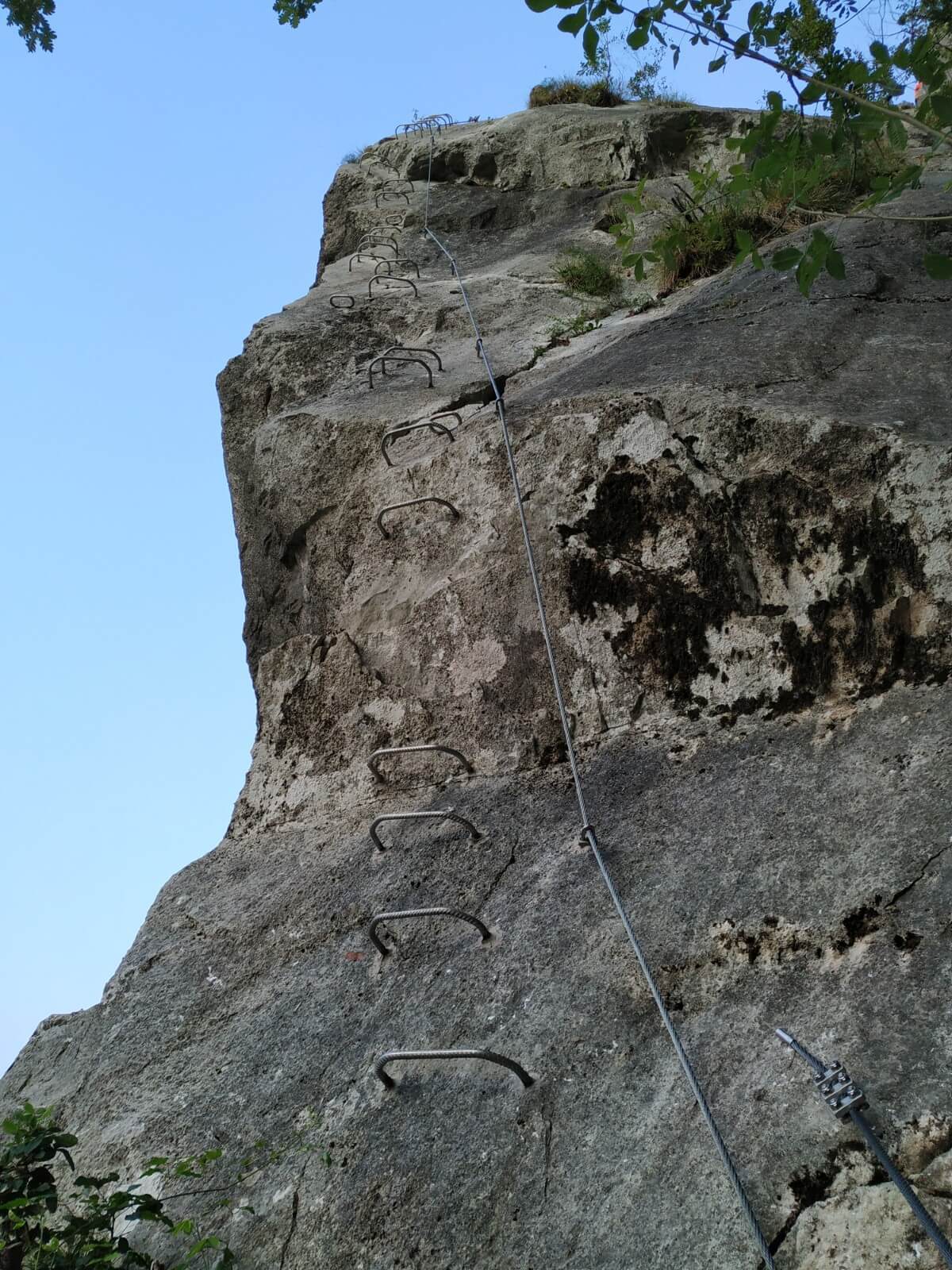 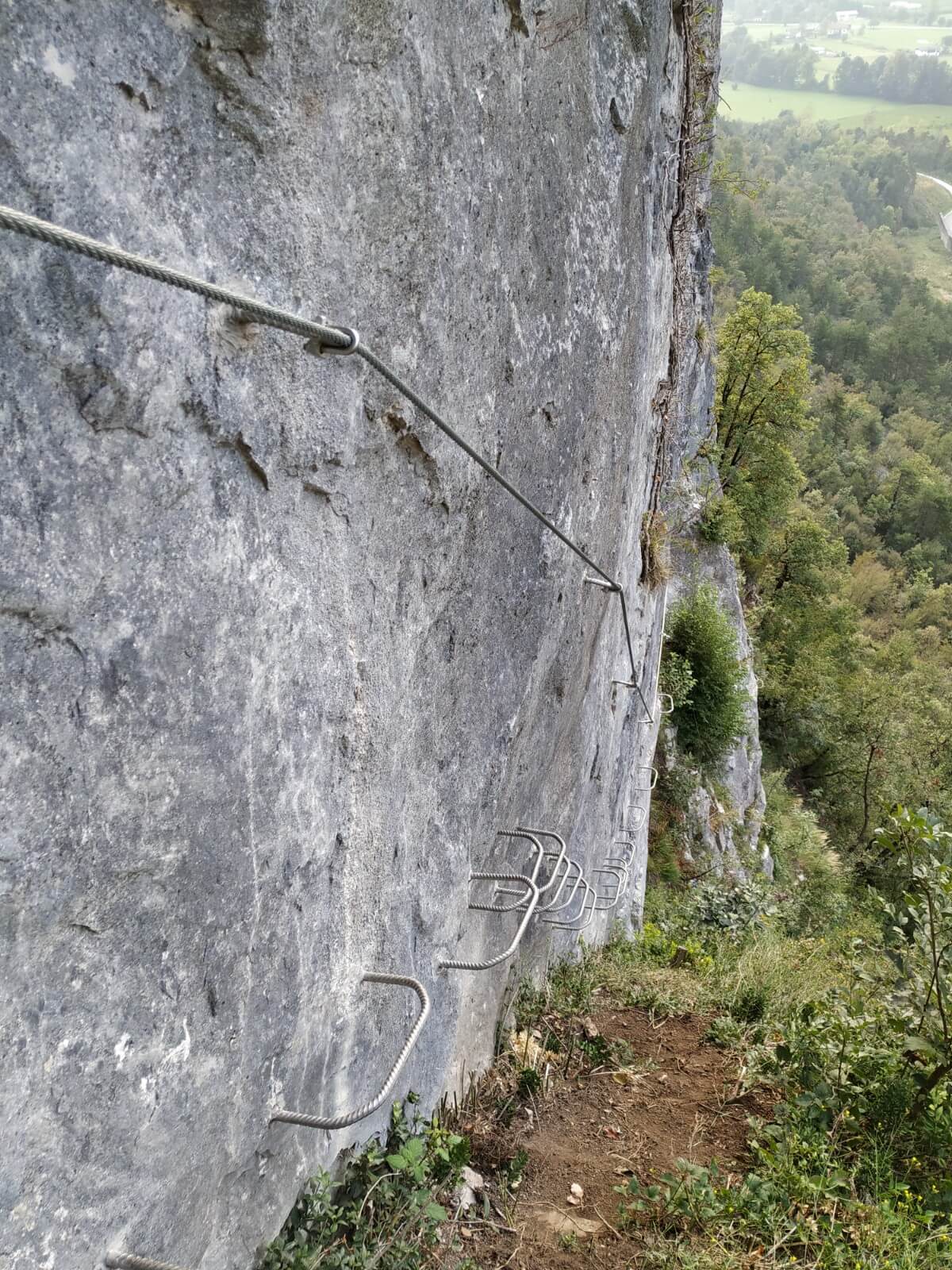 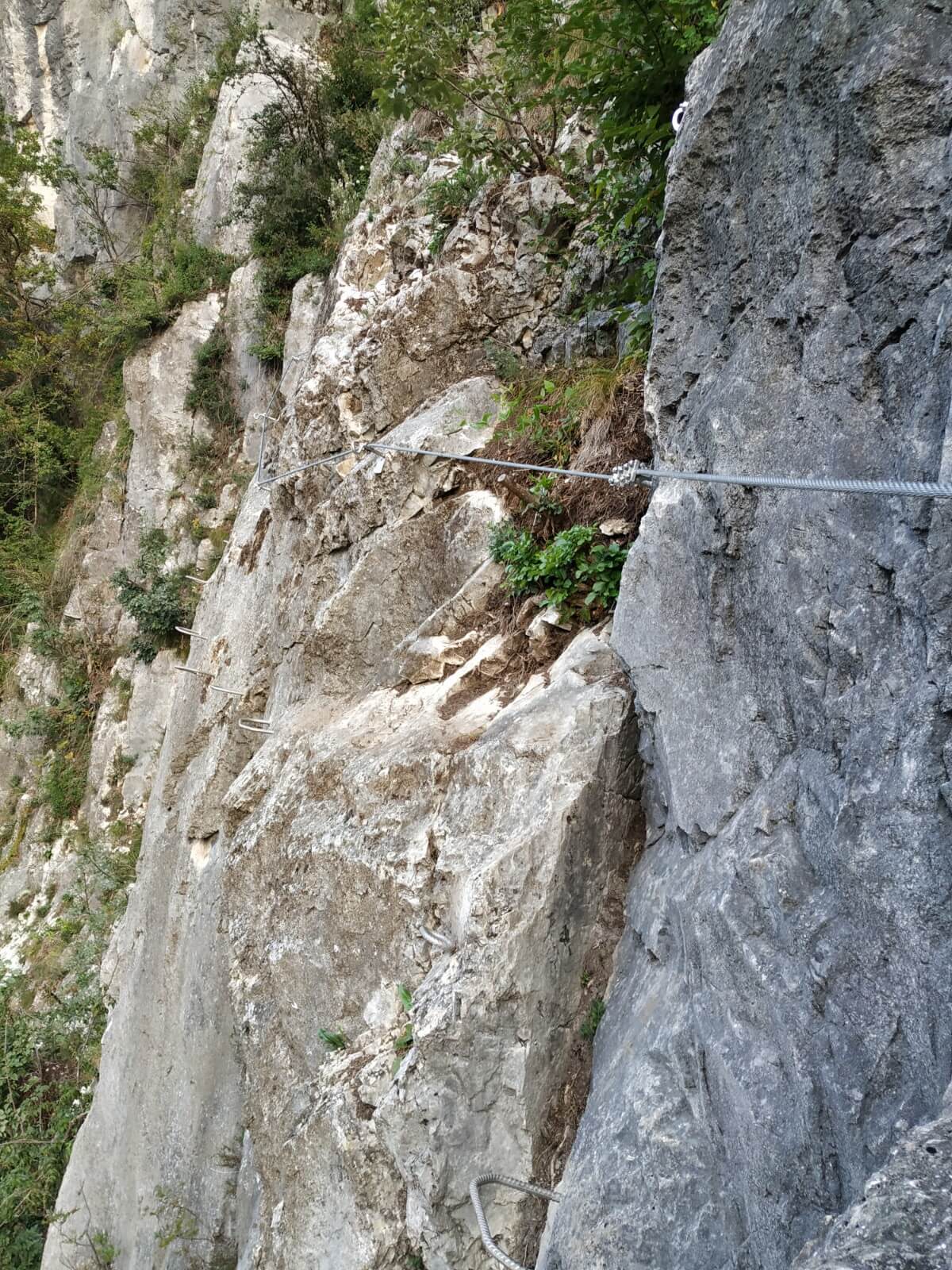 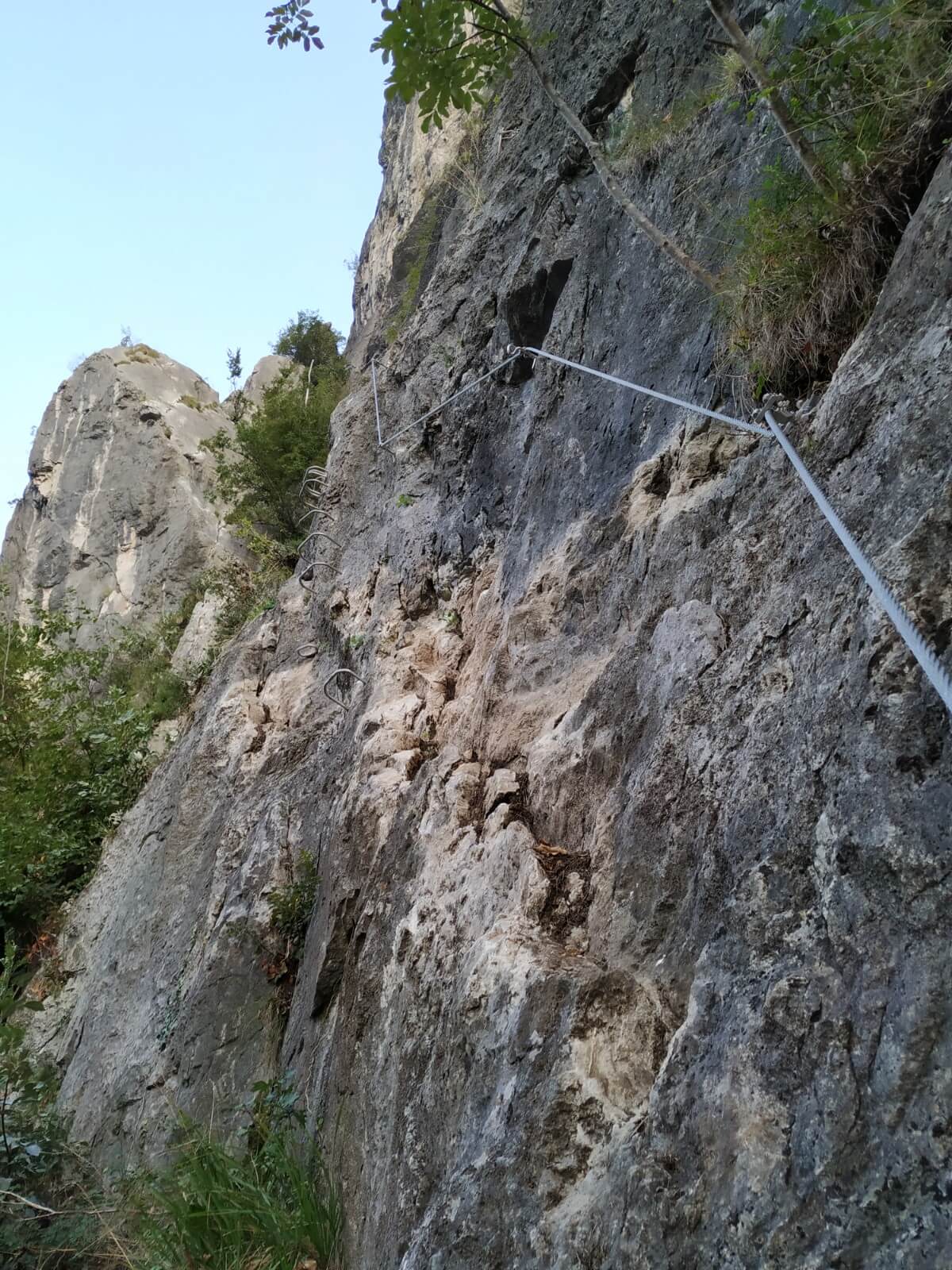 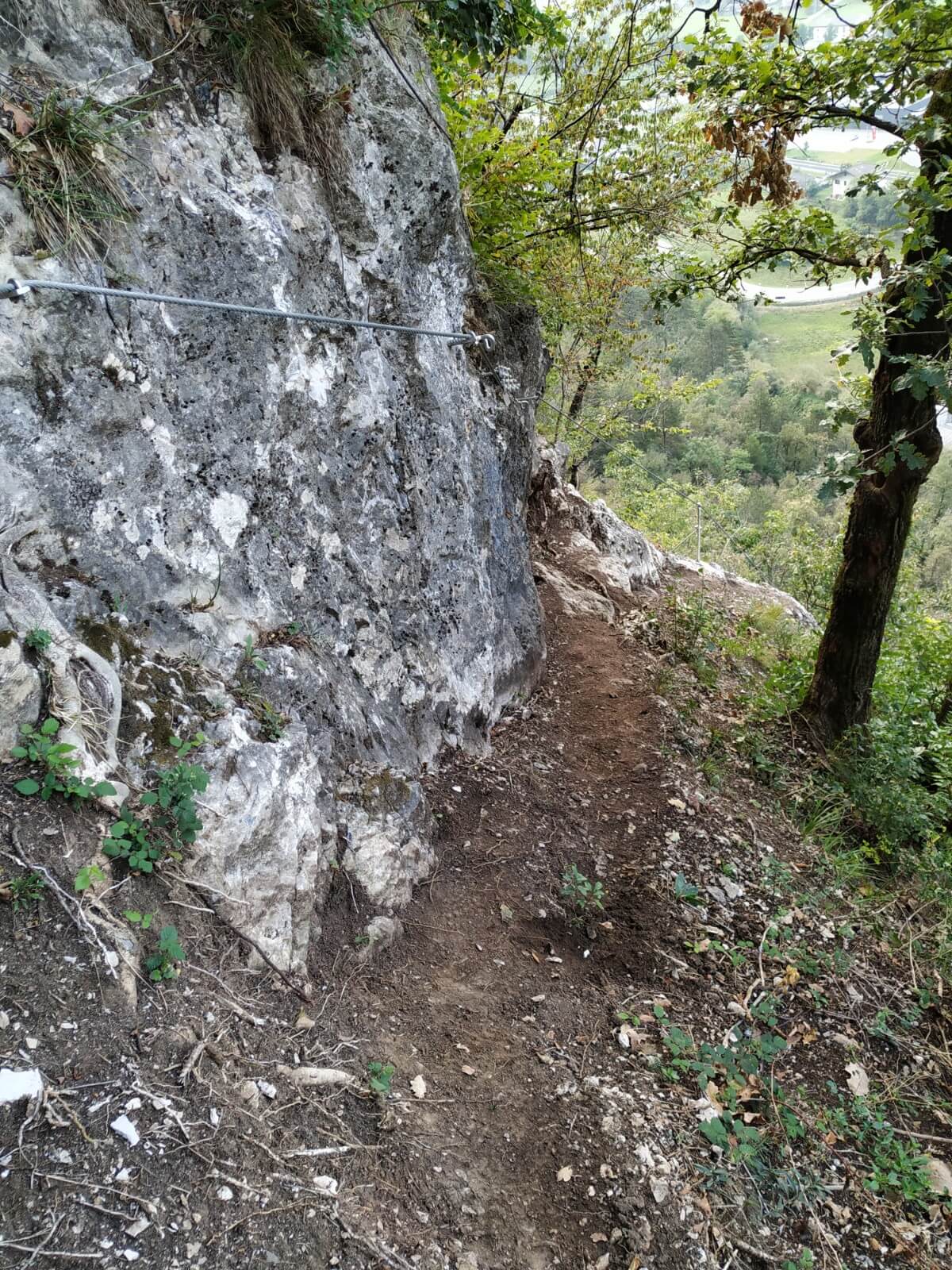 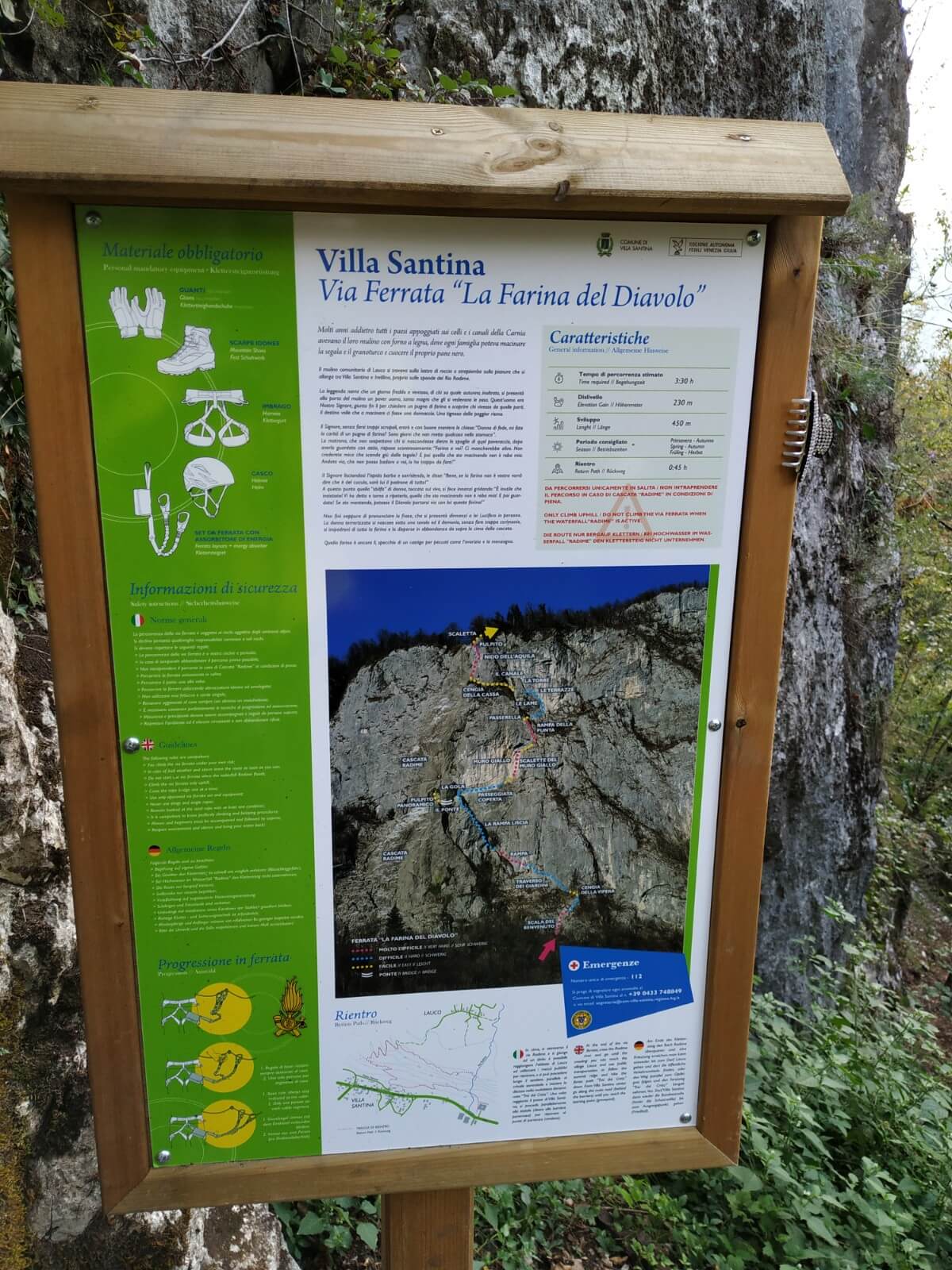 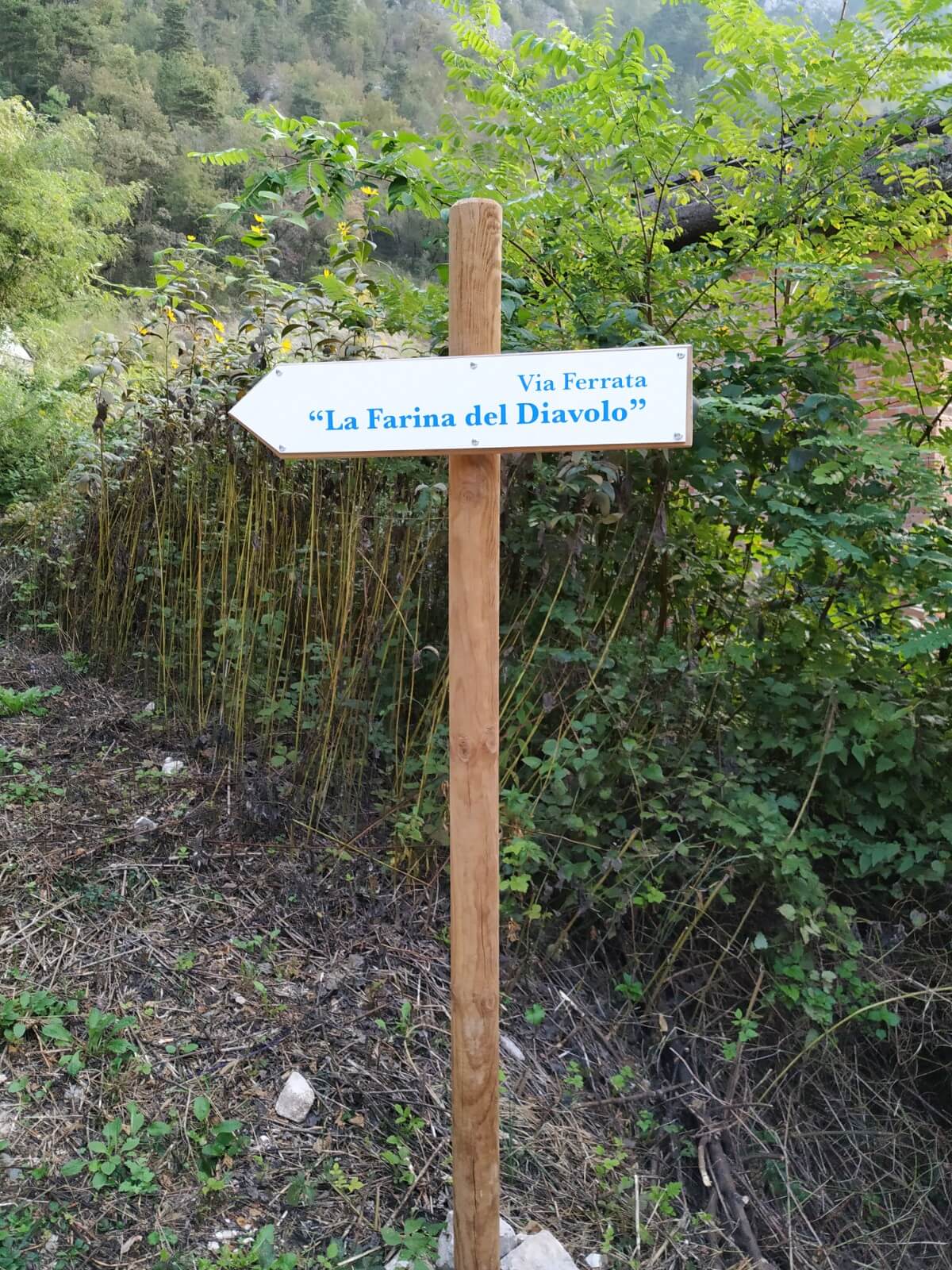 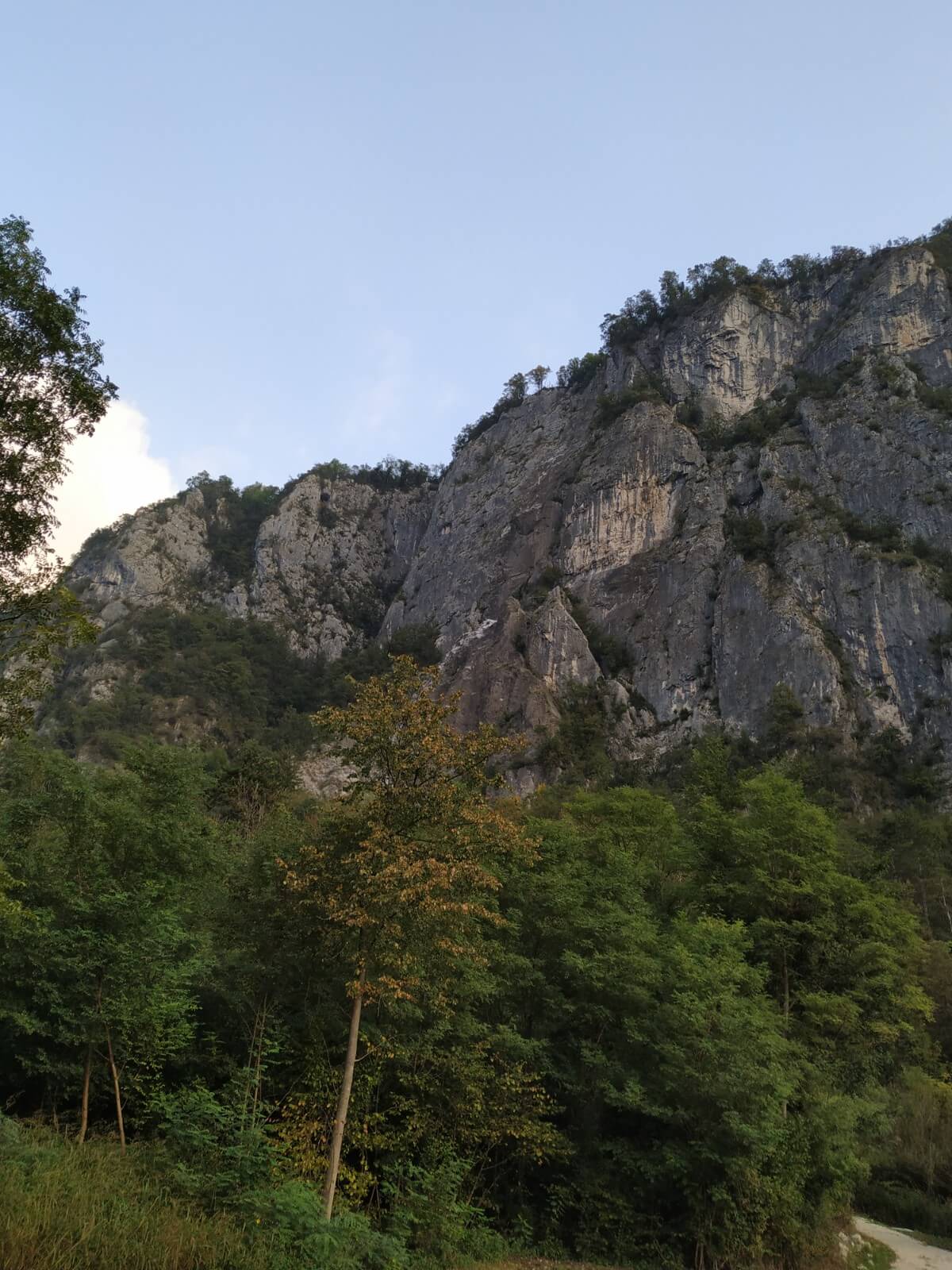 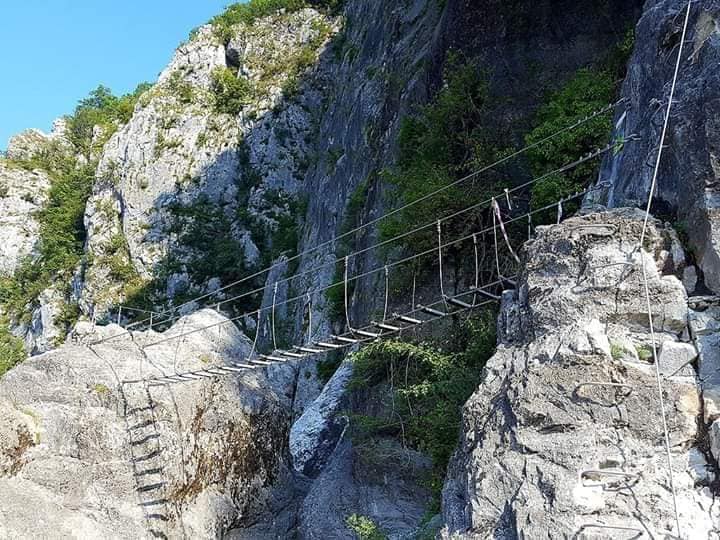 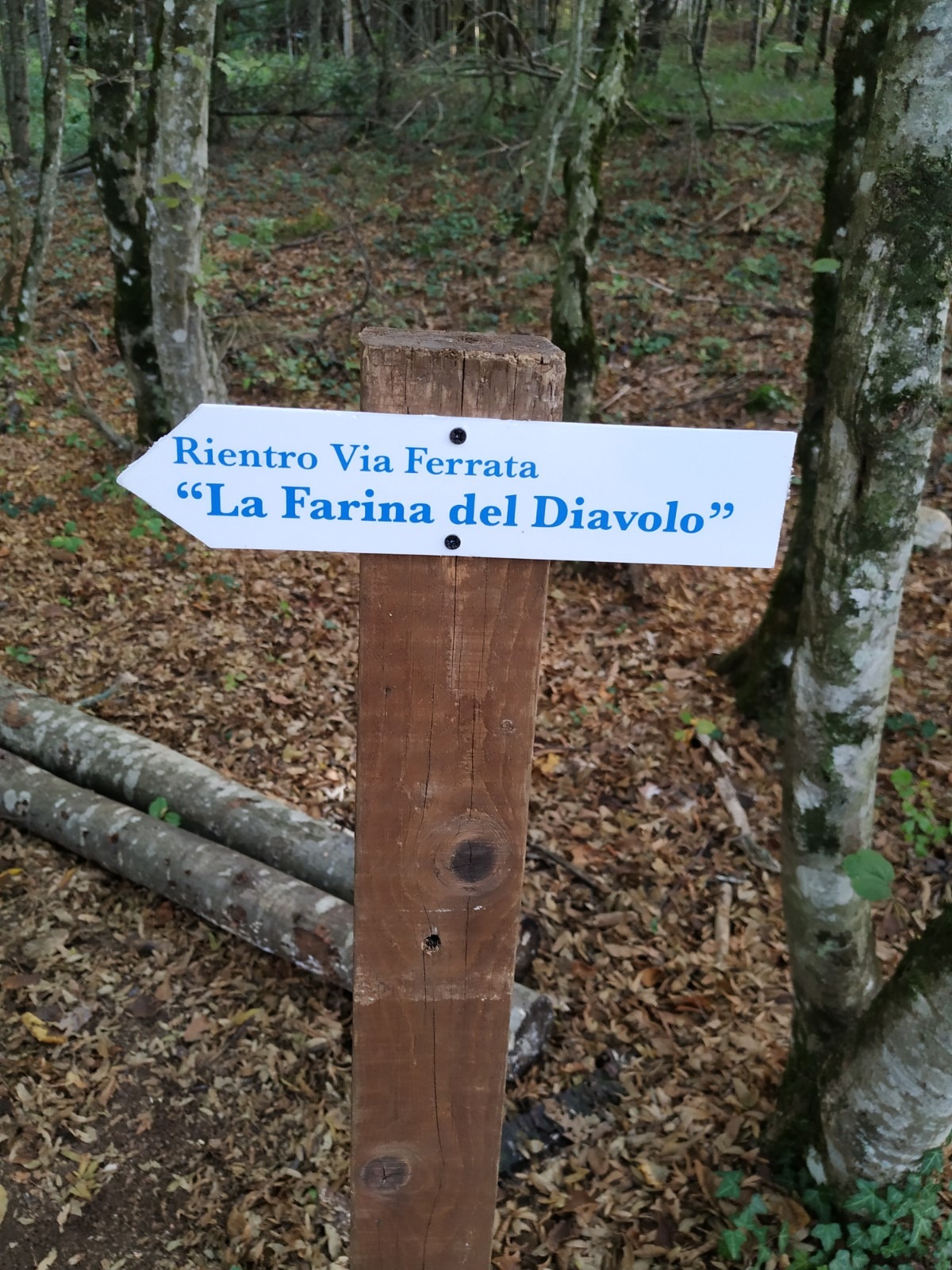 Ferrata Weather the Devil's Flour in the locality of Vilal Santina (Udine).

Ferrata webcam the Farina del Diavolo in the town of Tolmezzo.