The Ferrata di Favogna is a medium difficulty via ferrata that extends on a rocky wall that connects the Adige Valley to the Favogna Plateau on the border between the provinces of Bolzano and Trento. The Ferrata extends at low altitude and this must be taken into account in the summer months. It does not present particular technical difficulties although a couple of points are more difficult than the average of the route.

The starting point of the itinerary is located in the provincial road 14 which connects Roverè della Luna (Trento) to Magrè (Bolzano). If you come from the south, the recommended motorway exit is San Michele all'Adige, vice versa if you come from the north is Egna-Ora. Near the sign where the provinces on the Trento side separate, we will note a sign on the roadside (on the slope where the via ferrata extends). Park on the roadside and take the trip. Directions for Google Maps available here.

From the sign we climb steeply into the woods where we soon meet a couple of rocky jumps aided just before reaching the metallic slabto which the real Ferrata di Favogna begins (332 m - 10 'from the parking lot).

The departure starts near a rocky chimney which is the most technically demanding point of the route. The cable runs to the left and there are good natural grips, as well as a pair of metal brackets, with which to proceed uphill. After this first difficult passage we continue inside a canal with a lot of gravel and debris. We leave the canal keeping to the left and after a few steps in the woods we find ourselves under a vertical wall on which one extends long series of metal brackets. This trait has two characteristics: there is no cable so you can secure yourself to the brackets, and the first meters are to be faced free (1st degree) to reach the first brackets. Get back to this interesting one aided wall bend to the right and reach one we find a metal ladder quite supported coming out on a small terrace with great view on the Rotaliana plain. We cross to the right and begin an easy stretch of path.

We are now inside a gorge over which one extends new stair, this time more exposed and overhanging than the previous one. Once up the ladder we climb some rocks going up a initially unstable couloir then gradually more solid. We cross to the right reaching a panoramic balcony from which it is possible to taste the panorama of the Adige Valley  and its vineyards and orchards (45 'from the start).

We cover a stretch of path to the left towards an impressive overhanging wall. Let's start by going up a part of wall supported bending to the right until you reach the book of signatures. We continue always to the right, we go around an exposed edge to then go up some supported rocks. Here ends the Ferrata di Favogna (975 m - 1h 30 'from the start -1h 40' total). We continue following the path in the woods until we reach the Favogna slabau with its first houses (30 'from the end of the ferrata - 2h 15' total)

For the descent you have two options:

The Ferrata di Favogna is a medium difficulty via ferrata with two more difficult and demanding parts (initial chimney and wall with brackets). The metal equipment is in some places a little spring and this can make progression more difficult for inexperienced people.

The return is long in both directions and it may make sense to park the car near the point of return and lengthen the approach when it is still fresh.

At the start there is a sign indicating to pay attention to the ticks.

The Ferrata di Favogna extends in the Adige Valley, an area where there are several itineraries aided with not very long itineraries. This makes it possible to combine the Ferrata di Favogna with other via ferrata, such as the Via Ferrata Rio Secco or the Ferrata del Burrone Giovanelli near Mezzocorona or la Ferrata Mendola at the Roen (attention however to the length of the itinerary). If you decide to go down in the direction of Lake Garda, some routes may not be long Ferrata Mori, the Via Ferrata Che Guevara or the Ferrata of Castel Drena. 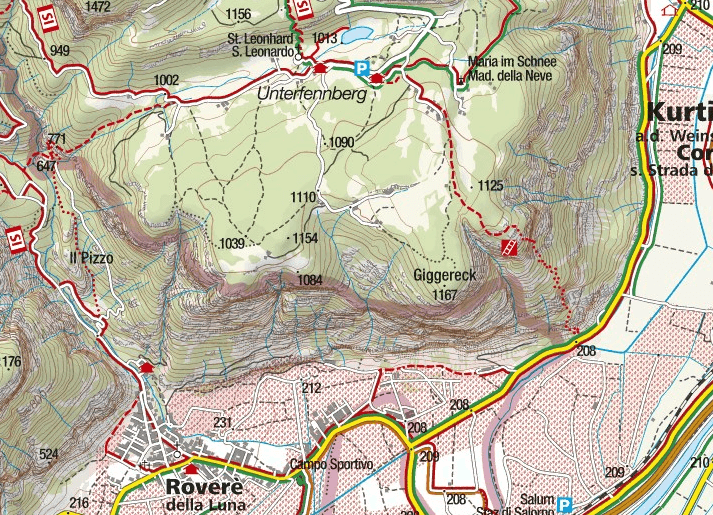 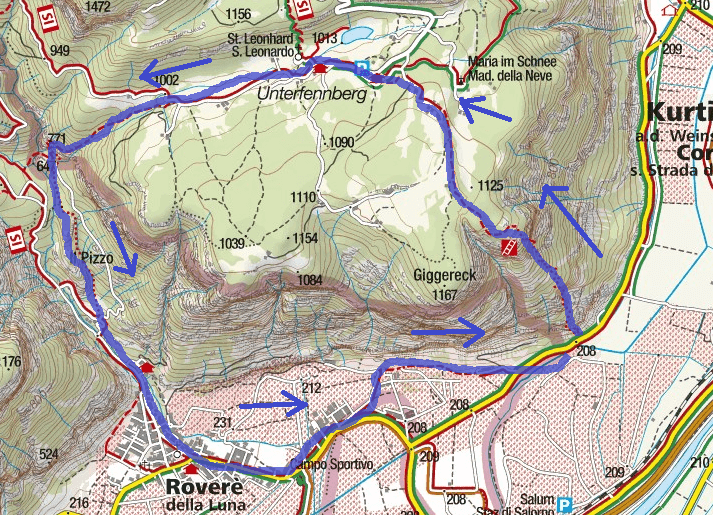 Images Ferrata di Favogna. The images included in the report were sent to us by the users of the site. If you are interested in sending us photos, use the form on the left or send them to our Facebook page. 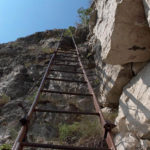 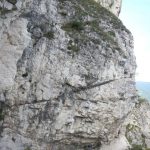 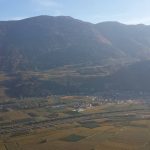 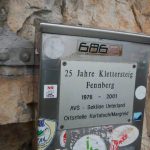 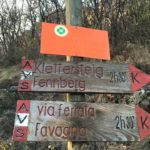 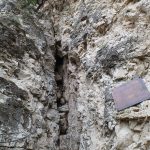 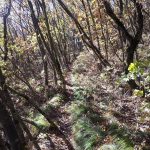 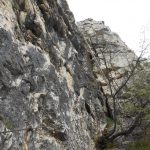 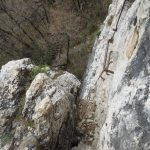 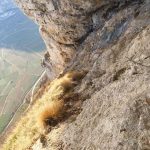 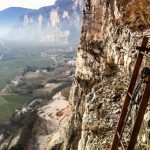 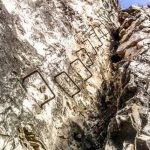 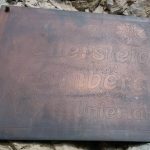 Roveré of the Moon weather