The recent Ferrata Spellini connects the Rifugio Tosa Pedrotti with Bocca degli Armi, the connection point between the Ferrata of the Central and Bocchette Altes. The ferrata is generally used as a return path for a loop ride from the Pedrotti Hut. The itineraries do not present high technical difficulties however it is exposed and the environment is high in the mountains.

As with many routes and via ferrata in the Brenta Dolomites, the starting point of the itinerary can vary greatly depending on which trip you want to do and which other paths you want to take. This report considers the Ferrata Spellini traveled uphill in a ring route where you take the Ferrata delle Bocchette Centrali from Bocca degli Armi to Rifugio Pedrotti.

In this scenario, the starting point of the itinerary is Molveno, leaving the car near the Ciclamino hut which can be reached from Molveno via Via Dolomiti. Directions for Google Maps available here.

Leave the car at Baita Ciclamino follow the CAI signpost 319 that along a dirt road in modest climb takes us to a junction where a path branches off to the left (CAI 319) in steep ascent that leads us to the Rifugio Selvata (1630 m 1h 30 '). From the Rifugio Selvata we will keep the CAI 319 which will take us first to the Rifugio Tosa (2439 m) and then to the Rifugio Pedrotti (2491 m - 2h 30 'from Rifugio Selvata - 4h from the parking lot). From Pedrotti we will have to go back down to Rifugio Tosa and from here proceed in a north-east direction on Aided path Orsi that in about 30 'takes us to the junction a Busa degli Sfulmini (2364 m) where on the left we will begin the trip of the Ferrata Spellini (4h 45 'from the parking lot).

If you do not want to stop at the Rifugio Pedrotti during the approach and avoid the last stretch of steep climb, about 20 minutes before reaching Pedrotti we will notice an indication that leads us to the aided path Orsi (CAI 303) initially towards west then north east. We follow this path that in 30 'will lead us to a new pole near Busa degli Sfulmini where on the left the Ferrata Spellini path will start with the metal slab (4h from the parking lot).

From the sign near Busa degli Sfulimini we begin to climb the valley with a discrete slope and windings on a well-marked path. We continue uphill along the scree passing under the Campanil Basso up to meet the red sign with which we will start the via ferrata which extends on about 200 vertical meters until we reach the Bocca degli Armi.

We face a first stretch of ironwork without difficulty on some rocks with supporting brackets and we reach the first long and demanding stairway. We will meet different ladders in this via ferrata but the first and the last are the most challenging as they tend to push you out. For people without adequate relaxation a quickdraw could be useful.

We continue to the right facing a short traverse but not to be underestimated and after a short climb we continue uphill at intervals some stairs with ledges, rocks and a couple of easy traverses. As anticipated a particular note deserves thelast ladder more demanding and long. Theexposure along the way it is remarkable but never in particularly challenging stretches. After the last ladder we face a short series of aided sections and we are at the end of the Spellini Ferrata meeting a second one metal slab and red sign for those traveling downhill (1h 30 'from Busa degli Sfulmini - 5h 30' from the parking lot).

Finished the Ferrata a Bocca degli Armi (2749 m) to complete the ring itinerary that we propose here we will have to proceed in a southerly direction along the Via Ferrata Bocchette Centrali. The path is exposed but generally well secured and does not present any particular technical difficulties due to the breathtaking views of Cima di Brenta Alta and the nearby pinnacles. We will arrive after 2h 30 'a Bocca di Brenta, where the challenging hike ends and in 15 minutes we are at Rifugio Pedrotti (2h 45 'from the end of the Ferrata Spellini - 8h 15' from the parking lot). At this point we will walk back along the approach path between the Rifugio Pedrotti and the Baita Ciclamino (3h - 11h 15 'total).

Of course, you could also take the Spellini Ferrata backwards and then go completely backwards along the same route. However, given the long approach and the gap of the route, combining the Via Ferrata with Bocchette Centrali is definitely recommended.

The Spellini Ferrata was presented uphill but is very often traveled downhill as a return to the Rifugio Pedrotti or finished the Ferrata delle Bocchette Alte as a conclusion to that trip.

This ferrata is characterized by high exposure accentuated by a series of ladders. On the other hand, the technical difficulties are reduced and apart from the physical effort to climb the stairs, only one side is noteworthy. Pay attention to any snow in the gully before starting the via ferrata. The equipment is almost all new and in excellent condition.

If you have the time and the opportunity to stay at high altitude, you might consider staying at Rifugio Alimonta (45 'from the end of the Ferrata Spellini) to take the Ferrata delle Bocchette Alte the following day and return to Pedrotti from Bocca Tucket with the Orsi Aided path, or the Sosat Aided Path. These are wonderful itineraries that, however, require good time and the possibility of staying at high altitude.

Among the other routes that develop in the Brenta Dolomites we recommend the Sosat Aided Path and that ofIdeal, the Via Ferrata Castiglioni, the Via Ferrata Brentari and, in the northern reaches of the group, also the Via Ferrata of the Val Gelada and Aided path of the Palete. 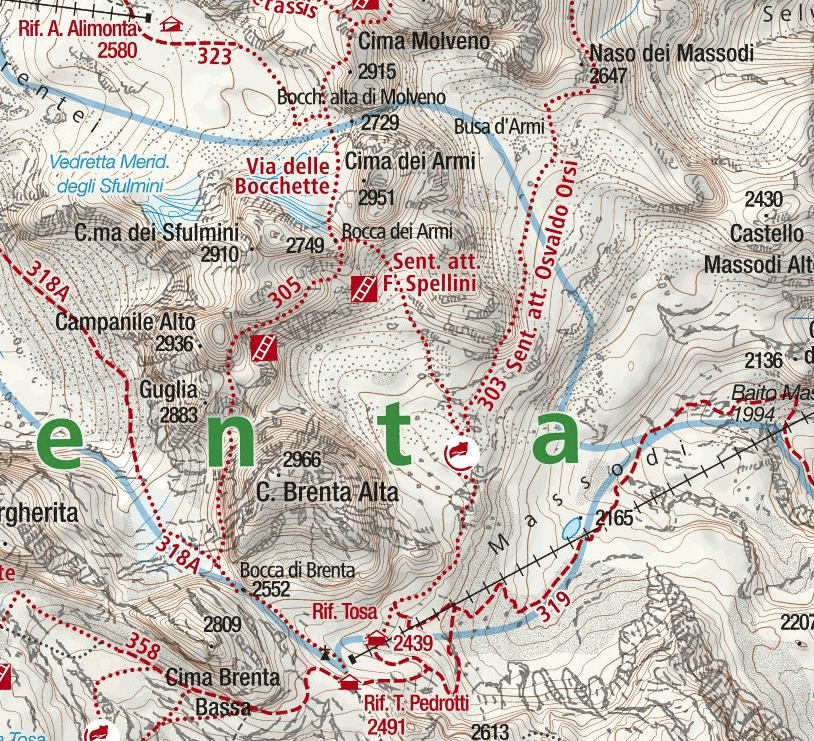 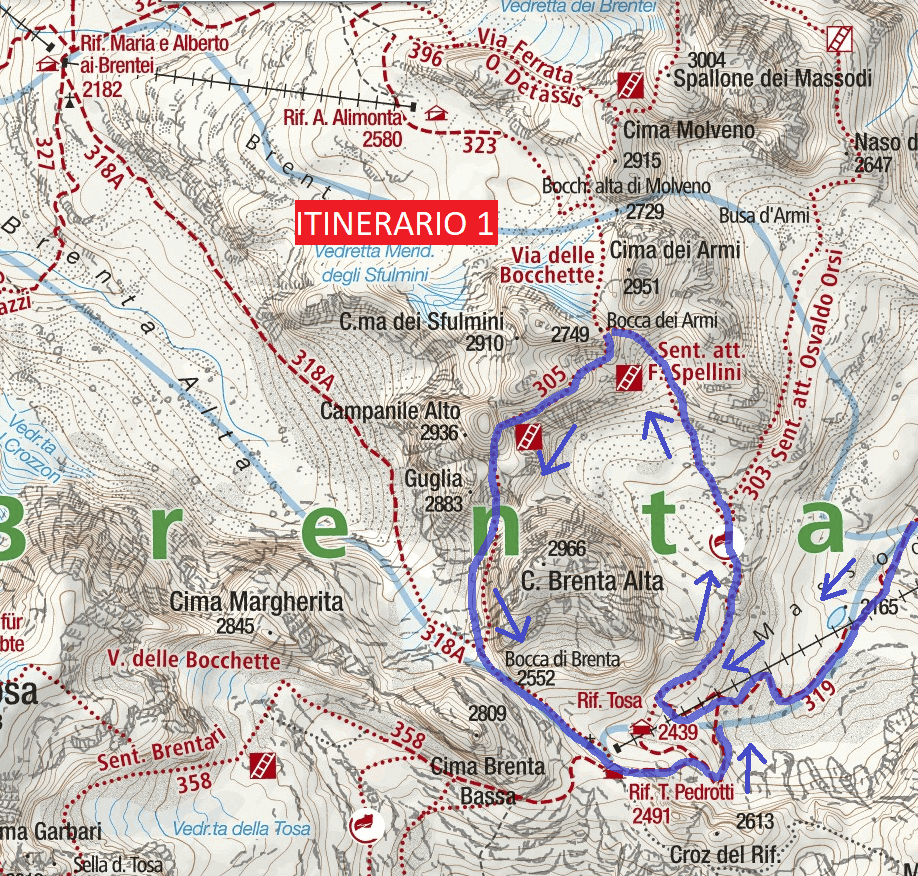 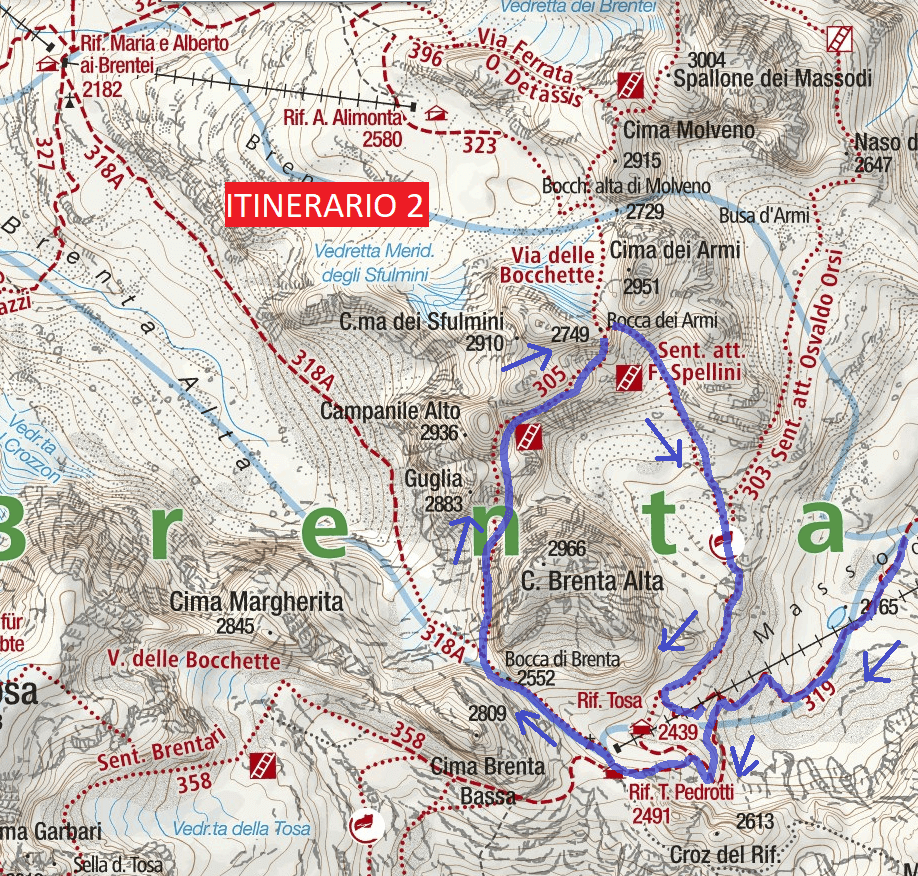 Images Ferrata Spellini. The images included in the report were sent to us by the users of the site. If you are interested in sending us photos, use the form on the left or send them to our Facebook page. 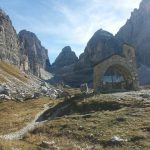 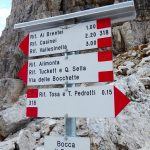 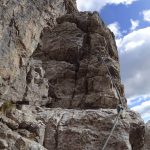 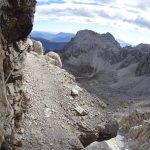 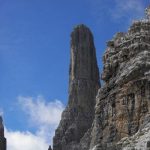 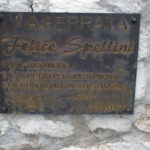 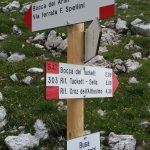 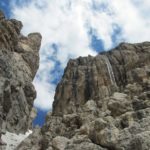 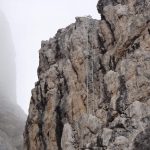 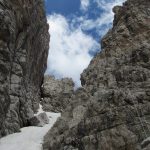 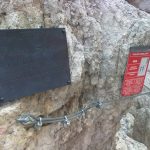 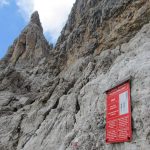 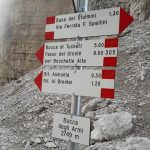 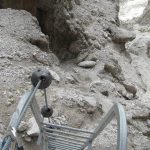