Review of the difficult Ferrata Fiamme Gialle (literally "Yellow Flames Ferrata" referring to the sport club of the Financiers Police Korps of the Italian Army) at the Palazza Alta in the Civetta Group. Very long and tiring itinerary with a very difficult via ferrata and therefore recommended only for experienced hikers in good shape. Very long and demanding return that requires you to take the via ferrata soon or to break the itinerary in two days by spending the night at the hut.

The starting point of the itinerary is the village of Bastiani near Cencenighe Agordino in the province of Belluno. From Cencenighe follow to Alleghe and, before leaving the town, you will notice an uphill ramp with signs for Bastiani. Follow the road that ends at the village where there is a small parking lot. Directions for Google Maps available here.

Already from the parking lot we follow the indications that make us get on a path where we meet two marked crossroads where we will keep the left following the signs for the via ferrata. We climb steeply into the woods first and then out of the woods we meet a crossroads. We we hold the right for the via ferrata ignoring the detour for Sech (3rd option to return). We are now on a path that runs parallel to the rocky bastion and in some sections it is decidedly exposed therefore aided with a handrail rope. We then reach thestart of the Ferrata Fiamme Gialle (1h from the parking lot).

The via ferrata can be divided into 4 sections separated with each other by more or less difficult sections of connection.

The first section presents immediately from the start a characteristic that completely distinguishes the route: compact rock and verticality. Let's start with a vertical jump of 6 meters with a couple of useful handholds on the right side of the climb. We cross easy to the right and begin a long first uphill stretch. The rock on which we climb offers some grips but often they are not so obvious nor large making at times necessary to pull on the cable. Let's go up now on a long traverse to the right and then alternating vertical sections with short horizontal sections surrounded by bushes and mountain pines (30 'from the start).

We cover a stretch of path aided with some short jumps and rocks up to the start of the second section of the route. This trait is characterized by well-appropriated stretches of slabs that rise to vertical stretches but with good supports and steps that make it pleasant to climb using the excellent rock present. We go up to a dropout. We climb a few meters on a traverse to the right and we are at the end of the second section (1h from the end of the first section - 1h 30 'from the start).

At the end of the second section we continue on the path and reach a way out: on the right we cover a rather easy way to reach the top, on the left the difficult, very difficult road. The fourth section begins with a challenging diagonal cross to the right which brings us to an edge. We go up the edge in a strong exposure and we are under a long and difficult dihedral with few holds. You will need to use the cable and look in the split supports and holds to climb this step. We are now at the end of the route. Let's go up one steep wall with better supports than the previous steps and we reach the summit (2255 - 1h from the end of the third section of the route - 3h 30 'total).

From the summit begins a new demanding section of our itinerary that must be taken into consideration when planning the itinerary. We go down from the summit towards the east following the path up to a clear crossroads signposted. At this point there are 3 options:

The Ferrata delle Fiamme Gialle al Pelsa is a difficult via ferrata in itself that reaches the level of very difficult in its fourth and final section. The rock is very compact and lends itself very well to being climbed taking into consideration that many passages are of III and IV degree with some points in the fourth section probably of greater degree. Climbing shoes may be useful. The connecting paths are also strenuous due to the slope and it is advisable to use these sections to recover the energy in view of the last section.

The Ferrata Fiamme Gialle in the Civetta group is a very demanding via ferrata included in a very long and demanding itinerary. If you want to follow other routes in the Civetta group you could opt to stay at the Vazzoler Hut from which you can reach the start of the Ferrata Tissi as well as in a longer itinerary there Ferrata degli Alleghesi. In the southernmost part of the group we meet the Ferrata Costantini at Moiazza. On the opposite side of the group we also meet the easy Via Ferrata Sora el Sass.

If instead we turn to the east we meet the Ferrata Paolin Piccolin or the ferratas at the Pale di San Martino, including the Bolver Lugli and the Via Ferrata Fiamme Gialle Ferrata to the Reali Shelter. 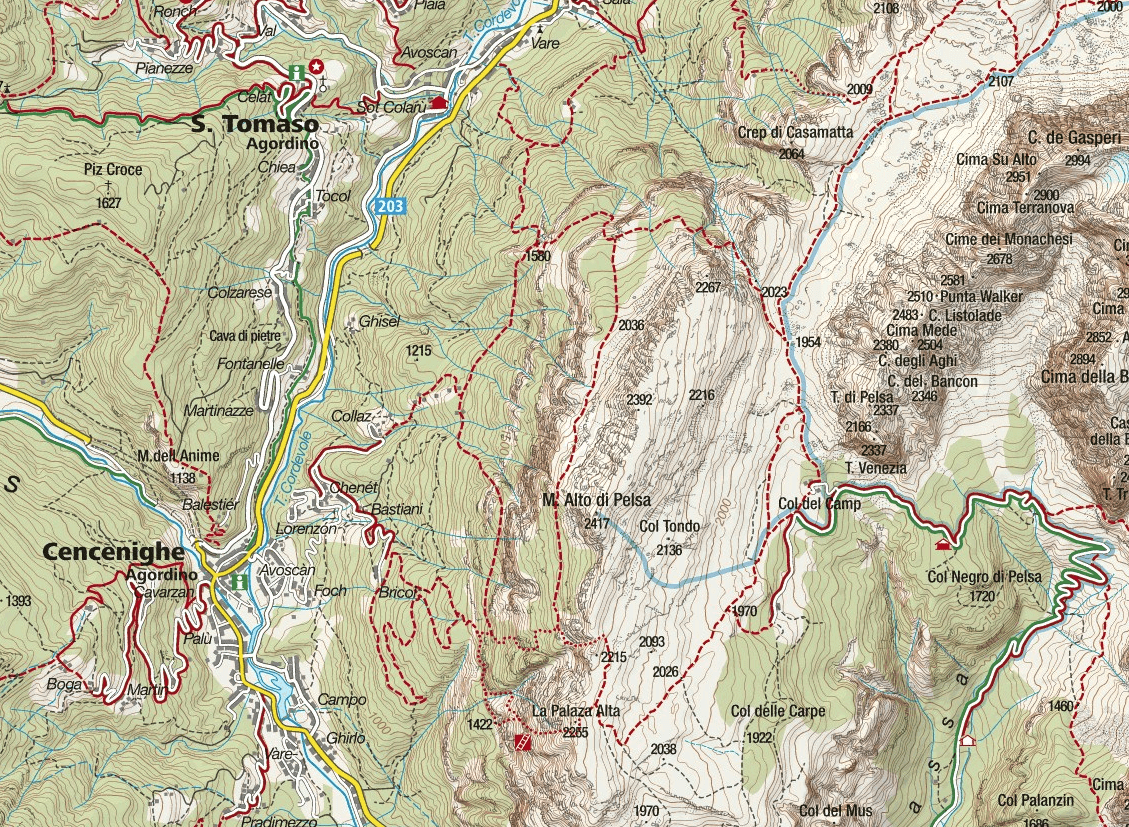 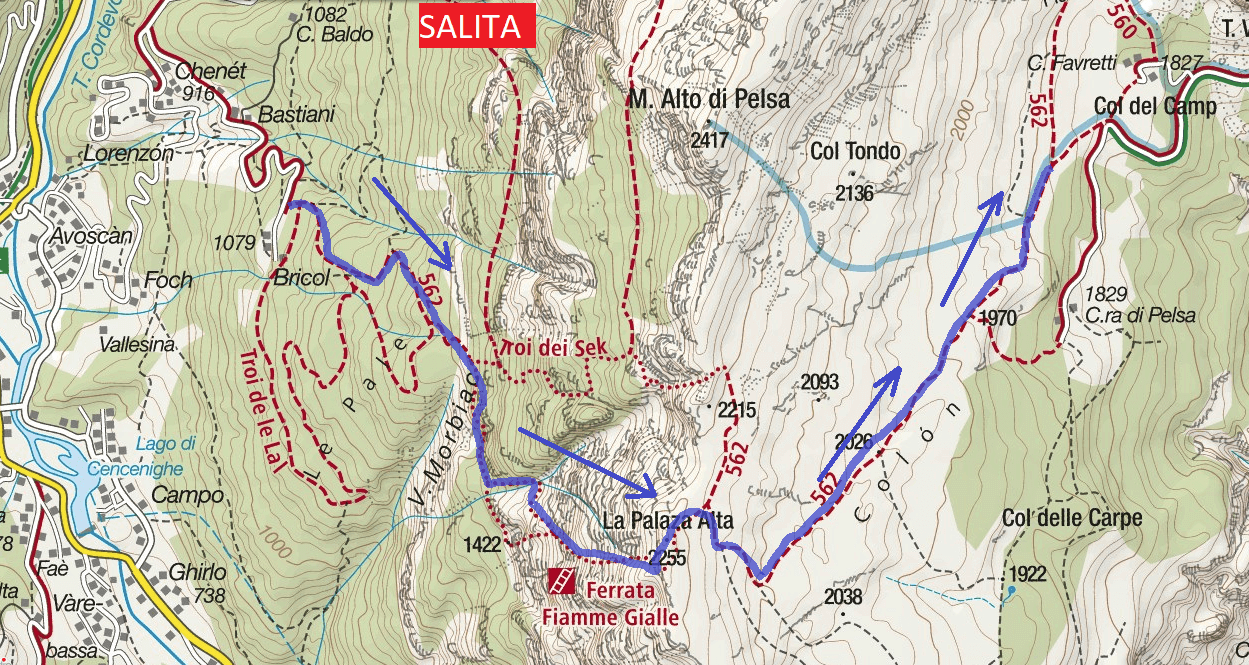 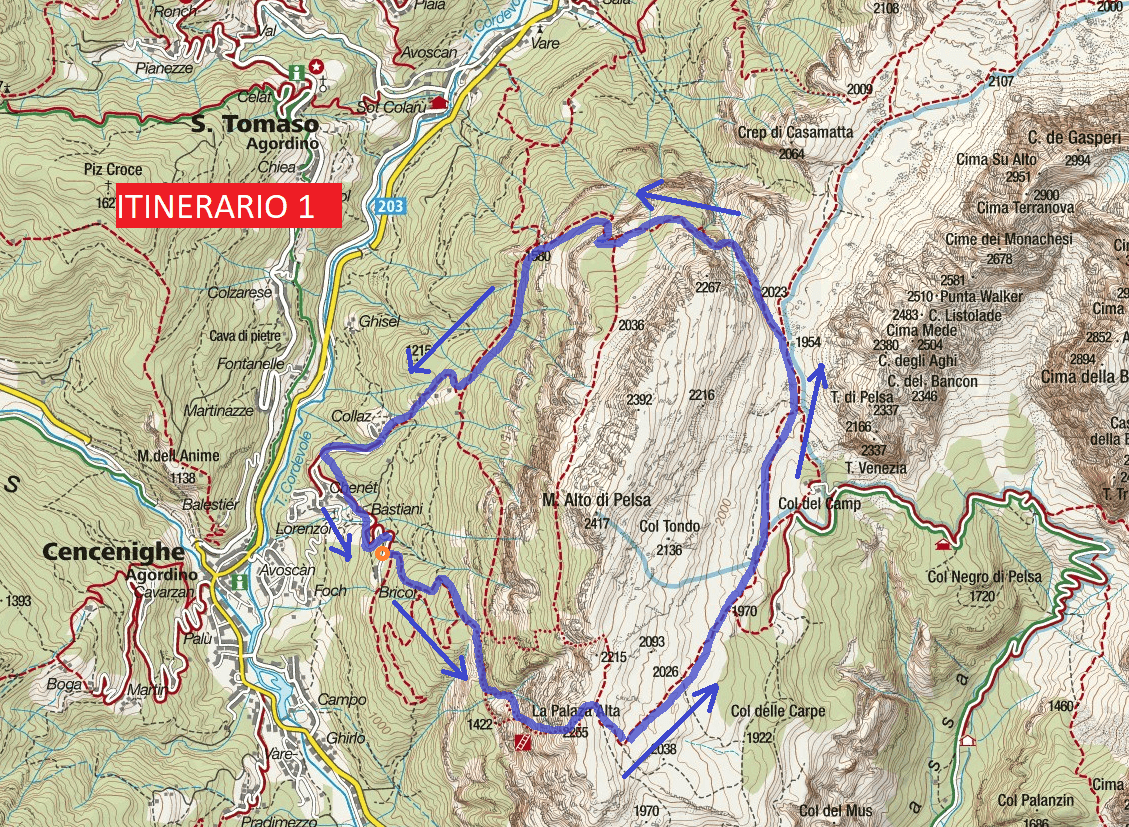 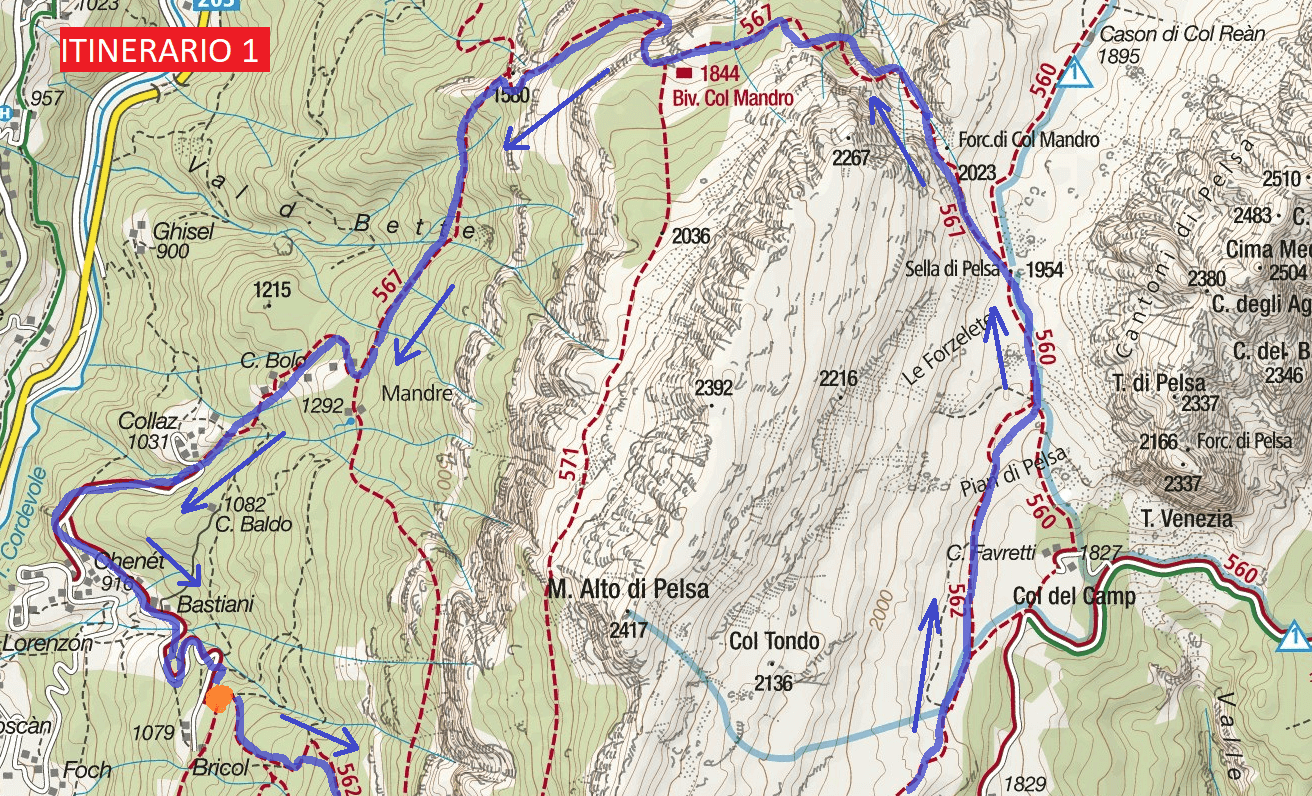 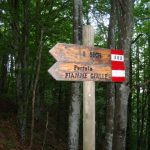 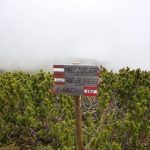 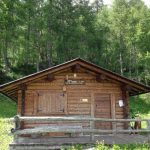 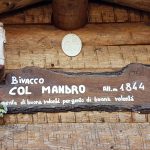 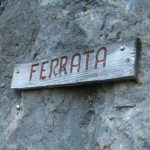 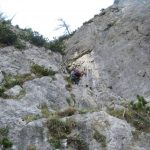 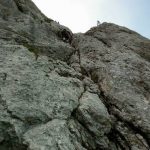 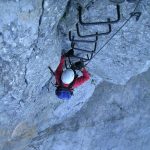 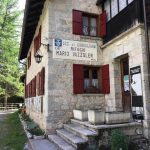 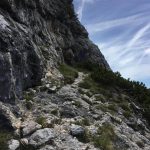 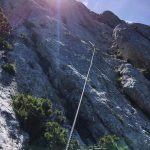 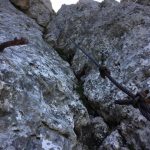 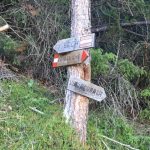 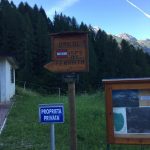 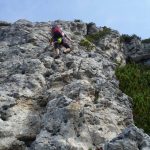 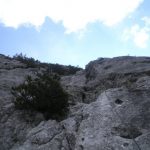 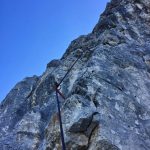 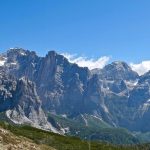 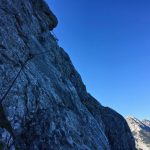 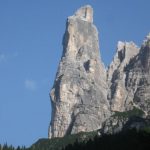 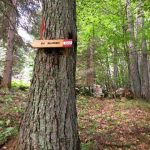 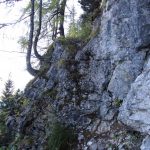