This short itinerary leads us to two aided sections so to reach a ruined fort of the First World War. Recommended trail for beginners.

The starting point of the itinerary is the Rosa di Beremone Hut in the municipality of Anfo near the Lake of Idro in the province of Brescia. Once in Anfo we continue along the eastern coast of the lake until we see a road on the left that goes up in the opposite direction to where we arrive towards Passo Maniva and Passo Beremone. We climb along the road to the shelter where we park.

From the car park we go up the road to Passo Beremone where we will see a cart on the opposite side to the north of the hut. Under the cart we immediately ignore the first path (CAI 404) which starts on the left. We continue on the dirty road reaching a saddle where we will keep the left. Shortly after we proceed straight to a saddle in the road where a track continues to the left. In a few meters we will notice the first equipment that goes back to the left (15' from the parking lot).

We follow a short aided stretch where the cable serves as handrails, we pass under a rocky arch and on the right we climb up the red metallic staircase. After the staircase we follow the steep path and soon we are at fort, now in ruins, of the First World War (10 'from the start - 25' from the parking lot).

From the fort we descend along the path to the east which soon crosses another path. We take to the left and soon we are at the last junction of the approach path. We retrace from that point the outward path (20 'from the end of the via ferrata - 45' total).

It is an easy and simple trip with a short aided section. Watch out for the hot summer months. Ideal for beginners.

Lake Idro is an area full of itineraries aided for all tastes and abilities. In increasing order of difficulty one could face the Aided path Sasse on the western side of the lake or the Aided path of the Idro Lake Falls. For people with already more experience you can go up the Via Ferrata Crench or the difficult ones Via Ferrata Fregio and Ferrata Ginestre.

Not far from Lake Idro one could point to Via Ferrata Caspai, to the Via Ferrata Nasego or at Ferrate of the Parco delle Fucine di Casto. 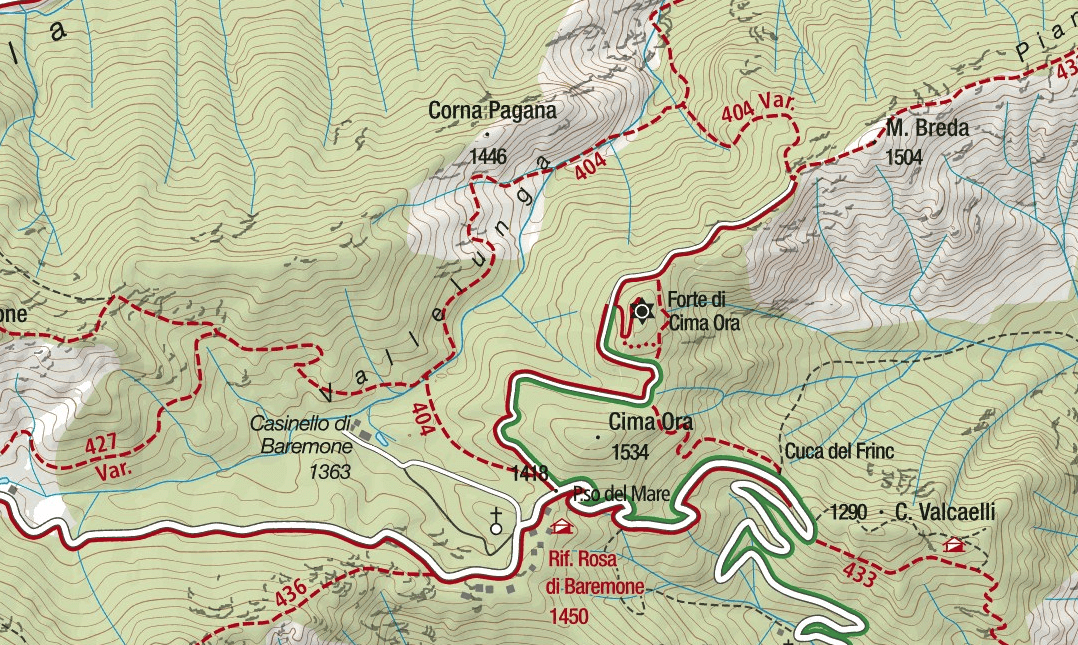 Images Ferrata Cima Ora. The images included in the report were sent to us by the users of the site. If you are interested in sending us photos, use the form on the left or send them to our Facebook page. 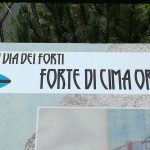 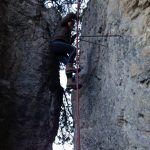 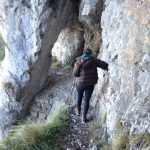