The Ferrata dei Funs is a recent via ferrata in French style that extends on the Ico Quaranta near Entracque in the province of Cuneo. The via ferrata is vertical, exposed with overhanging sections that make it athletic. The abundance of metal brackets minimizes contact with the rock however our judgment is positive and the itinerary is fun and rewarding.

The starting point is the village of Tetti Violini above Entraque in the province of Cuneo. Once in Tetti Violini, park and take the approach path.

From the parking lot follow the signs and the yellow notches indicating the start of the Ferrata dei Funs. For the first three junctions keep to the right and you will reach the sign start via ferrata (30' from the parking lot) below an imrpessive rocky wall.

From the approach path the wall is climbed diagonally using the brackets also present. We approach an edge and start to climb vertically. As you go up the wall, it takes the form of an unmarked dihedral in which you continue first on one side and then on the other using the abundant brackets available (a feature that will accompany us all along the way). The first section of the via ferrata is decidedly vertical with some overhanging sections and you quickly gain altitude by climbing up the wall in a growing exposure. Unfortunately, the chances of actual climbing are kept to a minimum, however the progression remains fun and the panorama behind us is beautiful. You then come to a signposted junction: on the left an easy route and on the right a difficult route. These soon rejoin. The two variants differ in the amount of overhanging sections present and their continuity. The difficult variation can be evaluted of Very Difficult level from the physical point of view despite the many brackets. The normal route proceed going around a rocky roof and keeping a similar level of difficulty as previously despite the growing exposure. After the two variants join together, the first section ends and we continue on a path in the woods. We reach a a rocky gully which we pass and short after we reach the second section.

The second section begins with a long vertical wall with plenty of brackets. Go up the slab and on the right you can see the suspension bridge that we will soon follow. Continue slightly diagonally till we reach an airy traverse and then meet bridge. We then cross it and short after we reach the end of the via ferrata (2h 30 'from the start - 3h total). Continue on the path and reach the top (5 'from the end of the via ferrata).

The descent follows yellow signs and a path aided in some sections therefore we reccomend not to take off the harness once the ferrata is ended. You descent steeply till you reach a crossroad. You continue along the path descending on the side of the mountain and in about 1 hour you reach the approach path. You follow the path back to the car (1h from the end of the route - 4h total).

The Funs Ferrata is definitely challenging, exposed and athletic. The first section is the most challenging due to the overhanging walls. The subsequent sections, although challenging, are less tiring and more pleasant.

It is a French type via ferrata with plenty of brackets, decidedly athletic and not very climbing. It still remains fun and adrenaline.

Traccia GPS per Ferrata dei Funs. Itinerary: as per description above. 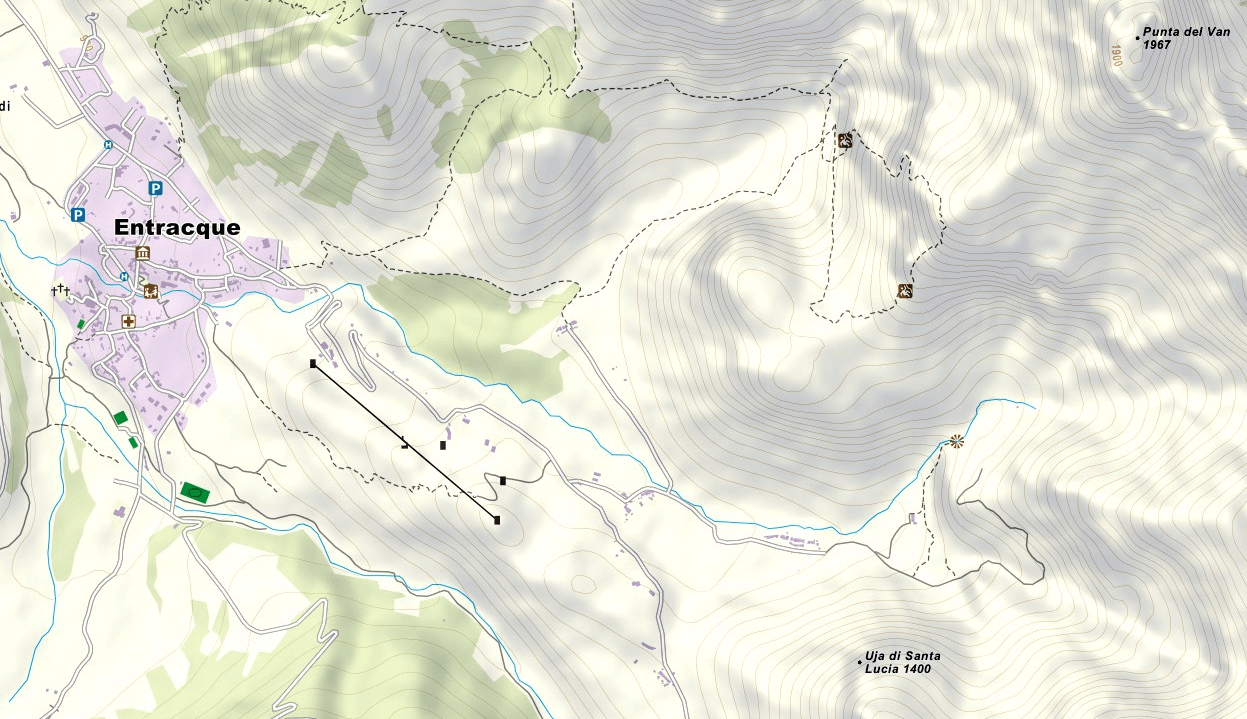 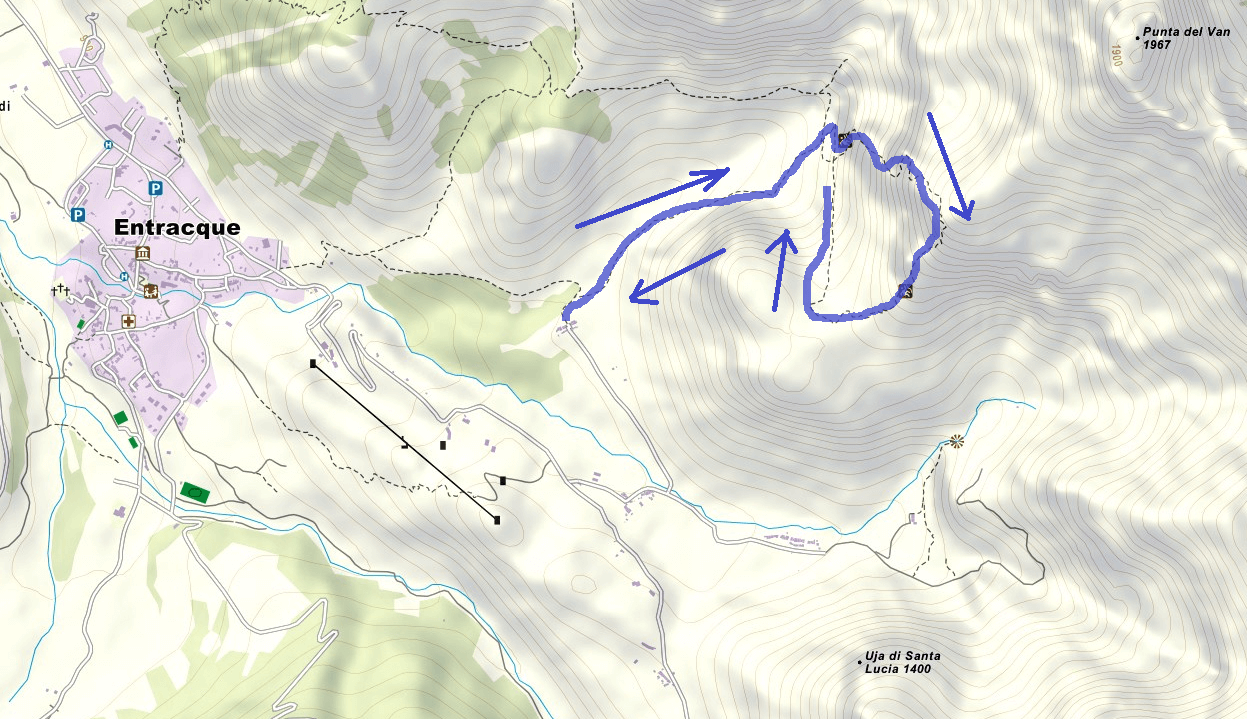 Funs Ferrata images. The images included in the report were sent to us by the users of the site. If you are interested in sending us photos, use the form on the left or send them to our Facebook page. 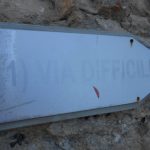 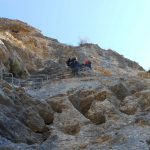 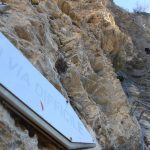 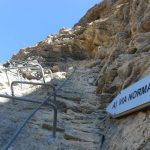 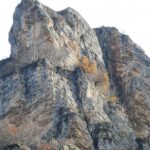 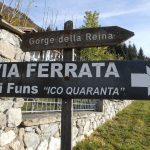 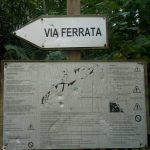 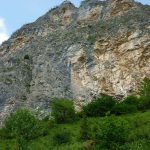 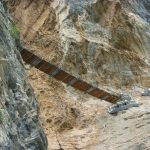 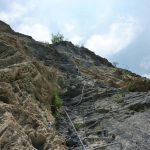 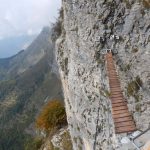 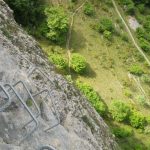 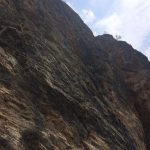 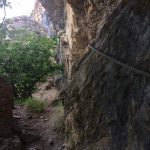 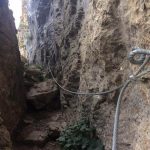 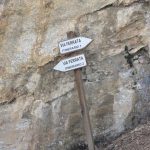 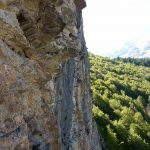 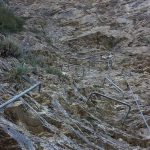