The Ferrata dei Gemelli is an aerial ferrata that takes place on the border between Valle d'Aosta and Piedmont along the Grassoney valley. The via ferrata extends along a long itinerary that touches the 3 peaks of the Gemini reaching the Punta Tre Vescovi. The route is aerial and winds along ridges with precipices on the sides, so it requires a good experience in this type of trips.

The starting point of the itinerary is the village of Niel in the municipality of Gaby in the province of Aosta. To reach Niel, we first reach Gaby in the lower Grassoney valley and near the town hall we take the road that goes up the Niel valley. Cross the bridge over the stream and climb up the road to the small village among many hairpin bends by parking in the clearing along the road.

From the car park, go up towards the last houses of the town where we will see several signs on the trails in the area. We will follow the path 6C towards the Colle della Piccola Mologna (yellow black signs). Crossing a first stone bridge over a stream, we will go up the forest first and then grasslands. We will then reach a stony ground that we will ascend by track along an old mule track built two centuries ago that connected the valley on the Valle d'Aosta side with that on the Biellese side. You reach the Colle della Piccola Mologna (2205 m). From the hill we will ignore the path we were on which descends towards the Biella area and we will continue in a northerly direction starting in fact the Ferrata dei Gemelli (2h from the parking lot).

From the hill go up in a northerly direction along the roccioni dell'foresummit trying to identify the (rare) signs and omit them. Along this strenuous climb, we will pass two humps until we reach the first of the twins (2473 m). From here begins a ridge trail with steep up and down sections assisted with ropes and chains passing the other two twins (2435 m and 2398 m). The ridge path continues until it reaches the Colle di Mologna Grande downhill (2364 m) where the Ferrata dei Gemelli ends (2h from the start - 4h from the parking lot).

At this point we can immediately take the path of return for Niel or we have two alternatives:

The descent towards Niel is however undertaken by the Colle della Gran Mologna. We start towards the left following the path 6B which soon takes us away from the ridge and takes us to the prairies, passing by some lakes and going down along the mountain pastures to reach Niel and the car (2h 30 'from Colle di Mologna Grande - 6h 30) 'total without the climb to Punta Tre Vescovi - 7h 30' total with the ascent to Punta Tre Vescovi).

This long and interesting itinerary takes place mainly on the ridge. The stretch is developed between aerials up and down not to be underestimated in case of rain or humidity given the steep slopes on both sides. The trip is beautiful and interesting in a little-known environment.

The Ferrata dei Gemini is a long trip and therefore difficult to combine with other routes on the same day. However, going up the Grassoney valley one could undertake the Aided path to the Quintino Sella Hut with another long and interesting trip in the alpine environment. Other long-distance aided routes are the Aided path of the Vofrede and the Aided path Panorama above Aosta and the Ferrata Josè Angster. 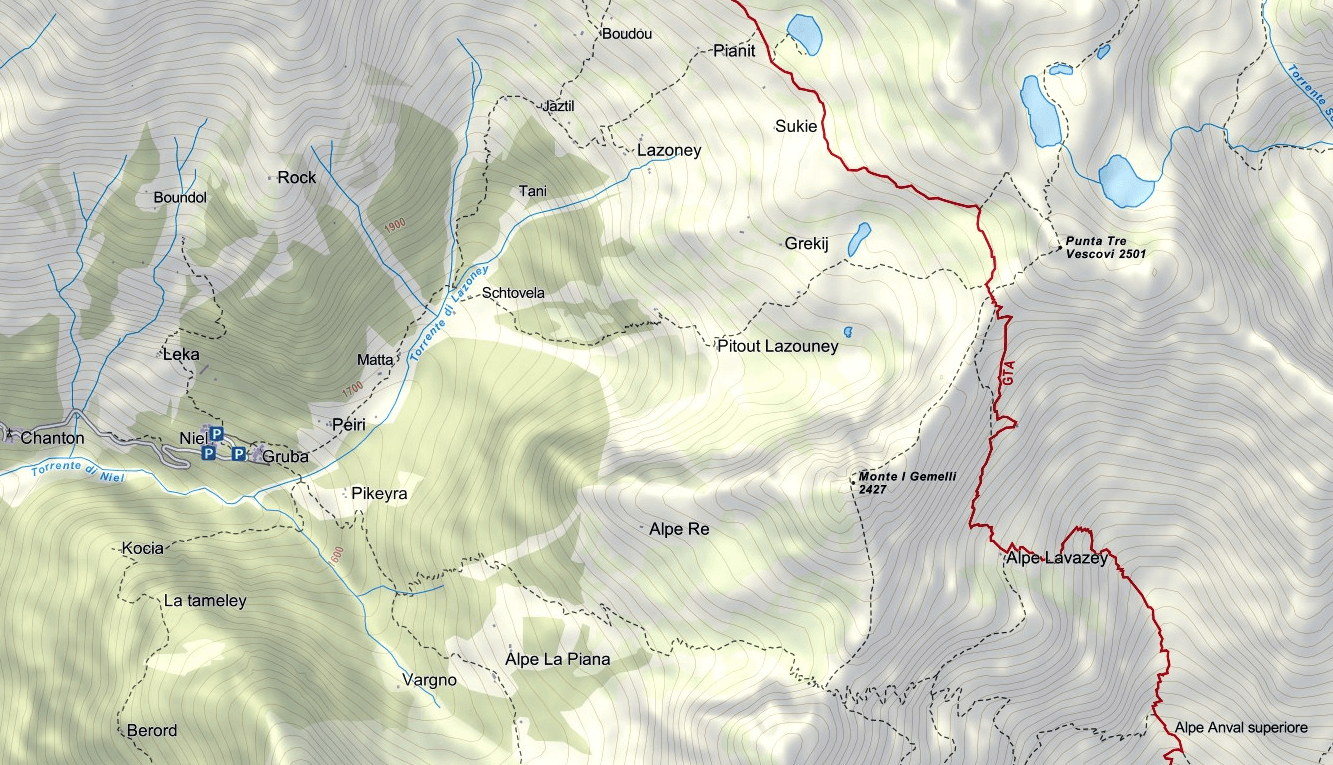 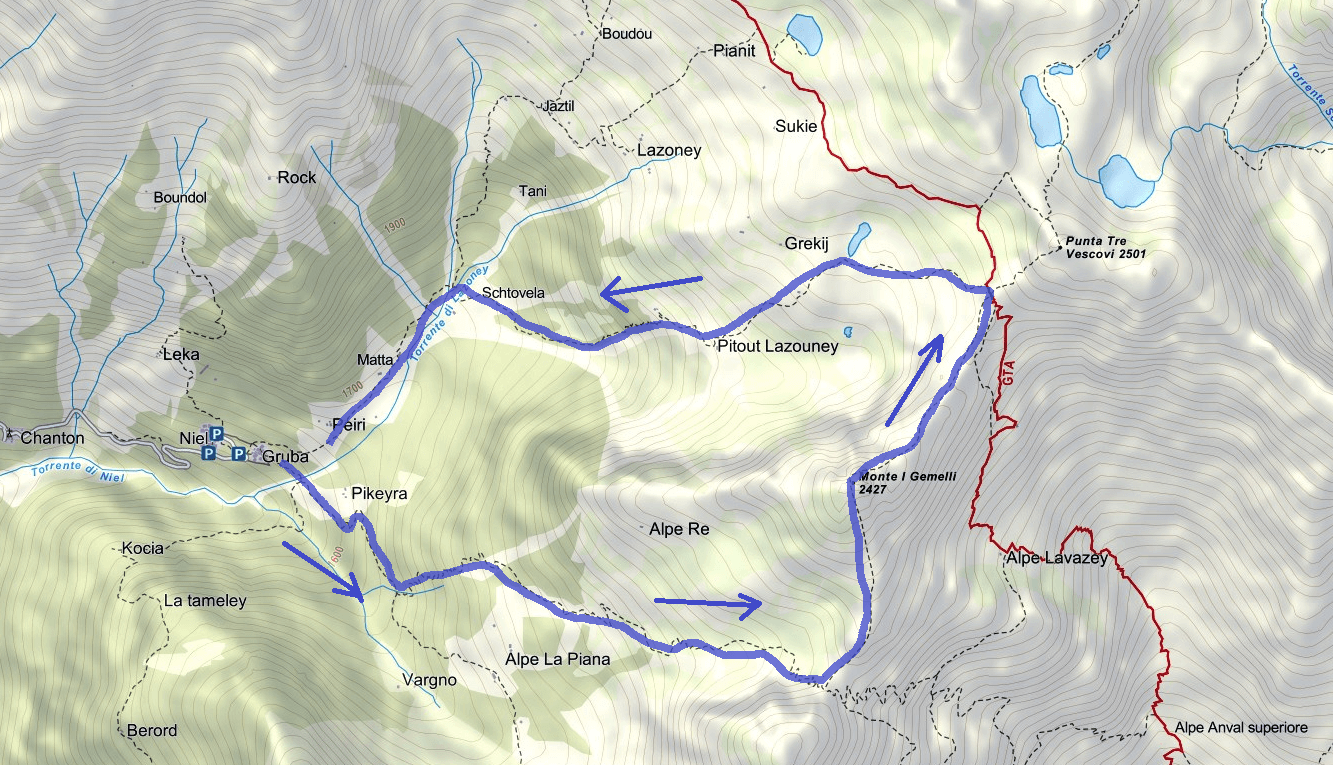 Images Ferrata of Gemini. The images included in the report were sent to us by the users of the site. If you are interested in sending us photos, use the form on the left or send them to our Facebook page. 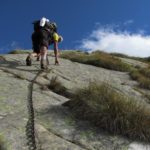 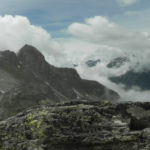 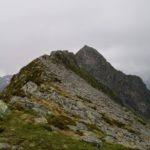 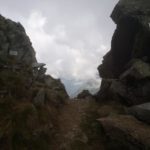 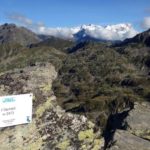 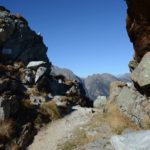 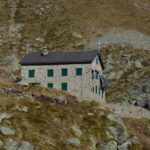 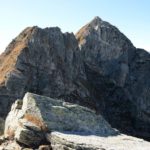 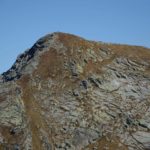 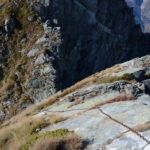 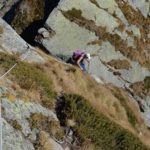 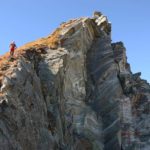 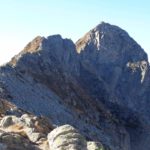 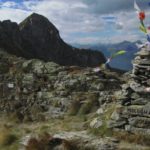 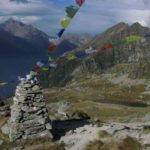