The Ferrata Gerardo Sega is a very characteristic via ferrata that extends mainly along two exposed but not difficult ledges inside a rocky amphitheater near Monte Baldo. At the end, the Ferrata presents a couple of slightly more difficult points, although the difficulties remain modest. Ideal as a via ferrata in mid-season.

The starting point of the itinerary is the Monte Baldo Hut car park (1120 m) which can be reached by a narrow paved road going up from Avio towards Monte Baldo. As you climb the winding road you will notice a deviation to the left for Madonna delle Nevi with a downhill road. We take it and follow it all up to the hut from which the path starts.

From the hut we follow the path CAI 652 downhill for about 10 minutes to a marked saddle where we follow for Avio and Valle dei Molini. We continue on this shady path until we reach a saddle (40 'from the parking lot): CAI 652 will continue to the right going down towards Avio. We continue on the CAI 685. In short we will have to ford the Aviana torrent helped by a simple bridge of the monkeys with two stretches of rope. We will pass near the beautiful waterfall of Preafessa then the rocky amphitheater where the Ferrata Gerardo Sega takes place. In short we arrive, after the last few meters of trail to a rocky ledge towards left. The we walk reaching, under huge yellow roofs, the beginning of the Ferrata Gerardo Sega with the slab where it is advisable to put the harness (1h 15 'from the parking lot).

We go up some rocky steps after having covered a ledge covered by a rocky roof. This unaided stretch is easy and leads us to a metal ladder of about ten vertical meters at the beginning more supported in the last meters. After the staircase we go up a sandy ramp. We go up some rocks and we are on a panoramic terrace beyond which one of the characteristic passages of this route starts: a long horizontal ledge. The ledge seems to have been dug by nature to allow the comfortable passage of the hikers. Except for a few stretches, despite exposed, it presents no difficulty. We go around the wall and climb up a rocky ramp that leads us to a downhill in the woods. Let's face a couple of simple rocky jumps and then continue into the woods. We go around a couple of exposed sections and then reach a wide and long ledge, very panoramic and characteristic but without technical difficulties technical. . We leave the rocky environment and return to the woods to reach a rocky cliff that we climb with the help of two useful nails for our feet and reach the book of signatures.

We now go up a short, very steep section in the woods (be careful because it is slippery) we reach the last stretch of the road. We have to face a vertical wall very well gripped enabling us to climb nicely. We continue on a transfer path and reach a not particularly high rocky dihedral but surely the most difficult part of the route. After this stretch the equipment ends and after a couple of minutes of ascent we are at the end of the road (1h 30 'from the start - 2h 45' total).

At the end of the via ferrata we go down a wide downhill path. When we graft we keep to the left and then arrive at a junction with a forest road. On the right rises the CAI 653 in the direction of Passo Cola. We keep CAI 685 towards the Madonna della Neve. In short we go out of the woods and we are in the valley that we have traveled with the car in the direction of the Monte Baldo Hut. We walk down the forest road until we reach the Madonna della Neve and continue to the Monte Baldo Hut and then to the car park (1h from the end of the ferrata - 3h 45 'total).

The Ferrata Gerardo Sega would be easy to classify but the last two sections - a vertical wall and a dihedral - slightly raise the degree of difficulty. It is a type of itinerary that can lend itself well to newcomers and mountain experts who want to try an aided itinerary. The environment is very suggestive and never presents noteworthy difficulties. Beware of the debris that can fall from those who travel over the via ferrata above us. The helmet is a must in this itinerary.

The Ferrata Gerardo Sega extends in the Monte Baldo massif, an area in which athletics also extends Ferrata delle Taccole. This second one however has a long approach and will probably be difficult to combine with the Gerardo Sega on the same day, except if you use the Prada-Costabella cable car.

A route that is certainly easier to combine is to go back from Avio to Mori and follow the path Ferrata Marangoni exposed and moderately demanding. If you wanted to take a quieter but very scenic route, you could go down to Verona to take the Aided path of Val Sorda.

Traccia GPS per Ferrata Gerardo Sega. Itinerary: as per description above. 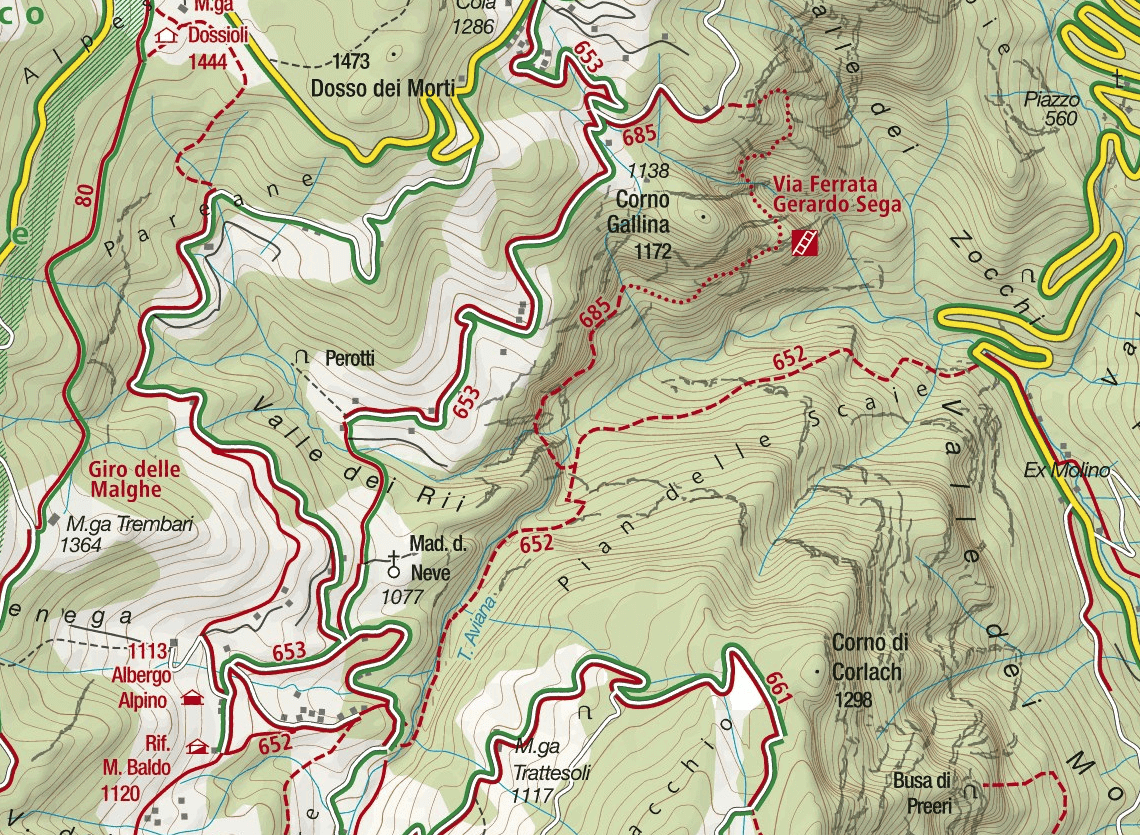 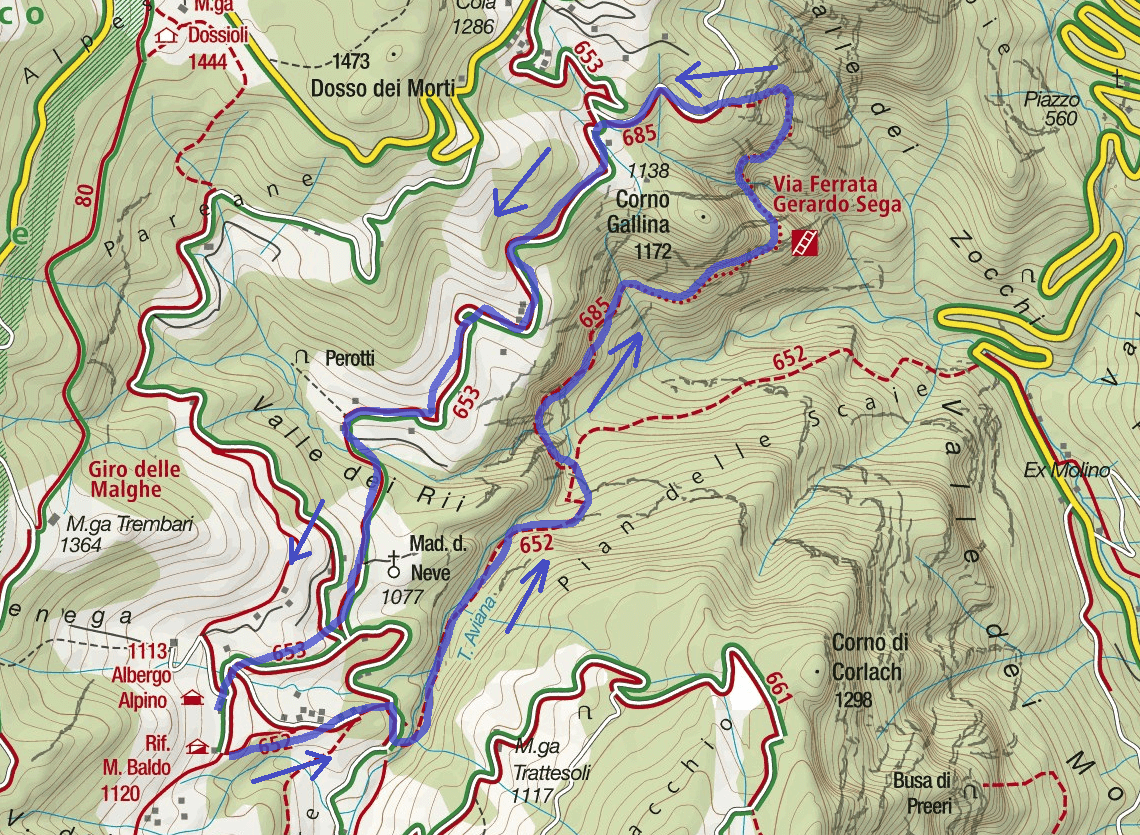 Images Ferrata Gerardo Sega. The images included in the report were sent to us by the users of the site. If you are interested in sending us photos, use the form on the left or send them to our Facebook page. 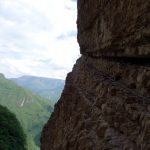 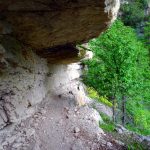 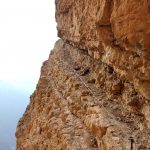 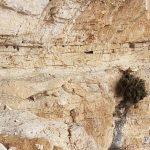 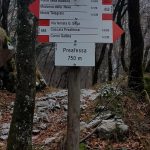 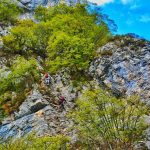 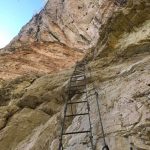 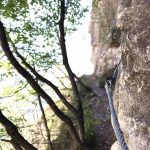 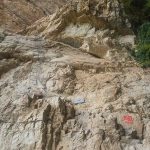 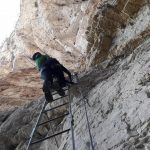 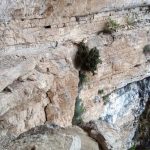 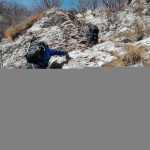 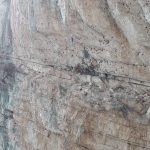 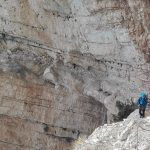 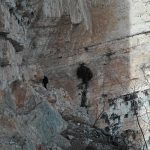 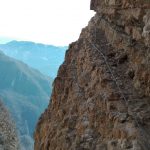 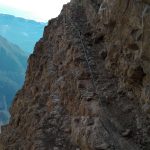 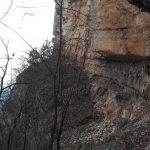 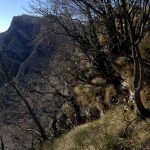 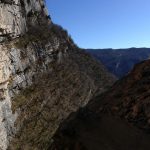 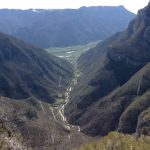 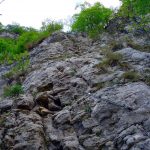 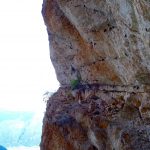