Ferrata at the Gran Paradiso

The new Ferrata al Gran Paradiso is a section of the itinerary that connects the Laveciau glacier to that of the Gran Paradiso in the context of a high mountain trip that will take us to reach the top over 4000 meters. This is an itinerary that should not be underestimated, regardless of the difficulties of the aided section. The glacier kit with crampons, pickets and safety ropes is required.

The starting point of the itinerary is Breuil just above the hamlet of Pont in Valsavarenche in the province of Aosta. You will find a comfortable and large parking lot from where you take the path that leads to the Gran Paradiso. Directions for Google Maps available here.

Ascension to the Gran Paradiso includes as a first step the Vittorio Emanuele II hutFrom the car park (approx. 1960 m) go up the obvious path until you pass a bridge over a stream where we will consider whether to continue along the wide hunting route (low slope but longer) or if you take a steep trail to the left path that between rocks and exposed stretches saves us half an hour on the way. Both paths rejoin out of the woods. We go up a restored mule track and reach the slabau where the hut rises with its characteristic shape as an hangar (2732 m - ca 2h 30 'from the parking lot for a difference in altitude of about 745 m and about 5 km of walk). In undertaking this long trip, it is certainly advisable to spend the night at the hut and break the long itinerary in two days.

From the hut, climb the traces of the normal route to the Gran Paradiso that start behind the hut. In about 20 minutes you reach and passes a glacial stream that descends from the Gran Paradiso glacier. Go up the sharp moraine along a well beaten track until you meet a rocky wall that initially takes a moment of apprehension then you notice on the right a passage that on rocks allows you to go up the rocky cliff and continue along a track marked by cairns. You then come to a multilingual sign indicating the via ferrata.

The Ferrata goes up the rocky wall that from the glacier and reaches the donkey's back where the paths that then through the normal route lead to the top of the Gran Paradiso join. The ferrata runs along a ridge with wire ropes. Go up some exposed sections of traverses and short vertical walls which runs on the ridge. Pay attention to a couple of sections where the rope and the brackets are often covered by frozen snow even in late season. Talking about the aided secitons, the difficulties I'm limited and and the aiding equipement is excellent. We find some aided slabs, many I'm ridge sections long broken rocks and easy jumps. It worth mention a with an horizontal traverse under a roof. At the end of the via ferrata we reach the famous donkey back or the area where the climbing routes from the Chabod hut join and the one that goes up from the Vittorio Emanuele II. Along the ferrata it is visible the glacier with the normal route generally used for the return.

From the donkey's back, you go up a few slopes of snow, you arrive near the glacial summit cirque that we will have to walk in a semicircle. Once you have traveled, you reach a last crevasse and then the summit ridge. Here we deal with a section composed initially of very exposed rocks, then a narrow ledge exposed on the Tribolazione Glacier in a passage that is not technically difficult but fueled with adrenaline and soon we reach the Madonna indicating the summit (4061 m).

The descent from the summit of the Gran Paradiso occurs through the normal route that crosses a glacier where crevasses are present which force a constant zig zag. From the glacier backwards along the forward path to the Vittorio Emanuele II hut (8h from the start - 11 km round trip from the hut) and then back to the valley.

The via ferrata section of the reoute is indicated in the initial sign as Extremely Difficult. However the technical difficulty of the via ferrata is to be considered moderately difficult but this should not mislead. The difficulty of the itinerary is the high mountain environment with alpine characteristics. It is not to be excluded that sections of wire rope or equipment are buried by hard snow and therefore it is necessary to use crampons and ice axes. Therefore it is correct to classify it as extremely difficult and to assume that those who follow it have experience and knowledge of this type of environment. The equipment is new and in excellent condition.

Travel times are not indicated since this varies considerably from too many factors (experience, ice, crevasses, etc.). Approximately 8h per round trip from the hut.

The itinerary that runs through the Gran Paradiso Ferrata is a long, high mountain route that reaches a 4000m peak and therefore cannot be combined with other via ferratas in a short time. If you want to stay nearby in the adjacent days there are several via ferratas in less alpine contexts: the Via Ferrata Casimiro, the Via Ferrata Marguerettaz, the Ferrata to the Mont Chetif and many others.

Ferrata Images at the Gran Paradiso. The images included in the report were sent to us by the users of the site. If you are interested in sending us photos, use the form on the left or send them to our Facebook page. 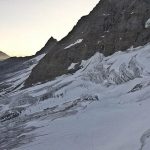 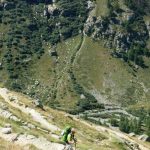 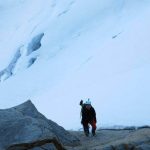 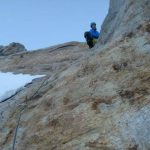 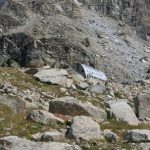 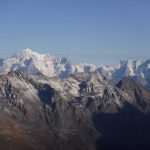 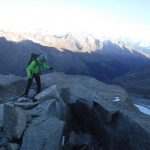 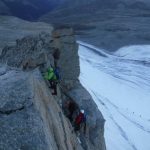 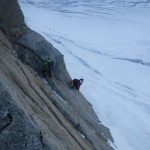 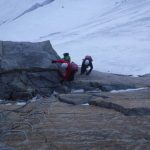 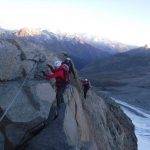 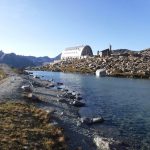 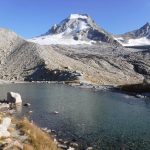 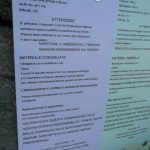 Ferrata Weather at the Gran Paradiso in Pont (Aosta).