Review of the ferrata that, near Iglesias, rises the gorge of the Gutturu Xeu. Medium difficulty itinerary with equipment in a good state of maintenance. Rather exposed ferrata with adrenaline downhill rope.

The starting point of the itinerary is Iglesias in Sardinia. Once in Iglesias, go along Via Cavalier San Filippo until the end and then turn left onto Via Falcone, then turn right at the first route onto a narrow but paved road. Follow it for 1.5 km until you see a dirt road on the right that goes up. Follow it for a few hundred meters until you reach the beginning of the path marked by a bar.

From the parking lot we will follow a mule track that leads to the ancient iron mine. Follow the wide path that in about 20 minutes takes us near the mountain massif on which it extends. To the left of a small cave you can see the metal equipment of the via ferrata (20 'from the parking lot).

At this point we can evaluate whether to take the left or right variant. The routes are technically similar. The one on the right attacks slightly higher and you will have to climb a few meters free without protection. Both routes end with a descent of about 30-40 meters to be carried out on a double rope (having a descender brake, lanyards and double ropes).

The left Ferrata attacks near a cave that served as a mining gallery. We pay attention to follow the stone little man who leads us on a ledge from which the via ferrata begins.

We start with a series of stepped steps to the right without difficulty and then continue more vertically between rock and Mediterranean vegetation. We move to the left in the direction of a reddish gully which we ascend vertically into beautiful climbing. We continue on an id trail equipped with easy jumps up to a vertical wall near a corner. We stand on the left side of the wall and go up vertical using the many changes present. Without substantial difficulties we finish the wall we move to the right, rounding a corner and in short reaching the end of the via ferrata.

The descent can take place backwards for the via ferrata or by abseiling, which will lead us to the base of the road near the attack of the next via ferrata.

As mentioned in the paragraph on the approach, the right via ferrata sees the equipment start a few meters higher than the path. A couple of trees can be used to reassemble these few meters and without excessive technical difficulties the metal cable is reached. We start on easy equipped jumps moving to the left up to a vertical wall where the cambres present help the progression. We continue vertically gaining meters up to a comfortable terrace. The route resumes on very rich rock of holds and stepped up to a new vertical wall again equipped with abundant cambres. We climb vertically on the plate, moving gradually to the right. The way is in this section decidedly exposed but not difficult. Then we reach an earthy ledge.

We follow the downhill equipped ledge to the right. We follow the cable and some change until we reach a traverse downhill with good support for the feet. We go around an exposed edge and, following the descents, we reach a exposed traverse to the right where we walk on the void. The traverse is airy but not difficult thanks to the many changes. We finish the traverse of about thirty meters reaching an earthy ledge where we meet the book of signatures.

We continue on the equipped path among the Mediterranean vegetation going up on plaques resting up to reach a dihedral where we will stay on the left side going up using the cambre present. Although this step is not difficult, it is more athletic with the spacing rather spaced and the cable slightly overhanging. Once the first part of this wall is finished, the difficulties are lowered and we continue on the low wall of thirty meters following the many cambra present reaching the end of the via ferrata.

The descent, as in the case of the previous via ferrata, can take place backwards or through dropped into a double rope.

After completing the descents in repell, go back along the path of the outward until you reach the car.

Two ropes of at least 40 m are required to be able to abseil from the end of the via ferrata. Therefore also carry a brake and self-locking cord for this maneuver. Sometimes it is possible to use a zipline that the local group of enthusiasts has installed.

From Iglesias marrying towards the coast we can go along the magnificent trip ascending to Pan di Zucchero. Moving northwards, Sardinia offers many interesting aided routes: the recent one Ferrata Regina, the Ferrata del Giorrè, the Ferrata of Badde Pentumas, the Via Ferrata degli Angeli on the island of Tavolara and further north the Ferrata del Cabirol.

Traccia GPS per Ferrata Gutturu Xeu. Itinerary: as per description above. 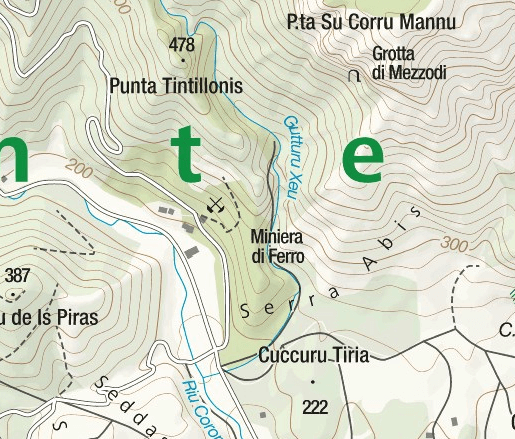 Images Ferrata Gutturu Xeu. The images included in the report were sent to us by the users of the site. If you are interested in sending us photos, use the form on the left or send them to our Facebook page. 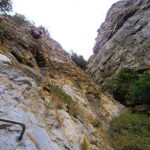 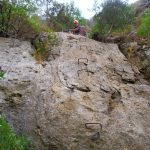 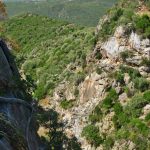 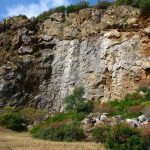 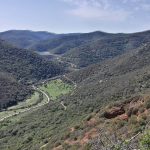 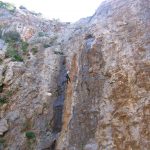 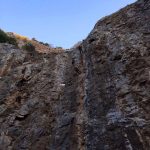 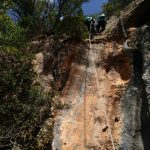 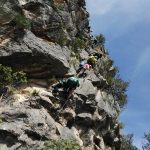 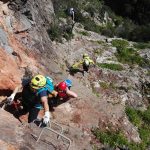 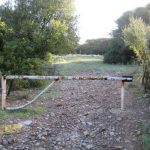