The challenging Ferrata Hoachwool extends on a steep wall above Naturno. The via ferrata is very athletic and varies by combining several passages on slabs, cross traverses, dihedrals and rocky jumps alternating them to give rhythm to this intense climb. The rock is very compact and smooth resulting in a high effort during the climb. Attention to low altitude and exposure in the summer months.

The starting point is the valley station of the Unterstell cable car in Naturns in the province of Bolzano. Once in Bolzano we take the highway that leads us to Merano from which we take the state road that leads to Stelvio exiting at Naturno and following the directions for parking the cable car. Directions for Google Maps available here.

The Hoachwool Ferrata starts with a brief crosswise on a trunk and then on rock that allows us to continue on a ledge on the edge of the Senales torrent until we reach a rock gym. We continue uphill on the path in the woods following the signs no difficulty and metal equipment. We climb two wide metal steps and we find ourselves under a smooth slab to climb up without being able to climb, given the lack of rock holds. We reach a metal bracket with which we get out of this first challenging stretch. We continue on an easy aided path that does not present any difficulty alternating with stretches of easy traverses and a couple of short slabs alongside the stream. These smooth strokes will help us to understand how the rock is smooth and difficult to climb. We are now near a long Tibetan bridge three-stringed enough swinging in which you need a safe and calm foot to cover it completely (30 'from the start).

After the adrenaline crossing of the bridge, we cover a short ledge to the right that leads us first to a panoramic balcony and then after the start of a vertical wall and again smooth with a few holds that after the first vertical meters bend to the left. We climb this wall and after stopping on a panoramic terrace we climb a second wall, this time more supported than the previous one. Now the equipment ends momentarily and we cover a stretch of path in the wood and then a stretch of path on rock in slight slope with insurance on our left. We continue on the way reaching now a rocky cliff in slight overhang that requires good agility and strength to go up a ledge beyond which we now begin to go up a sloping slab where we see on the right a characteristic sign that asks us for a state of form, despite the lack of an escape route.

We go up this smooth and demanding slab where we will proceed in adherence with increasing exposure. We go up the slab that takes us after a short dihedral to face one ladder made up of ropes and sleepers. Once up the ladder we proceed diagonally on a particularly smooth slab where a handle can be very useful for both hands and feet. In short we are at a characteristic traverse where some long metal spikes alternate with more conventional brackets that allow us to get around the exposed wall. After the first few meters horizontally the traverse rises slightly to bring us to a stopping point beyond which it continues on shelter features of wood forming part of the old irrigation system. This singular passage definitely reduces the difficulty of the sideways, which on this side would have presented us also a couple of overhanging points. Finished these shelters, we go around a haughty and we start again with a short traverse that gradually widens the base for the feet and becomes an inclined ramp being able to also enjoy the panorama below (1h 30 'from the start).

We continue now going up a difficult vertical passage followed by a series of vertical jumps quite challenging but where you can find good grips in some places and try not to tire your arms too much. We cover a short ledge beyond which begins a very challenging stretch of the route. We climb a smooth vertical slab beyond which we cover an exposed side to the left and first diagonally and then vertically we climb up an exposed and challenging wall which nevertheless offers some good holds. We go up this wall with some good metal brackets and finally we go up an unmarked dihedral until we reach a balcony with a bench.

We now walk along a stretch of path and proceed along a couple of vertical jumps, traverses and some fairly challenging rocks due to the lack of holds. In some cases there are brackets that help us. We continue uphill reaching the book of signatures - be careful not to misunderstand its presence, there is still a lot missing at the end of the ferrata. Let's face one series of slabs with slits that require strength in the arms to be overcome. We face a couple of vertical leaps and reach a grassy terrace where we can catch our breath.

We go up a decidedly challenging diagonal stretch and climb up a last aided vertical section with metal brackets we go out on a series of easy rocks where with a summit path we reach the end of the via ferrata (3h 30 'from the start - about 4h total).

The Ferrata Hoachwool is a challenging, physical via ferrata that requires commitment and concentration for 3 intense hours. The itinerary has different types of passages that make it varied and interesting, despite the high number of points in which due to the type of rock and passages it is not climbable.

The Tibetan bridge is one of the longest in Italy built with 3 strings and certainly one of the most rocking, especially in case of wind. Notwithstanding the low technical difficulties that a Tibetan bridge presents, this bridge certainly requires a steady step, a decision and calm in crossing it. However, it must be emphasized that the cables with which the bridge extends (and in general the via ferrata) are of good diameter. You can also avoid following it, but the point at which the route proceeds in that section is subject to discharges and therefore to be avoided, if possible.

The last note on the western exposure of the ferrata which, added to the low altitude at which it extends, make it particularly warm in the central hours of the day in summer and therefore not advisable.

As mentioned above, it is possible to follow the easy Ferrata Knott before returning to the valley. If you wanted to take a second route aided after having traveled the Hoachwool, you could proceed towards Merano where there is the Via Ferrata Heini Holzer, a route of medium difficulty which, however, is part of an average itinerary and therefore time on the day may not be enough.

Going up the valley in the direction of the Stelvio you could stop in Solda to cover the difficult via ferratas Tabaretta and Croda di Cengles. These are itineraries to be undertook only if well trained and with experience of high mountain routes. Along the Stelvio pass state road it is also possible to reach the Ferrata di Trafoi in the omonym village. Close to Merano a new via ferrata has been installed in 2020: Ferrata Ziel.

Going down in the direction of Ora you could also go the easier Ferrata Mendola at Roen. If we instead drive to the Val Passiria, we can reach the recent Ferrata of Stuller Falls.

Traccia GPS per Ferrata Hoachwool. Itinerary: as per description above. 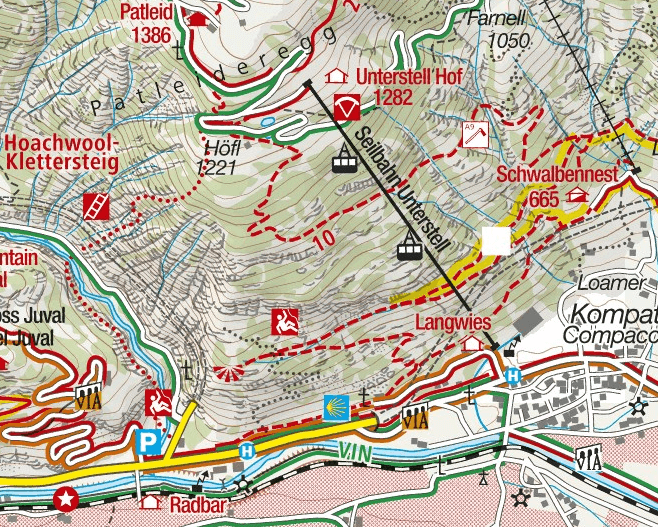 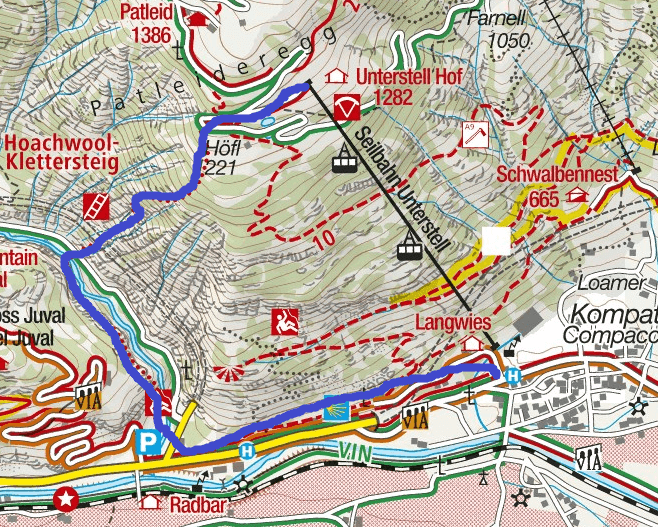 Images Ferrata Hoachwool. The images included in the report were sent to us by the users of the site. If you are interested in sending us photos, use the form on the left or send them to our Facebook page. 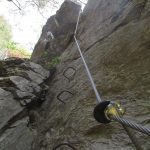 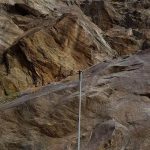 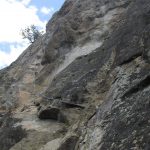 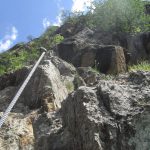 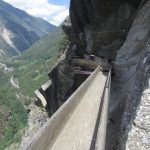 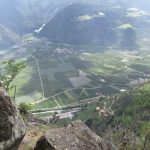 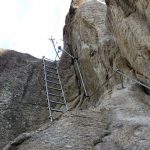 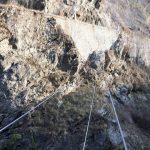 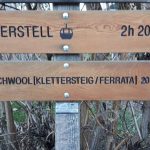 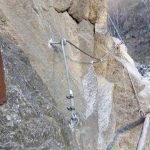 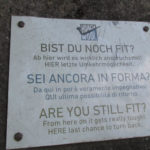 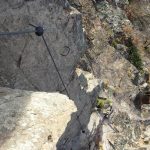 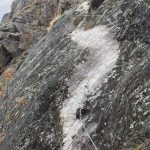 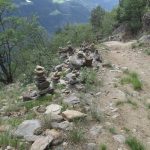 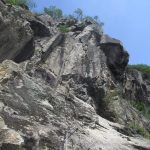 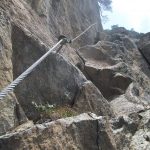 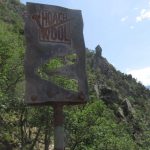 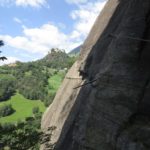 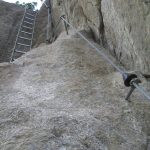