Review of the itinerary ascending to the Creta di Aip from the Austrian ferrata Uiberlacher. Medium difficulty itinerary with long approach.

The starting point of the Ferrata Uiberlacher itinerary on the Creta di Aip is the Cason di Lanza Pass (1552 m) in the province of Udine. The pass can be reached both from Paularo and Pontebba with an approximately equal distance in both directions. The conditions of the asphalt road are generally better going up from Pontebba. Pontebba is easily reachable with the A23 from the homonymous exit. Once in the village we must follow to Studena Bassa and continue on the road that runs along the valley for about 13 km up to the pass. Ample parking space with the possibility of both board and lodging. Directions for Google Maps available here.

The goal of our approach will be the grassy saddle east of Aip Crete from where the Uiberlachersteig Ferrata begins. To reach this saddle from the Cason di Lanza Pass (1552 m) we begin climbing the forest behind the large dairy. Climbing along the forest we will notice the signpost 439 which comes off to the right near a hairpin bend. Let's start now to rise more decisively towards the Casera di Val Dolce we reach in about 30 minutes. Clearly visible Creta di Aip straight ahead of us. We return to the previously abandoned forest where we remain until a signposted junction (1750 m - approx 1h from the parking lot). We follow the path which now rises decided in the direction of the eastern and southern wall of Aip Crete. Turning around we will notice on the opposite side of the valley la massive silhouette of the Zermula. We reach the base of the high walls and we reach a signposted junction where is it, to the left, you can reach the start of the Ferrata Crete Rosse (read report here). We ignore this saddle and continue uphill to the saddle to the right of the Crete of Aip (2017 m). Here we are now in Austrian territory if we follow the path to the north up to a signposted junction where the path 413 detaches to the left with clear indications for the via ferrata. Now we climb steeply uphill along the path that cuts through the east face of Aip Crete. We reach a hairpin bend on the path where it is convenient to wear the harness. We climb a new hairpin following signs rossoblu and here we are atstart of the Ferrata Uiberlachersteig near a ladder and a marble slab (2h 45 'from the parking lot).

We go up a couple of steps and we reach the metal ladder with which the via ferrata begins. After the lineup we follow a exposed stretch of aided path that runs through one ledge to the left. We climb facing some rocky steps with which we bend towards the left towards a valley. We climb some rocks and then we start to climb the base of the gully on the left side always protected by the metal cable to notice a red arrow on a big stone which tells us to pass on the opposite side of the canyon.

We climb a series of supported rocks and reach a point where the equipment ends momentarily. Turning around we see clearly the arrival of the cable car that goes up the Austrian side. We follow the track between rock and climb some easy unprotected rocks towards a dihedral. The cable rises to the right of the dihedral rather supported and a metal ladder rises to the left side. Let's go up the ladder and at its exit we meet a series of metal handles with which we climb the upper part of the dihedral. The cable bends to the right inside a groove inside which one rises new metal staircase. We go back up and go out on the right side of the gully. We climb a series of aided rocks and, following the red-blue or white-red-yellow signs, we begin to climb a series of rocks now not aided but not difficult. We reach an aided stretch inside a easy chimney that we go up on the right side. The cable continues to the right on some rocks. The cable ends now and we follow a stretch of path at high altitude among stones and grassy sections. Following theobvious trace we reach the large metal cross of the Crete of Aip (2280 m - 1h from the start - 3h 45 'total).

From the peak we follow the indications for the Rattendorfer Alm with trail marker 416. We follow the signs and the track that descend towards the southwest. We continue on the slabau following the track until we reach about 200 m below the summit a series of steep passages that lead us into a gully that we must descend with a rather vertical aided section. Descending this stretch we continue downhill grafted on path 403 (45 'from the summit). At this point we could go back down the path 439. We opt to follow the west direction path 403 that without difficulty with a stretch of panoramic trail leads us to Sella di Val Dolce (1781 m - 45 'from the junction). At this point we take path 458 on the left which descends to the Casera del Cason di Lanza (1522 m - 45 'from the saddle - 2h 15' from the Creta di Aip - 6h total).

The Ferrata Uiberlachersteig is a medium difficulty via ferrata that climbs from the Austrian side of Crete to Aip. For large stretches it is perhaps more similar to a path aided with only a couple of vertical and challenging passages. Long approach in beautiful environment. A stretch in which to pay attention the descent from the Aip slabau of Crete in case of slippery terrain, as well as in case of fog the orientation may not be trivial.

Wanting to stay in this area of the Carnic Alps, from the Passo del Cason di Lanza you can reach it Zermula with the Ferrata of the Friends of the Montain or go up to Zuc della Guardia with the Ferrata degli Alpini. 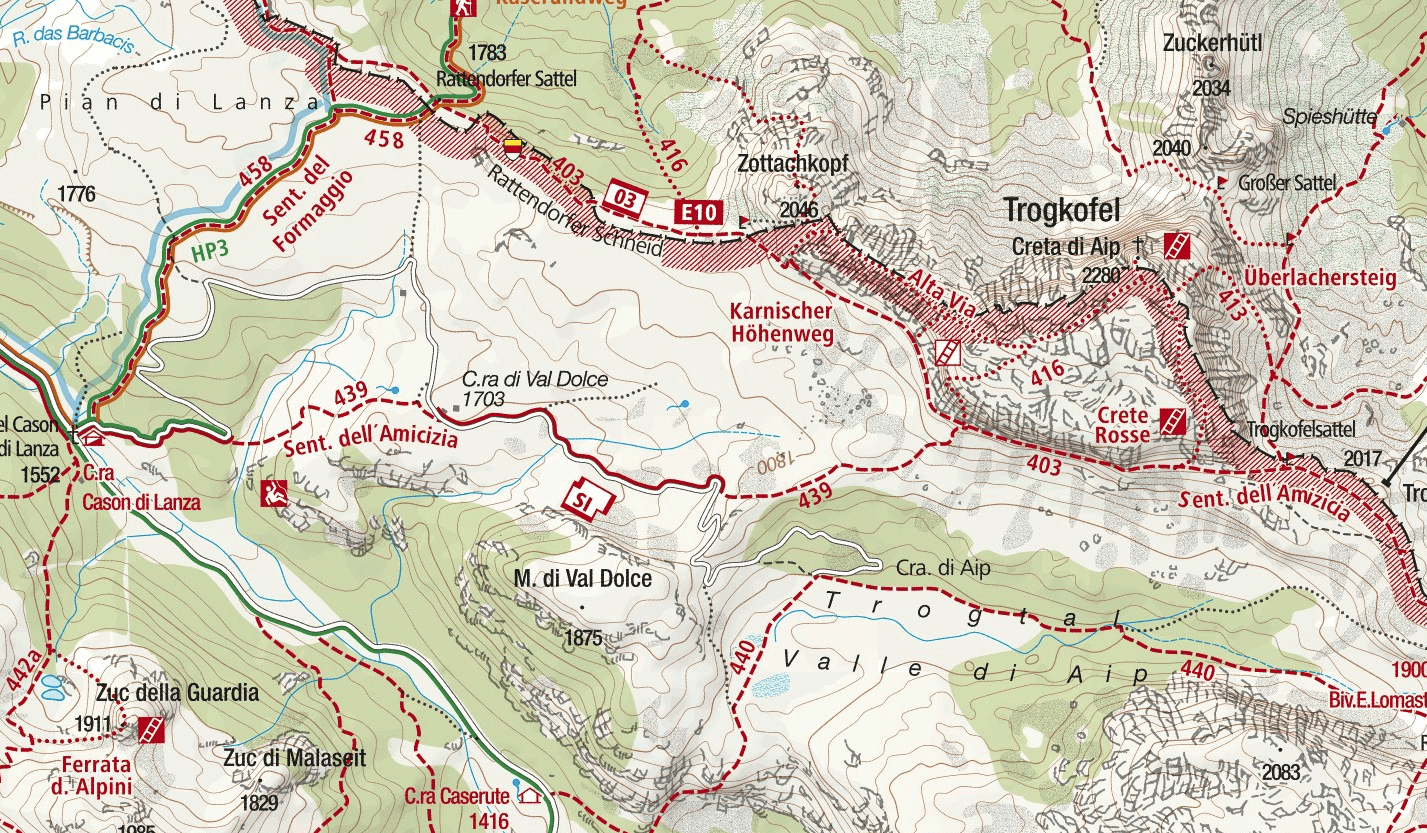 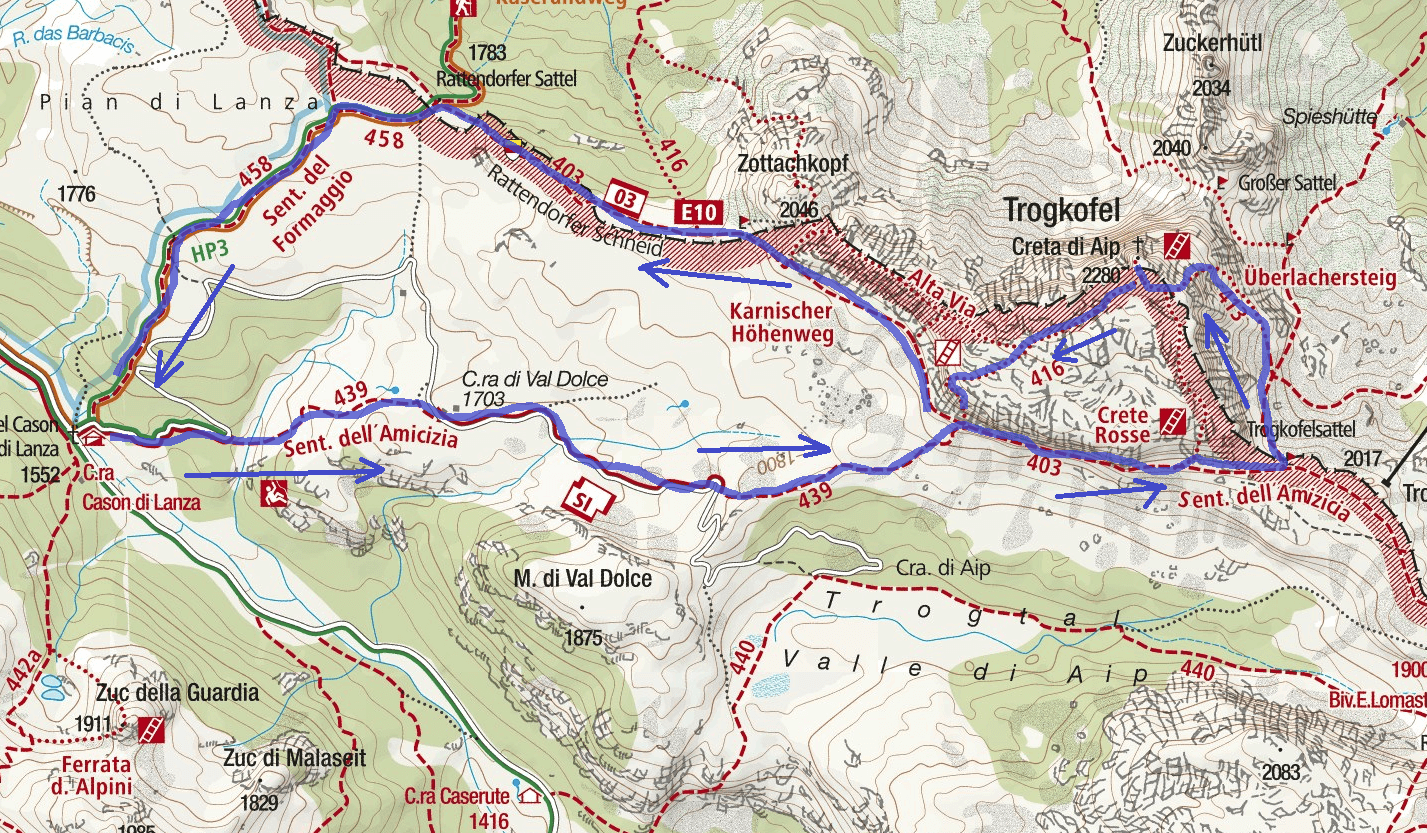 Images Ferrata Uiberlacher. The images included in the report were sent to us by the users of the site. If you are interested in sending us photos, use the form on the left or send them to our Facebook page. 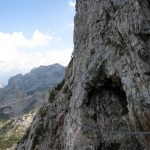 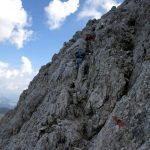 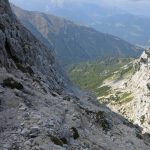 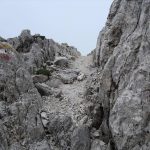 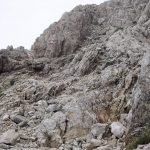 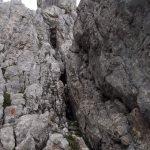 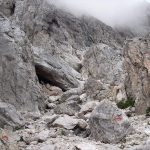 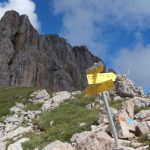 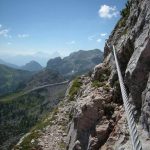 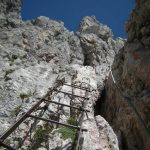 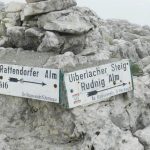 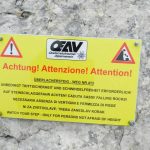 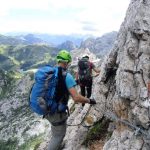 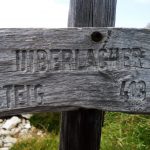 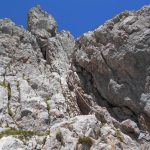 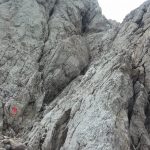 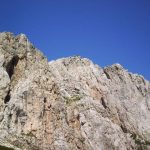 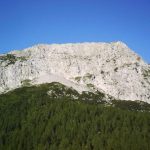 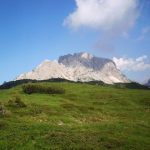 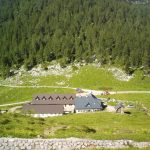 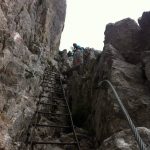 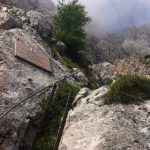 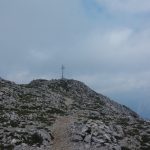 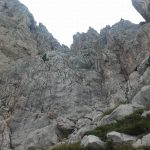 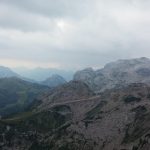 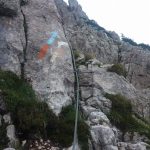 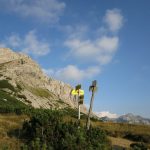 Webcam Ferrata Uiberlacher in the Austrian Cableway in Crete of Aip.

Webcam in Austrian Cable Car in Crete of Aip