Via Ferrata at Pizzo Andolla

The Ferrata del Lago is a high mountain via ferrata built near Pizzo d'Andolla. It climbs to Sonningplass where there is the border between the Italian and Swiss sides. You could consider taking the via ferrata on a two-day itinerary, staying at the Andolla hut or at the Varese shelter.

The starting point of the itinerary is Alpe Cheggio in the province of Verbania. To reach the destination, go up the Sempione state road to Valdossola where you turn left to cover the entire Antrona valley until you reach Alpe Cheggio. In the village we will have to go and park near the horse dam, visible on the left side of the road when we reach the village. There is a large open space on the dam to park.

From the dam go up the path that goes up the orographic left of the lake lake towards the Andolla Hut. Climb back up and down until you reach a bridge and continue to climb. You reach the Scanach mountain pasture where there is a saddle: ignore the path that continues to the right. Continue through the mountain pastures to a crossroads where we will keep the right with a sign for the hut. From here continue following the path towards the Rifugio Andolla (2h from the parking lot). Behind the hut, take a steep uphill path on the meadows in the direction of the Varese Shelter. We ignore the first deviation to the right for Pizzo Andolla continuing always towards the Varese Shelter which is reached after a stretch along the hillside to the left and a turn to the right following the signs on a boulder (2h from the hut - 4h total). From the shelter an aided downhill path starts where we will reach a saddle in which we will follow the red and white signs uphill along a stony ground. You then come to a snowfield, usually present even in late season, going around it to the left until you reach wall where the via ferrata begins (30 'from the shelter - 4h 30' total).

The via ferrata starts in an area that can be covered in snow until late in the season. You will notice a white slab with red and blue writing. It is a ferrata that ascends mainly diagonally from the rocks laid down with brackets in different points. The Rock is good and offers a good amount of natural holds. After about twenty minutes of climbing on laid rocks, slabs, gullies then a couple of vertical walls we reach two long stairs: the first more supported, the second more vertical. Continue on some walls, never too demanding until reaching the end of the via ferrata with a book of signatures and a slab (1h from the start - 5h 30' total).

The view from Sonigplass is exceptional. It can range from Monte Rosa to the Matterhorn up to 4000 on the Swiss side. Far below we see the Shelter left a couple of hours earlier. From here you could continue on mountaineering routes up to the Mittelruck (1st and 2nd degree on the right side generally remaining on the Swiss side) or at the Pizzo di Bottarello (3rd degree on the left side).

Go back along the itinerary of the outward journey, including the via ferrata (4h 30 'from the end of the ferrata the car park - 10h 30' total).

The snow situation varies from season to season and from the time of the year. Crampons may be recommended. Furthermore, particular attention should be paid to the weather in this area. It is a high mountain and the area is subject to rapid weather changes.

Whoever follows this long itinerary must consider it as a long trip in which the last stretch is composed of a medium difficulty via ferrata. However, the environment is high in the mountains, severe and hardly beaten so it is recommended for expert hikers. 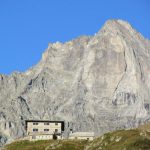 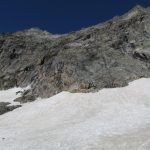 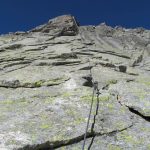 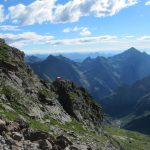 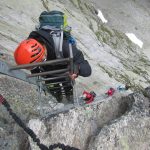 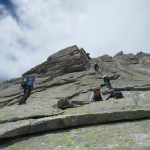 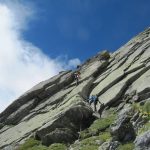 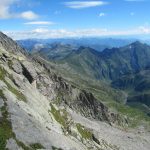 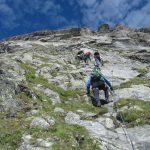 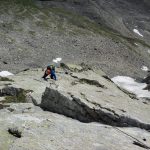 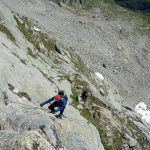 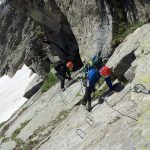 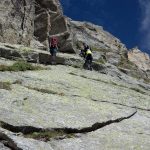 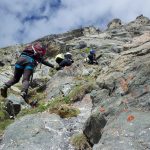 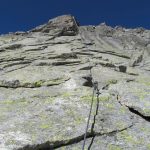 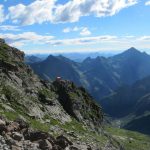 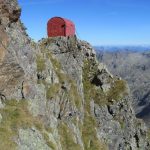 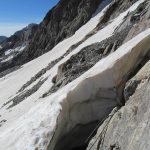 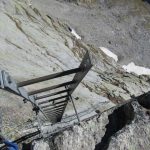 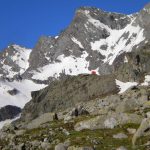 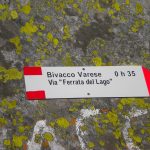