Via Ferrata of Les Cordes

Les Cordes Ferrata is a slab via ferrata that does not present excessive technical difficulties. The itinerary takes place at a modest altitude, considering the Val Badia and the other aided routes in the area. The itinerary is in many aspects ideal for approaching via ferratas in the environment. However, it has a fairly good exposure all along the route and it has a couple of moderately difficult passages.

The starting point of the Via Ferrata of Les Cordes is located in the village of La Villa Stern in Val Badia. The town is generally reachable either by descending from the north the north the whole Val Badia or by descending from the east from Passo Falzarego or from the south from Corvara. Once in the village there is a large roundabout along the Val Badia state road. Heading north, take the first left-hand side towards the Gardenaccia ski lifts. You park in the large lots and from there you undertake the climb either by using the cable car in the approach or you hike uphill.

The shortest approach is by climbing the cable car. If you do not want to use the ski lifts, from the parking lot follow the signs for path 5A which leads to Utia Sponata, a refuge at an altitude of 1703m. The refuge is actually attached to the top station of the cable car. From this point, follow path 11B which cuts southwards towards the south. We follow the directions for the beginning of the via ferrata and soon we reach reach it (15 'from the cable car - 1h 15' if the cable car is not used).

At first you go up in diagonal towards left without substantial difficulties and then climb vertically on easy jumps. The most demanding part of this way comes almost immediately. You have to climb a couple of less gripped slab and a channel where those who are not used to climbing will use the rope to progress. We talk about moderately difficult passages that should not create problems for those who have a habit of hiking in the mountains and are in good shape.

We continue on easy rocky leaps gradually moving to the left until we reach an easy connecting path. The route now continues up easy rocks, path sections and equipped jumps for about twenty minutes to the right. We travel a stretch without equipment, then a stretch of aided path horizontally before of the last wall. Let's go up one ramp to the left, then some aided jumps and, with greater exposure, an easy pilaster which leads us to the end of the equipment. We follow the path that leads us to the neighbor Gardenacia Hut (2050 m - 1h from the attack - approx. 1h 15 'from the cableway).

From the Gardenaccia Hut (2050 m) in fact you will have to return either to the station upstream of the cable car or go directly to the village. Regardless of the choice, you take the comfortable path 5 in a northerly direction which in about 40 minutes takes us to the cable car. From here we can go down to the village with the path 5A (1h 15 'from the end of the ferrata - 2h 30' in total if the cable car was used on the outward journey - 3h 30 'if the approaching cable car was not used) or with the lifts.

The via ferrata is not the classic dolomitic via ferrata that reaches a summit, but rather actually reaches a mountain hut. The via ferrata is on the whole easy with 3 more challenging points where those used to climbing will take advantage of the holds available for a tacky climb. Otherwise you will have to use the rope to win the plaque. Once we reach the refuge we have some options to lengthen and make the itinerary more pleasant and complete:

From La Villa in Val Badia you are in a strategic area if you are passionate about via ferrata. If you want to follow others Via Ferrata in Val Badia, you can head north to reach the Via Ferrata at the Sasso della Croce at the Sasso delle Dieci as well as the Ferrata at the Sasso delle Nove. These are both long but not technically difficult routes. Remaining in the southern part of the valley it is possible to undertake on the eastern side the aided path to the Piz Conturines and the Ferrata della Pace at the Vallon Bianco and the Furcia Rossa as well as reach the Dolomiti Bellunesi from the Passo del Falzarego and eventually descend to Cortina d'Ampezzo.

Finally it is highly recommended to head to the Sella Group where we can walk through the others Via Ferrata of Vallon, the Via Ferrata Piz da Lech or the Ferrata Tridentina.

Traccia GPS per Ferrata Les Cordes. Itinerary: as per description above. 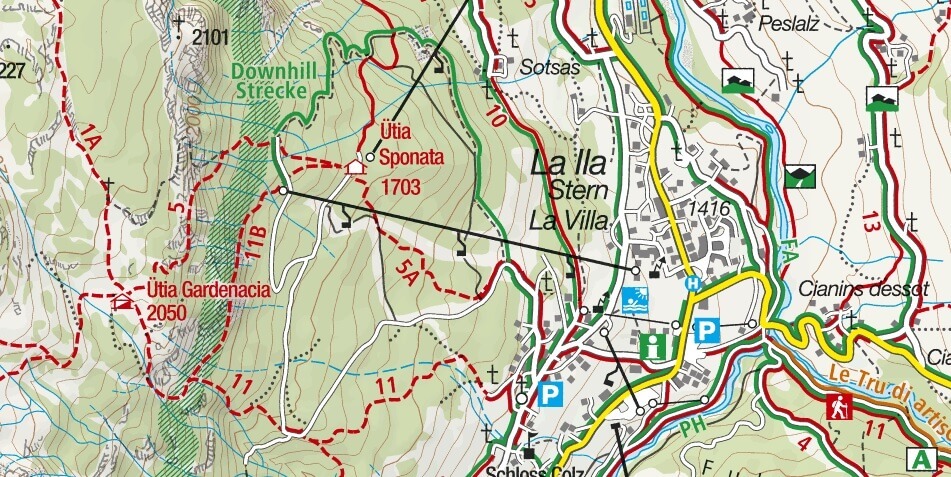 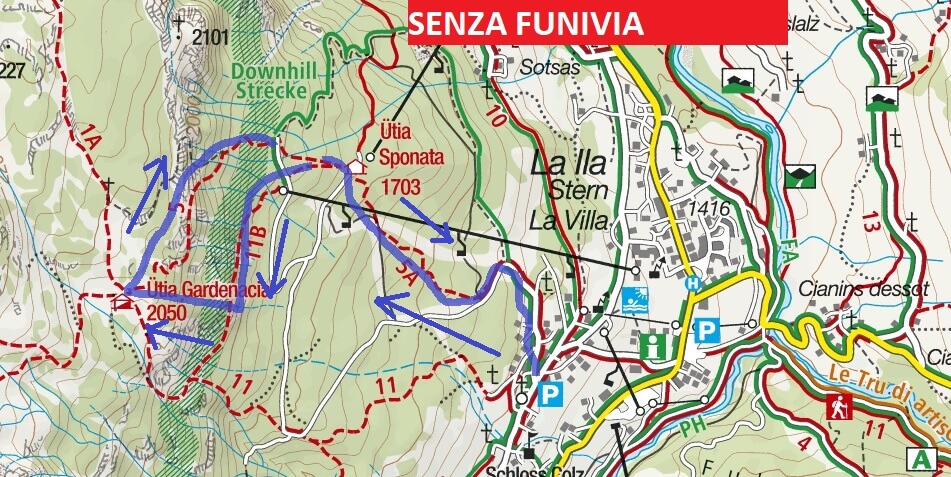 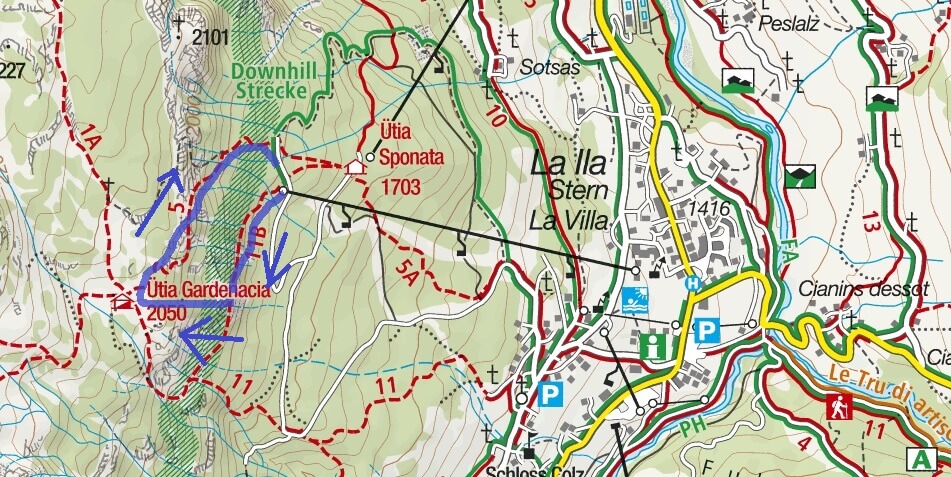 Images Ferrata Les Cordes. The images included in the report were sent to us by the users of the site. If you are interested in sending us photos, use the form on the left or send them to our Facebook page. 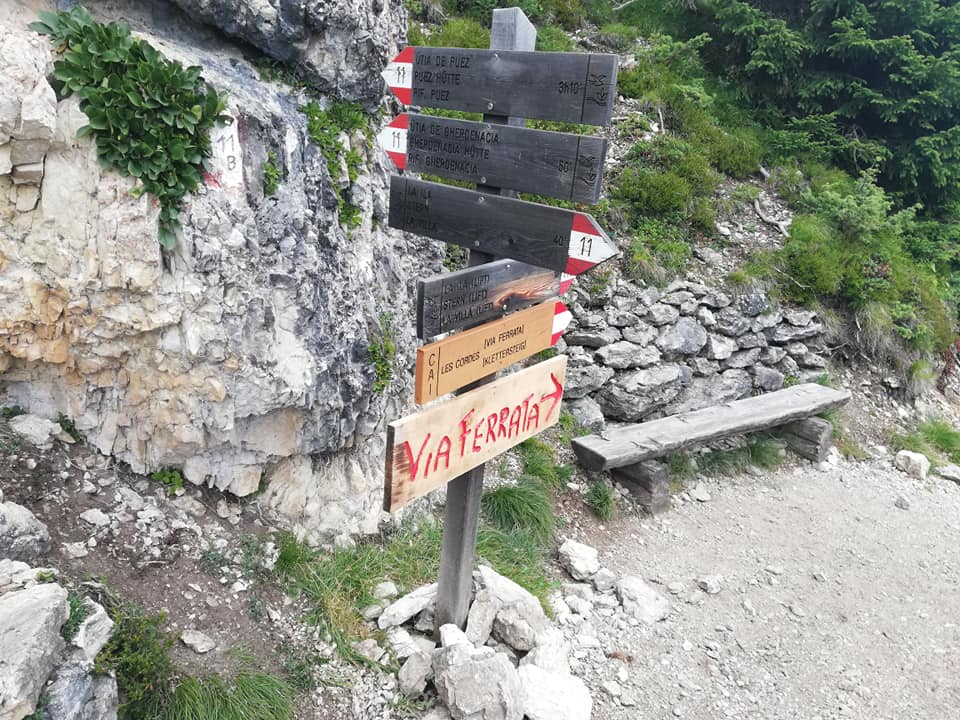 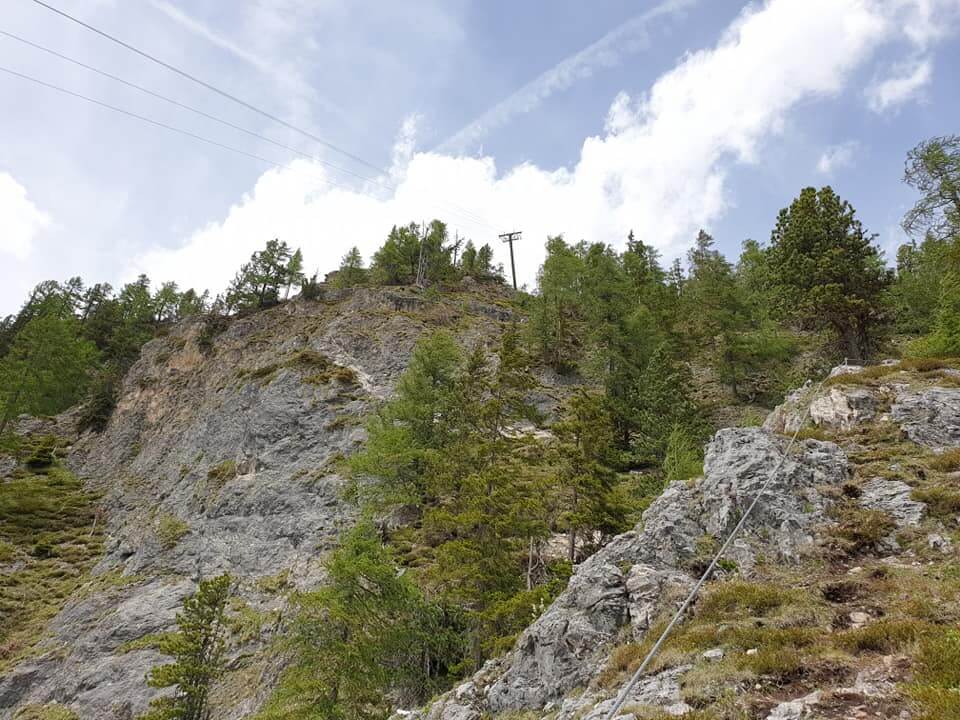 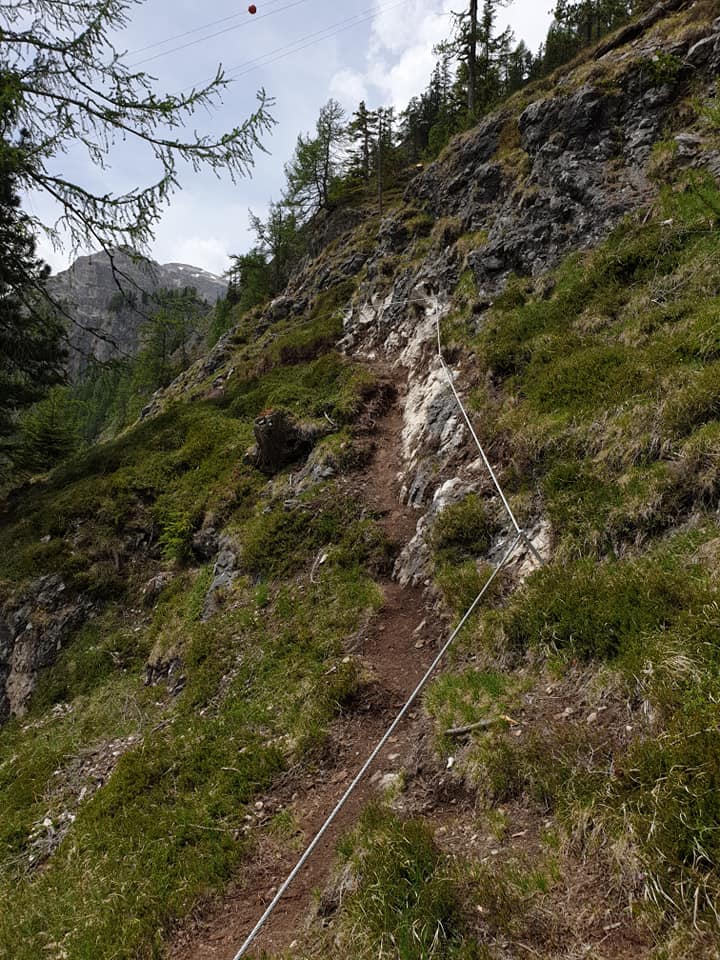 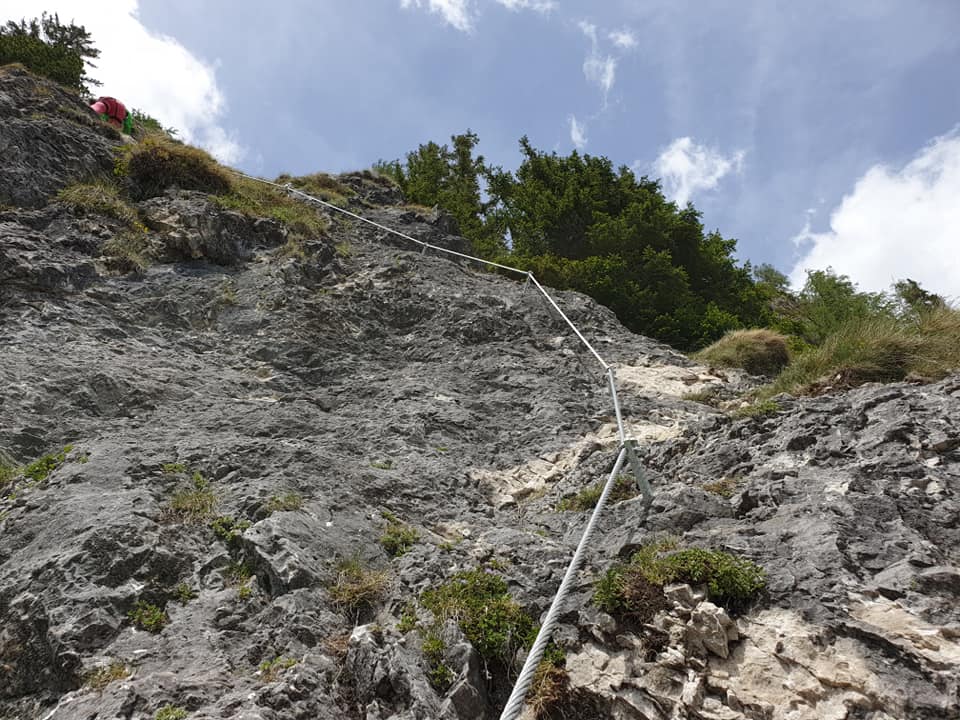 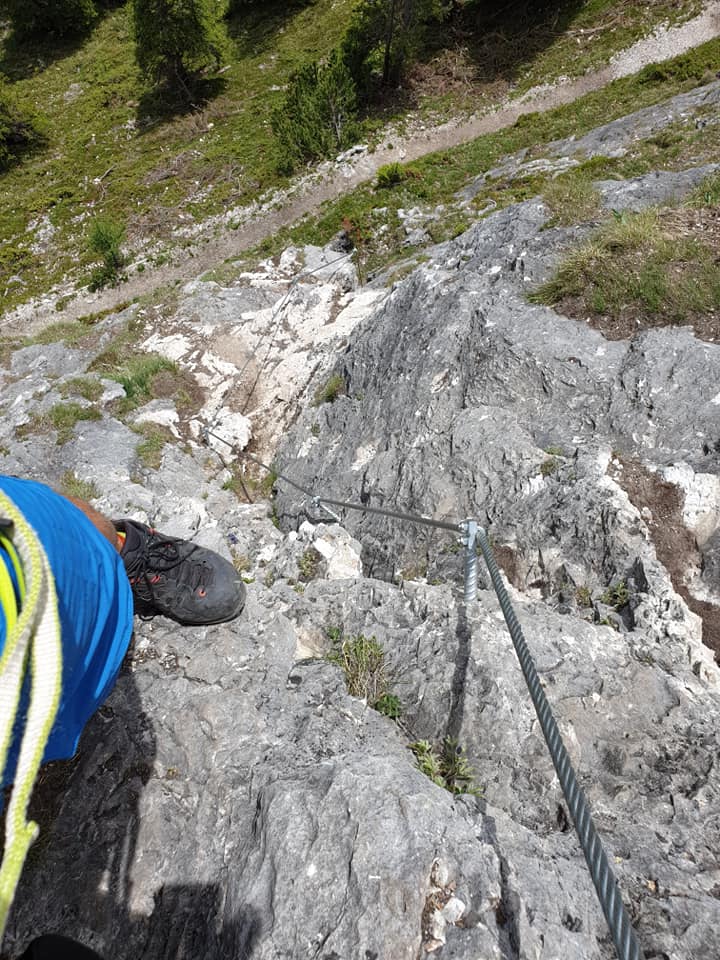 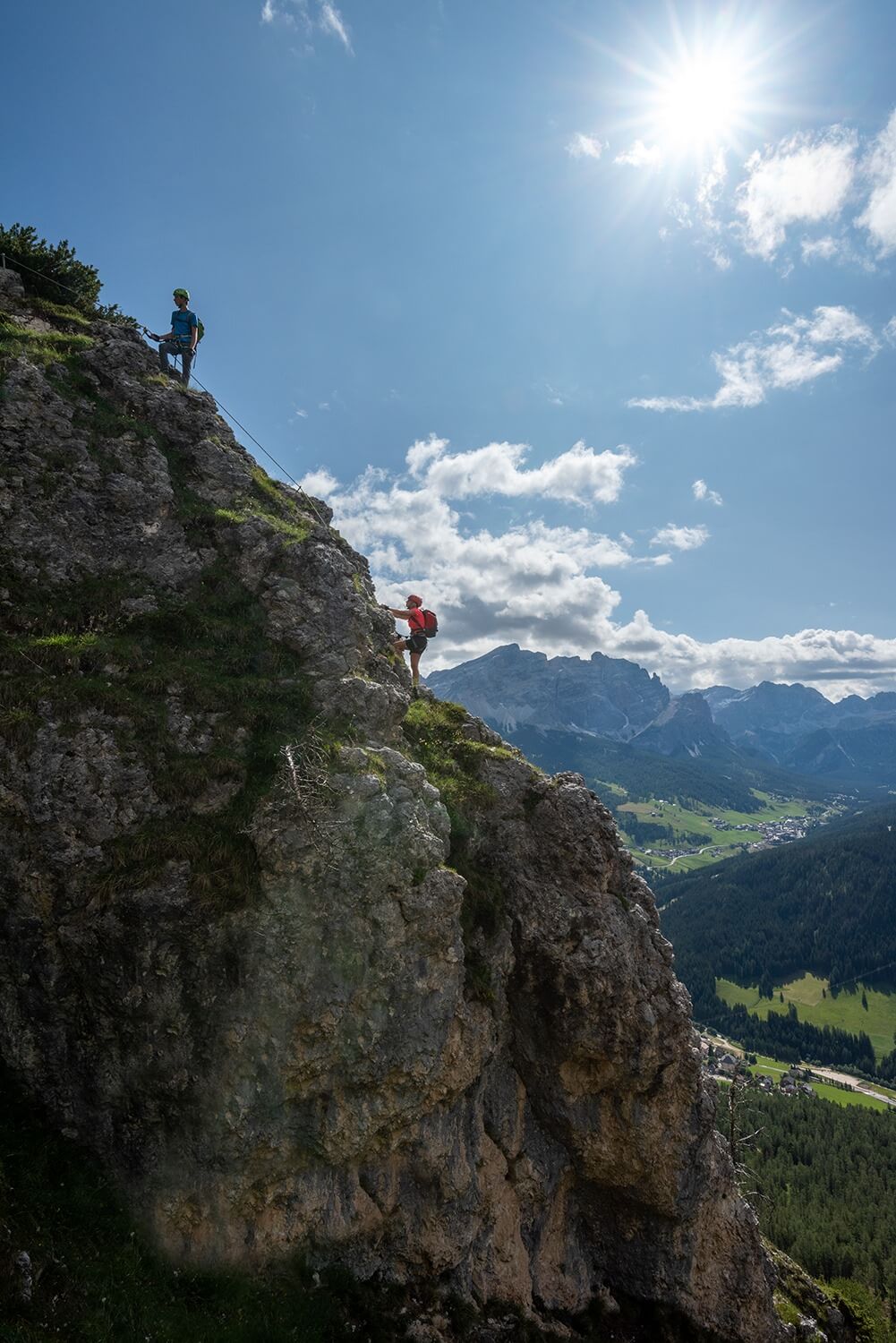 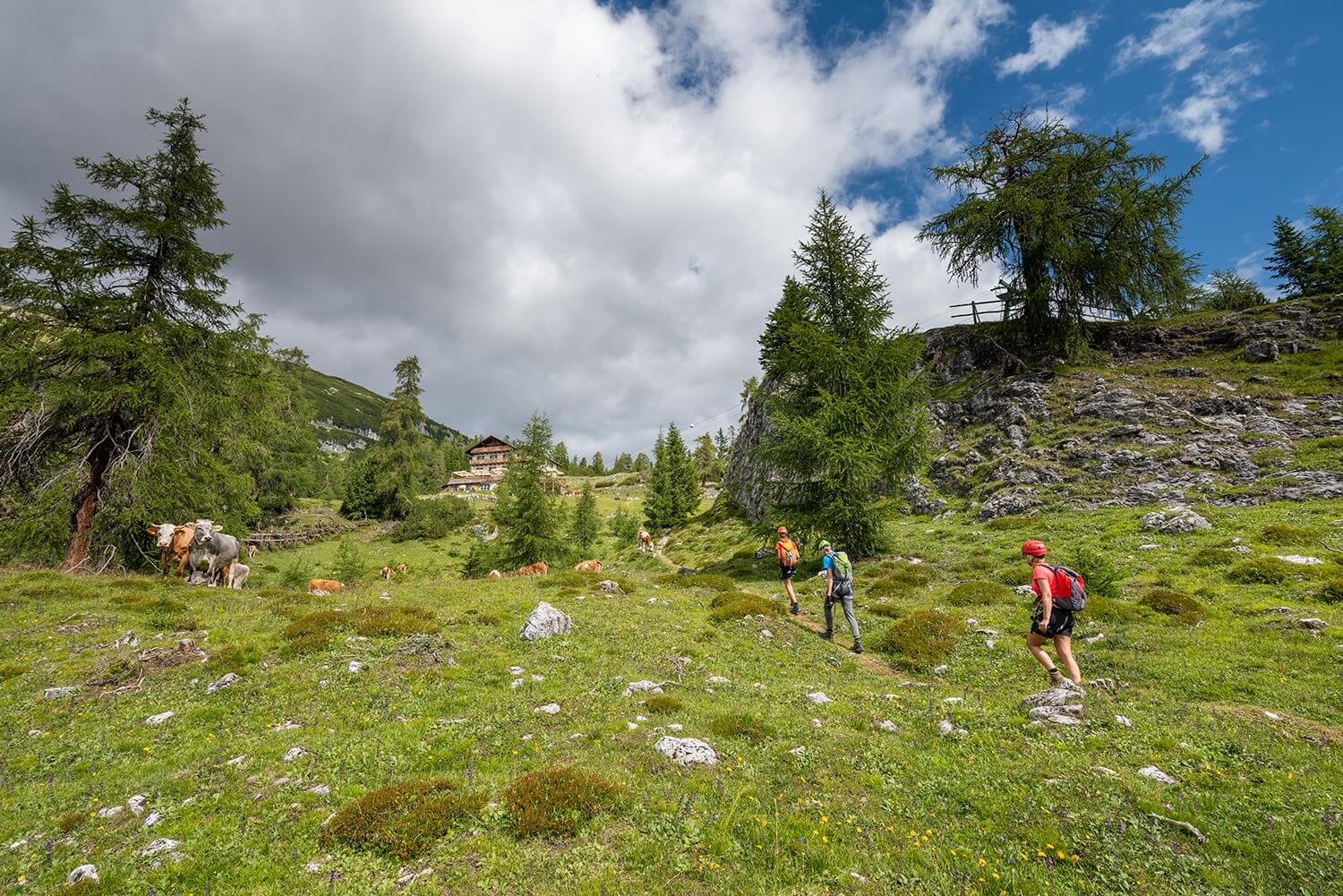 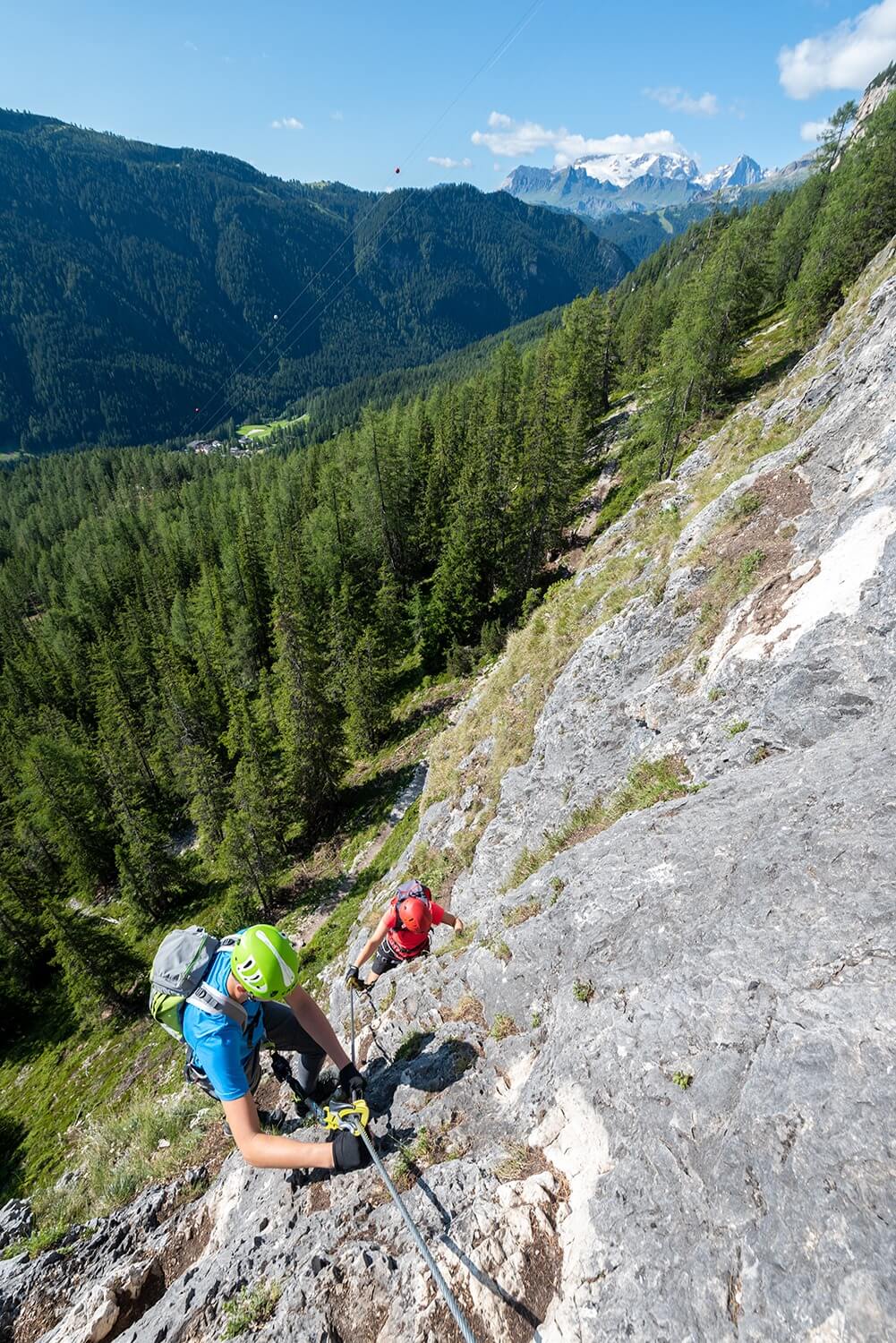 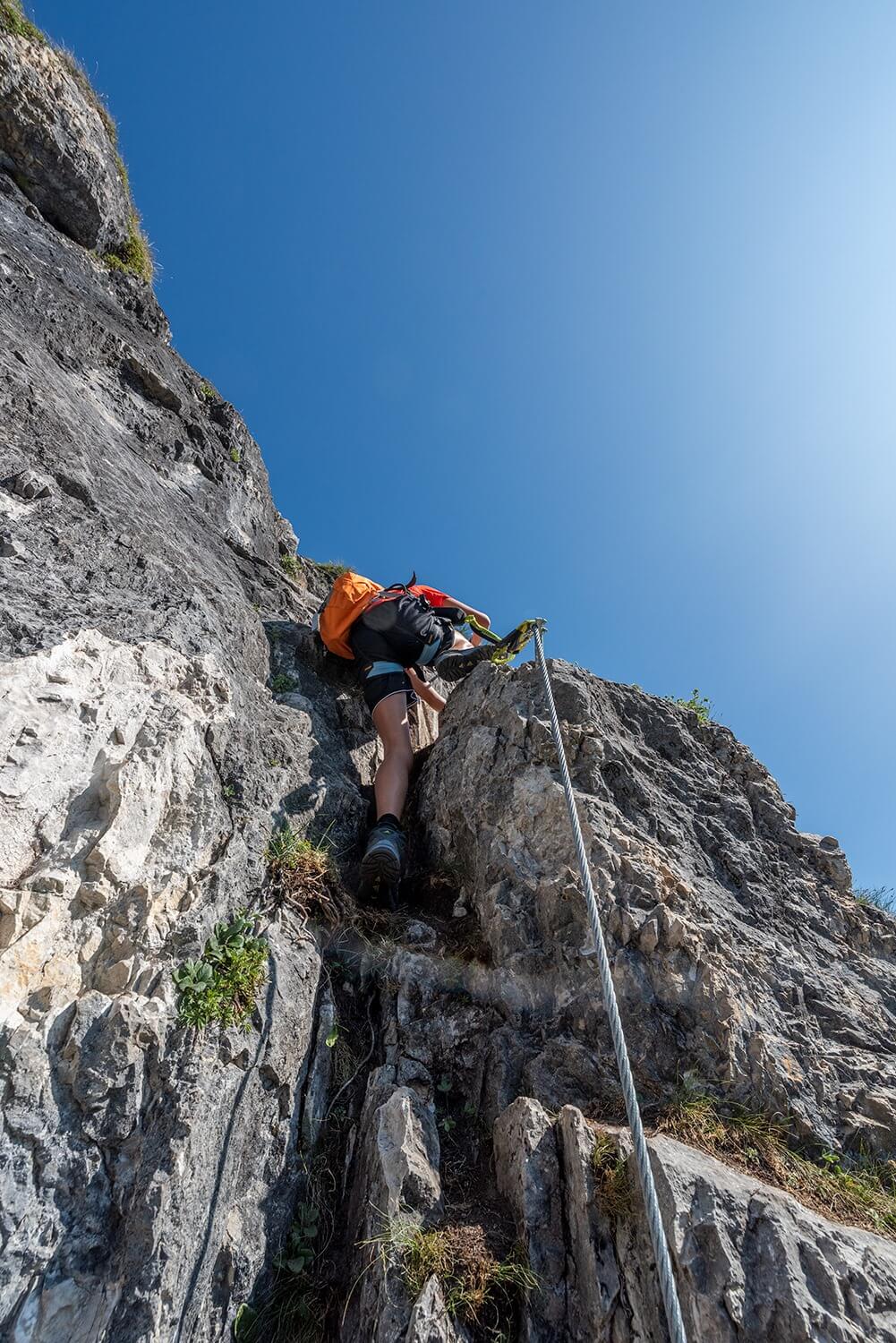 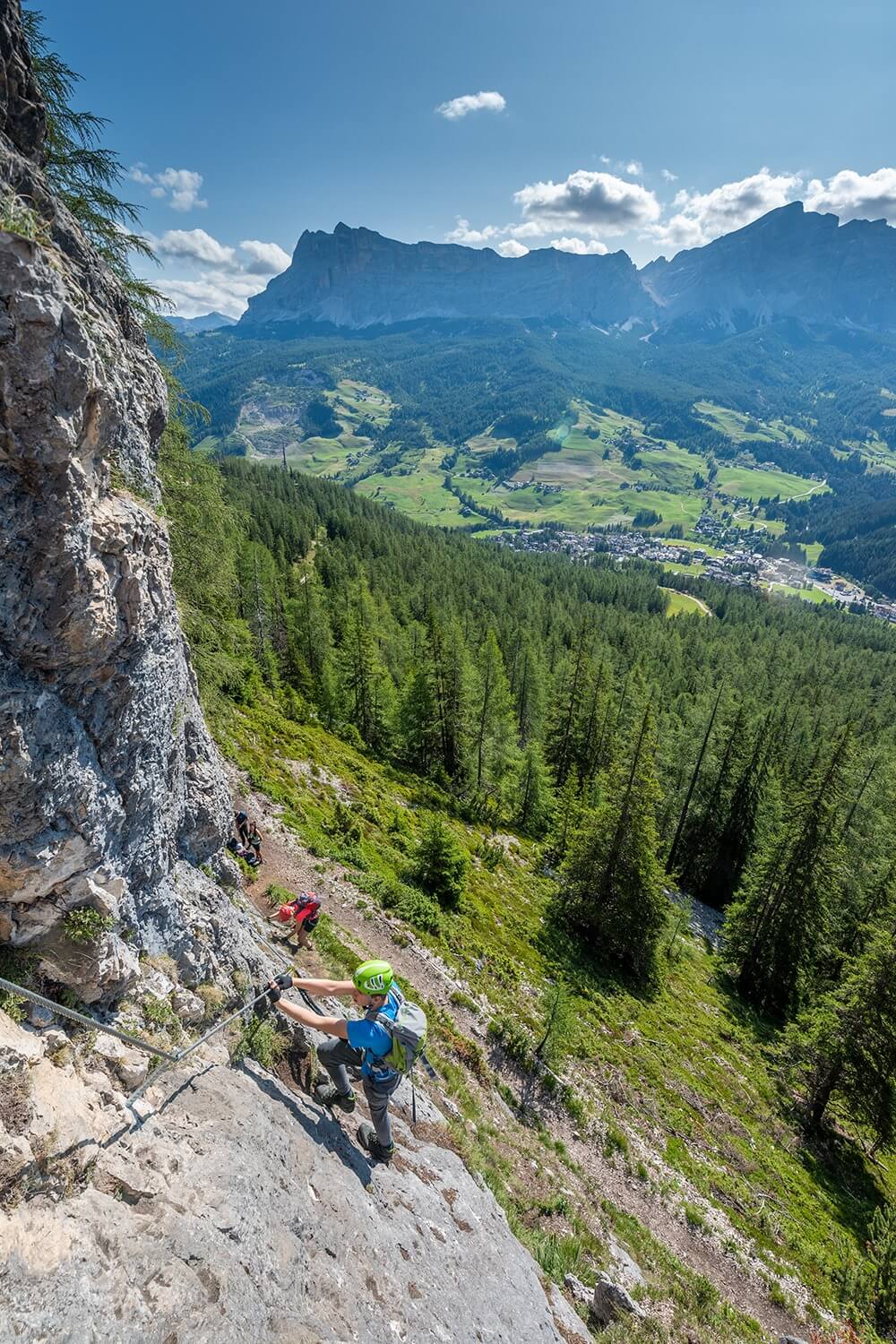 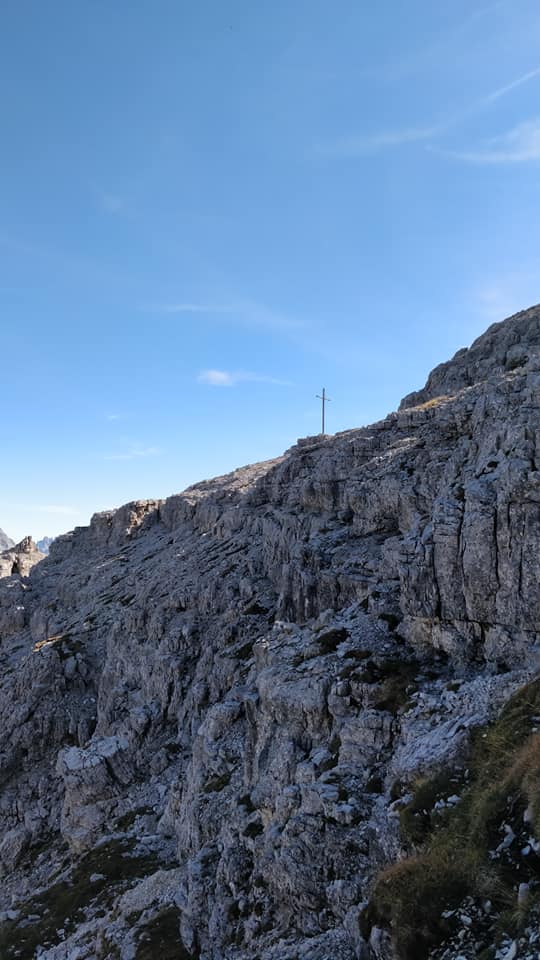 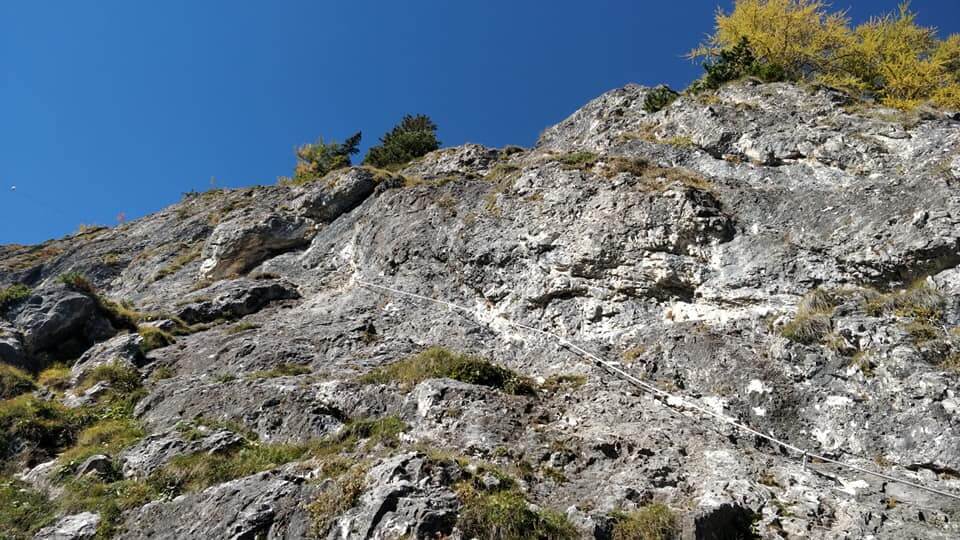 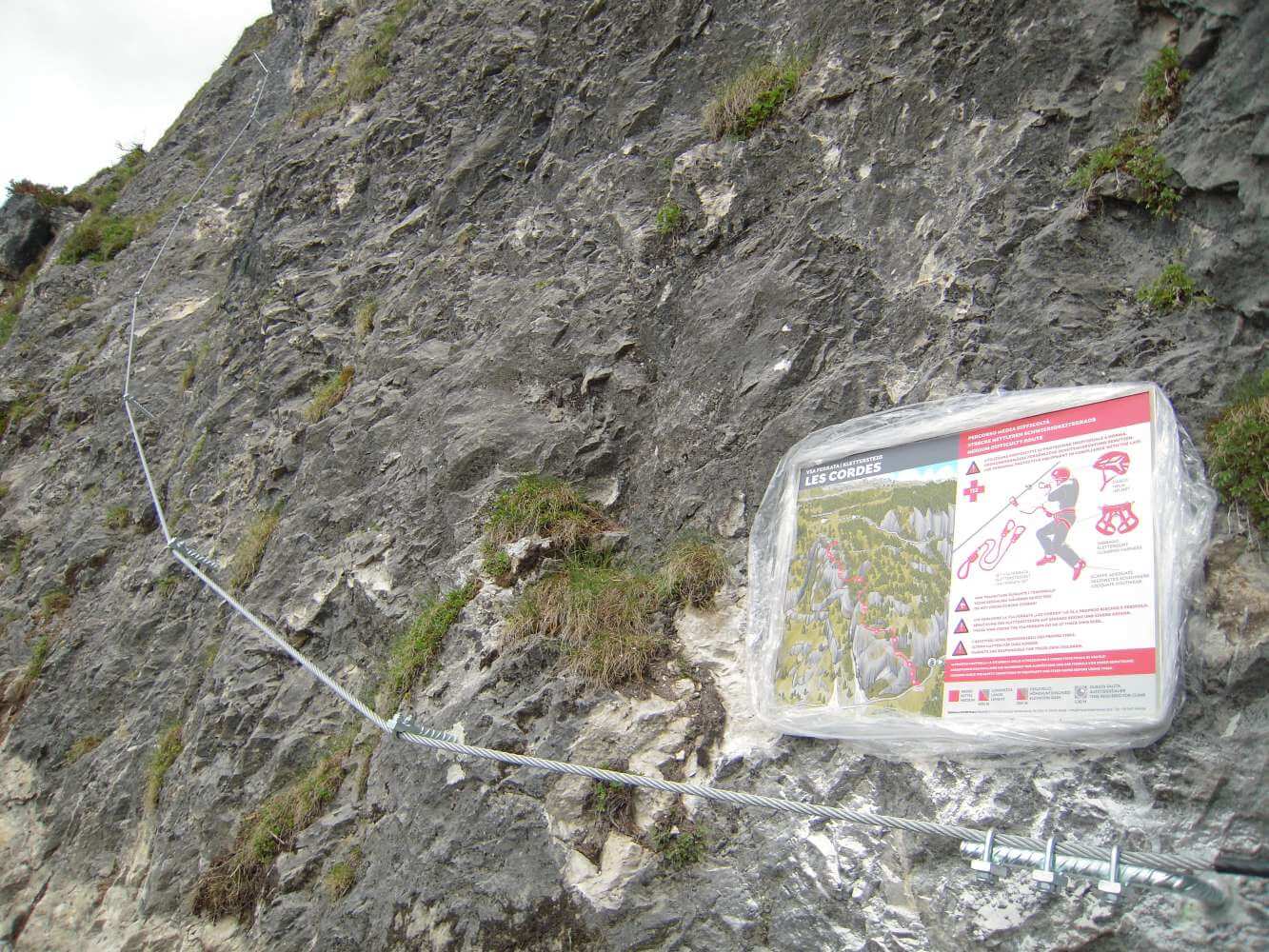 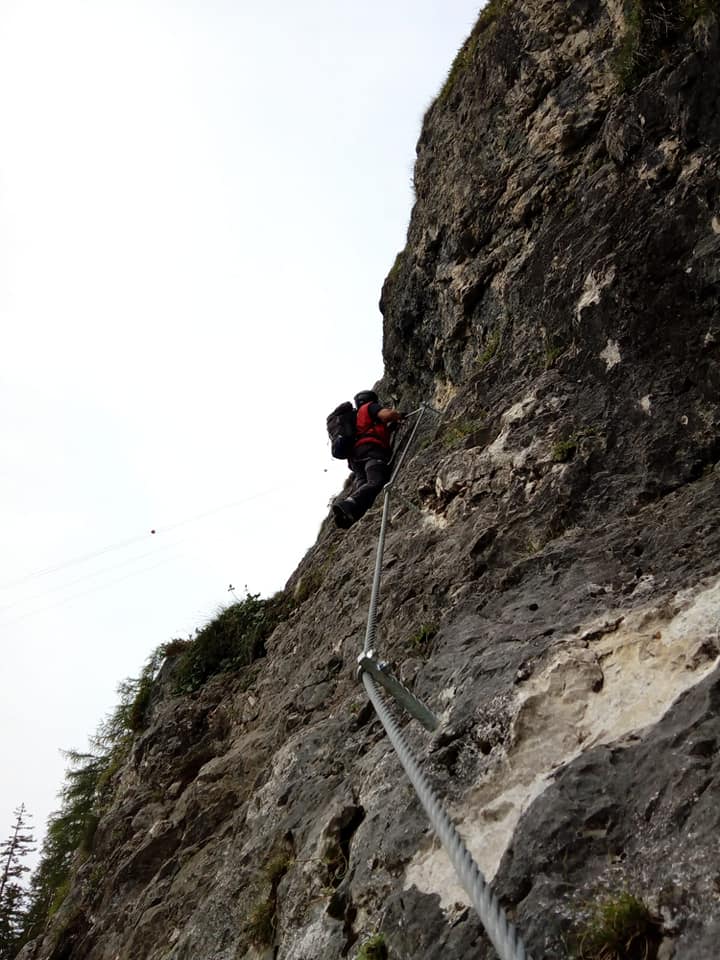 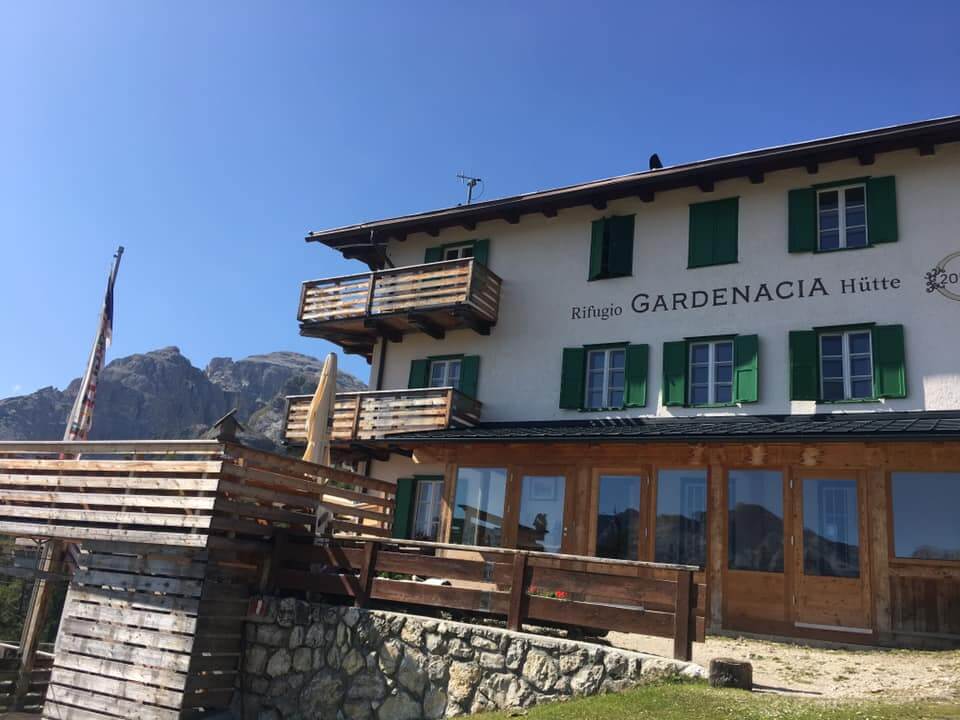 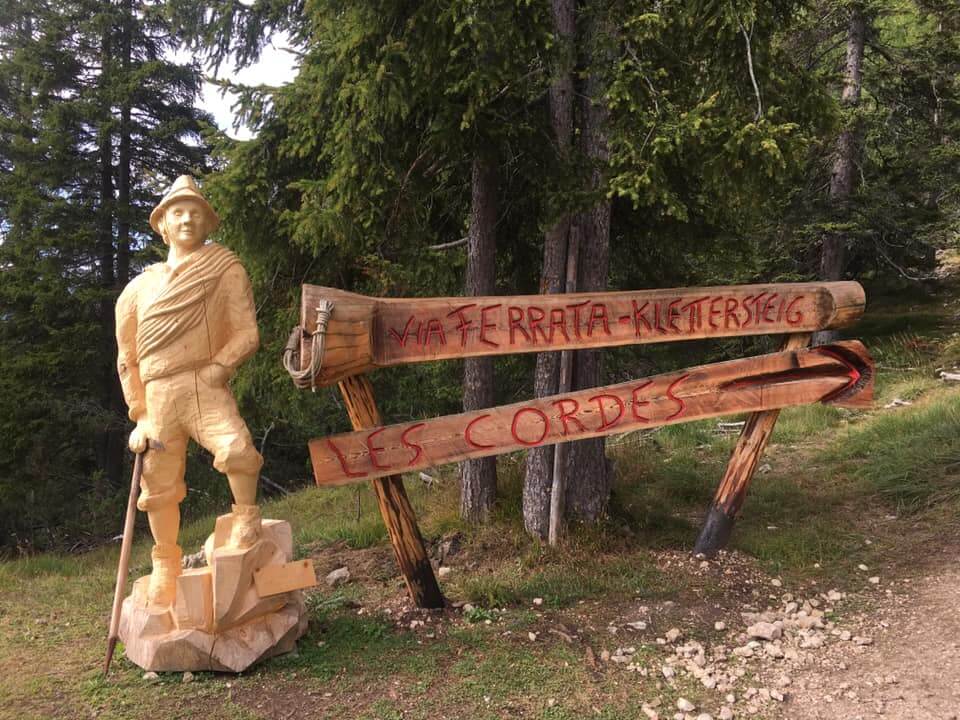 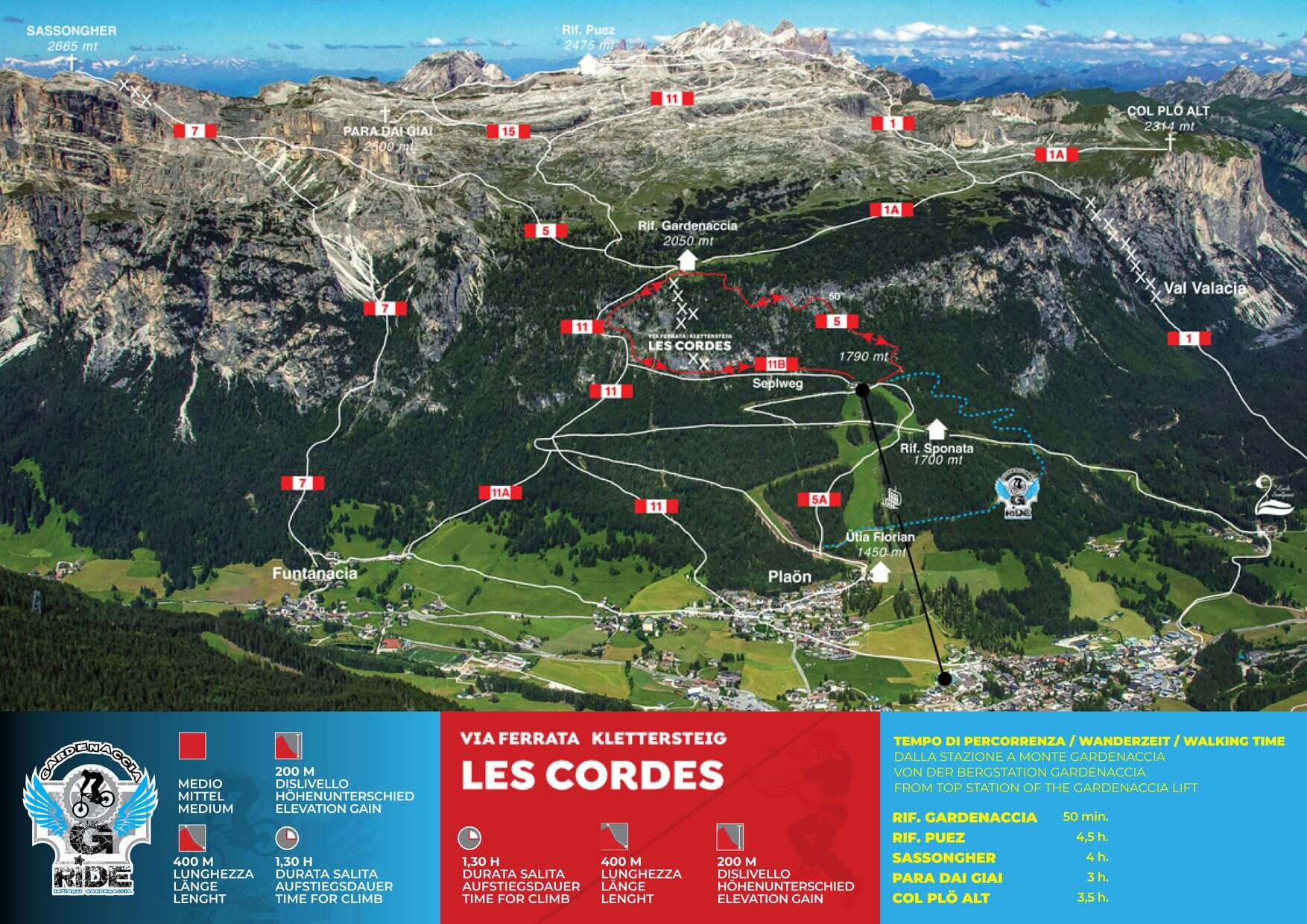 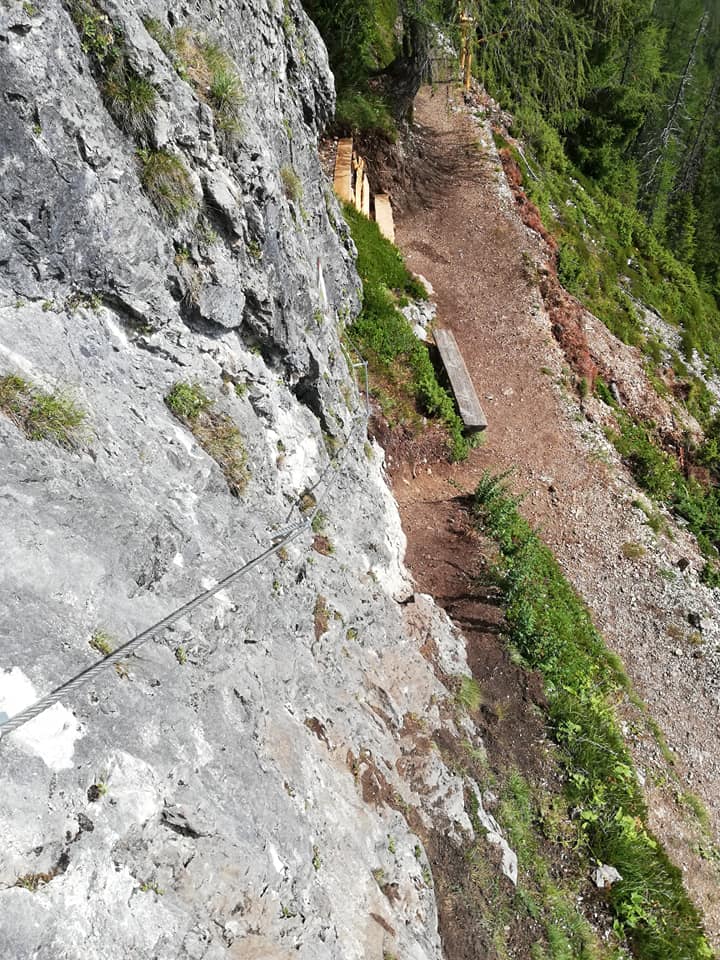 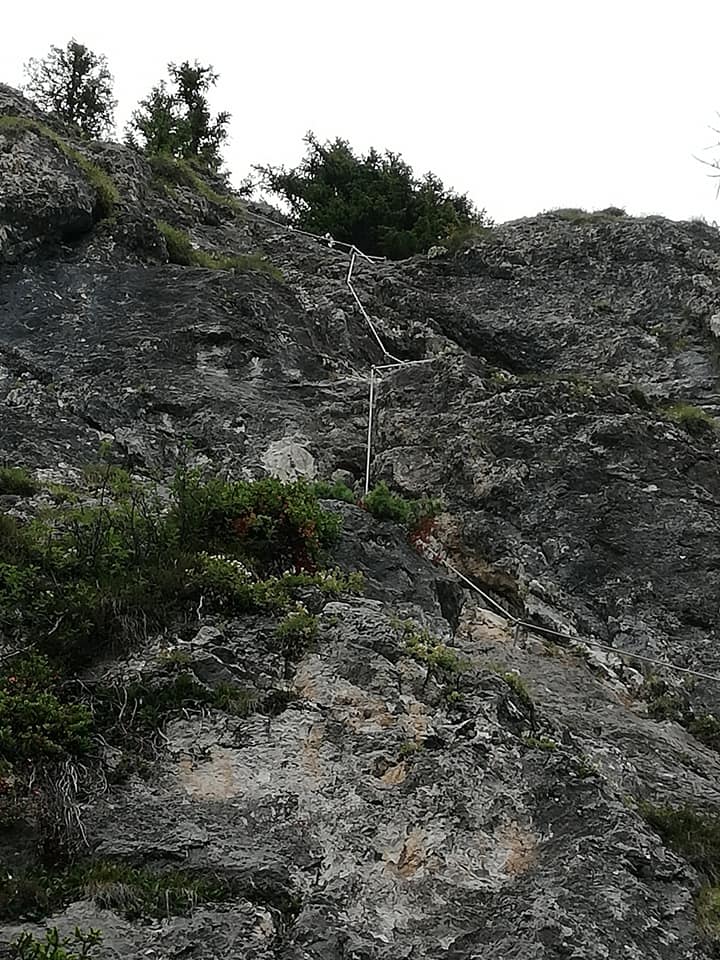 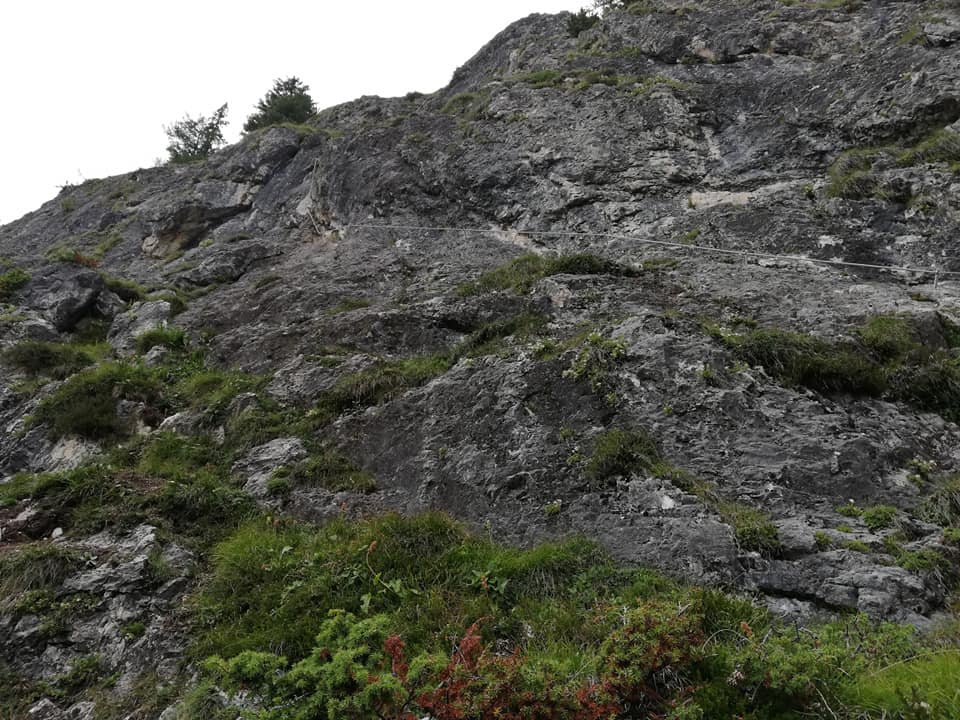 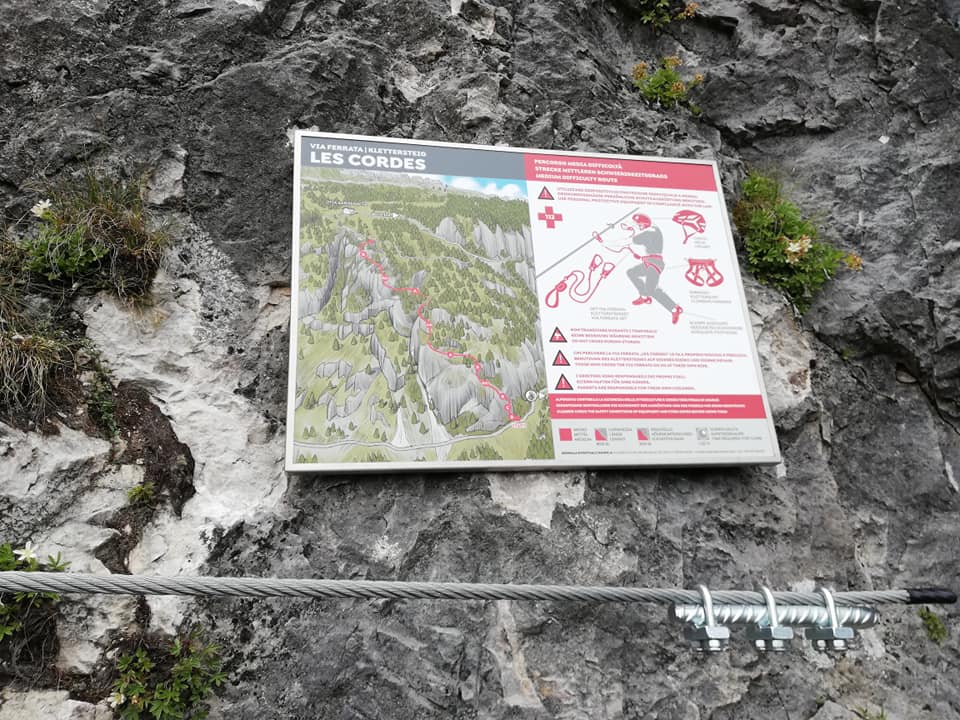