Via Ferrata Bianchi at Cristallo

Review of the Marino Bianchi Ferrata ascending to the Cima del Cristallo di Mezzo starting from the Passo delle Tre Croci. Itinerary that, following the closure of the bidonvia that climbed the Val de Stounies has become longer and more difficult in approaching and returning. Beautiful ridge itinerary with stunning views of the Dolomites of Zoldo, Ampezzane, Sesto and Bellunesi that literally surround the Cristallo.

The starting point of the itinerary is the Tre Croci Pass between Misurina and Cortina d'Ampezzo in the province of Belluno. Leave the car near the pass if you want to walk up to the Rifugio Son Forca (400 m in altitude). Alternatively you can use the chair lift (be careful with the closing time of the lift) that connects the hut with the main road downstream.

In our report we consider the approach without the cable car. From the pass we follow the CAI 203 north-west path, which, with a constant slope, recovers 400 m in altitude leading to the Son Forca Hut (2047 m). From the hut we go up to the Forcella Stounies (2932 m) going up a long and tiring scree using the poles of the disused cable car as a reference. We reach the hut next to which the via ferrata begins (2h 30 'from the parking lot).

From the summit of the Middle Crystal we will have to return to the Forcella Staunies. Although the entire ridge route can be traced backwards, there is a route that runs halfway up and is in large tracts aided. From the cross we go down the last rocks and we follow to the left a track with red signs with which we will reach a ledge that initially goes down decided and then goes up again to a saddle. Here we can resume the descent Ferrata Bianchi or again follow the track that for exposed ledges and steep passages loses altitude again until it finally rejoins the Ferrata Bianchi. The descent route now becomes the same as the ascent to the parking lot (3h from the summit of Cristallo di Mezzo - 7h total).

Near Forcella Staunies there is the Lorenzi Hut which, due to the closure of the cable car, is now closed and offers only a winter shelter in self-management. On the descent, pay attention to the ledges that often present snow even late in the season.

The other great route that goes up in the Crystal is the Aided path Dibona. The itinerary was once combined with the Bianchi ascent in a single day. Today, with the cable car closed, it is impossible to travel in a single day and we recommend it as an itinerary by staying in a shelter (read article). Still in the Cristallo group we meet the Ferrata De Pol, the Ferrata della Terza Cengia with Pomagagnon and the Ferrata Strobel at Punta Fiames. On the opposite side towards Cortina we meet the Via Ferrata Sci Club 18 to the Faloria.

Traccia GPS per Ferrata Bianchi al Cristallo. Itinerary: as per description above. 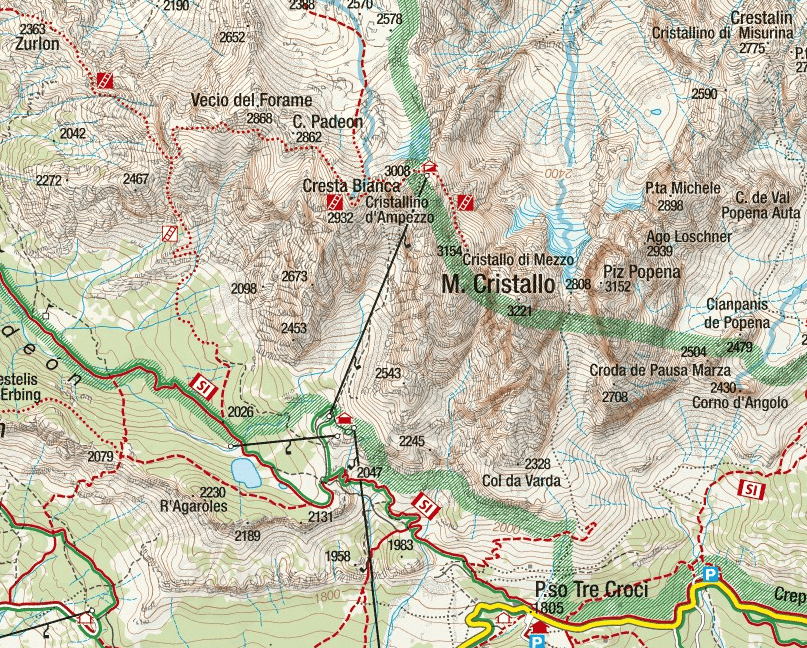 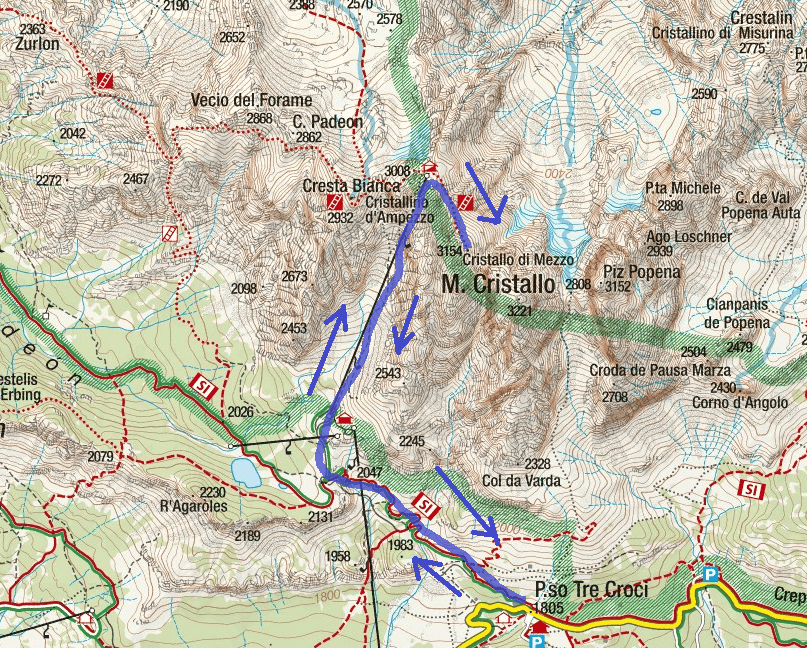 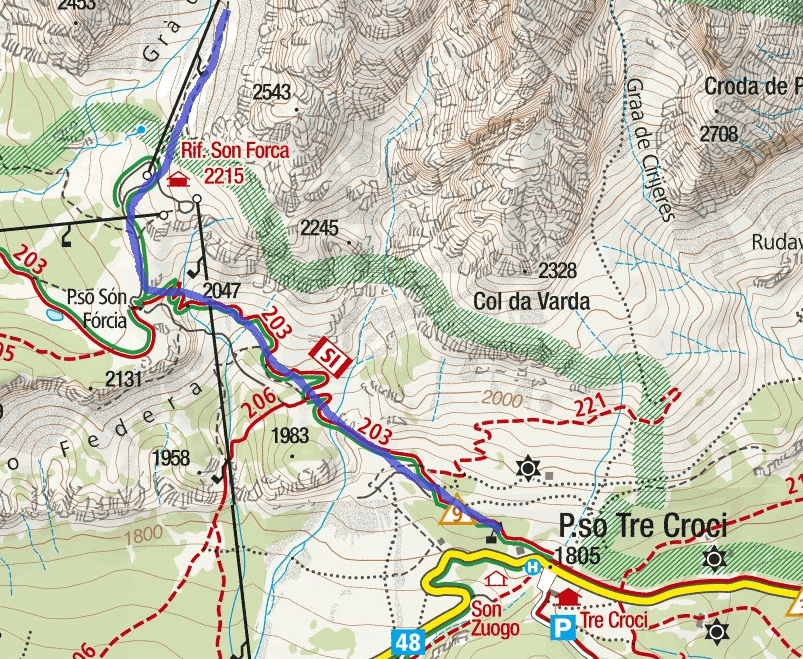 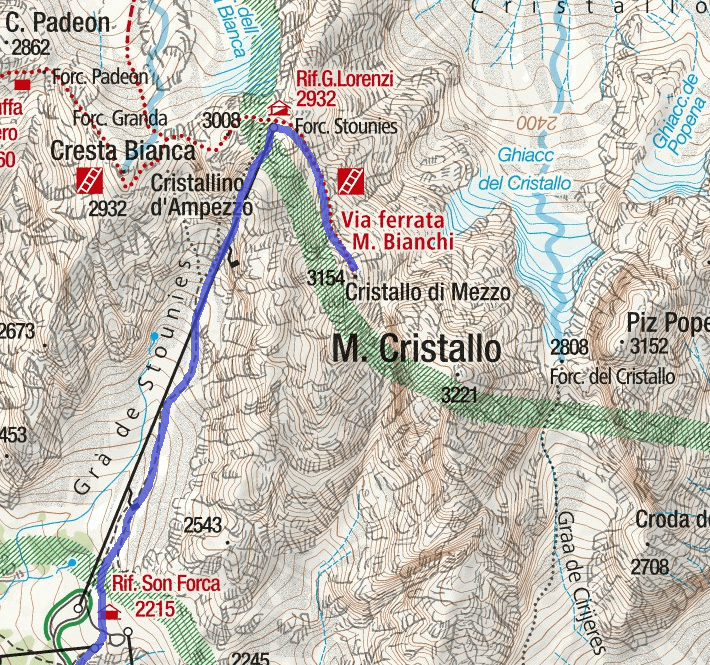