Via Ferrata of the Bunker

The Ferrata of the Bunker developes in the wall that divides the Gorge of San Gervasio on the Dora Piccola near Claviere. The ferrata begins immediately after the world's longest suspension bridge. The via ferrata is not difficult, however it is aerial and exposed.

The starting point of the itinerary is usually the ticket office of the Tibetan bridge of Claviere, high Val di Susa, in the province of Turin. This ticket office is a well-indicated wooden hut in Claviere.

The Ferrata dei Militari or Ferrata del Bunker requires you to cross the suspension bridge which extends from Claviere 408 m and a further 70 m in an approach bridge. This is considered the longest suspension bridge in the world. From the center of Claviere you travel along both bridges and at the end of the longest you arrive near the start of the ferrata (30' from the parking lot).

It would also be possible to reach the start of the route by parking near the campsite after the roundabout before the tunnel at Claviere. From there descend along the path towards the children's ski lift, climb the slope on the opposite side and then left towards the gorge of the Tibetan bridge (25 'from the parking lot).

The via ferrata begins with a descending section and then uphill to the right on the rock face that divides the small Dora. The via ferrata immediately gains a good exposure and leads to some challenging but never difficult passages. The via ferrata proceed on an exposed traverse across the river and is very well assisted by brackets that then lead us near a inclined ramp equipped with brackets then a vertical ascent and finally a ledge. The ledge leads us close to the bunker - generally the light is turned on when tourists are entering - however it is advisable to bring a torch with you. At the end of the bunker we are near a third bridge, also very long, which will take us to the slope where the via ferrata ends (1h from the start - 1h 30' from the parking lot).

From the end of the Tibetan bridge descend towards the ticket office in short (15'- 2h total).

The ferrata does not present particular difficulties, however, it is aerial and the three Tibetan bridges require absolute absence of vertigo. There is the possibility to rent the equipment for the via ferrata at the Tibetan bridge ticket office (for directions here).

The Ferrata del Bunker or Military is often united in an itinerary with the Ferrata Rocca Clarì (difficult). In this case, descend to the Tibetan bridge and pass it continuing to the bed of the stream, cross it and proceed to the left until you reach the start of the via ferrata, evident above the path (15 'from the parking lot) ).

Also from Claviere the La Ferrata of the Batteria Bassa which has an easier itinerary than the Rocca Clarì and can be traveled in just under 3 hours. From 2018, the Low Battery itinerary was extended and completed continuing uphill to the High Battery and then to the Chaberton with the linking of 3 via ferratas.

Images Ferrata del Bunker. The images included in the report were sent to us by the users of the site. If you are interested in sending us photos, use the form on the left or send them to our Facebook page. 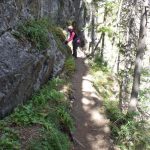 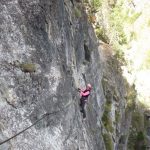 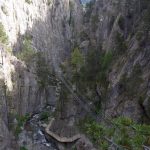 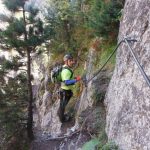 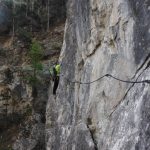 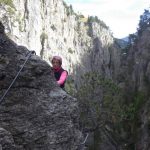 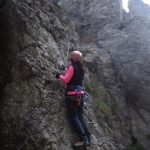 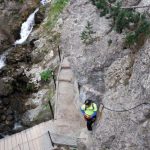 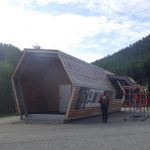 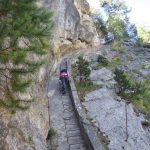 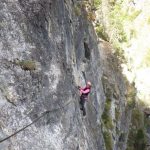 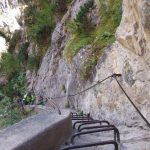 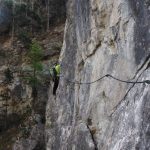 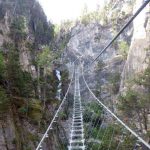 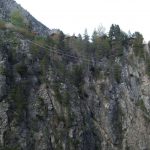 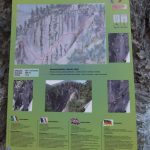 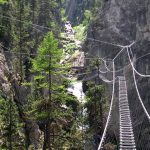 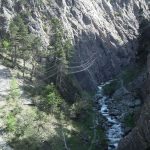 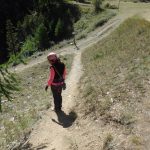 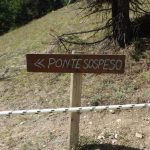 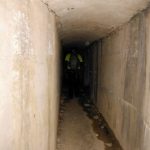 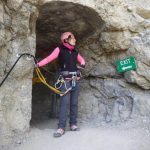 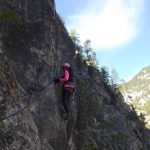 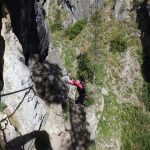 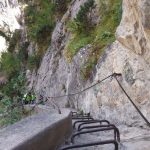