Via Ferrata of Monte Emilius

The via ferrata to the Monte Emilius is a difficult overall via ferrata and due to its length, environment and height difference, it is to be included among the extremely difficult ones. The hike is long (over 16 km) in a high mountain environment that should not be underestimated. The itinerary that we suggest involves spending the night at the Arbolle Hut or at the Federigo Shelter and breaking the itinerary in two days.

Attention: the via ferrata is damaged as of summer 2019 and closed for maintenance. It will probably be reopened for the 2020 season.

The starting point is the mountain station of the skilifts Aosta-Pila continuing to Chamolè station. Directions for Google Maps available here.

From the Chamolet station (2300 m) follow the path towards the Arbolle Hut (1h 30 'from the mountain station) following the signs 19c then 19th uphill and then descend a hundred meters along the Arbolle valley. A valid option is to stay at the shelter.

From the hut, descend further along path 14 (Vallone di Comboe) until you reach a crossroads where we will keep to the right along path 16c and then 16a reaching the Spartan shelter Federigo (2907 m) under the Carrel hill (1h 30 'from the hut - 3h 45 'total). The via ferrata starts immediately behind the shelter.

The Ferrata runs along the north and north-west ridge of Monte Emilius starting from Colle Carrel until it reaches the summit at 3551 m. From the shelter you follow the trail tracks up to the start of the via ferrata that will develop mainly on the ridge edge. Go up some small rocks and then go through several stretches of exposed but not difficult crossings, until you reach the point where you must descend in a steep climb towards the suspension bridge. The deck is very exposed with a wooden footbridge. Climb back over the bridge to reach Mont Ross. From Monte Ross, continue on the right side of the mountain along inclined and exposed slabs. In this section there is an escape route (sign) towards the right that descends towards the visible Lago Gelato. Continue along the ferrata near the ridge to Petit Emilius (3342 m). Continue keeping the ridge edge to the right until you reach rocky steps and then a vertical section with supporting metal frames where you can come across a snowfield even in late season (better to have crampons with you). It faces a last rocky prominence and is now in the final ridge where in about ten minutes you reach the Madonna (4h 30' from the shelter - 7h 30' total).

From the summit you descend among debris along the normal route towards the Passo dei Tre Cappuccini, skirting the Lago Gelato and continuing up to the Rifugio Andolle (2h 30 'from the summit - 10h total). From the hut backwards for the approach path to the cable car (1h from the hut - 11h total).

The ferrata is in excellent condition with excellent equipment and in the right places. A tip is to carry crampons and ice axes for safety at least until the end of July. if there are snowfields at high altitude and the safety equipment is unusable. At the end of the ferrata attention to some unprotected sections where the rock is not very stable and finally make sure you have stable weather conditions.

The Ferrata of Monte Emilius is correct to consider it as a ferrata inserted in a long, challenging, rewarding mountaineering itinerary. The via ferrata is advisable to follow it in two days, above all because the cable car closes relatively early in the summer and the height difference and the length are prohibitive to cover in a single day. If you wanted to stay at the Arbolle hut on the day of return it would be possible - force permitting - to cover the simplest but very beautiful landscape Aided path Panorama.

In Val d'Aosta other high-altitude itineraries we recommend are the Ferrata at Gran Paradiso, the Ferrata to the Borelli Shelter and the Ferrata delle Crete Seche. 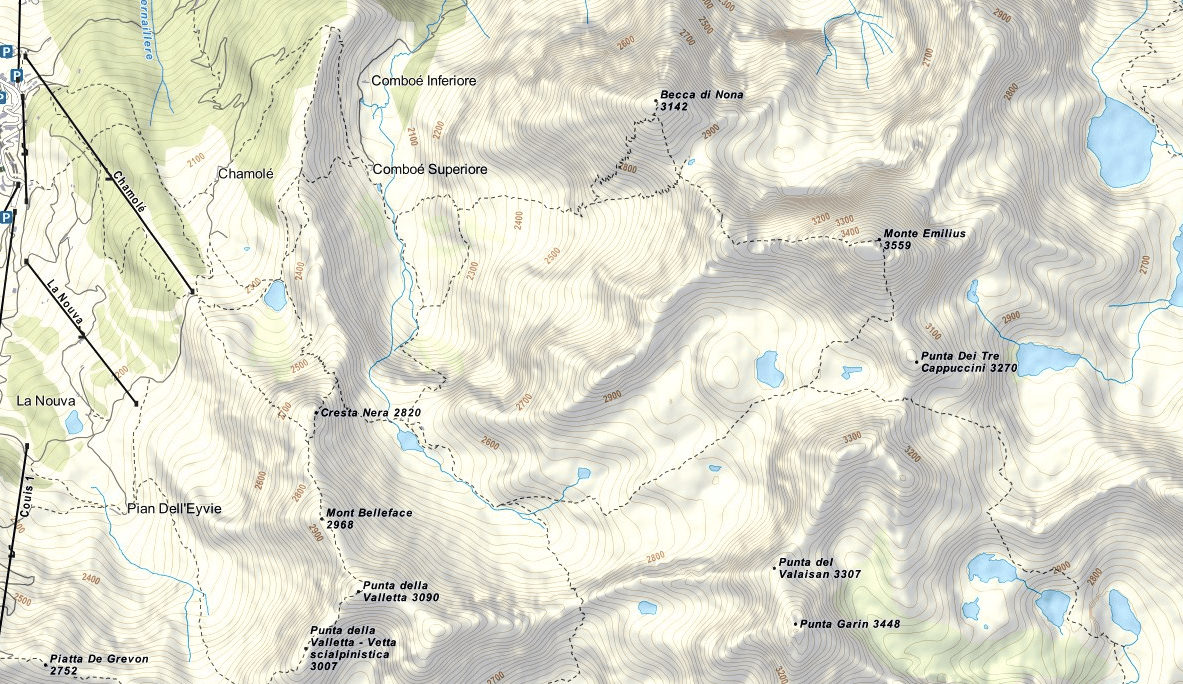 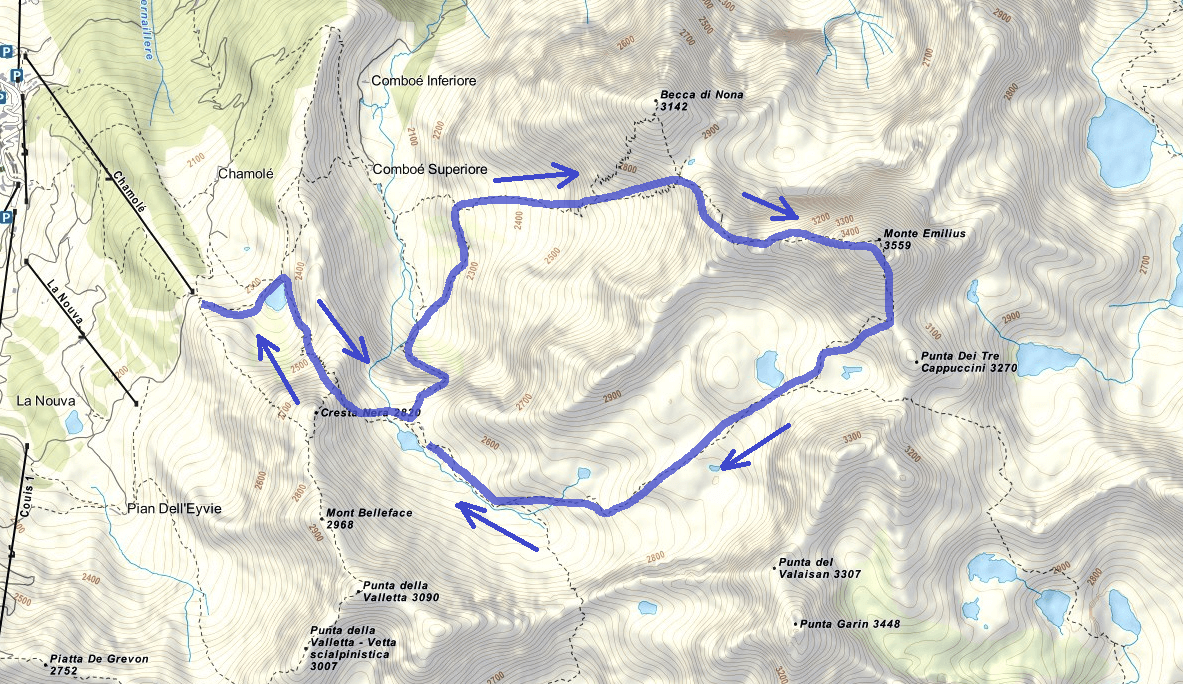 Images Ferrata of the Monte Emilius. The images included in the report were sent to us by the users of the site. If you are interested in sending us photos, use the form on the left or send them to our Facebook page. 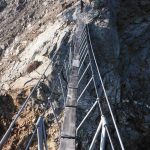 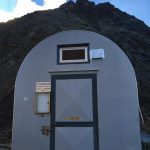 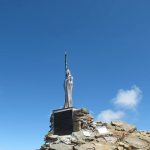 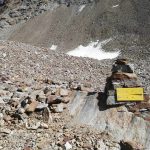 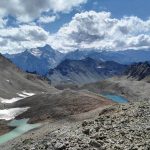 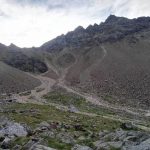 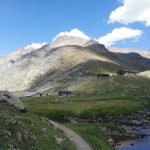 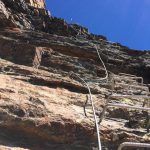 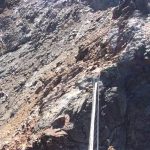 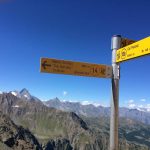 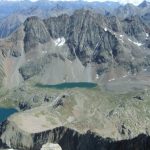 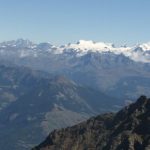 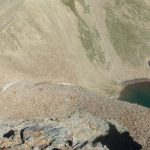 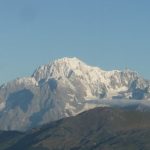 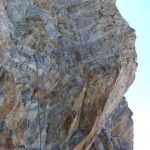 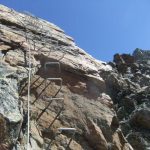 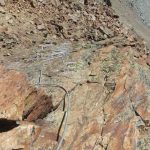 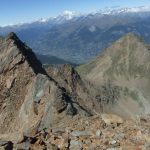 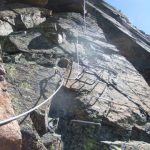 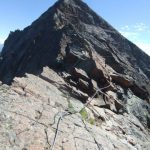 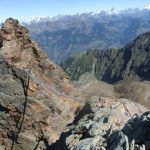 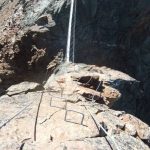 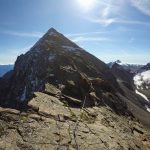