Review of the climb to the Presanella with the recent Ferrata Monte Nero with a foothold in the Rifugio Segantini in Val d'Amola. A long, demanding itinerary where the via ferrata is only part of a wider trip.

The itinerary proposed for the Presanella peak rises from the Val d'Amola with the Segantini Hut as a point of support. The starting point of the itinerary is the parking place near the bridge over the Sarca river along the Valle d'Amola. To reach the parking lot you must take the Statale 239 that connects Pinzolo with Madonna di Campiglio. At a striking hairpin bend in Pinemonte Basso you will have to take a road that, coming from Pinzolo, we will find on the left with indications for Val Nambrone. We pass the Rifugio Nambrone and continue on the driveway with many hairpin bends up to a junction: on the right the road to the Rifugio Cornisello, we continue to the left up to the parking lot near the bridge (about 30 minutes from the junction, 11 km). Directions for Google Maps available here.

Leave the car in the parking at the bridge near Malga Vallina d'Amola (2006 m), we continue along the small road heading west with signpost 211 which crosses the hut and soon becomes a path. Avoiding to go down the path towards the malga, we continue on the main path that soon leads us to a bridge beyond which we meet a saddle between path 211 and 211B. Keep to the right on path 211 "Oscar Collini". The path is steep and turns numerous bends but no difficulty and going along the ridge you reach the Rifugio Segantini (2373 m - 1h from the parking lot).

Behind the shelter we meet one pole with good directions on the trails in the area. We follow the indications for the Presanella in north-west direction towards the showy moraine following the white-red signs initially present along the way. We follow the obvious trace taking the reference of the Monte Nero which stands out quite clearly along the ridge. On his left an obvious carving is the nozzle of Monte Nero towards which we will aim uphill with the ferrata that will remain on his left.

Continuing towards the wall to the left of the Bocchetta di Monte Nero we reach the glacier which, depending on the season, can present ice or snow. The glacier does not generally present crevasses nor does it require a long crossing, but crampons are necessary for the slope and it is advisable to proceed with caution also because of stones that often roll along the glacier. The glider is cut diagonally we reach the rock that we initially climb with passages of I superior up to reach the start of the via ferrata (3070 m - 1h 30 'from the Rifugio Segantini - 2h 30' from the parking lot).

There are new metal cable and many brackets that help in passages on smooth rock. Let's start going up some sections on slab rather supported with some supporting brackets. We reach a non-binding but exposed traverse from which it is possible to see the entire itinerary traveled from the hut to the start below us. The via ferrata is not continuous and in some sections the cable ends leaving some sections on rocks and easy rocky jumps. We reach a narrow aided ledge where we meet one wooden walkway before continuing uphill again with a alternation of passages on slab and leaps. We cover an exposed inclined ramp to the right and reach the highest point of the via ferrata on the ridge (3165 m).

We follow the metal cable that leads us to the opposite side of the ridge going down for about 50 meters towards the Vedretta di Nardis Orientale with some difficult passages for climbing and a long series of metal brackets with which ends the Ferrata of Monte Nero (30 'from the start - 2h from the Rifugio Segantini). The glacier is under a thick series of large boulders and, if traveled in late season, it is generally not necessary to have crampons in this section. The main difficulty could be in case of poor visibility: there are not many white-red signs or the cairn. Continue north-west until the end of the valley. Go up the valley following some signs until you reach the slabau above the glacier.

We cross the summit slabau up to locate the Orobica Shelter straight ahead. To reach it we will have to go through a couple of delicate passages, including a downhill stretch and an exposed crossing with a slightly crumbly bottom where some useful wooden planks have been inserted. We continue following the red and white marks and we reach the Shelter Orobica built in stone (3382 m - 1h 30 'from the end of the ferrata - 3h 30' from the Rifugio Segantini).

The Presanella peak is clearly visible from the shelter. Following the track that you keep on left side of the ridge, we reach the summit of Presanella (3558 m - 45 'from the Shelter Orobica - 4h 15' from the Rifugio Segantini - 5h from the parking lot), the highest point completely in Trentino.

The return takes place backwards for the outward itinerary (approx. 5h to reach the car - about 10h total).

Along the via ferrata are present many red and white signs clearly visible indicating the line of ascent. In the part of the route that connects the Vedretta di Nardis Orientale with the Shelter Orobica are present some nails with carabiners which can be useful in case of rope safety. Attention must be paid in particular when crossing the Black Monteain Vedretta, also due to the instability of stones. The proposed itinerary is long, with a significant difference in height. It is advisable to start it early in the morning and it is advisable to stay overnight in the Segantini Hut to reach the summit already in the morning.

The ascent to Presanella with the Ferrata del Monte Nero is certainly a challenging and very rewarding itinerary. Similar climbs in the area are the Ferrata Terzulli to the Adamello as well as the Ferrata Sentiero dei Fiori at the Tonale. There Ferrata Tabaretta ascending to the Ortles requires less experience in the icy environment, however it is extreme in the technical difficulties of climbing and definitely requires good training and athletic preparation to be traveled. Finally, we report the Via Ferrata to the Croda of Cengles always from Solda in South Tyrol. Another option is to reach Madonna di Campiglio and approach one of the many trips with via ferrata in the Brenta Dolomites.

Traccia GPS per Ferrata Monte Nero. Itinerary: as per description above. 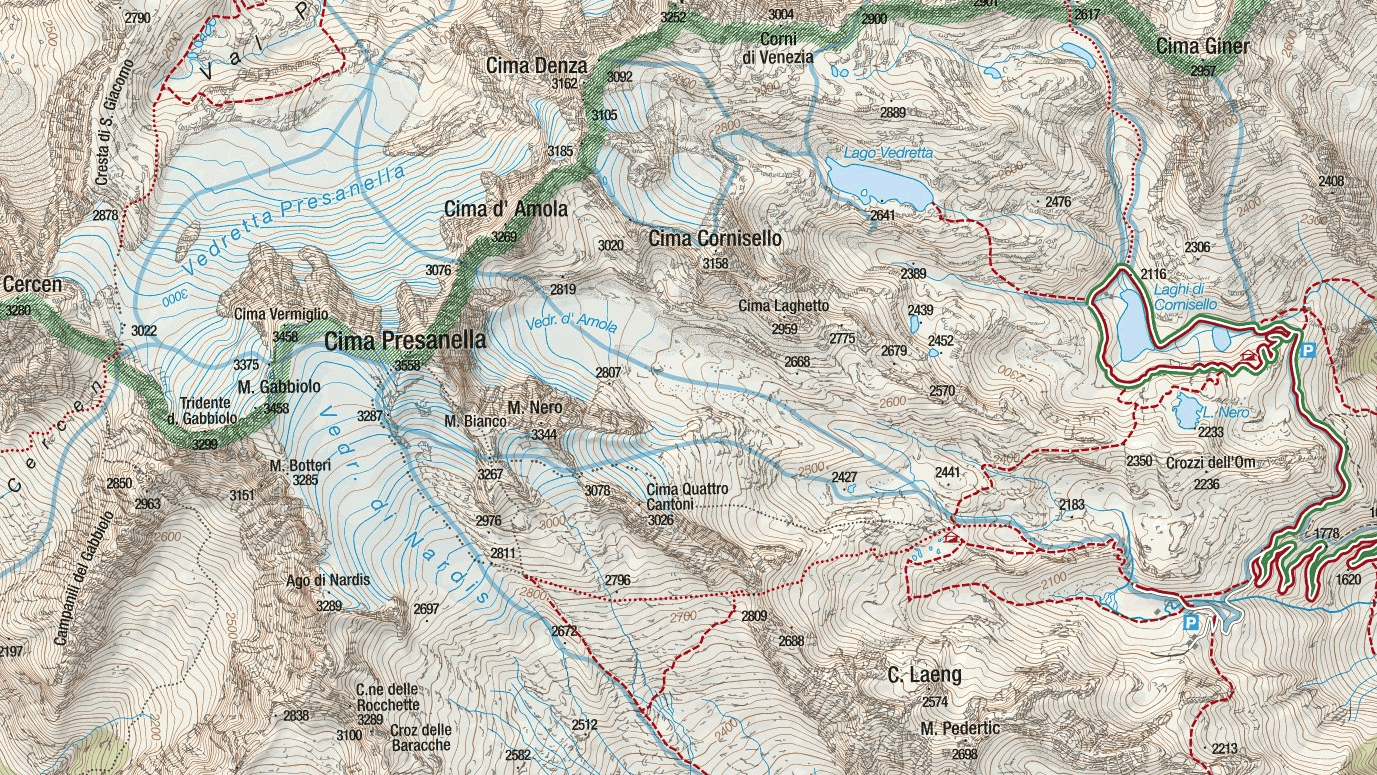 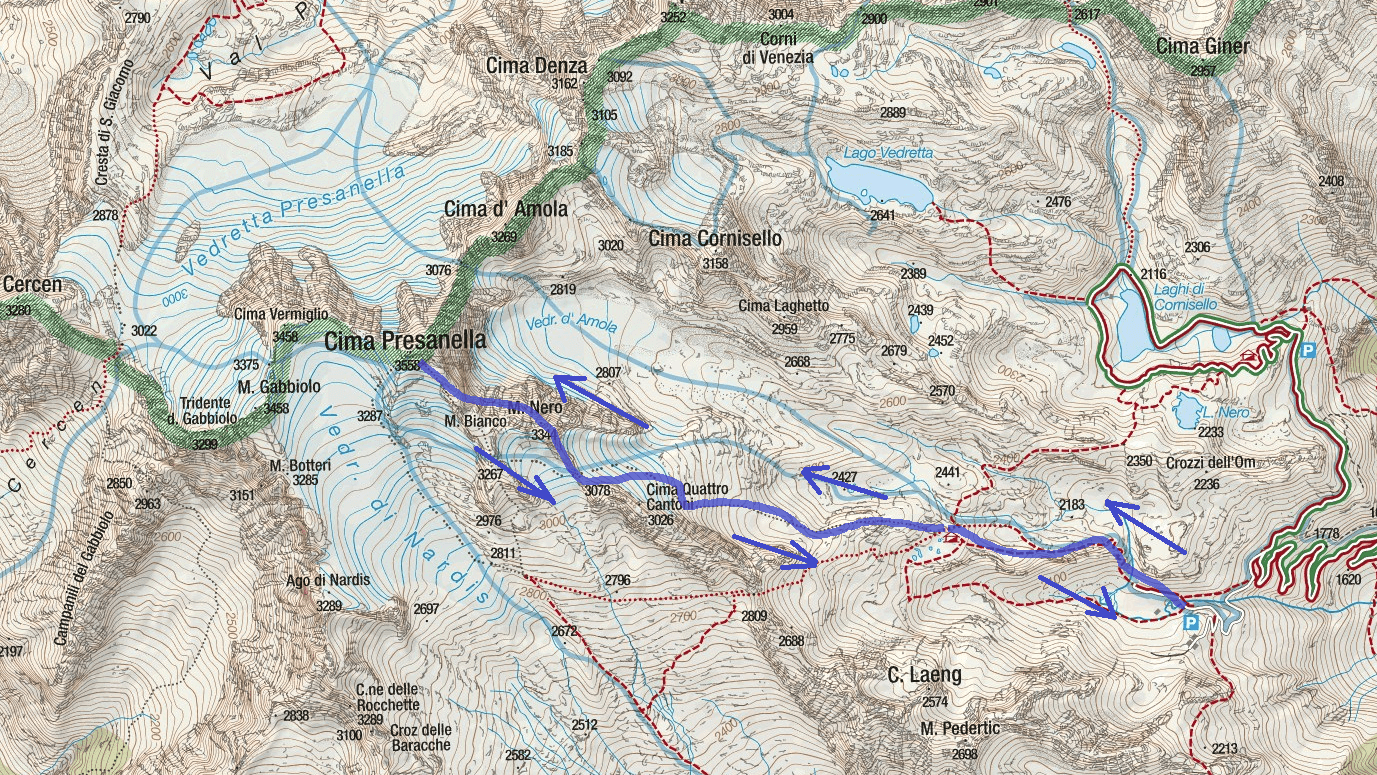 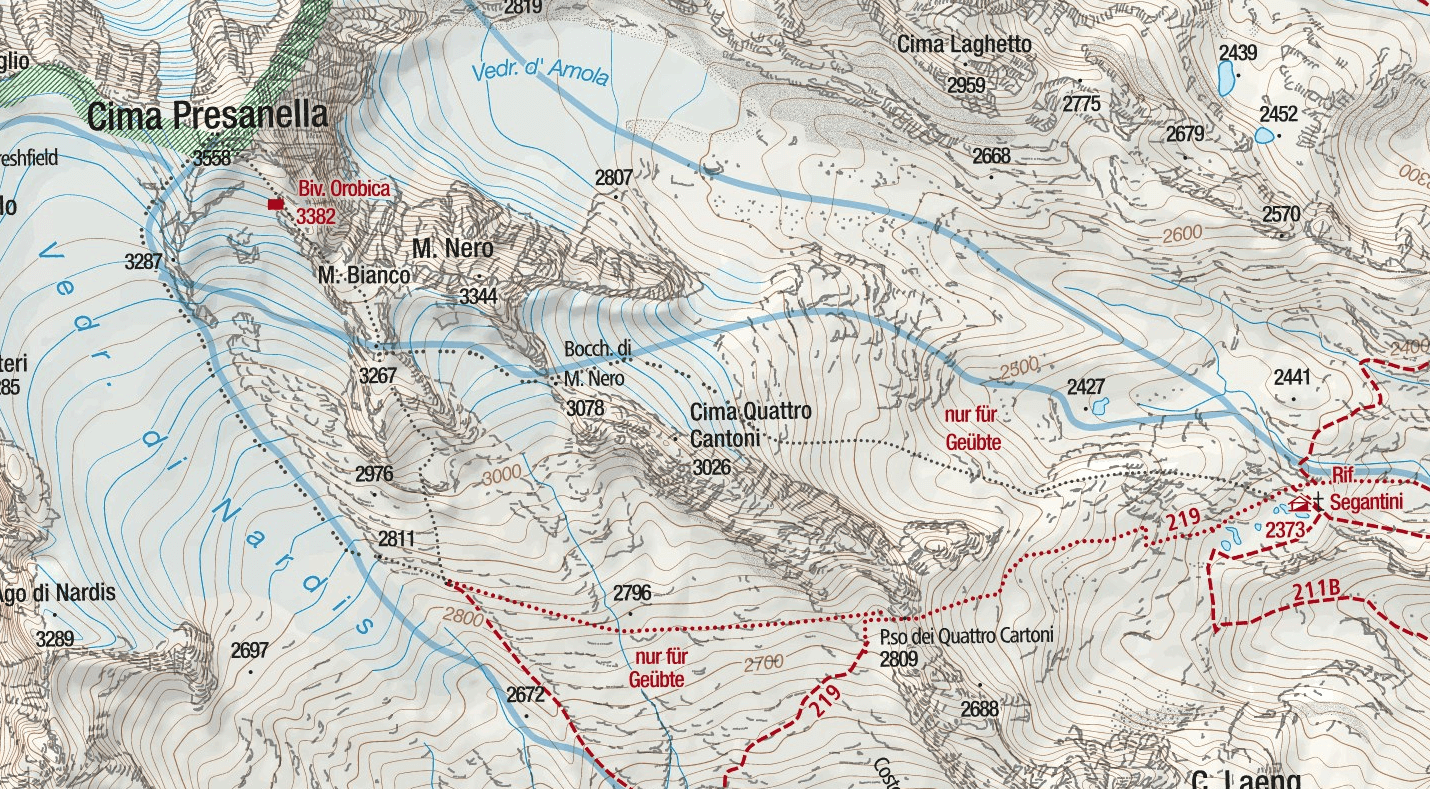 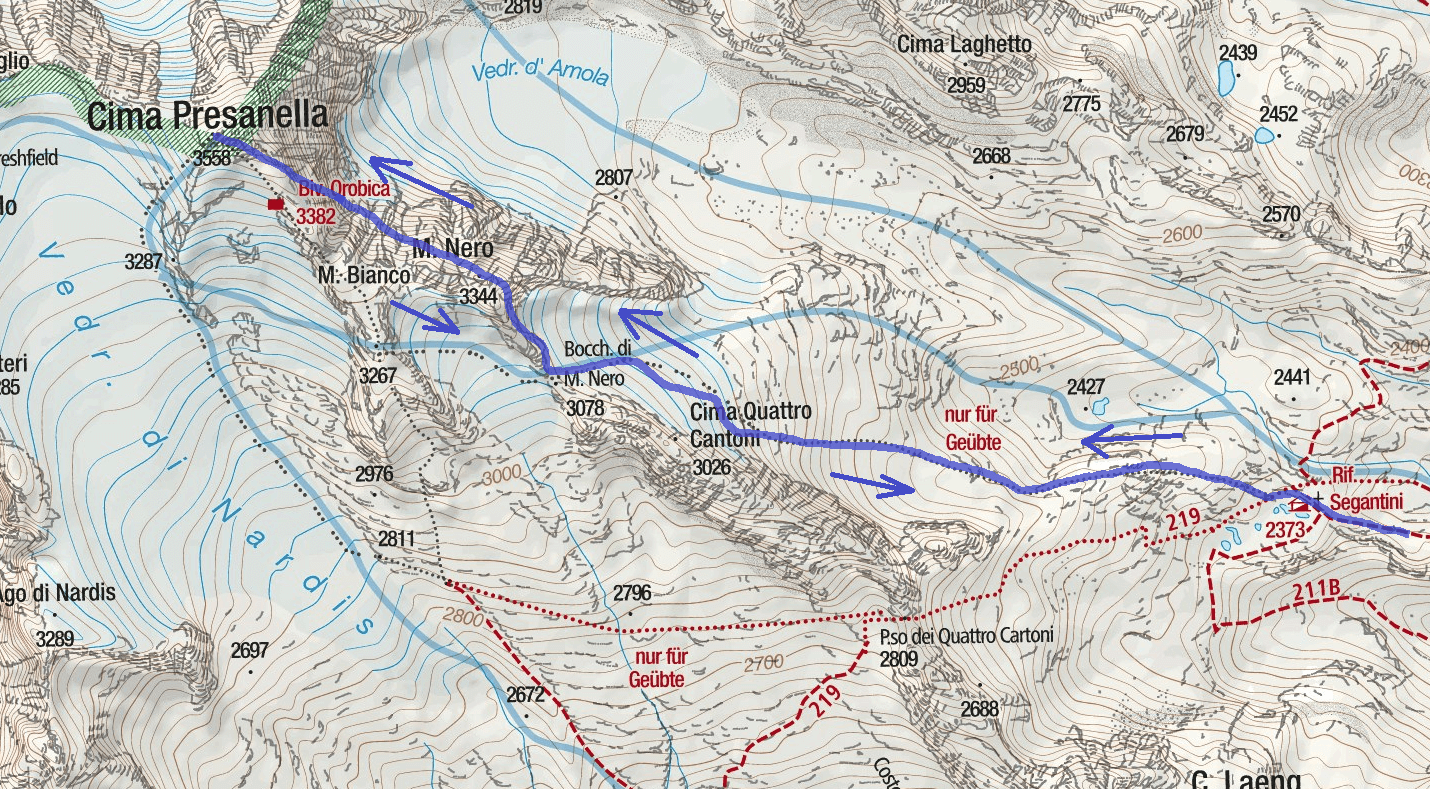 Monte Nero Ferrata images. The images included in the report were sent to us by the users of the site. If you are interested in sending us photos, use the form on the left or send them to our Facebook page. 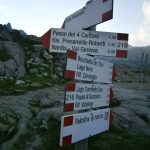 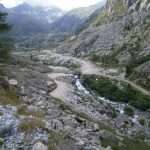 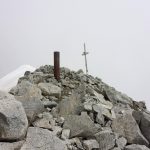 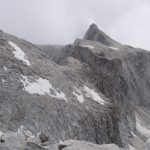 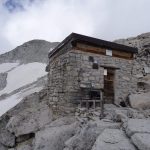 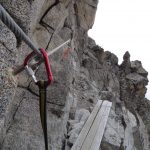 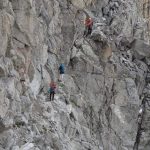 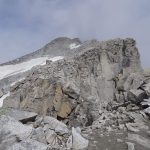 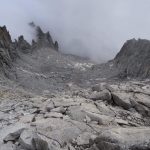 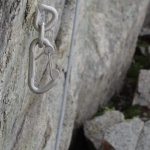 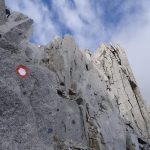 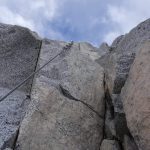 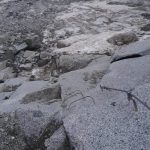 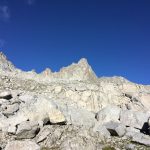 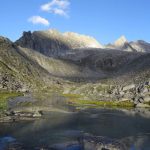 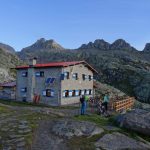 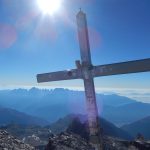 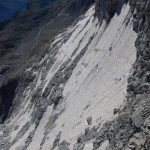 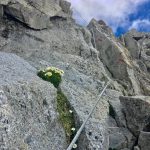 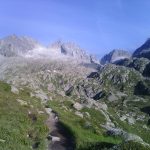 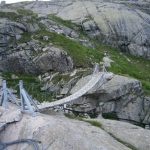 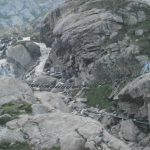