Via Ferrata of Monte Sarrandone

The Ferrata al Monte Sarradone is a short ferrata with no significant difficulties ascending to the little mountain of the same name.
It develops above the village of Castione della Presolana in the province of Bergamo. Short itinerary, ideal as a first approach to Vie Ferrate.
to via ferratas passable for most of the year.

The starting point of the itinerary is located in the hamlet of Bratto-Dorga in the municipality of Castione della Presolana.
Coming from the valley, you pass the village of Bratto in the direction of the Presolana Pass. after a hairpin we will notice in
up on the left the sign indicating the end of the hamlet. A few meters later, always on the left comes a
paved path but with a bar to close the passage. The approach takes place from that lane. possibility
of parking on the left side of the road just before the lane (a car) or about 100 meters ahead (3
cars).

The approach we advise is along the path mentioned in the previous paragraph. Parked the car e
uphill the paved path we climb ignoring a first track to the left. We go up to
intercept a path that comes from the right (path CAI 28) that we take to the left. Not long ago
we will reach a calcareous slab where the via ferrata begins, which is not signed (1260 m - ca 20 'from the parking lot)
- approx. 150 m difference in altitude - coordinates of the via ferrata 45 ° 55'39.30 "N 10 ° 3'59.05" E).

The rock where the ferrata extends is for the most part limestone and in some places, especially towards the end,
dolomite.

The via ferrata can be divided into two sections:

at the end of the first section, go up a stretch of connecting uphill towards the second slab, passing through the woods.

The descent takes place backwards.
An interesting alternative is to do a double abseiling from the summit to a small amphitheater
natural (about 30 meters) and then pass through the woods and resume the via ferrata for the descent. Total time
of the itinerary about 1h 45 '.

The via ferrata is fully aided with galvanized steel cable, stretched without slits, fixed with L-shaped taps. The ferrata is
rather simple and pleasant in its development. It is in fact used by some mountain guides in the area as
preparatory course for more challenging ferrates or from CAI schools for youth mountaineering courses. This is
probably the via Ferrata in the province of Bergamo easier with the Ferrata della Madonnina del Coren.

Traccia GPS per Ferrata del Monte Sarrandone. Itinerary: as per description above. 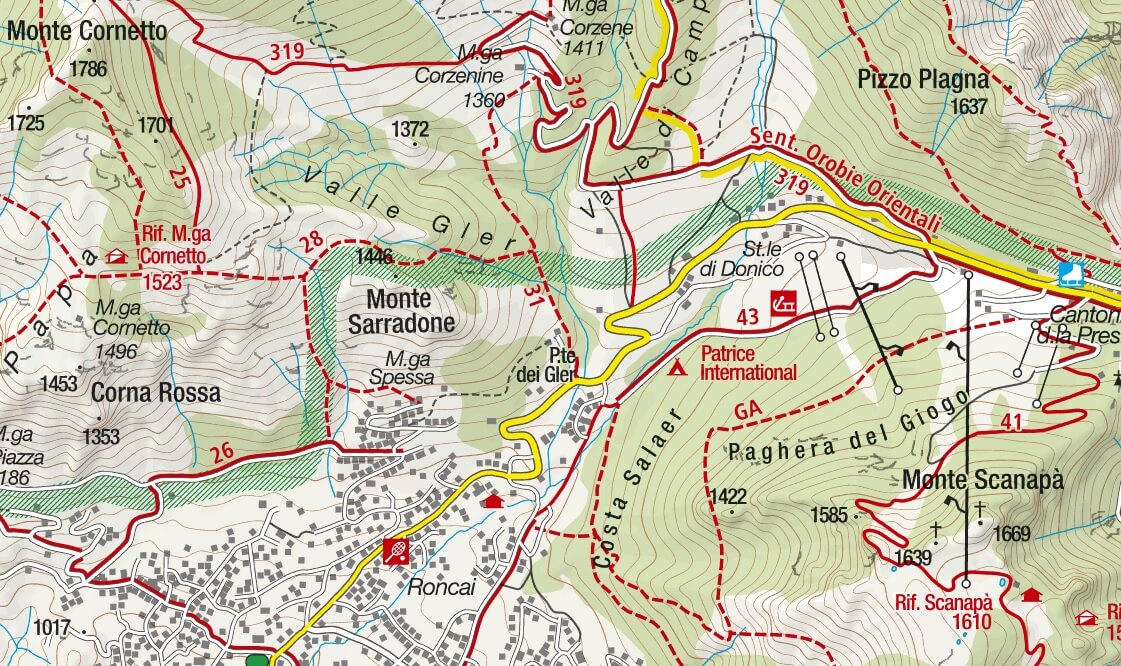 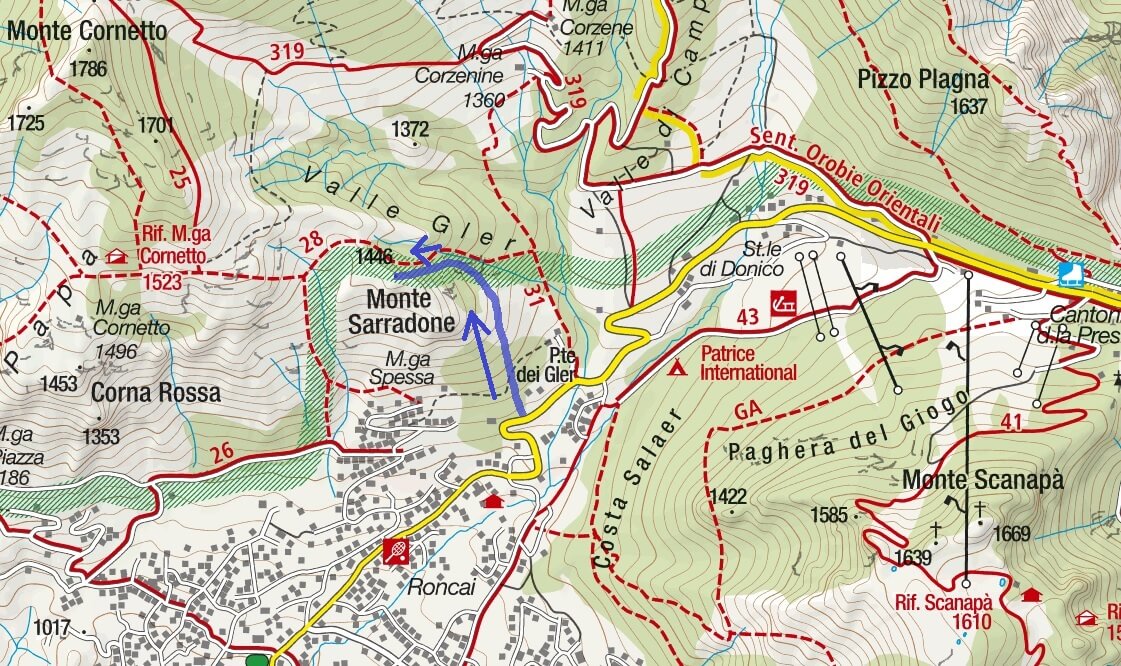 Images Ferrata del Monte Sarrandone. The images included in the report were sent to us by the users of the site. If you are interested in sending us photos, use the form on the left or send them to our Facebook page.