The Via Ferrata Nito Staich is a beautiful via ferrata that extends along the walls of Monte Tovo that extends above Oropa in the province of Biella. The via ferrata is aerial and demanding from a physical point of view. Many vertical stretches go up around exposed corners and walls with light overhangs, although they are never too difficult. The itinerary is short and lends itself well to being traveled in half a day by connecting another via ferrata in the Biella area.

The starting point of the itinerary is Oropia in the province of Biella. From the center of the village continue towards Rosazza up to an obvious hairpin bend to the edge of which there is a ruined religious construction. Next to the building there is a dirt road. Near the bend there is the possibility of parking along the road.

Take the dirt road shortly after the hairpin bend that leads to the Rosazza Hut. Continuing on the wide path you will come to a stony ground that the path tries to get around. We will have to go up the stony ground by first identifying the sign and then the red signs and some signs that will lead us along the uncomfortable climb up to the start of the Ferrrata Nito Staich (20 'from the parking lot).

The via ferrata begins by tackling an aided wall that immediately makes us gain altitude. We climb vertically on board an edge where we will stay on the left. After a very short stretch of path and an easy traverse we attach a second vertical wall longer than the first. At the end of the wall we climb a grassy path up to the first concrete pillar of the old cable car. This pylon rises vertically with the help of the brackets present until it reaches a short bridge of the 3-string monkeys that connects the pylon with the rocky wall.

At the end of the bridge proceed to the right on a traverse that goes around an unmarked edge and then we go up again briefly up to a grassy slabau. Follow the path up to an impressive diagonal wall. The initial stretch is a dihedral in which one comes out to the right up to a small roof with a slight overhang that juts over thanks to the metal frames. The climb in this section is vertical and increases the exposure. We go back up to having to cross the dihedral bringing us on his left side. We go up a short leap and we find ourselves on a grassy terrace where we momentarily detach the carabiner from the cable to reattach it just above. Attach an edge with a slight overhang that we will ascend to the left. Pass a short rocky cliff and attach another rocky wall with an unmarked dihedral. The dihedral ends and we continue the ascent where the light bellies of the wall are facilitated by quite wide brackets. You then come to a rocky pylon where we will initially climb vertically, then we will go around it on the left up to the second suspension bridge, also a monkey bridge on 3 ropes, very stable and not too exposed. After crossing the bridge, climb vertically to the right of the bridge. to then begin an exposed wall in which we will continue vertically in the direction of the rocky edge, very aerial. We go around the edge and go up vertically up to a wide grassy slabau where the metal equipment ends and with them also the via ferrata (1h 20 'from the start - 1h 40' total).

There are several options for the descent, one of which is also to take the cable car up to Oropa. Taking into account the parking we suggest, the preferable descent route is to take path D32 from the end of the via ferrata with white red signs on the opposite side. Near a crossroads, the left will take a wide mule track until it reaches the stone from which we had taken the last part of the path to approach the via ferrata. From here backwards on the approach path to the car (30 'from the end of the via ferrata -2h 10' total).

The Ferrata Nito Staich is an interesting ferrata that climbs an aerial and varied rocky edge. The many brackets present make it difficult on average, a level that would otherwise be much higher. The airy reigns over long stretches of the route. The equipment is excellent.

The province of Biella on its site offers the possibility to download the maps and the traces of the paths of the province. A commendable activity that really helps those who are not from the area to plan their trip. 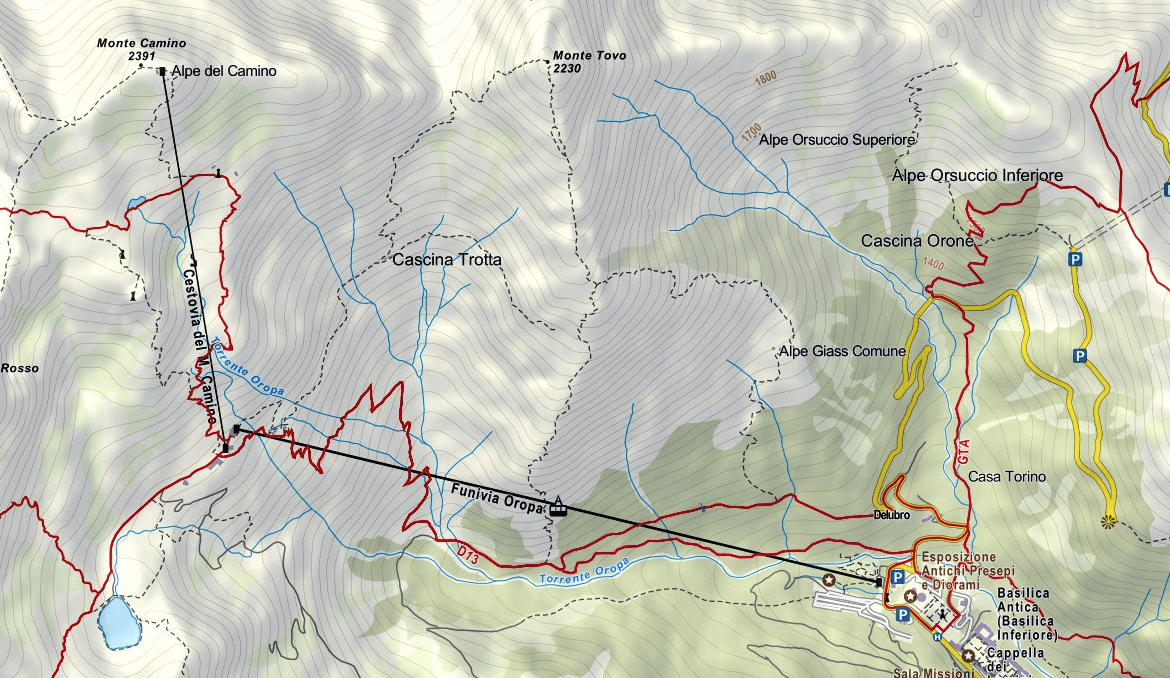 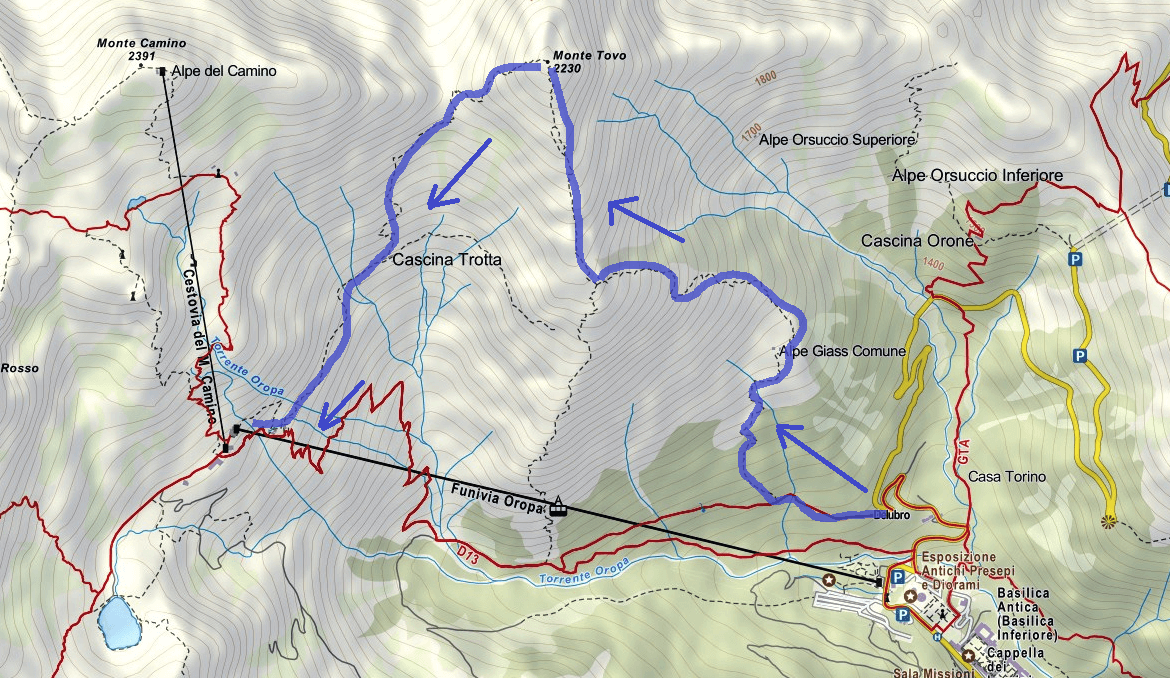 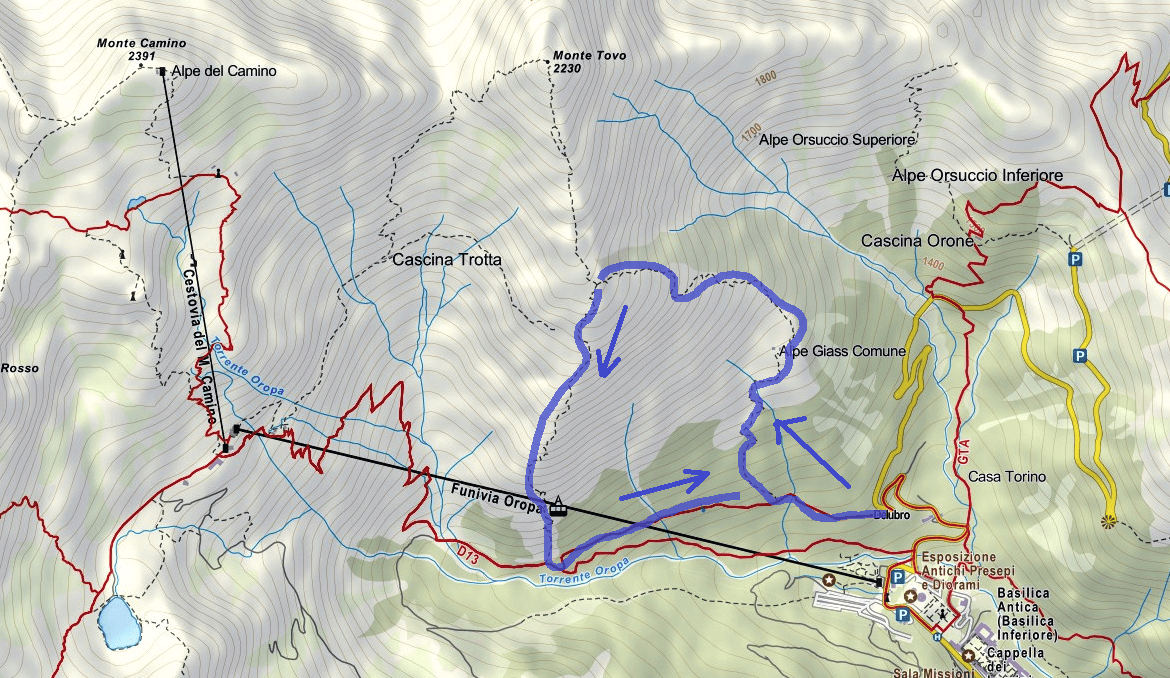 Images Ferrata Nito Staich. The images included in the report were sent to us by the users of the site. If you are interested in sending us photos, use the form on the left or send them to our Facebook page. 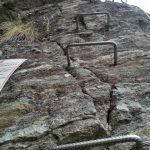 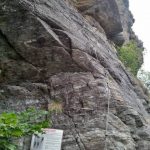 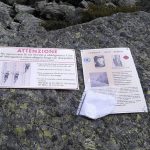 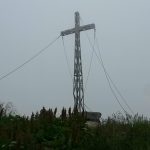 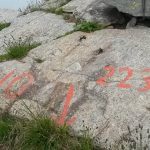 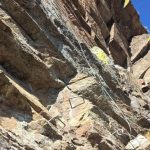 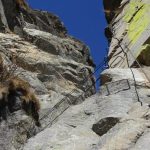 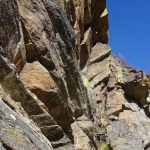 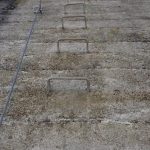 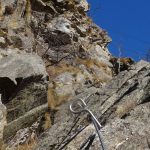 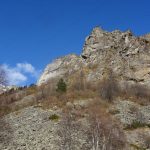 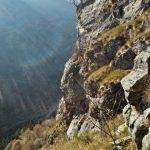 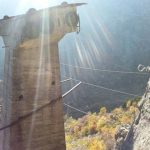 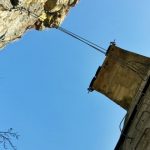 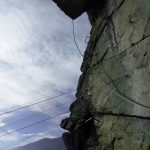 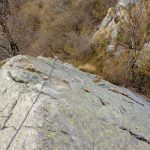 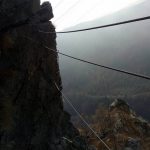 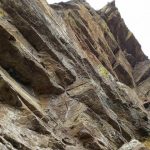 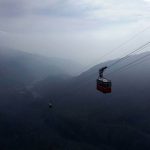 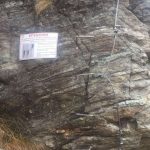 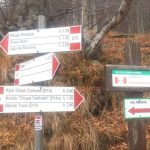 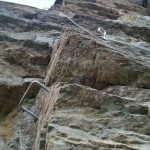