Review of the trip ascending to Monte Cimone from Val Dogna with the Ferrata Norina. A long itinerary that includes a ford, a long approach initially in the woods then on some steep and exposed sections. Medium difficulty via ferrata with which we reach the Shelter Del Torso and climb to Monte Cimone.

The starting point is located in the Val Dogna which can be reached from the town of the same name in the province of Udine. Cross the bridge to Dogna and proceed for about 4 km until you reach a narrow open space near a hairpin bend with a CAI pole. After leaving the car we take the trip.

Let the car go down with CAI path 640 in the woods losing altitude (about 100 meters) until you reach the river bed. There was a metal bridge to cross the river but it was destroyed by a flood in the river and now it is need to ford the stream. In the summer months the ford is not difficult but the water reaches the knees. On the opposite side of the river we remain on the CAI 640 which climbs steeply into the woods. We earn quickly and not without a certain height anxiety ignoring the crossroads of the CAI 651 up to reach the Cividale Shelter (1414 m - 2h 30 'from the car - about 2h from the river ford).

Leaving the shelter we continue on a slight slope on the path, which is sometimes full of vegetation. We ignore the crossroads for CAI 655 and continue towards the via ferrata following a sign clearly visible on rock. Attention now to a couple of gullies that tend to be covered with snow even in late season. We continue now on more exposed rocks and stretches, some of them aided, until we reach the start of the Norina Ferrata (1807 m - 4h 45 'from the car park - 2h 30' from the Bivacco Cividale).

The first stretches of the ferrata go up a narrow rocky gully followed by rather exposed path sections and a narrow aided ledge. Now begins the real via ferrata made of very craggy rocky cliffs that alternate grade II passages with some single more challenging passages. The fund is detrital and needs attention in proceeding. We go up between broken rocks then a succession of colanders aided with the environment that becomes always more beautiful and austere. The way is very logical and we go up the wall weaknesses until you reach a exposed edge that we go around and continue uphill alternating easy stretches to connecting pieces.

We reach a unmarked chimney where there are some brackets and we gain height again. We continue between rocks and passages until we reach the most iconic passage of the route: a dark canalino closed by a boulder. We go in to get out of it in a nice step in split. With this change the view changes: from the dark passage the gaze rises to the nearby Monte Cimone and the Torso Shelter. In a few minutes walk downhill we reach the shelter (2110 m - 1h 30 'from the start - about 6h total).

At this point it is possible to end the trip or continue uphill towards the summit of Monte Cimone. The route runs to side of the ridge and allows you to reach the summit in about 45 'from the shelter for a total of about 7 hours.

From the summit of Cimone, go back along the itinerary of the outward journey (6h from Cimone - 13 h total).

Taking into account the difference in height, the length of the itinerary and the fact of going down a well-aided route even downhill and a ford also for the return, we recommend breaking the itinerary in two days. Both the Shelter of the Torso and the Bivacco Cividale are in good condition and offer an excellent base for this rewarding trip far from crowds.

There are numerous opportunities for hiking and via ferratas in this corner of Friuli where they dominate Julian Alps. Proceeding north we can reach the short but difficult Ferrata dedicated to the Lieutenant Ferrante of Ruffano. Moving on the side of the Jof di Montasio we can take the challenging route Via Ferrata Amalia at Jof Montasio as well as i Aided paths Lever and Ceria Merlone. You can go up to the Jof Fuart with the Ferrata Anita Goitan or go up to the Canin with the Ferrata Julia and Grasselli.

Traccia GPS per Ferrata Norina al Cimone. Itinerary: as per description above. 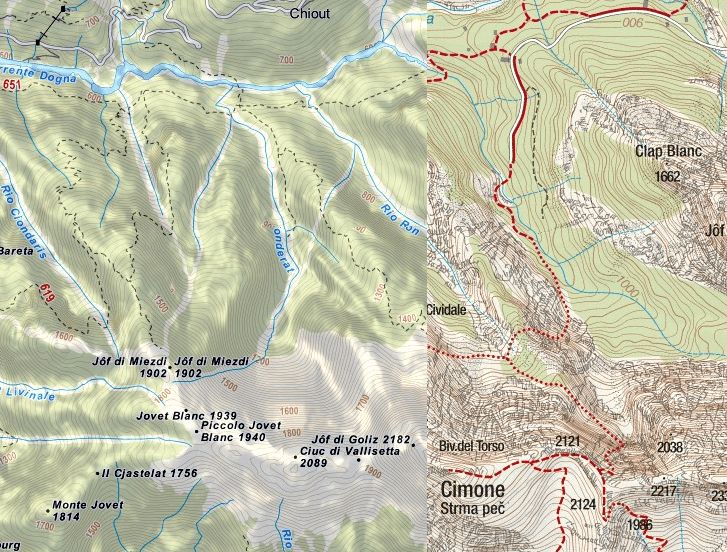 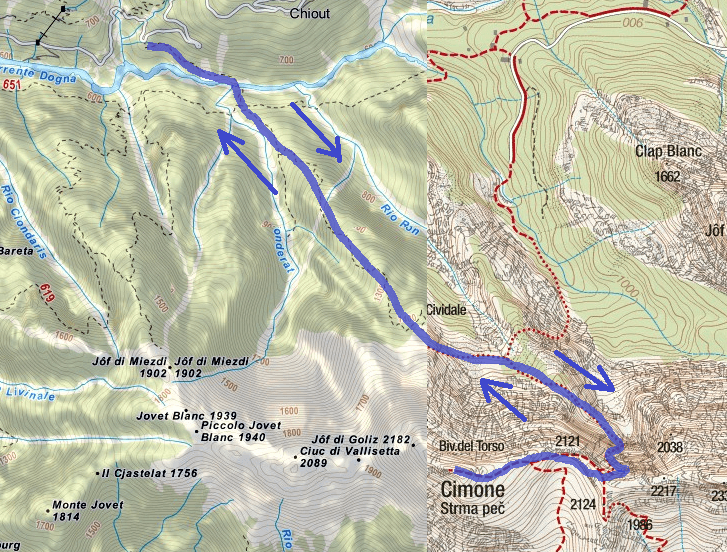 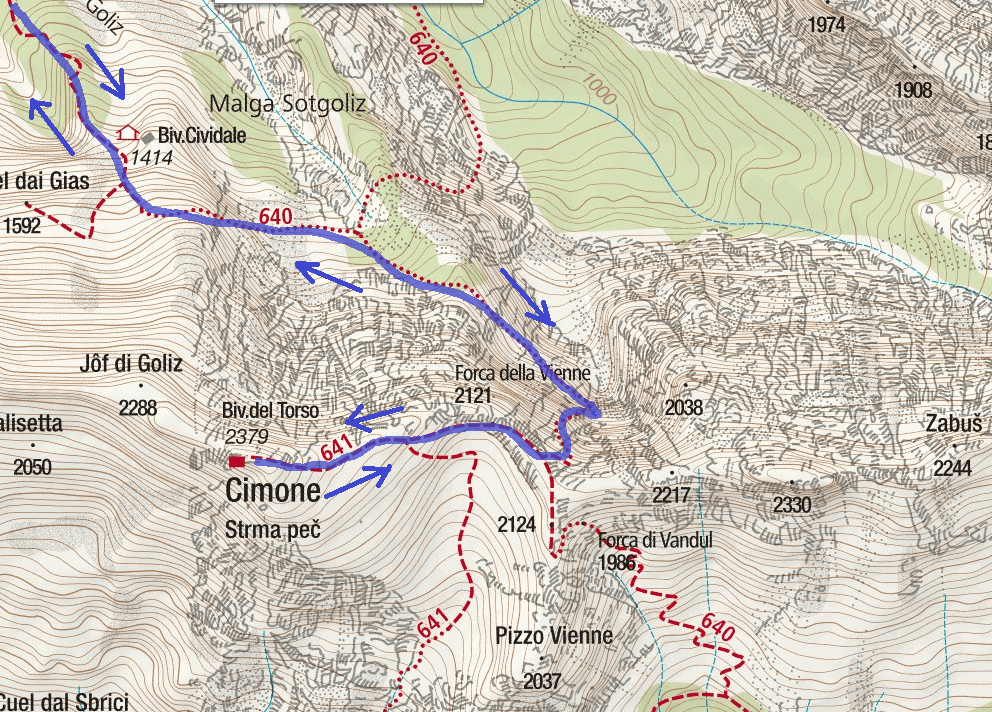 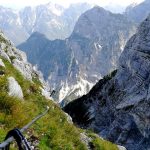 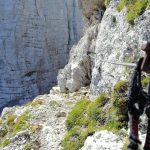 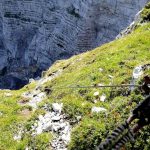 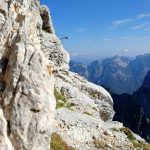 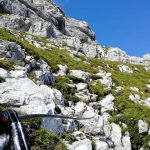 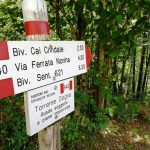 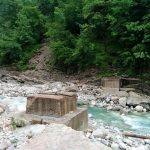 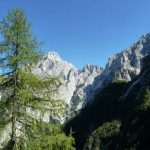 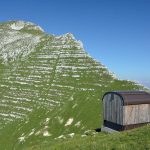 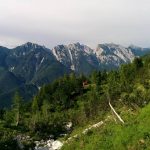 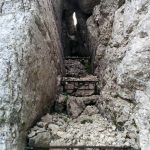 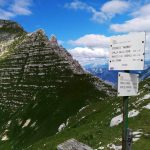 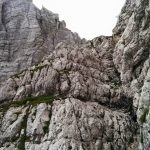 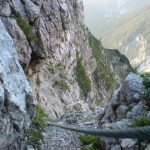 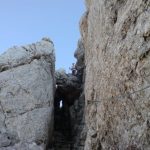 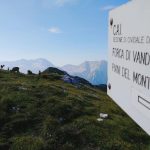 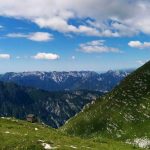 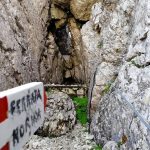 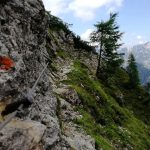 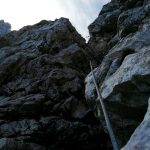