Via Ferrata Ovest or the Ultimo Sole

The starting point for the Ferrata Ovest or the Ultimo Sole is Piazzale Dante in Castelnuovo ne Monti in the province of Reggio Emilia. To reach Castelnuovo ne Monti generally take the SS 63 of Cerreto and, once in the village, follow the abundant indications for the Pietra di Bismantova. Plenty of parking opportunities, although often insufficient in the summer.

Leaving the car in the large square, go up the staircase, reach the Rifugio della Pietra, skirt it and follow the uphill path of the main path (CAI 697) to the summit slabau. They skirt impressive rocky walls in which it is easy to see climbers. In about 20 minutes from the car you come to a crossroads where a sign indicates the entrance to the ferrata on the left. In a few meters downhill you reach the start of theFerrata Ovest.

The via ferrata is divided into 2 parts:

Continue straight on the summit meadows, grafting onto the CAI 697 that goes down to the right towards Piazzale Dante (20 minutes from the end of the via ferrata).

A possible alternative is to go and see the final wall from the most famous Ferrata degli Alpini rising up the opposite wall (East). In this case, at the end of the ferrata continue to the left following the wide path that goes around the summit meadows. Once you reach the west wall, the final part of the ladder with which the via ferrata ends is clearly visible. Going around the wall to the left you will be able to clearly see the climb line of the ferrata (10 'from the end of the West Ferrata).

Easy via ferrata, ideal for those who want to approach this type of aided itinerary. For people with good ferrata experience it is possible to follow this downhill ferrata, perhaps after having traveled the Ferrata degli Alpini on the more complex East face. During the return, it is advisable not to remove the helmet until the arrival at the Rifugio della Pietra since it is not uncommon to see stones falling.

Ferratas that can be connected in the same itinerary:

Nearby via ferratas that can be reached by car on the same day:

The other Via Ferratas in the province of Reggio Emilia (Aided path of the Gendarme and Ferrata del Monte Alto) are included in long itineraries that are suitable for full-day trips. 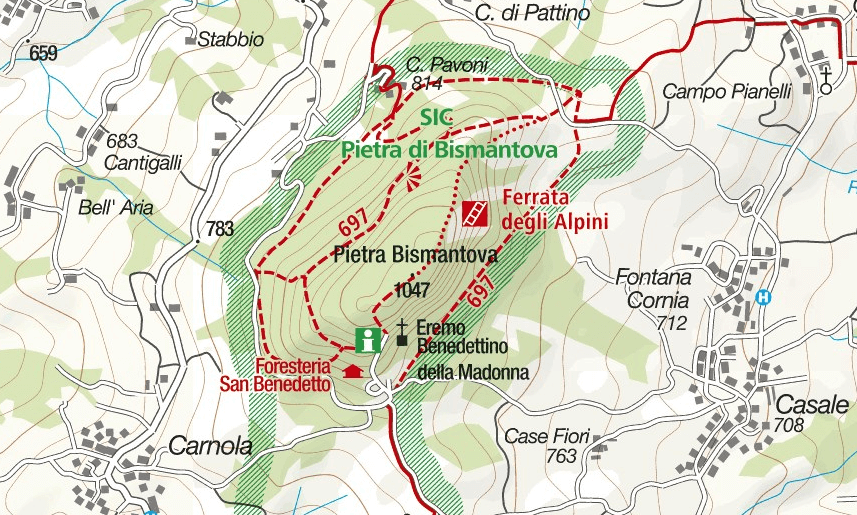 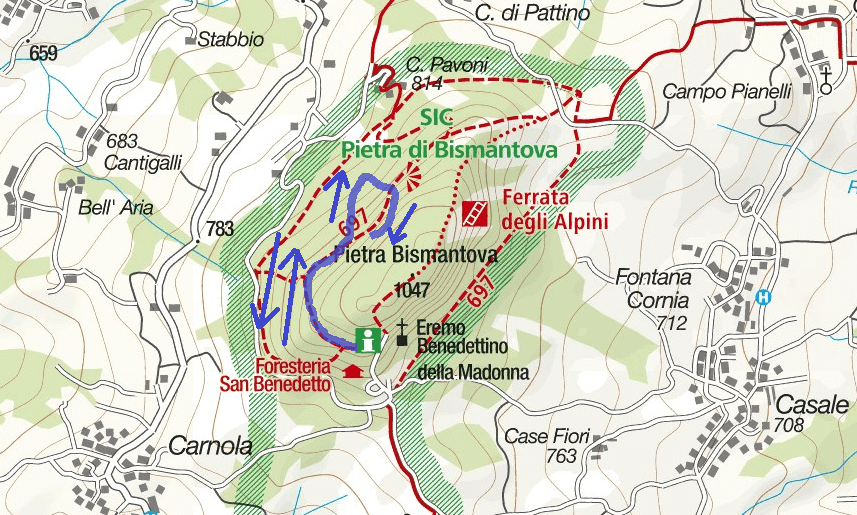 Images of the West Ferrata or the Last Sun. The images included in the report were sent to us by the users of the site. If you are interested in sending us photos, use the form on the left or send them to our Facebook page. 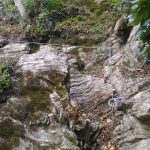 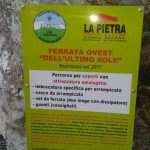 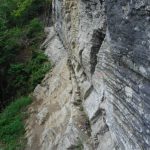 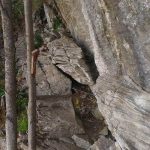 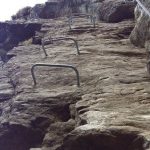 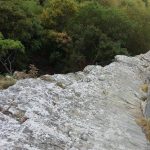 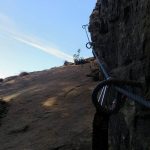 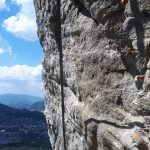 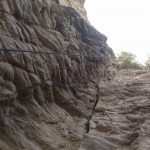 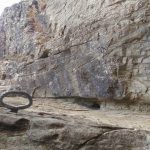 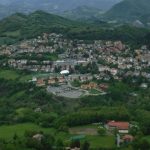 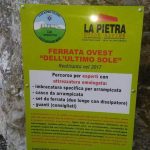 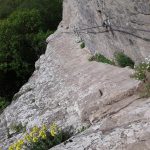 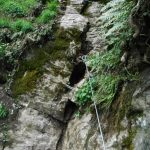 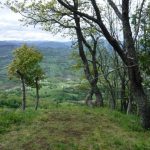 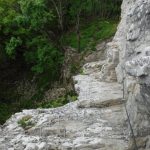 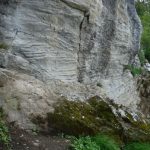 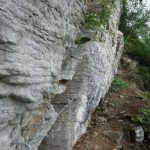 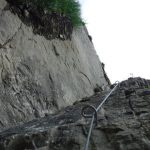 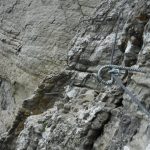 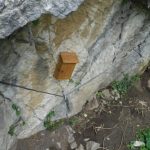 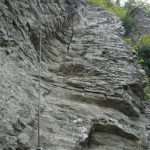 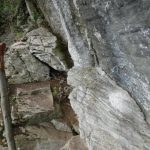